REAL MADRID have stormed to the top of LaLiga after completing a stunning comeback against Valencia on Sunday evening.

Late goals from Vinicius Junior and Karim Benzema snatched all three points at the Mestalla after a former Real player opened the scoring. 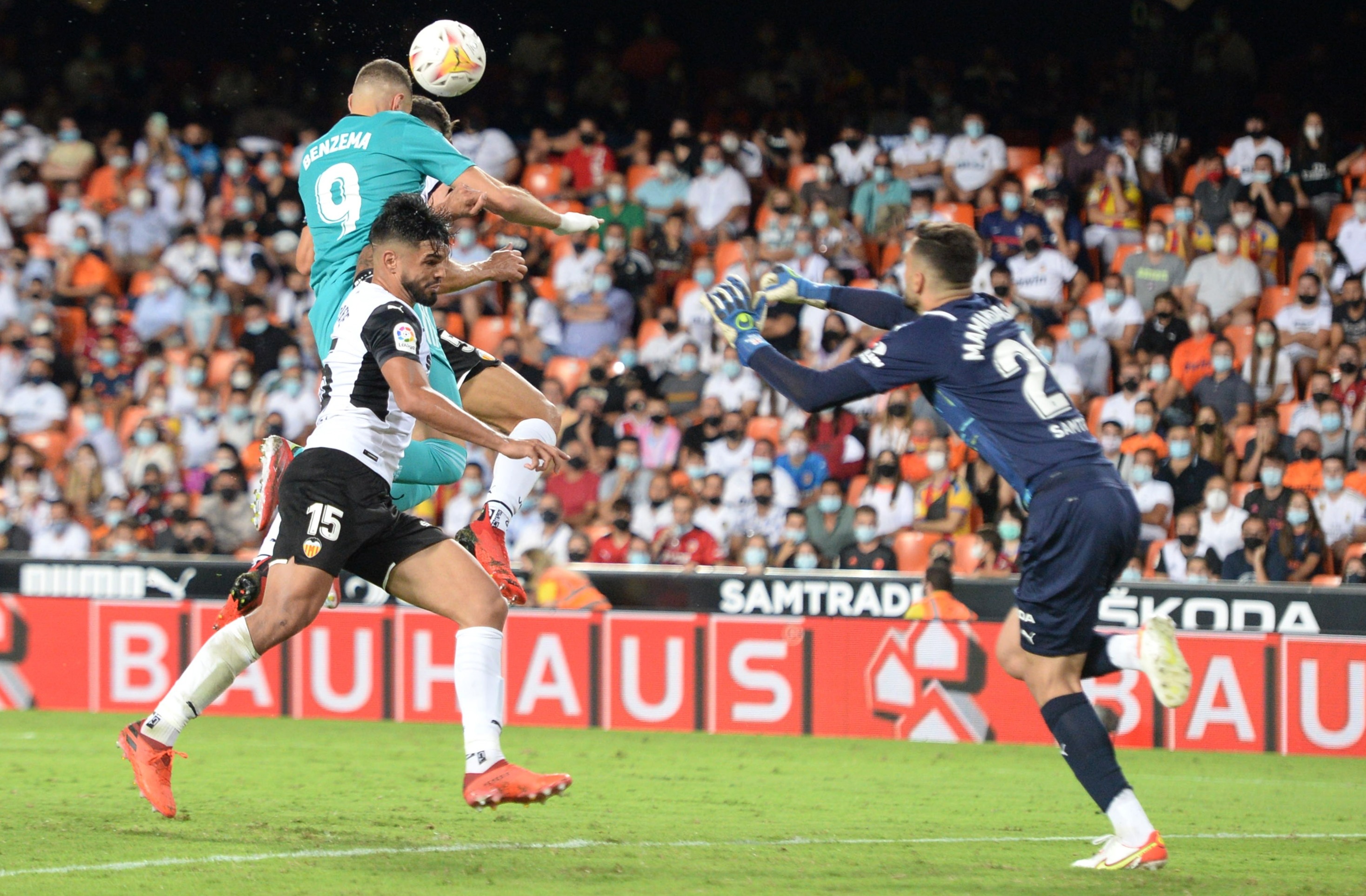 Valencia took the lead in the 66th minute thanks to Hugo Duro, a Spain U21 international who spent last season loan at Real.

The talented striker let the ball bounce before unleashing a clinical left-footed half-volley into the corner of Thibaut Courtois' goal.

And it seemed as if all three points were staying in Valencia until Benzema produced yet another masterclass in the dying embers of the game.

The experienced striker laid the ball off to Vini Jr for the Brazilian to find the back of the net with a deflected effort.

Real were without Gareth Bale for their trip to Valencia after the Welsh winger suffered a hamstring injury in training.

Eden Hazard did start for Carlo Ancelotti's side but failed to make an impact as Valencia took the lead just after the hour mark.

Victory would have sent the hosts top of LaLiga but it is Real who now lead the way in Spain, two points clear of champions Atletico Madrid.

Barcelona are currently languishing in tenth but can go level with their bitter rivals if they win their two games in hand.