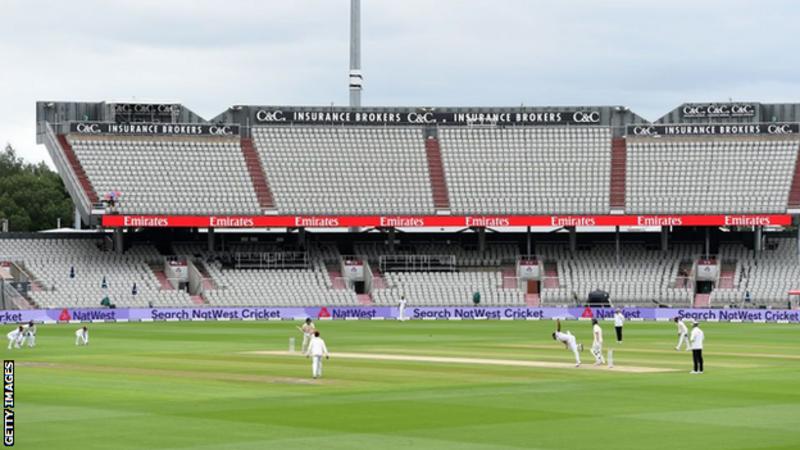 The government is confident it can move towards a safe return for fans to watch sporting events in stadiums, says Minister for Sport Nigel Huddleston.

Prime Minister Boris Johnson has said spectators could be able to return to stadiums in England from October.

On Tuesday, Warwickshire faced Worcestershire at Edgbaston as part of a pilot programme that saw a limited number fans allowed inside the ground.

Speaking to BBC Sport, the MP for Mid Worcestershire said the government will look at the pilot events and how to build up the number of spectators over time.

“I’m confident that we can find a way to move forward,” he added.

“Of course, whether it’s sports stadiums or theatres and all sorts of other things, we’ve seen in other countries there is a way to get full audiences without a vaccine.

“I’m confident that there are measures that can be put in place that can give both those taking part in the sports and spectators confidence that they are going to somewhere safe.”

Among the pilot events are the World Snooker Championship, the Goodwood horse racing festival, and another county cricket friendly between Surrey and Middlesex at The Oval.

Any stadium re-openings are subject to coronavirus guidelines.

And Professor James Calder – who has chaired the cross-sport working group with government and health officials on the return to sport – has told BBC Sport that sports events are highly unlikely to have full capacity crowds this year.

‘It’s really important that football looks after itself’

Domestic competitive sport in England resumed on 1 June for the first time since mid-March, with football’s Premier League and English Football League getting back under way on 17 and 20 June respectively.

The Premier League season has now been successfully completed, but there are fears over the impact the pandemic and absence of fans will have on clubs lower down the pyramid.

“The Premier League have advanced £125m to the lower leagues, but it’s really important that football looks after itself,” said Huddleston.

“I’ve been very clear when I’ve had conversations with them that we expect them to do so. There’s lots of money in football in Britain and there are some clubs in difficulty.

“I think it’s important that they all take responsibility to look after each other in a pyramid. We are having those conversations.

“I think there is room for improvement and of course we are looking as well at the whole structure of sports, and we’ll be looking at a grassroots review of sports governance.”

‘We will be working on more diversity to be more representative’

This week, Commonwealth Games Federation president Dame Louise Martin stepped down from the Birmingham 2022 board amid concerns over a lack of diversity.

The Games’ organising committee has been criticised for having an almost entirely white executive management team and board.

“Dame Louise is still going to be very much part of the Games but she’s decided to stand down. We’ve got Sandra Osborne, a very capable individual, coming in, and I think we’ll see some more changes as well.

“We will be working on more diversity to be more representative, we want more diversity in sport and that means at every level, including the managerial and the executive level.”