TYSON FURY landed TWICE as many punches as Deontay Wilder after an epic trilogy win in Las Vegas.

In a rollercoaster fight, Fury scored a total of three knockdowns but was twice floored himself. 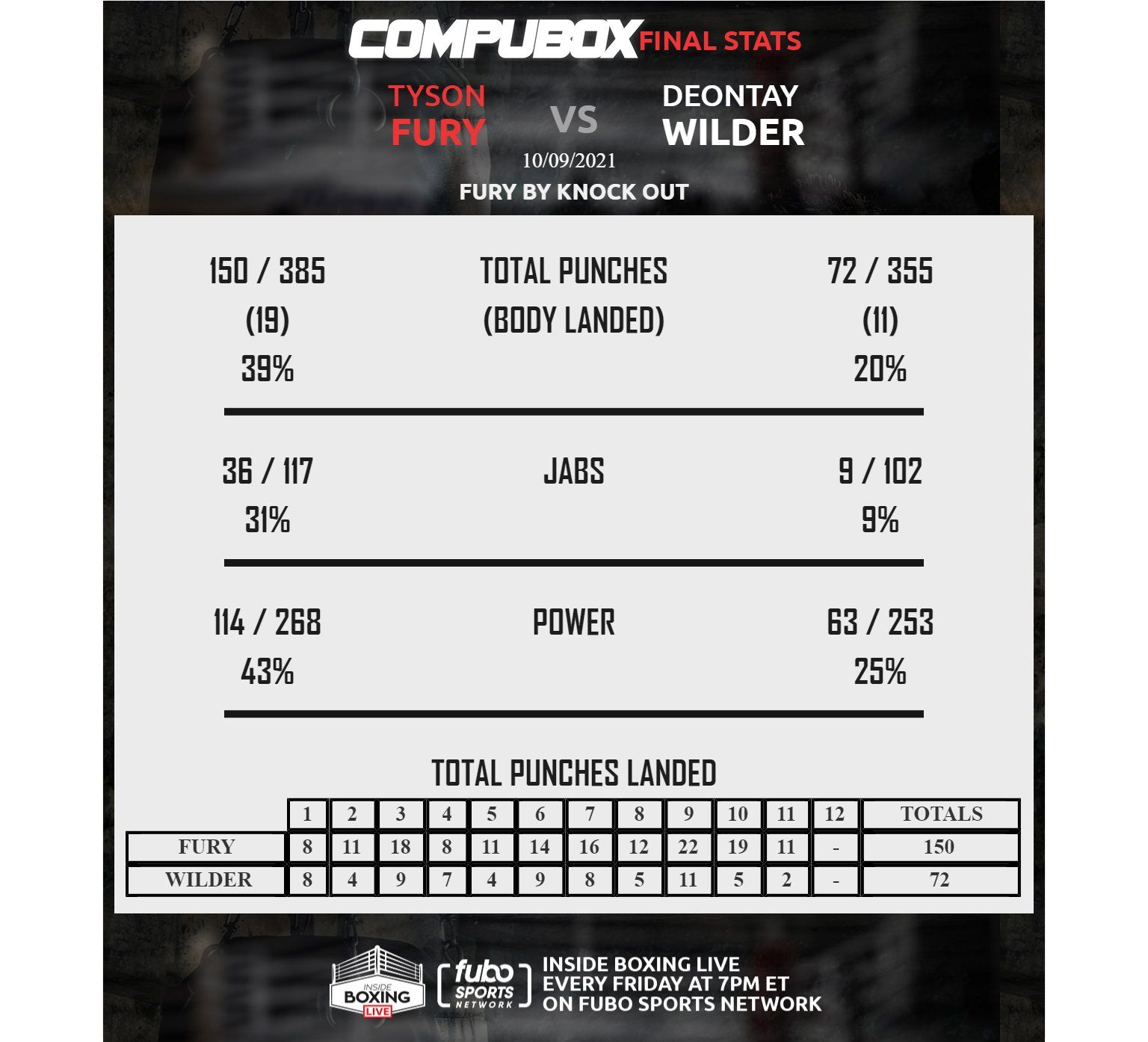 But his class prevailed as he later knocked a brave and resilient Wilder out in round 11.

The CompuBox punch stats later revealed Fury landed 150 punches out of 385 thrown, with an incredible accuracy of 39 per cent.

Wilder, who had the Brit down two times in round four, threw 355 but only connected with 355, giving him a 20 per cent accuracy.

Fury's trainer Sugarhill Steward pleaded with the Gypsy King to 'jab the motherf***er' in order to offset Wilder's attacks.

And the WBC champion finished the fight with 36 jabs landing from 117 thrown, with an accuracy of 31 per cent.

Wilder meanwhile, landed with only NINE jabs from the 102 thrown, meaning he connected with just nine per cent.

Fury's power punching is where the fight was decided, landing with 114 of his 268 attempts, ending with 43 per cent accuracy.

Only in the first round, with eight shots connecting for each, did the American, who was later rushed to hospital, equal Fury's output.

Fury said: "It was a great fight, rarely do we see heavyweight trilogies but they never disappointed.

"Me and Wilder saga is done for good now, it swung both ways, we both had chances to win but I dug deep and wanted it more.

"It comes down to who pushes further but I was not willing to go to the judges." 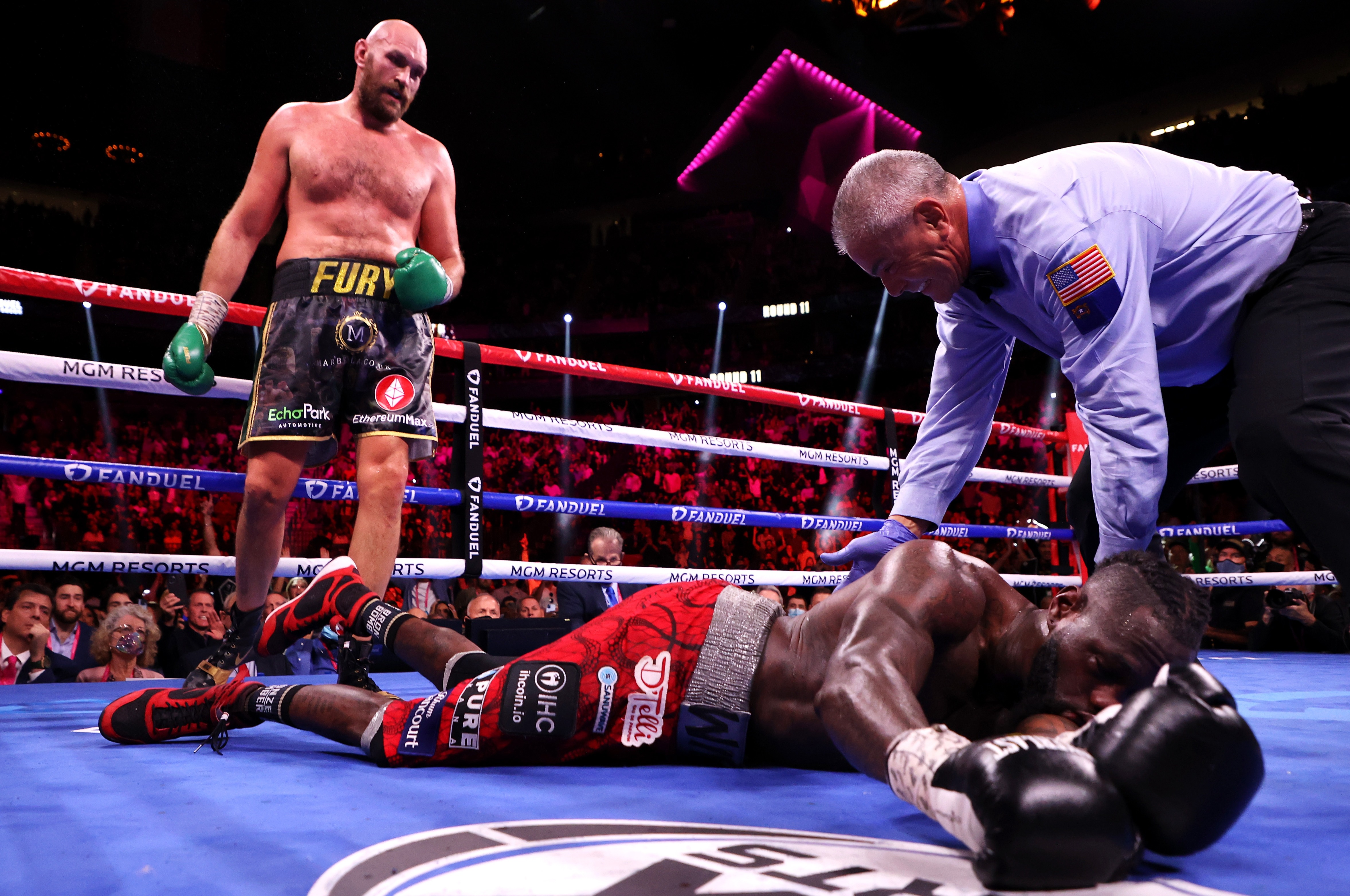