Tenacious Tully Kearney says her rousing Paralympic recovery tale should be proof to anyone with a disability they should never stop chasing their dreams.

Kearney, 24, will finally fulfil a lifetime ambition this week as she takes to the Tokyo water as part of ParalympicsGB’s 23-strong swimming squad.

Kearney, a seven-time world champion across freestyle and butterfly, had her Rio 2016 hopes ruthlessly ripped away as she was forced to withdraw owing to a significant progression of her generalised dystonia.

Five years of rollercoaster reclassifications have followed but Kearney, who went to school with five-time Paralympic champion Ellie Simmonds, wants her miraculous comeback story to inspire the next generation of stars.

Kearney, from Aldridge in the West Midlands, said: “It hasn’t really sunk in – it’s completely unreal. We all thought that after withdrawing from Rio that I’d never get this chance again – so it’s just absolutely incredible.

“I don’t think anyone thought I’d be able to get back to the same level I was at back then. I actually never thought I’d physically have enough movement to swim again. It’s crazy.

“I think I’m just proof that if you really want something, you can find a way to achieve it. As a patron of the Dystonia Society, and having a condition like dystonia, it is really hard to see the positive sometimes, especially if it’s massively progressed like mine did.

“You just have to adapt them to what you can physically do.”

Kearney was born was with cerebral palsy and generalised dystonia, conditions that affect her lower limbs, left arm and shoulders.

She rapidly emerged as one of the hottest prospects on the Midlands swimming circuit and attended The Cooper and Jordan School, in Aldridge, alongside ParalympicsGB trailblazer Simmonds, 26.

Kearney watched on as Simmonds – two school years above her – racked up a pair of gold medals at both Beijing 2008 and London 2012 and remained firmly on course to follow in her footsteps in Rio. 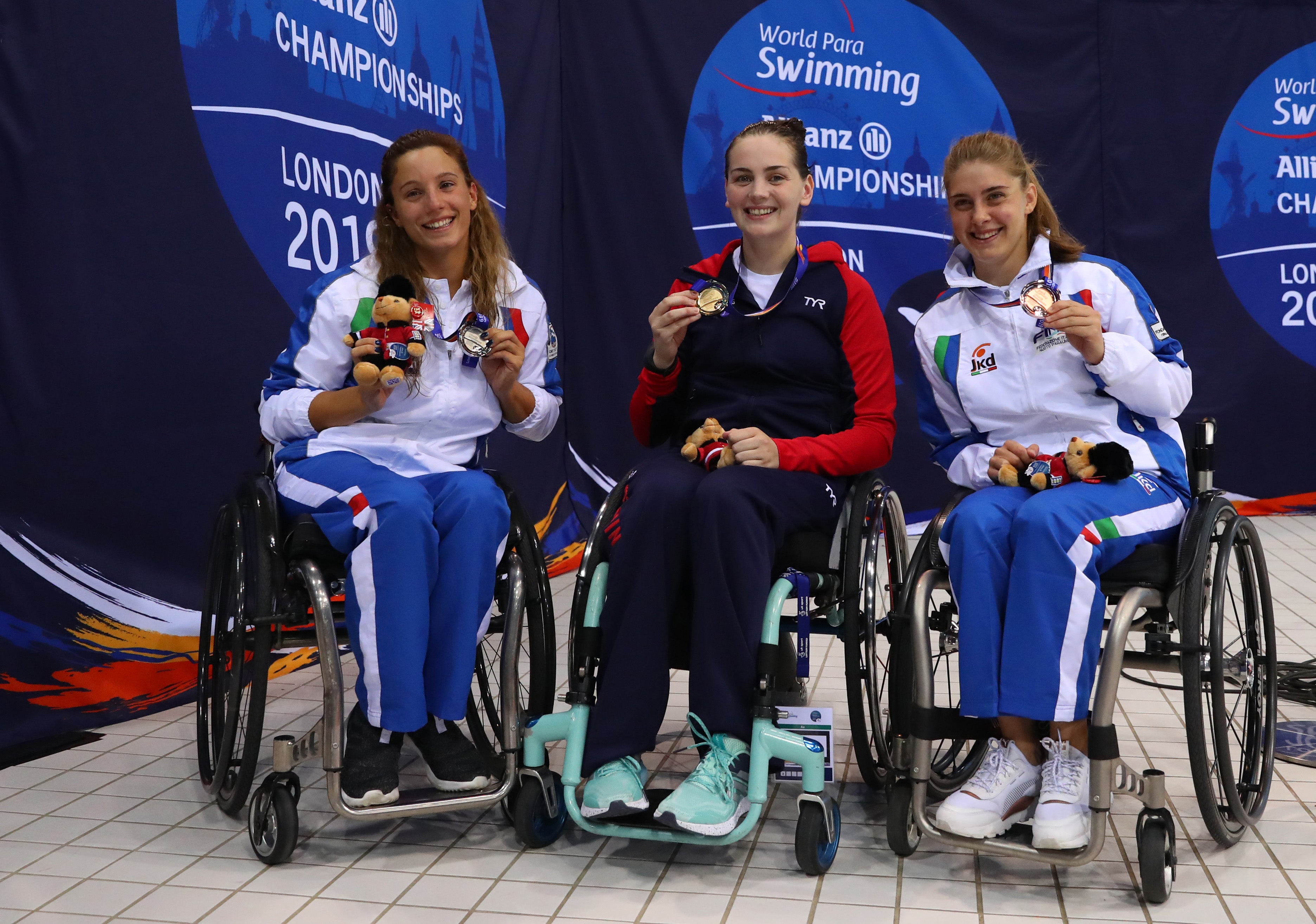 Tully Kearney will fulfil a lifelong dream in Tokyo

A bulging haul of five medals – four gold, one silver – at the 2015 World Championship in Glasgow catapulted her into contention but after her generalised dystonia progressed in the build-up to the Games, her Paralympic dreams were shattered as she was forced to withdraw.

The deterioration of Kearney’s condition saw her classification revised – twice – in 2017 and 2018 to the S5 category before a gold medal treble at the 2019 World Championship hauled her back on the Tokyo track.

She’s now gunning for glory at her first Paralympics but admits her sporting fairytale is already complete.

“For me, with everything that went on with Rio – honestly, the main aim for me is just to get on the plane,” added Kearney, who is able to train full-time and benefit from world class facilities, technology, coaching and support teams thanks to National Lottery funding.

“It was just to be able to come back and say that I am a Paralympian. That’s all I wanted for the last ten years.

“Obviously, if I did win a medal, that would be a bonus. But really, for me, it’s just to be able to say that I am a Paralympian that would be amazing.”P

No one does more to support our Olympic and Paralympic athletes than National Lottery players, who raise around £36 million each week for good causes including grassroots and elite sport. Discover the positive impact playing the National Lottery has at www.lotterygoodcauses.org.uk and get involved by using the hashtags: #TNLAthletes #MakeAmazingHappen