Zak Skinner and Hannah Cockroft were both ‘absolutely gutted’, though for very different reasons.

Wheelchair racer Cockroft had just won her seventh Paralympic title by almost 11 seconds, missing her own world record by a fraction. Skinner was short of a long jump bronze by just two centimetres.

There are many gradients of gutted at these Tokyo Games and it wasn’t hard to know who to feel more sorry for.

With Great Britain delivering medal after medal with the regularity and efficiency of a Shinkansen bullet train, it is easy to forget that podiums aren’t a penalty kick at the Paralympics.

Skinner – whose father is former England rugby star ‘Mick the Munch’ – had endured a nightmare build-up, missing key preparation time after a hamstring injury and then contracting Covid.

With just a few jumps of the competition remaining, his best effort of 6.91metres put him in third, only for American Isaac Jean-Paul to erase it with a 6.93m leap. Skinner had one last jump to snatch back the medal but fouled his effort, leaving him crestfallen.

Skinner, 22, revealed his father, who was capped 21 times by England, wrote him a letter he opened on the eve of the competition. And he claims they’ll be no-one better to pick him up when he returns from Japan.

“He knows what this feels like more than anyone else, he lost a World Cup final and I’ve just lost a Paralympic medal,” he added.

“If there is anyone who is going to be able to pick me up and make me realise how far I’ve come it’ll be him.

“He wrote me a letter that said: ‘Don’t open till needed,’ I read that and it was everything I wanted to hear. He told me that I can compete, he told me to be the competitor I am. I had that fire in me but it just wasn’t enough.

“It just hurts, I just wasn’t able to manage it on the big stage. I’m going to use this to fuel the fire because I don’t ever want to feel like this again.

“This is going to sting for a bit but I’ll come back stronger. I’ve always had the belief in myself, I thought I could win this.

“This isn’t an excuse but it’s not been an easy 18 months for anyone, everyone on that field has had challenges. In the Europeans in June I tore my hamstring, which took me out for three weeks and as soon as I came back I caught Covid, that took me to six weeks without training.

“I sat down six weeks ago with my coach, I’d just ran nearly a second off my PB and I was in no shape. We didn’t have long to salvage my season, thinking about that you could say I’ve done well but I’ve not got a medal.”

Bloodied but still not beaten, Cockroft powered to yet another Paralympic gold, as close as it comes to a wheelchair racing certainty in Tokyo. 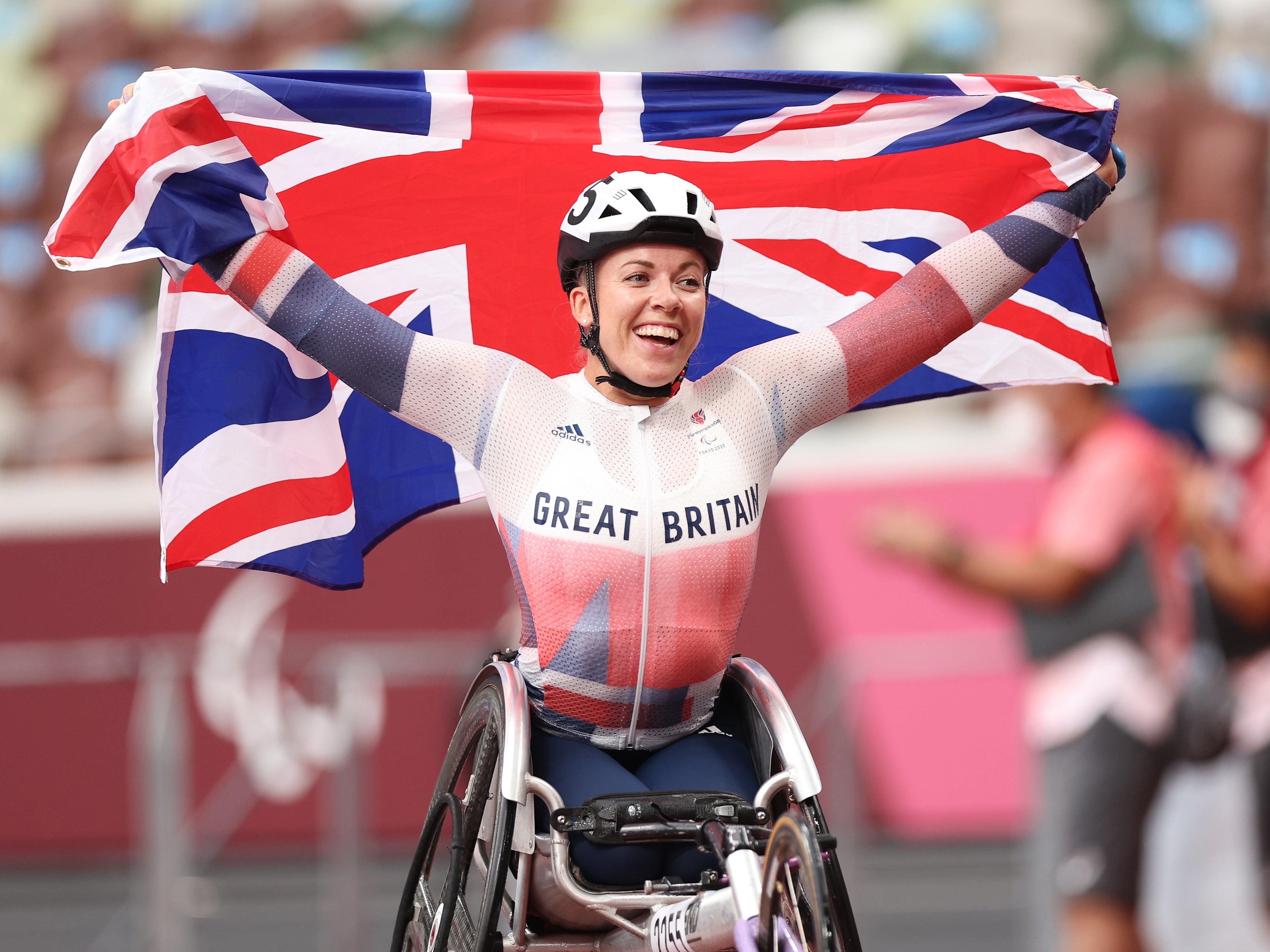 But she almost didn’t take the start line after catching herself in the spokes of her chair during warm-up, racing with her right hand heavily bandaged.

But as Tropical Storm Mirinae made landfall in Tokyo, there was just no stopping Hurricane Hannah, who took nearly 12 seconds off her Paralympic record from five years ago in a time of 1:48.99, one tenth off her world best from earlier this year.

“I’m absolutely gutted,” she joked, her teammate Kare Adenegan taking silver. “I was so close that to world record, I couldn’t have got closer if I’d tried.

“I’m really happy with gold but I’m obviously a bit frustrated I couldn’t quite squeeze under that time but to go close on a rainy day. I did that time in Switzerland on the fastest track in the world so to come here and replicate it, I’ve got to be proud.

“I put my hand through the wheel while the chair was moving, I’ve never ever done that but I decided to do it today. It was pretty bloody but its fine.

“The doctors were leaning towards pulling me out but I was ‘no way’. Even if my hand’ had fallen off I was going to be on that start line.”

Adenegan is undoubtably Cockroft’s closest rival but she’s a long way back and the 29-year old is only getting faster, taking nearly 30 seconds off her best time over two laps in the last six years.

Cockroft wants more investment, too, though you have to wonder how much more she’d win if you add appliance of science to her peerless racing skills.

However, she credits a new pair of gloves, manufactured on a team-mate’s 3D printer with her best ever season of times and results.

“This chair has barely changed since I started racing, there’s no investment in it. It’s the best it can be but it’s not aerodynamic. I’d love to get involved in the tech side and find out how much quicker I can go.”

Sainsbury’s is a proud supporter of ParalympicsGB and a champion of inclusive sport for all. Sainsbury’s commitment to helping customers to eat better has been at the heart of what we do since 1869. For more information on Sainsbury’s visit www.sainsburys.co.uk/ and https://paralympics.org.uk/