The U.S. Ryder Cup team built the biggest opening day lead over Europe since 1975 on the first day of the tournament, finishing leading 6-2.

While Tiger Woods did not make the trip to Whistling Straits, the legendary golfer texted U.S. members of the team and some players said it helped inspire them during their matches. 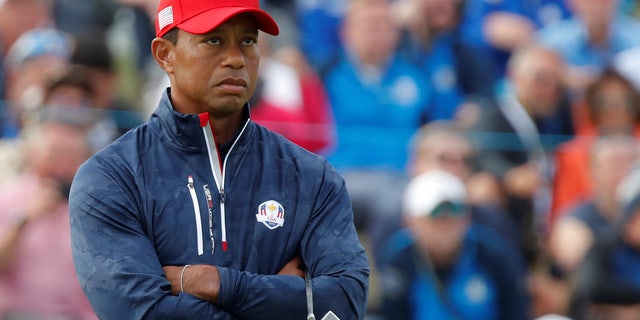 Tiger Woods was a part of the 2018 US team.
(REUTERS/Charles Platiau/File Photo)

Woods is recovering from injuries suffered in a horrific car crash in February. He’s been seen in a walking boot in the months since but has not been able to get back to the golf course in any capacity. U.S. captain Steve Stricker said before the Ryder Cup there was still a role for Woods.

“Tiger’s not with us in person, but I know he’s watching and talking to Stricker a lot,” Harris English said. “We know he’s got our backs, so that’s really cool, and we kind of used that energy today.”

Xander Schauffele said the players were excited to hear Woods was cheering them on from his Florida home.

“We knew he was fist-pumping from the couch. Whether he was on crutches or not, he’s as fired up as any back at home. So it’s nice to have his support,” Schauffele said. 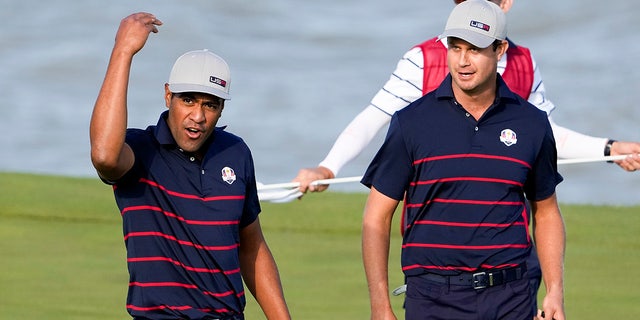 Stricker said he received a text from Woods on Thursday and sent it to team members Friday.

“He’s a friend of a lot of these guys, and these guys look up to him and I lean on him a lot throughout this whole process. So it was great to hear from him and provide some words of encouragement to these guys,” Stricker said.

The U.S. has not won the Ryder Cup since 2016 and has only won it twice since 2000. A U.S. win at Whistling Straits this weekend would add to the great rivalry.