Home » Sport » The Diamondbacks Keep the Mets Reeling on the Road

PHOENIX — Merrill Kelly struck out a career-high 10, Ketel Marte hit a long homer and had three runs batted in, and the Arizona Diamondbacks beat the Mets, 7-1, on Sunday.

Marte hit his first career leadoff home run, against Steven Matz (4-4), a 482-foot shot that matched Nomar Mazara of Texas for the longest in the majors this season. He added a two-run single in the eighth.

Eduardo Escobar also hit a two-run shot in the first inning, and Kelly (5-6) held the Mets to six hits in seven and two-thirds innings.

Wilson Ramos homered and Amed Rosario had three hits for the Mets, who lost for the 17th time in their past 21 road games. Matz was the only other player with a hit for the Mets.

“Overall game, bad defense, bad pitching, no offense,” Mets Manager Mickey Callaway said. “You are going to lose when you have those.” 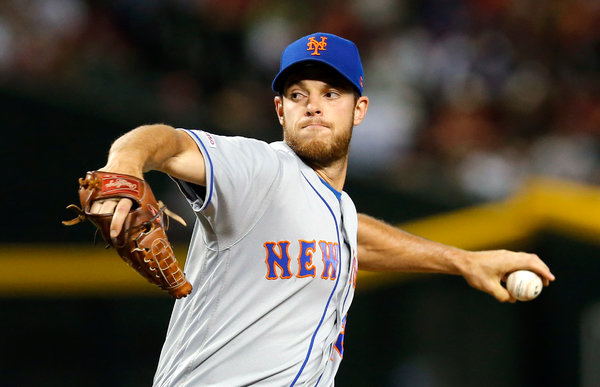 Kelly, a right-hander, was sharp after allowing four earned runs in each of his past two starts. He gave up Ramos’s solo home run in the second inning but had the Mets swinging through his big-breaking curveball most of the day.

Kelly asked the trainer to come out after feeling nauseous warming up in the sixth inning, but he stayed in the game. He was lifted after Rosario beat shortstop Nick Ahmed’s throw for his third single.

“I felt like I was going to have a special day as we got later in the game,” Kelly said.

Matz had allowed two earned runs or less in his previous three starts. He gave up more than that in the first inning against the Diamondbacks, who won their second in a row after enduring a five-game skid.

Marte led off with a home run that landed on the concourse in left-center for the sixth-longest in Chase Field history. Escobar lifted his two-run shot just over the left-field wall into the Diamondbacks’ bullpen to put Arizona ahead, 3-0.

Arizona scored two more runs off Matz, a left-hander, in the fifth inning on four straight two-out singles to lead by 5-1. Matz allowed five runs and eight hits and struck out five in six innings.

“It’s tough when you’re on your heels in the first inning,” Matz said. “You really have to grind to come back. I was able to go six, and so that is the only positive I can take out of that.”