When the Ukraine-born heavyweight legend floored AJ in the sixth round of their 2017 Wembley thriller, the Watford ace knew it was the sort of skull-rocking shot that could leave him carried out of the ring on a stretcher. 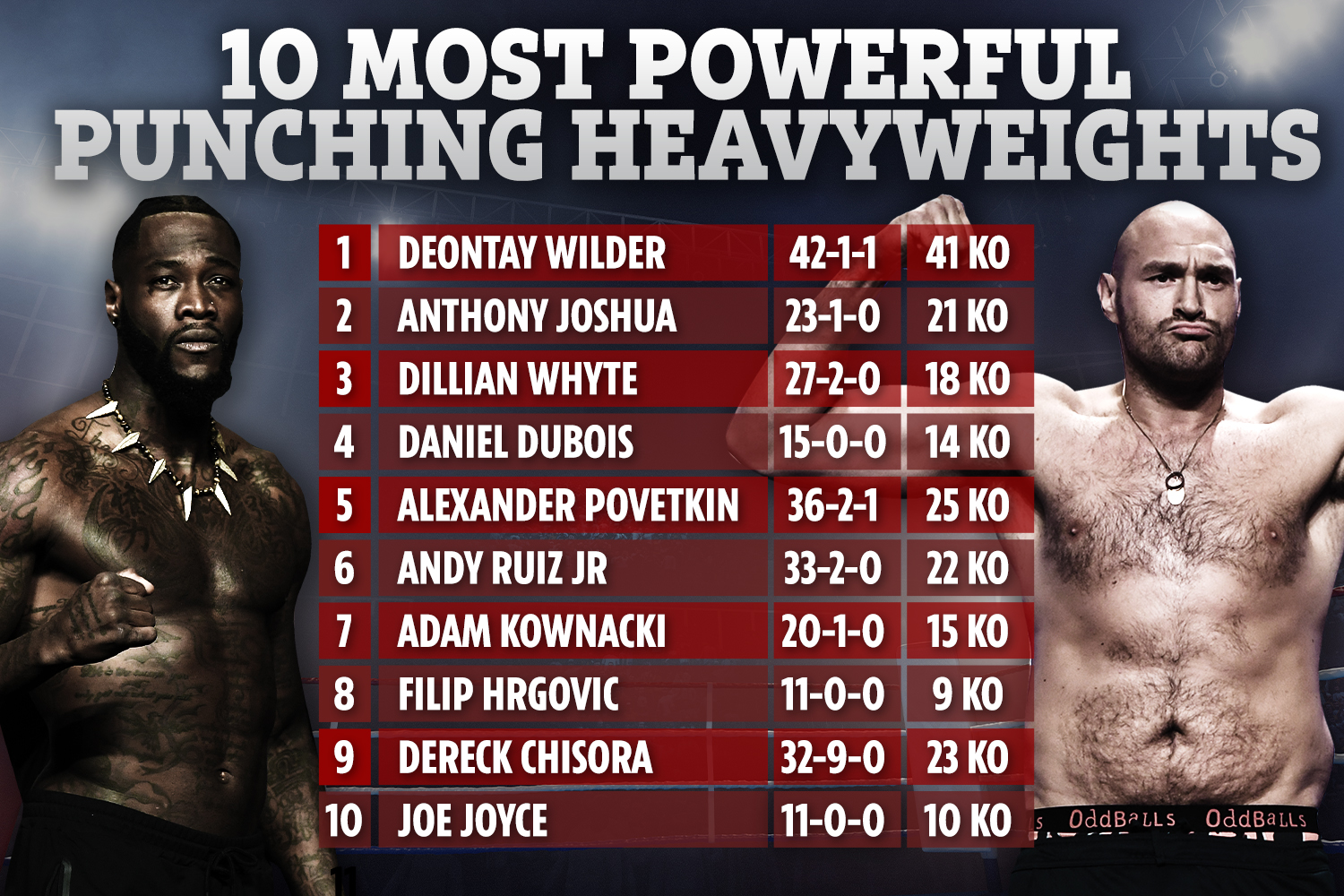 But, after coming through that Wembley war with a win, his three heavyweight belts were snatched away by a shapeless 19st Mexican with rapid hands and a peach of a shot that concussed him.

It was not the power in the third-round left hook, the punch Joshua has always looked most vulnerable to, but it’s accuracy.

By clipping the softest part of Joshua’s skull, the temple, Ruiz left him in a fog for four more rounds and primed for three more floorings, before the action was stopped.

With Tyson Fury looking by far and away the most talented all-round fighter in the top division, can anyone blast through him? 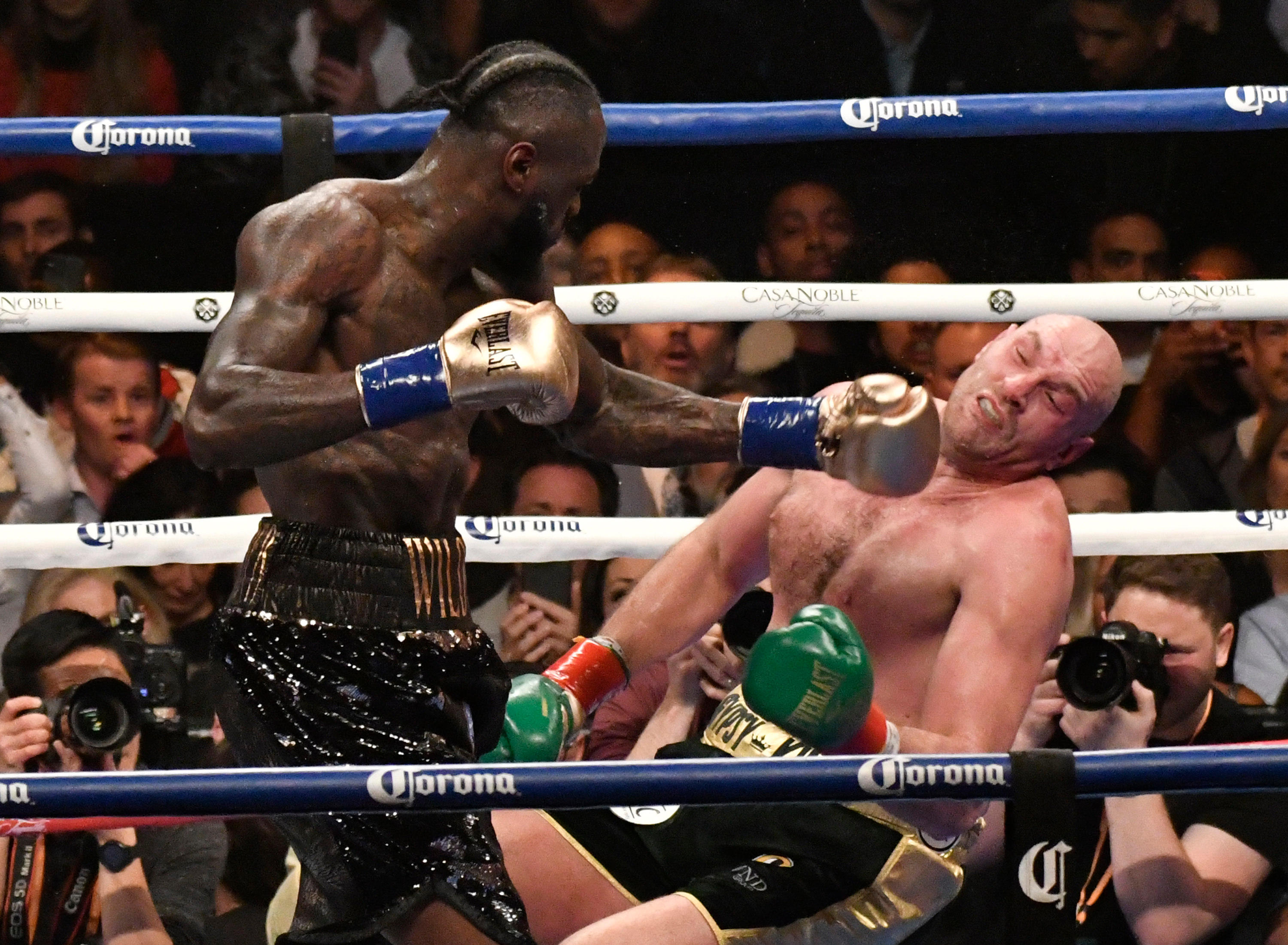 If Ruiz’s hands are the fastest, AJ is the most instinctive finisher and Dillian Whyte and Alexander Povetkin are swinging the best left hooks, who is the biggest banger in the heavyweight division over all?SunSport's boxing experts put their heads together to determine the biggest hitters of the lot.

Until Tyson Fury took the former WBC champ into deep water in December 2018, the Bronze Bomber had blown all of his 40 opponents away.

Wilder only weighs around 15st and appears to have very little muscle in his legs, but he has a freakish talent for destroying 20st men

Criticised for an ungainly approach to the Sweet Science, Wilder generates terrifying power through his 83in arms and the unorthodox shots he throws from unexpected angles.

But his power alone was not enough when he suffered his first career defeat to Fury in February.

One shock loss will not define AJ’s career, or his place in this list.

Everyone apart from a hyper-negative Joseph Parker was firmly dealt with, up until the Ruiz defeat.

While AJ is not a concussive one-punch assassin, like Wilder, his natural instinct to finish a fight was superb, until he met Ruiz Jr.

He restored his reputation, and retained his three world title belts, with a win over Ruiz when they went to war for the second time last December.

The Brixton Body Snatcher’s highlight reel is littered with sensational KO wins and the Lucas Brown and Derek Chisora victories leap out.

Both were dispatched with Whyte’s venomous left hook and both needed medical attention.

He was rocked when Alexander Povetkin knocked him out cold at Fight Camp in August but the Russian should still fear Whyte's brutal punch power at their upcoming rematch. 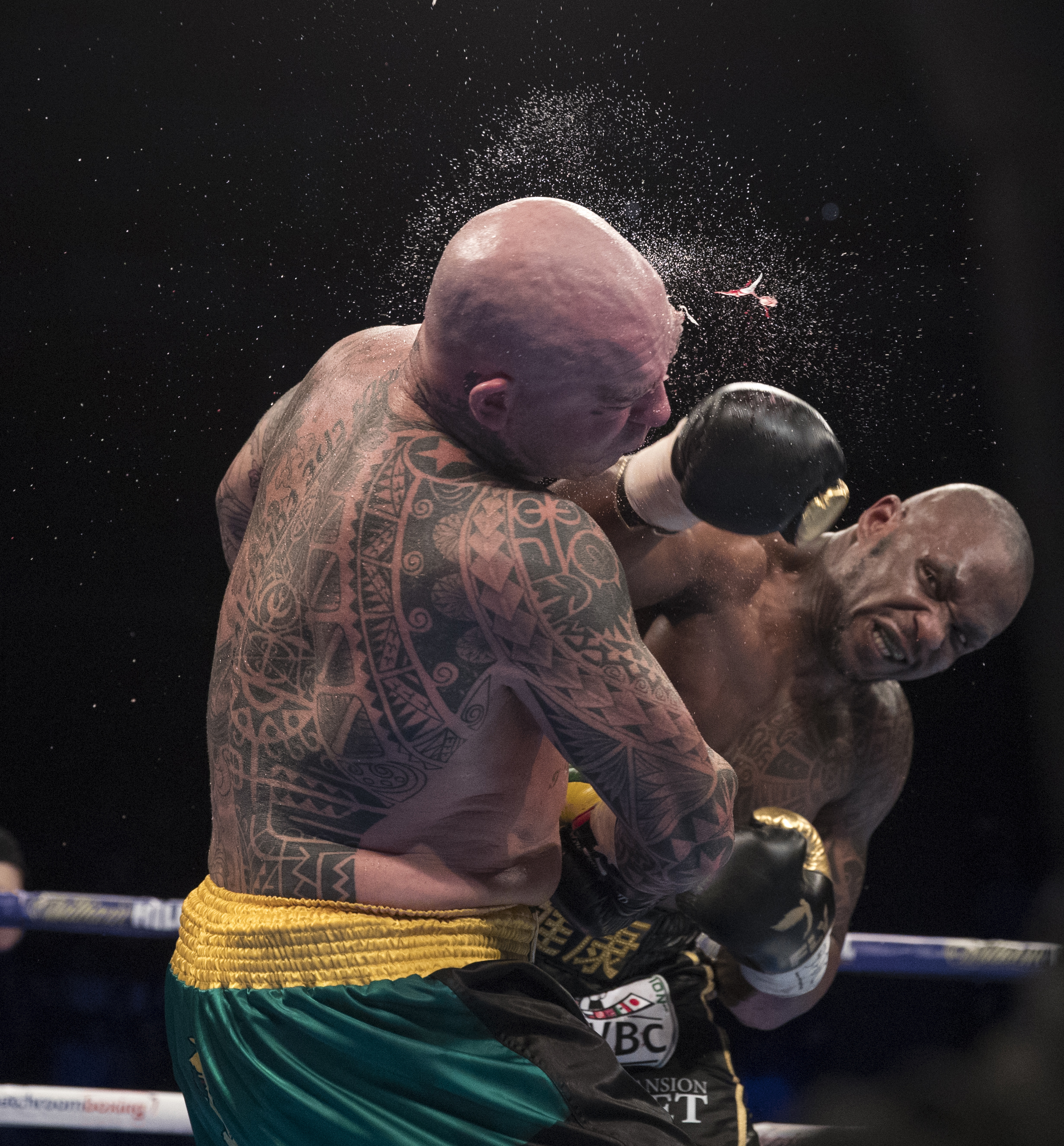 The loudest thing about Daniel Dubois is the thud of his fist into his opponent on fight night.

Nathan Gorman used to toy with his old amateur rival on the Team GB squad but Dynamite Dan’s man power shone through in July 2019 when the Greenwich man added Gorman to his victim list.

Dubois has since dispatched with Ebenezer Tetteh, Kyotaro Fujimoto and Ricardo Snijders – all knockout victories.

And DDD is the closest this list has to Mike Tyson and we have only just scratched the surface.

There are plenty of question marks over the Russian’s career, after two doping charges but, chemically induced or not, he has always carried vicious power.

Only Wladimir Klitschko and AJ have ever beaten him and Wlad needed all 12 rounds and the judges.

And, although the Hughie Fury fight in August made paint drying a must-see sport, the 2018 destruction of giant David Price was ferocious.

Povetkin, 41, showed he is still a force to be feared when he shocked the boxing world by flattening Whyte with a devastating fifth round punch from nowhere as he beat the Englishman in August. 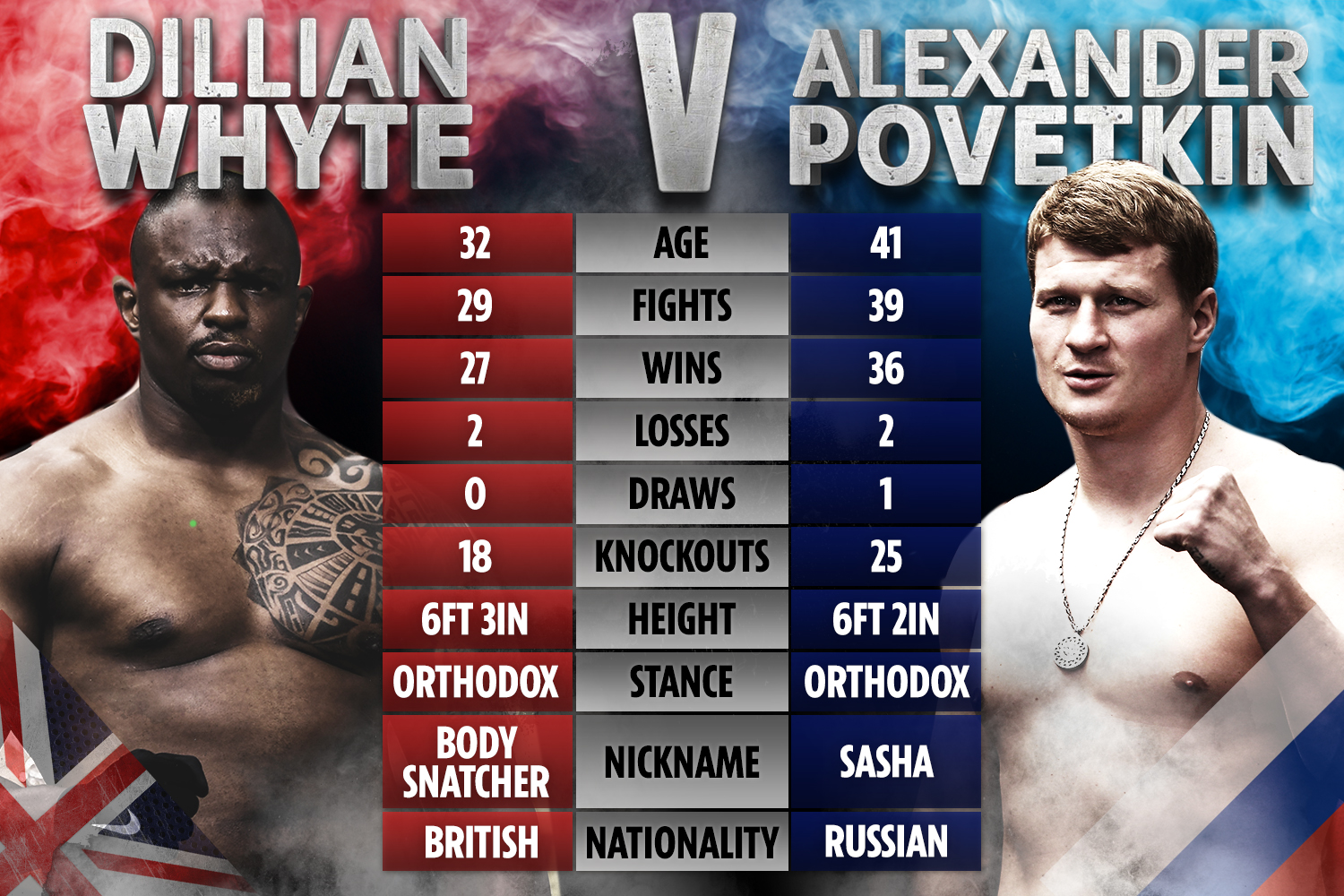 Joe Hanks was the best name on his record before he went into his battle with AJ but he showed with THAT third-round left hook that his hands are either quick, heavy or accurate enough to change the course of history.

Was it a fluke? The rematch saw AJ run rings around the Mexican, so some may say it was.

Another from the Andy Ruiz Jr modelling agency. The New York-based Poland hero does not look up to much but he’s rapidly on the rise.

Recent points wins over ex-world champ Charles Martin and Chris Arreola have calmed his reputation as a KO specialist but there’s every chance it could come back with a bang.

Lost to Robert Helenius by TKO last time out. 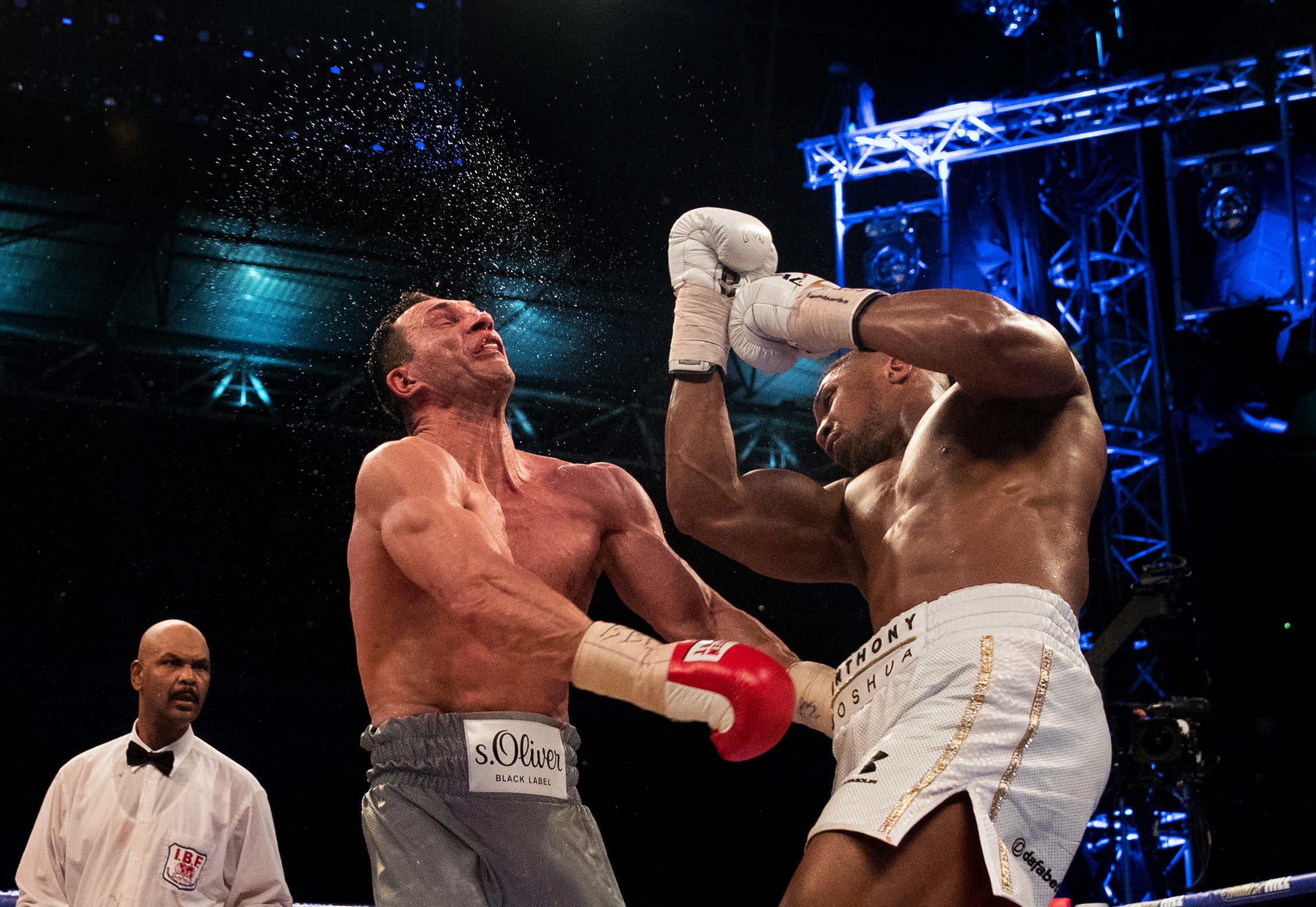 You don’t get nicknamed The Animal in boxing because you like to roll over and have your belly stroked.

The Croatian powerhouse enjoyed a medal-laden amateur career including a heavyweight silver at the 2016 Olympics and has now started his assault on the pros.

There’s no denying the 35-year-old slugger can be outboxed at elite level, especially when up against Vitali Klitschko, David Haye or Tyson Fury.

But stand and trade with the no-nonsense Zimbabwe-born brute and you are in trouble.

Just when Chisora looked to be sliding down the card from main event to novelty act, he produced two brilliant KO wins over Carlos Takam and Artur Szpilka.

Knocked out David Price last time out to set up a bout with Oleksandr Usyk next. 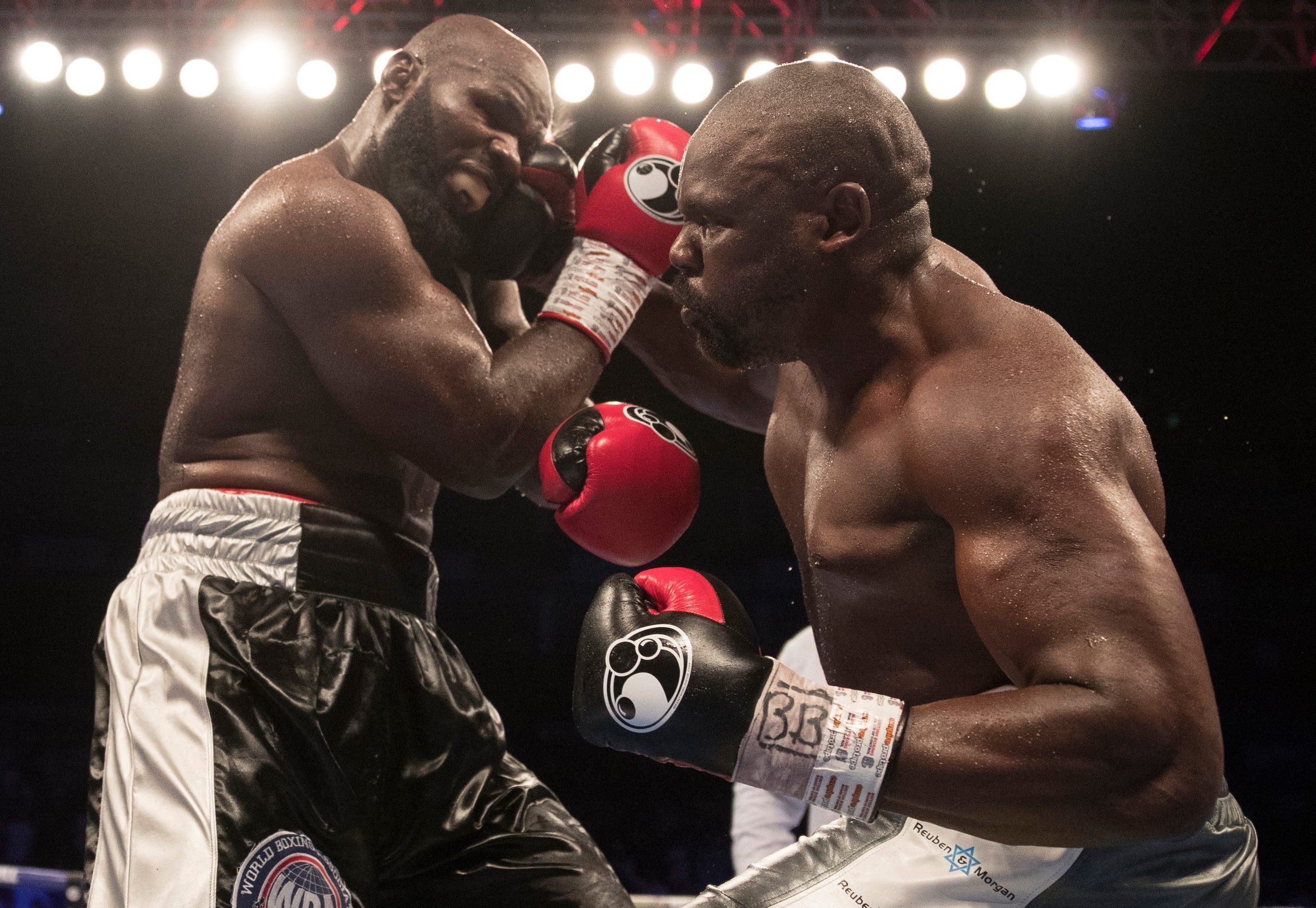 The Juggernaut is biting off huge fights for someone so new to their pro career and the figures read well.

But every almost every fighter the Putney man has beaten has described a worrying lack of brute strength.

The 6ft 6in star is relentless, resilient and super-fit.

But Brit fans need to see something spectacular to agree the fighter befits the nickname.

Beat Michael Wallisch by TKO in July which was his last bout.

The tragic words of one of the Nice terror attack victims before she was slaughtered were of her children. One