SAUL NIGUEZ endured a torrid time as he made his Premier League debut on Saturday.

The Spanish midfielder arrived on deadline day in a season-long move from Atletico Madrid. 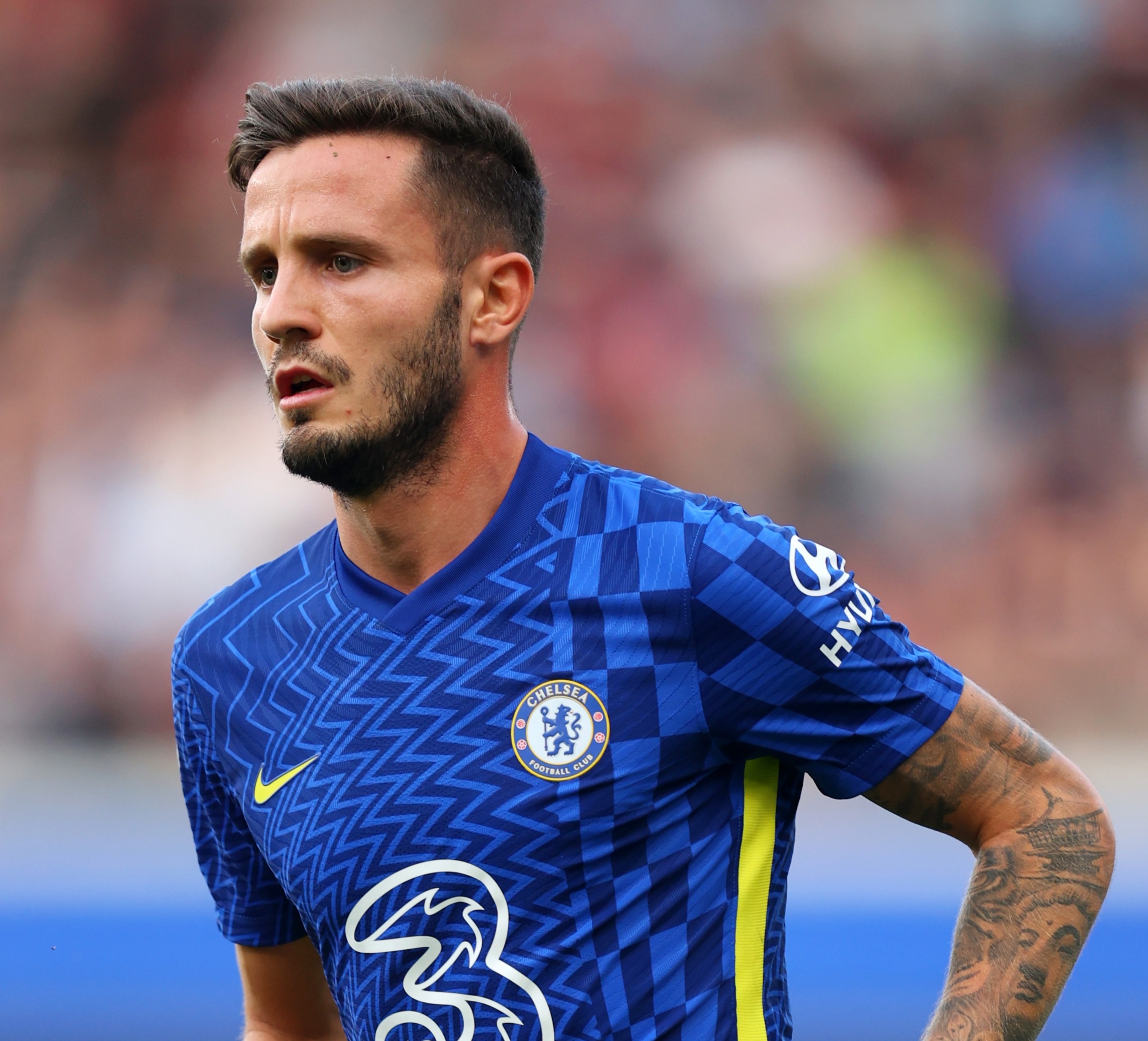 Thomas Tuchel handed him his debut with a starting spot alongside Mateo Kovacic in the middle of the park against Aston Villa.

But it did not go to plan for the 26-year-old loanee – with his manager even suggesting he helped the opposition.

There were high hopes when the versatile Spanish senior international – but things did not go to plan on his Stamford Bridge curtain-raiser.

He lost eight of his nine duels, failed to win a single tackle and was dispossessed three times… all within 45 minutes before being hooked at half-time.

Villa nearly capitalised but Saul was bailed out by his goalkeeper Edouard Mendy before Tuchel dragged him off for Jorginho, explaining: "I had the feeling that he struggled. 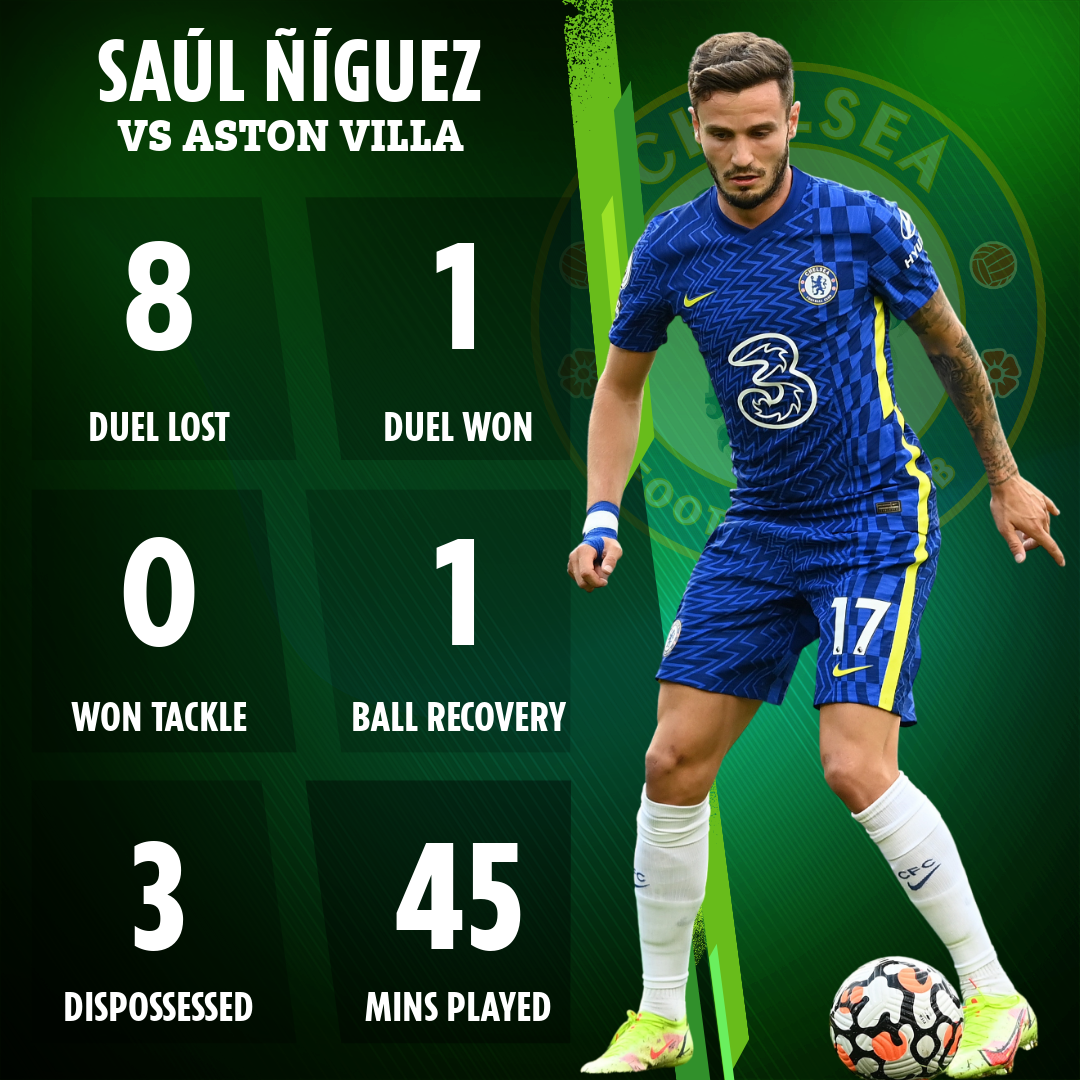 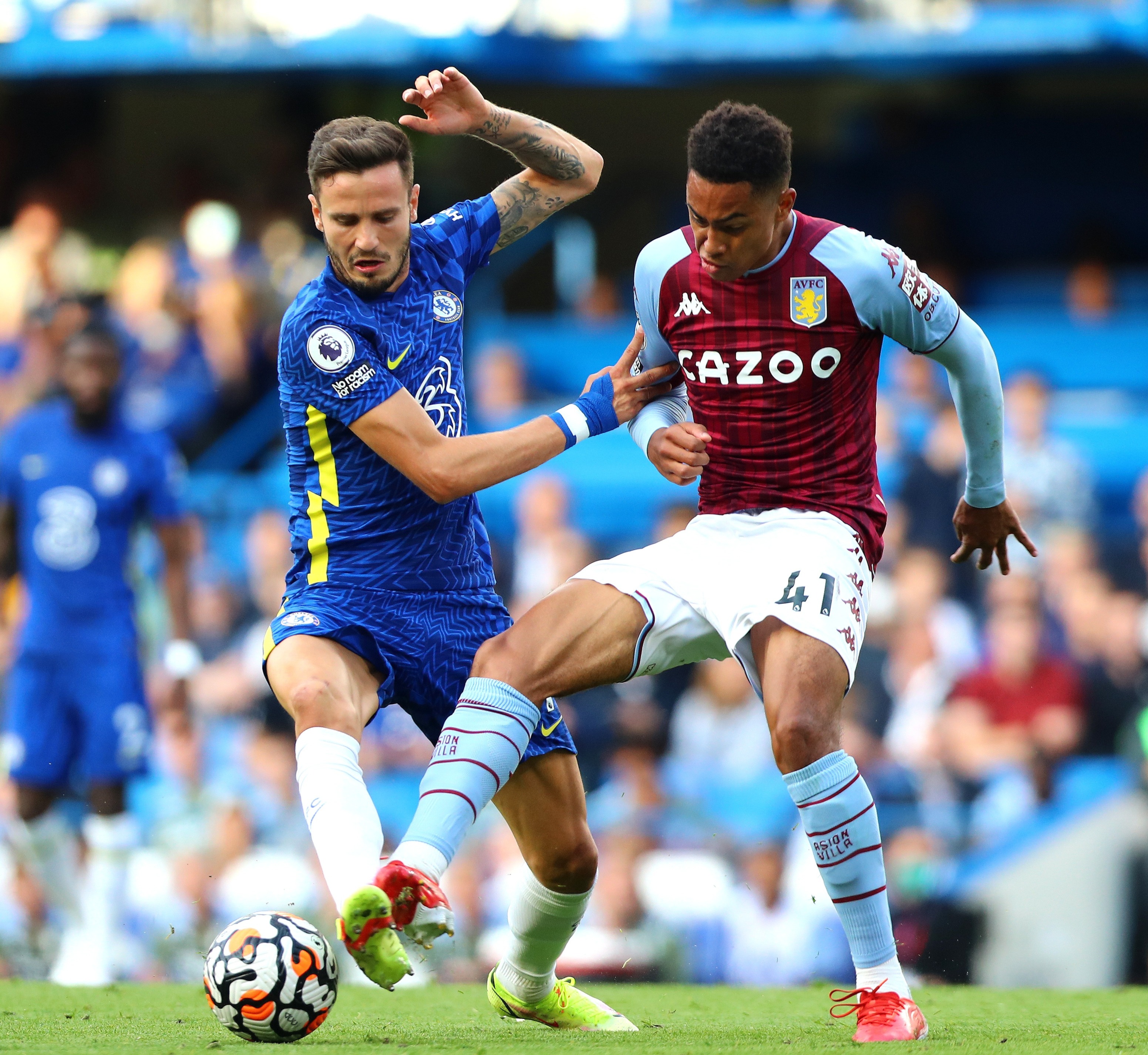 "There were some big mistakes, passing mistakes, and he struggled with the intensity. You could see he isn’t fully adapted.

"It's very hard. You can either do it or not do it. I told him before it was my responsibility if it does not work out for the matter of your life.

"He struggled a bit, created some half-chances for Aston Villa."

Signed on a free after being released by Paris Saint-Germain in the summer, Blues fans rightly had high hopes for Thiago Silva.

Frank Lampard needed to bolster his defence after a shoddy return the previous year and the Brazilian was seen as the main man to help do so.

But already 1-0 down to Callum Robinson's opener, captain Silva allowed the ball to run under his studs – Robinson pinched possession and raced clear to slot home.

Kyle Bartley made it 3-0 with 27 minutes played but Mason Mount, Callum Hudson-Odoi and Tammy Abraham bailed their flop defenders out to rescue a 3-3 draw. 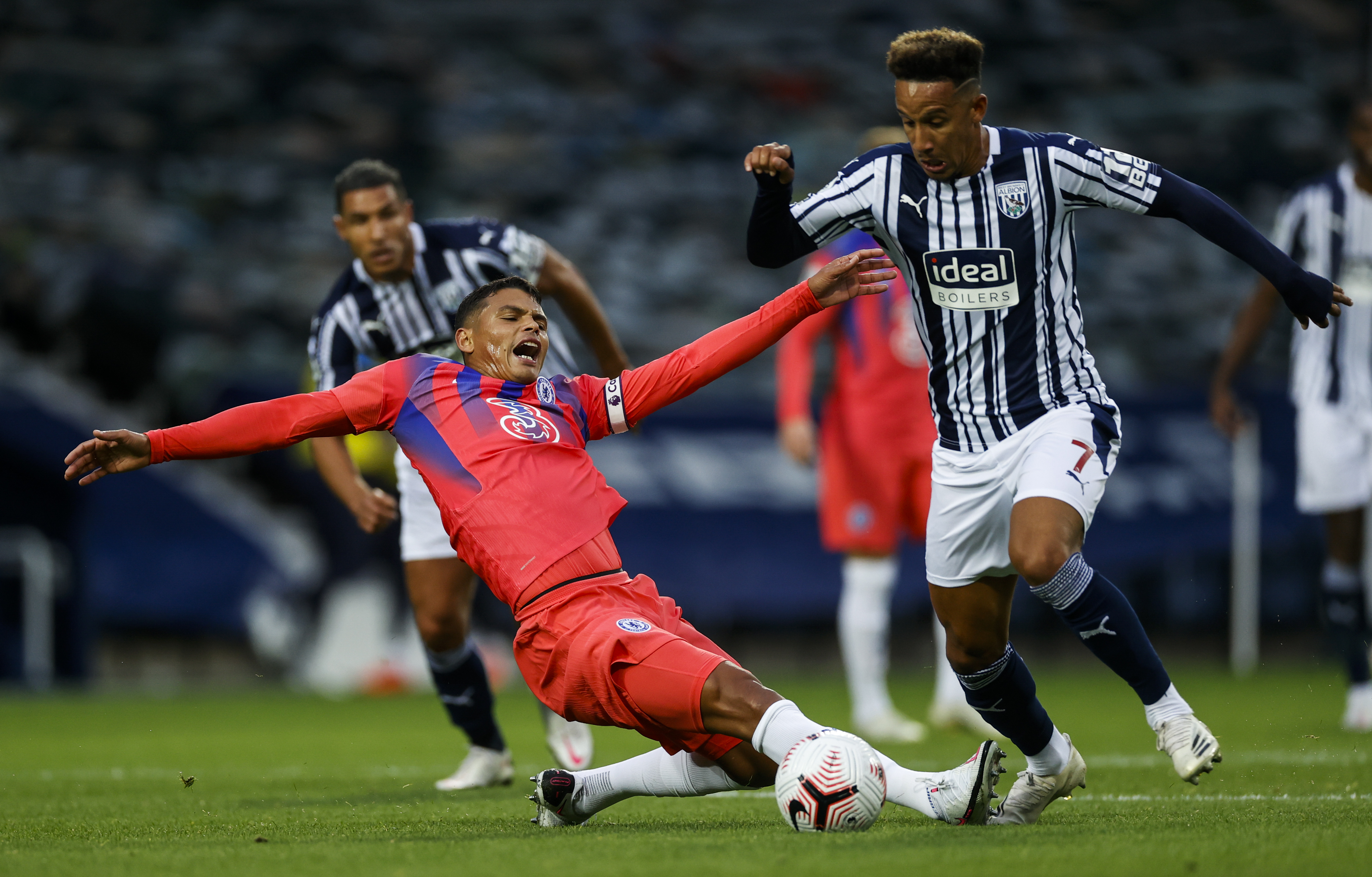 It was clearly not the weekend for debuts as Gonzlo Higuain had a nightmare for Inter Miami following his free transfer from Juventus.

The Argentine striker, 32, skied a penalty over the crossbar and then was involved in a huge bust-up in the aftermath.

To make matters worse, his side were thumped 3-0 by Philadelphia Union as he made his MLS bow. 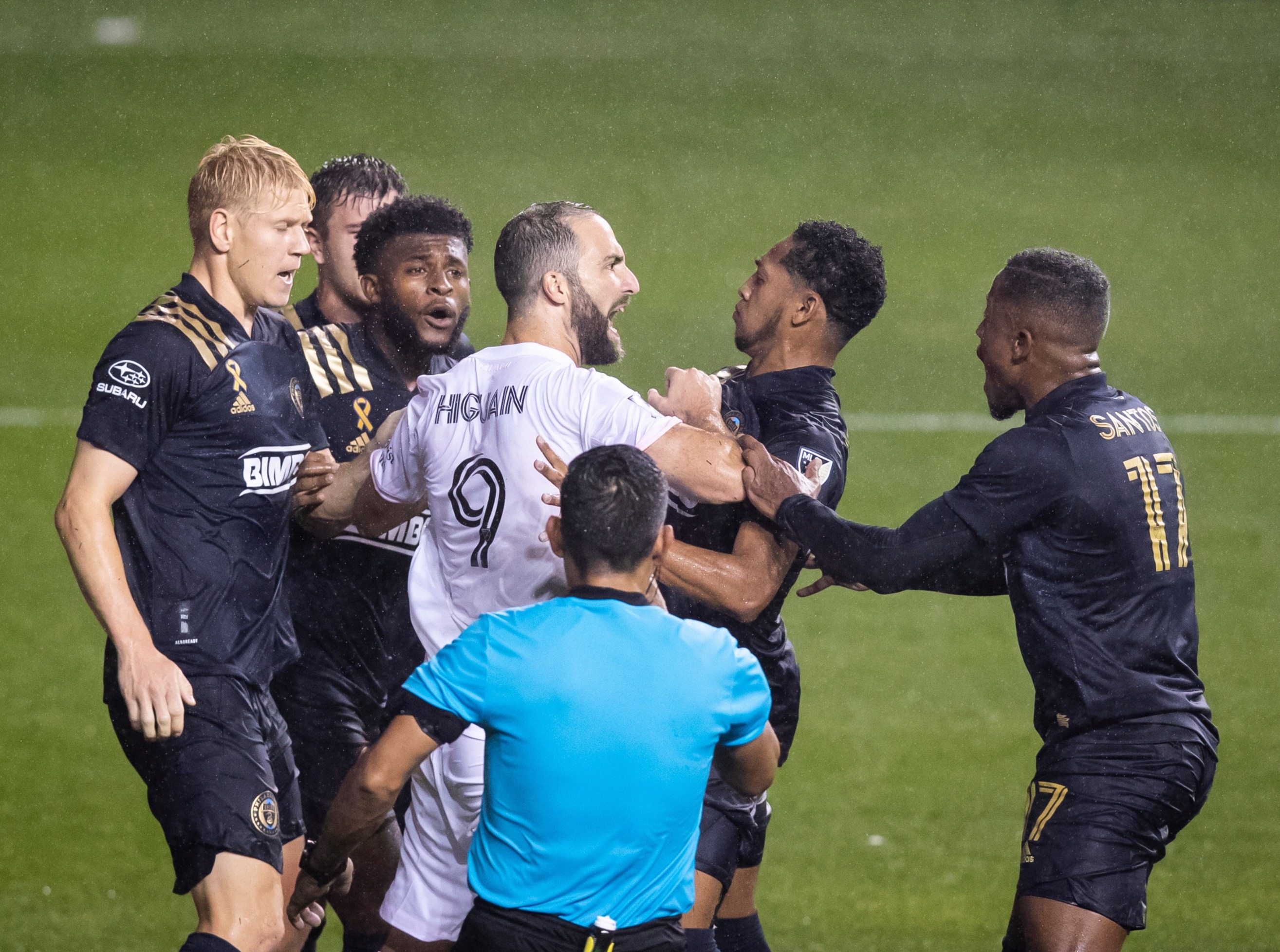 Probably the most famous of all debuts incredibly came 13 months after his £13.4million move from Newcastle to the Bernabeu.

But it was one to forget for Jonathan Woodgate who scored a spectacular flying header… into his own net past Iker Casillas.

Then to make matters worse, he picked up a second yellow with 65 minutes on the clock and headed in for an early bath. Oops.

The ex-Middlesbrough manager said at the time: "It was not the best start in the world. Obviously, I did not want to get an own goal. I just can't believe I got sent off." Not ideal. 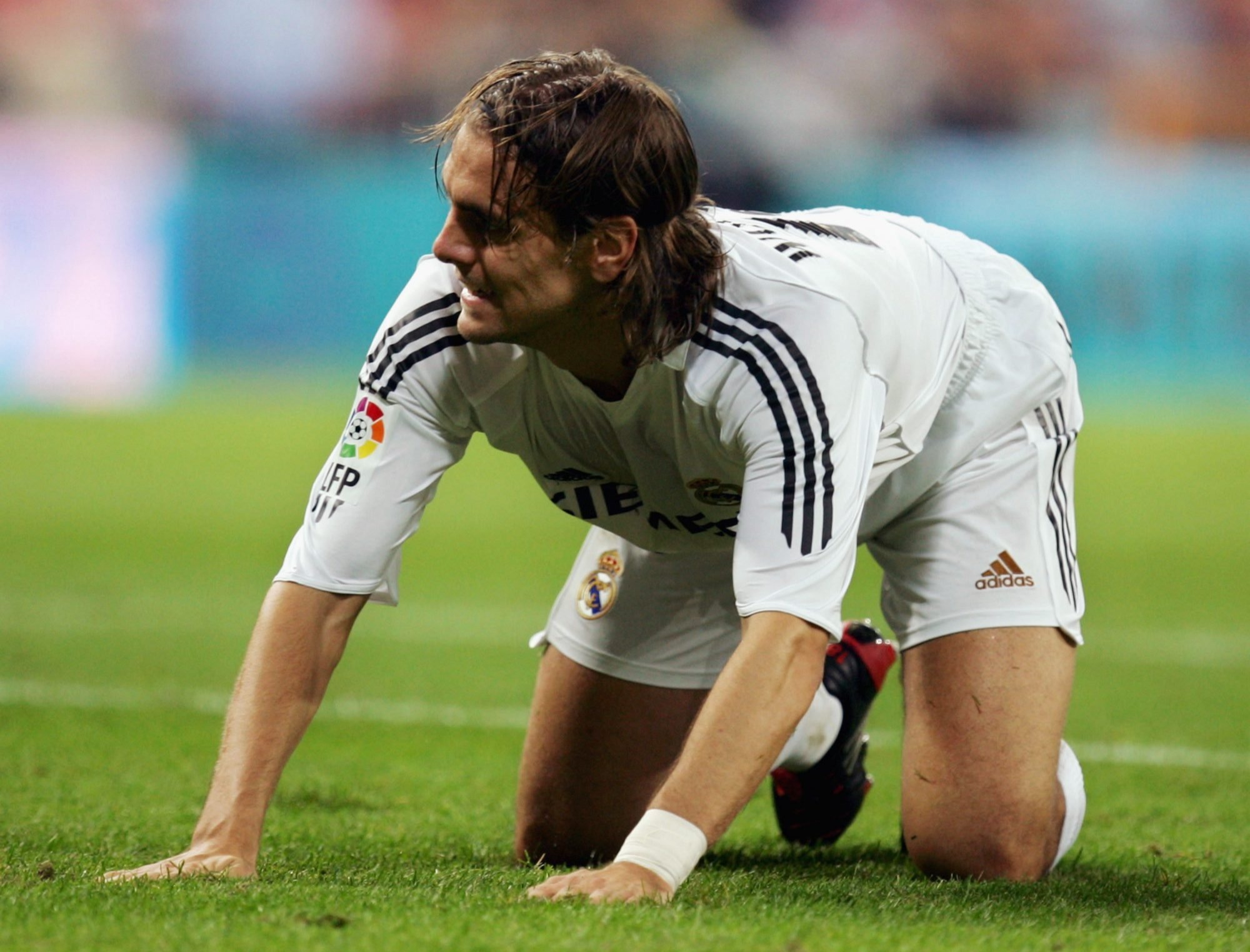 Big things were expected when the Ivorian smashed in two goals in pre-season against Koln.

But then he came up against Joey Barton.

After a decent display up until that point, the forward could not resist raising his hands on the midfielder and earned himself his marching orders and a three-match ban. 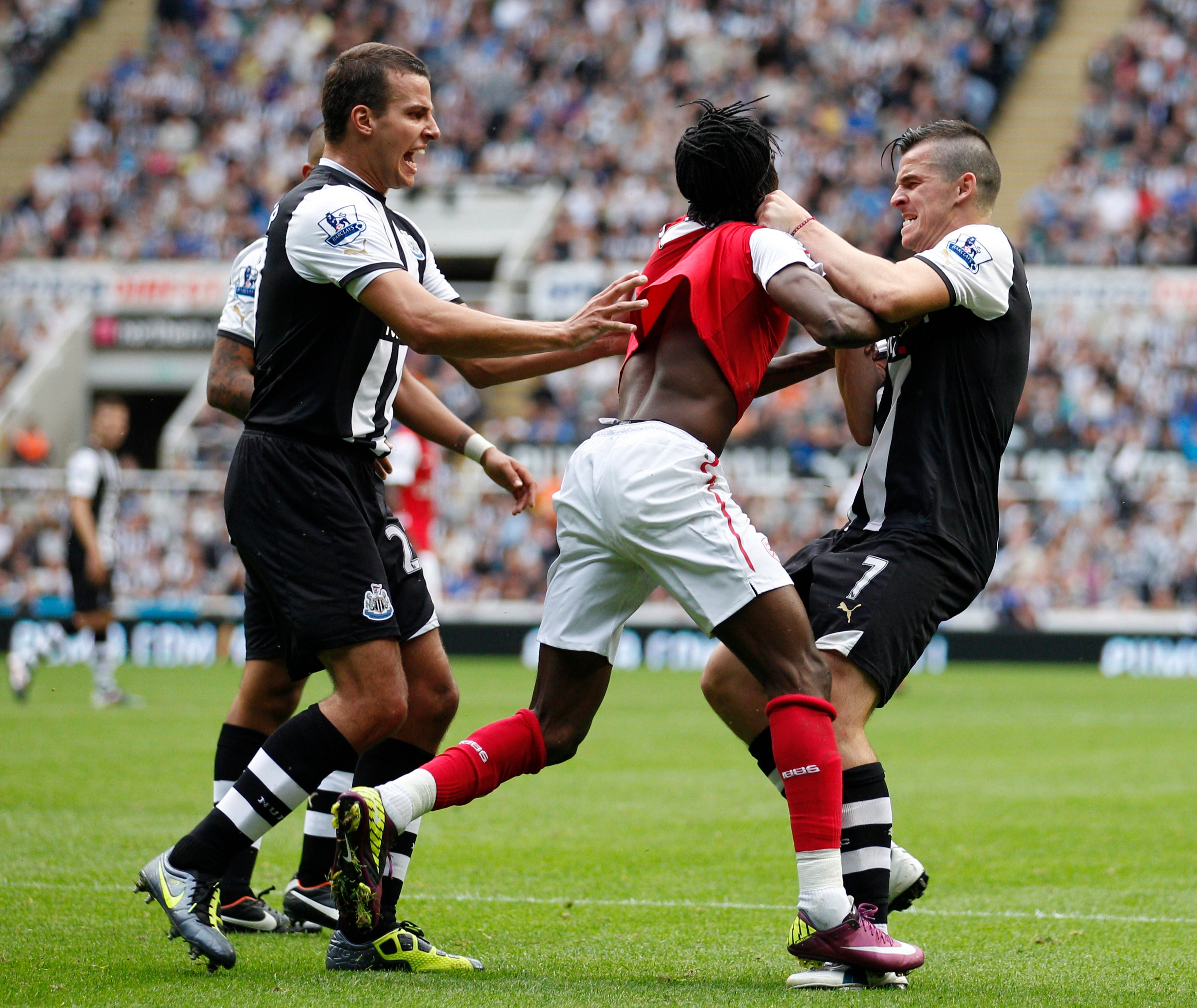 When you join a new club, it's always a wise idea to endear yourself to the supporters… rather than comment how you're going to pick up the ladies in your new South Yorkshire home of Barnsley.

But if by any chance you did that, then at least put in a performance on debut to help them forget all about it.

Don't – as Frimpong did – commit two bad fouls on the same player within seven minutes to get two yellow cards within the first 30 minutes for the club. 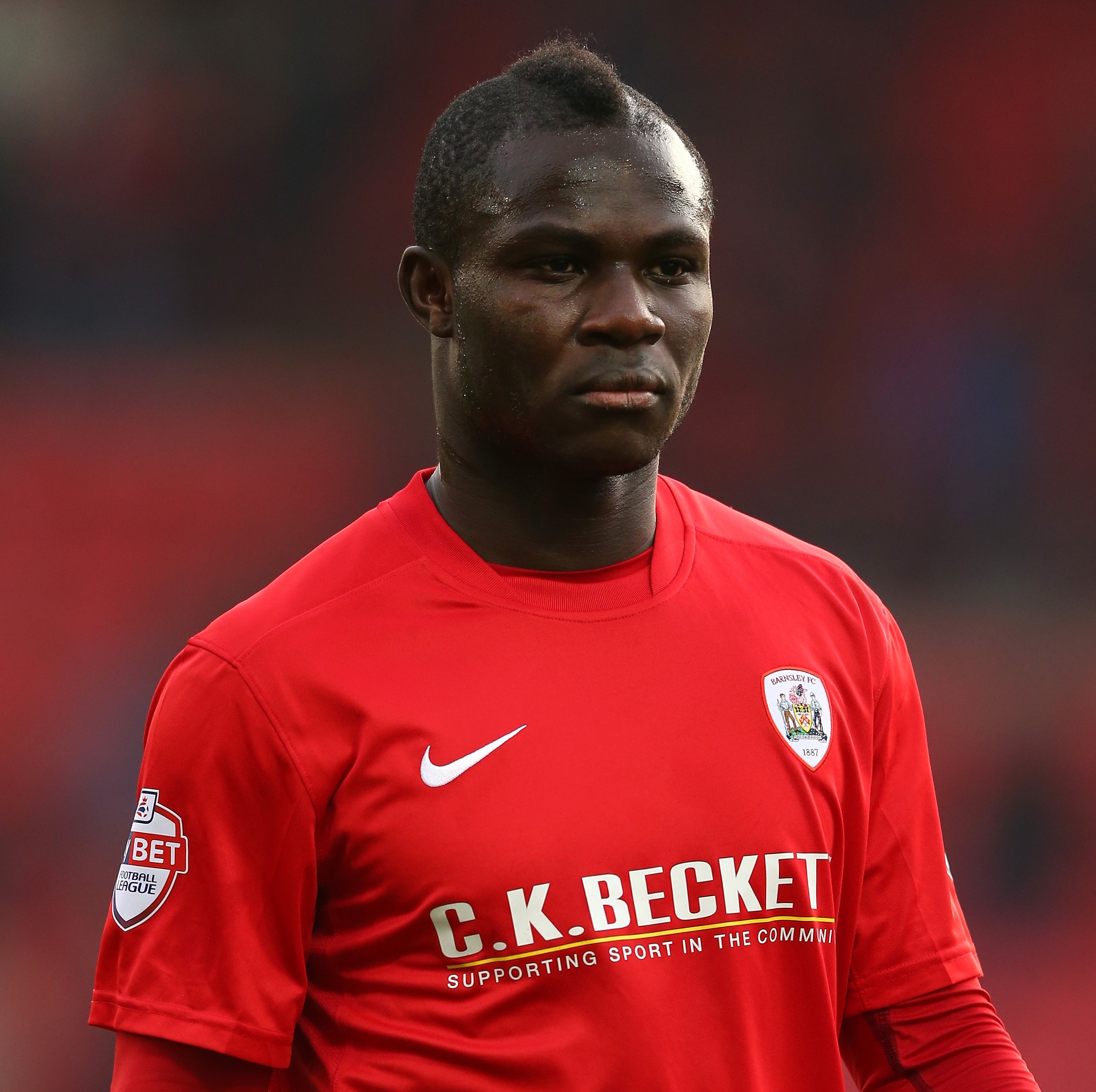 The French defender had just arrived at Chelsea following World Cup success with his country over the summer.

But he was given a tough introduction to English football with an away trip to Coventry.

Dion Dublin and Darren Huckerby gave him the runaround, both getting on the scoresheet within 16 minutes. 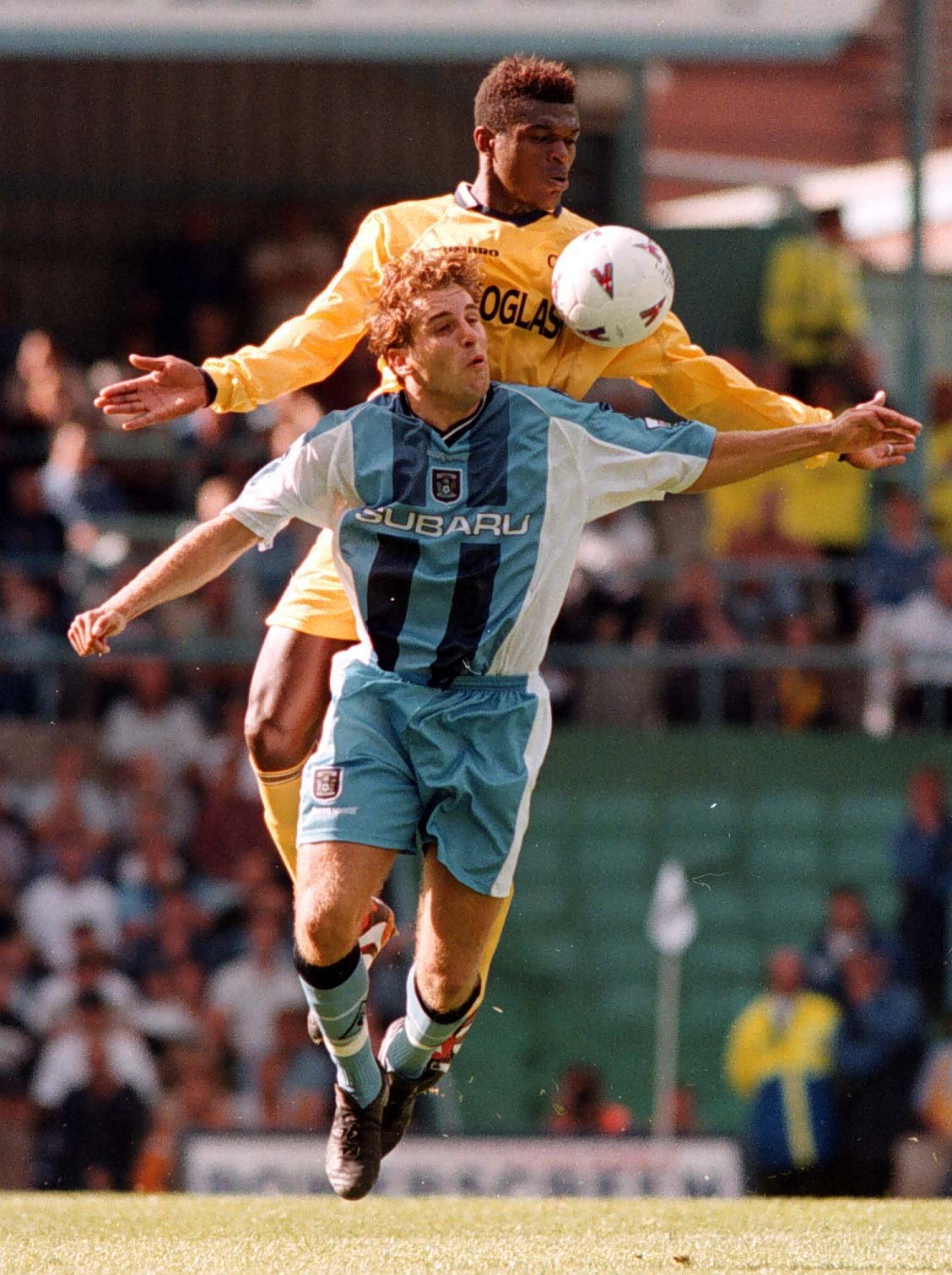 Who could forget Ali Dia, the so-called cousin of George Weah, and his brief Premier League cameo with Southampton.

Given a one-month deal, Dia featured in one five-a-side trial and the next day faced Leeds United in a 2-0 defeat as he came on when Matt Le Tissier got injured – but was subbed off again 53 minutes later before full-time.

Then-manager Graeme Souness recalled: "Within the first five minutes we said he wasn’t for us. He was hopeless, but we didn’t have enough players.

"He was everywhere the ball had just been. It was as if he’d never been on a football pitch before. We made the decision on him within the first five minutes, but it’s a good story.” 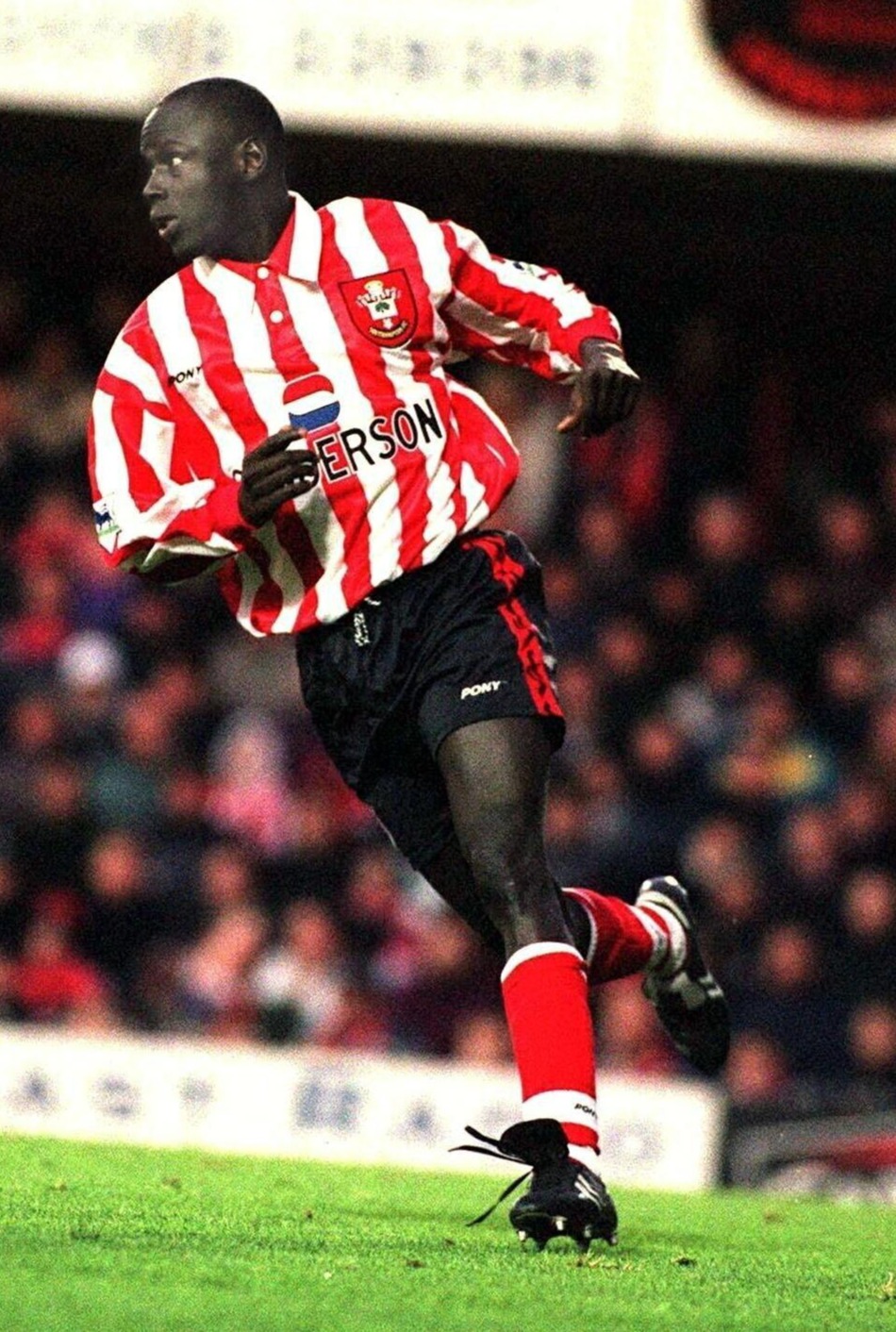 Talk about a baptism of fire, an Everton debut at home to Liverpool doesn't get too much more intense – but that's exactly what Glenn Keeley had to face in 1982.

Not even fully fit, his wife told him not to play, Keeley was thrown in at the deep end against arguably the best team in the world.

He grabbed Kenny Dalglish's shirt with 32 minutes on the clock – deemed a professional foul – and was sent off as the Reds romped to a record 5-0 win at Goodison Park.

Keeley admitted: "I had no knowledge of it because I hadn’t played that season and when I pulled Dalglish back, I honestly expected to get a booking. So when I get sent off it came as a shock to me."

That was that, his sole Everton appearance was all over and he returned to parent club Blackburn. 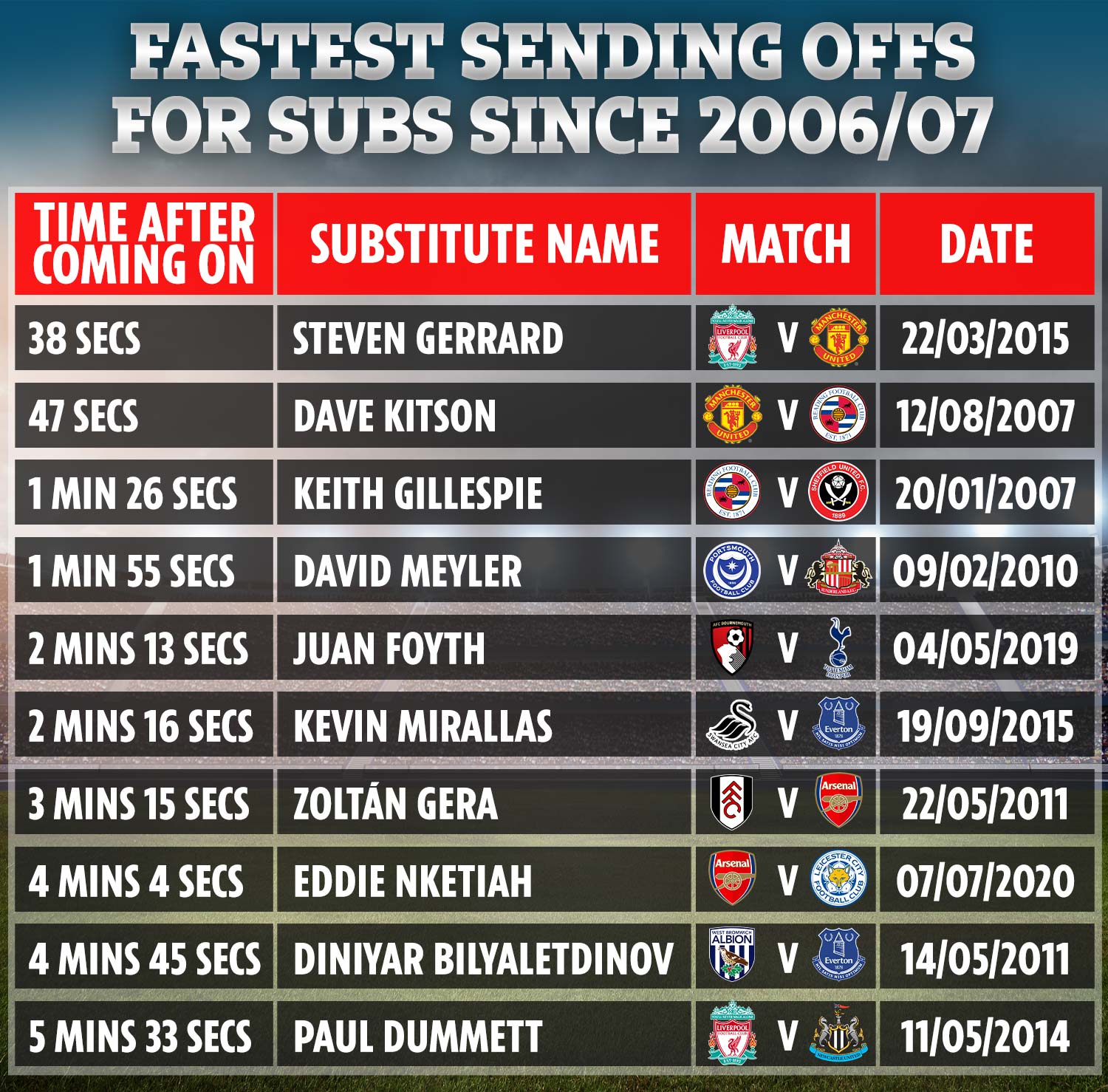 Crowe had finally got his chance to step on to the pitch as an Arsenal first-team player in extra time of a League Cup clash at Highbury.

His high tackle on Martin O'Connor was deemed serious foul play by referee Uriah Rennie and the red card was out in record-breaking time for the debutant. 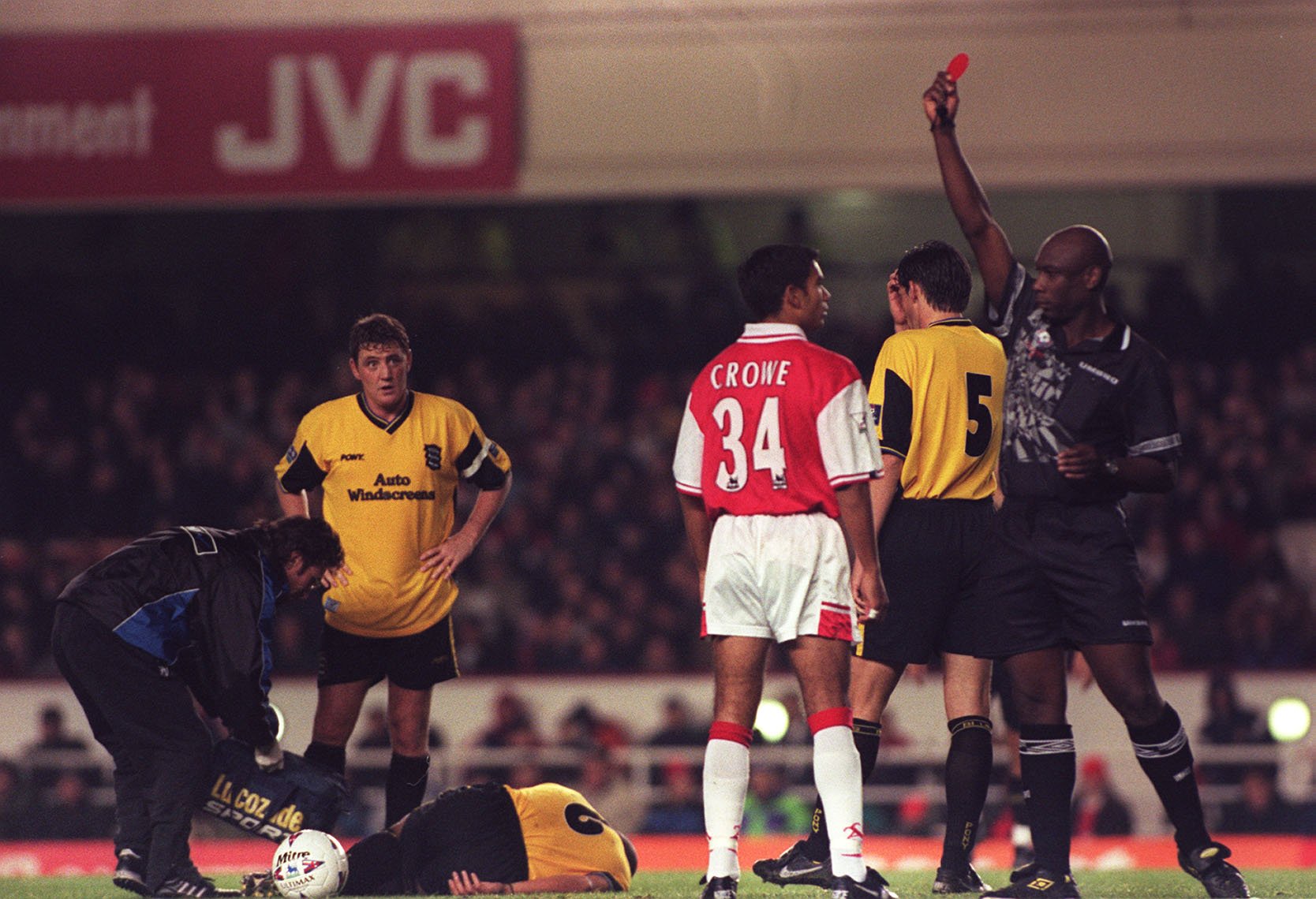