Switzerland vs Spain LIVE: Luis Enrique’s side look to avoid becoming the latest big-name scalp at the hands of the Swiss after world champions France were dumped out – with teams battling it out in Russia for first semi-final spot at Euro 2020

Spain and Switzerland will go head to head in Saint Petersburg, Russia, to be the first side to reach the semi finals of Euro 2020.

Vladimir Petković’s Switzerland produced the shock of the last-16 by eliminating 2018 World Cup winners France in a penalty shootout.

Spain were also taken the distance but they avoided spot-kicks by defeating Croatia 5-3 in Copenhagen and now both squads know they are two wins away from a place in the Wembley final.

And Achilles has spoken on this one, predicting a SPAIN win! 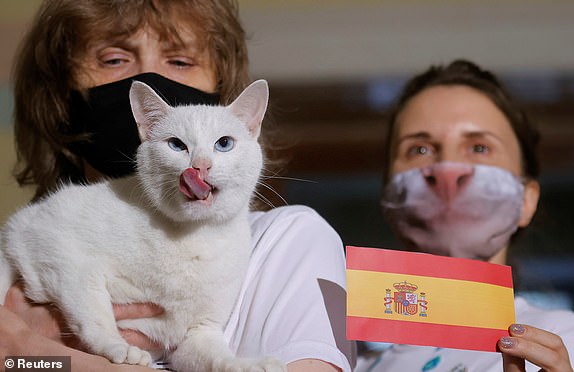 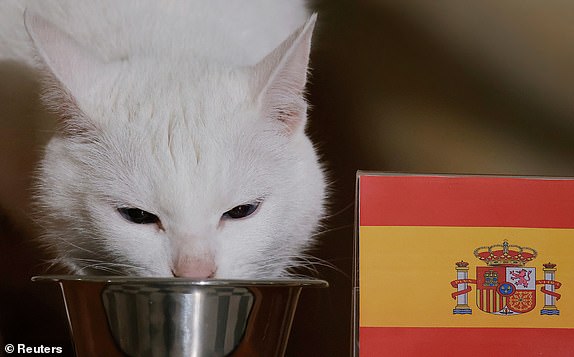 Granit Xhaka is banned and can play no part today so Denis Zakaria steps up.

Two changes as Pau Torres and Jordi Alba come back into the side.

Early look at the Krestovsky Stadium…

VIEW FROM SPAIN: The ‘soap opera’ of Luis Enrique’s maverick side is giving fans more fun than they’ve had in years… no one expects them to win Euro 2020, but if they win tonight they are capable of anything

PETE JENSON IN SPAIN: ‘I like the Dragon Khan,’ Spain coach Luis Enrique said, referring to the famous roller-coaster at the theme park just outside of Barcelona, PortAventura, ‘but this time the Dragon almost swallowed me’.

Spain managed to pull victory from the jaws of defeat in Copenhagen, and then as their manager admitted, throw it back into the mouth of the beast again only to then retrieve it for a second time.

But what about Spain? Was it any easier for them to progress?

Luis Enrique’s side started really slowly in the group stage but are beginning to warm up at just the right time – much to the delight of their supporters.

Well, more than 270,000 fans signed an online petition calling for France’s Euro 2020 last-16 clash against Switzerland to be replayed – citing the final penalty as illegal with goalkeeper Yann Sommer supposedly off his line.

REMINDER: How did they get here?

Let’s start with the Swiss.

Now, if for some reason you missed this, I’m sorry. It was epic – unless you’re French and then it was horrendous.

For those who missed it – and for those who want to have the memories of a few days ago flooding back – here’s our match report!

And just like that the wait for MORE Euro 2020 football is over.

These rest days may help the players but they do nothing for fans like me desperate to see more knockout football?

Hello and welcome to Sportsmail’s live coverage of the first Euro 2020 quarter-final between Switzerland and Spain.

Both needed 120 minutes in the last-16 – Switzerland even needed penalties to beat France – in what was one of the most dramatic days of international tournament football in recent memory.

Stick with me throughout. I’ll be bringing all the build-up and all the action from events over in Russia where this game is being played out…