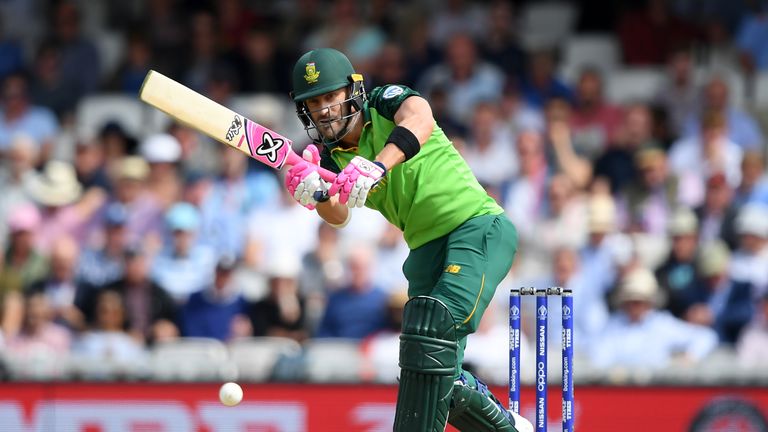 South Africa will aim to bounce back from their opening-day defeat to England when they take on Bangladesh at The Oval on Sunday.

The Proteas lost by 104 runs against Eoin Morgan’s hosts on Thursday, despite initially restricting England to 311-8 from their 50 overs.

South Africa’s run chase never really got going as Jofra Archer’s pace and bounce tore through their innings as they were skittled for 207.

Despite the worst possible start, these are still very early days in the 10-team group stage. With the top four progressing to the knock-out stages and Bangladesh up next, there is no need to panic.

Indeed, South Africa have reached the semi-finals in every alternate tournament since 1992, losing to New Zealand by four wickets last time out in Australia.

But they face a tricky test against a Bangladesh side who have come into the World Cup on the back of an impressive Tri-series triumph against the West Indies and Ireland. This will be the third time that the two sides have met at a Cricket World Cup. South Africa triumphed in 2003, but Bangladesh earned their revenge when they met in 2007.

South Africa wicketkeeper batsman Quinton de Kock said: “We know what is happening with the wicket now, so we should improve.

“But, saying that, we are against Bangladesh and we know how well they can play. They are a good team also. We will go back and assess from there. 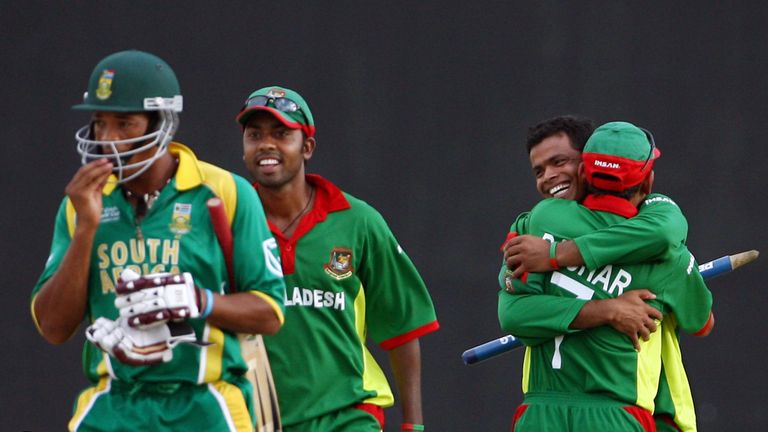 “This is just the beginning. It is not how you start a tournament; it is how you finish it. We started a long time ago.

“We will go back to the drawing board and talk about what we can do better and what we did well.”

Only De Kock (68) and Rassie van der Dussen (50) made meaningful scores against England, while De Plessis walked for just seven, but Bangladesh opener Liton Das is anticipating a response.

“Nothing will be easy. South Africa has the bowling attack and the batsmen,” he said. “They are used to these conditions and it will be challenging for us but it’s not like we won’t be able to do it. If we play well on that day, then we will win.

“It’s not about this being the first match. Even if it was the last match, we would be thinking of winning because that is what we came here for. So we will play with the mentality to win.”

Du Plessis admitted that Dale Steyn’s absence hurt them dearly against England, but he was back bowling in the nets on Friday, and there didn’t appear to be any ill effects on his troublesome shoulder.

It remains unlikely that he will be risked on Sunday, with the trip to Southampton to face India pencilled in as his target for a return. 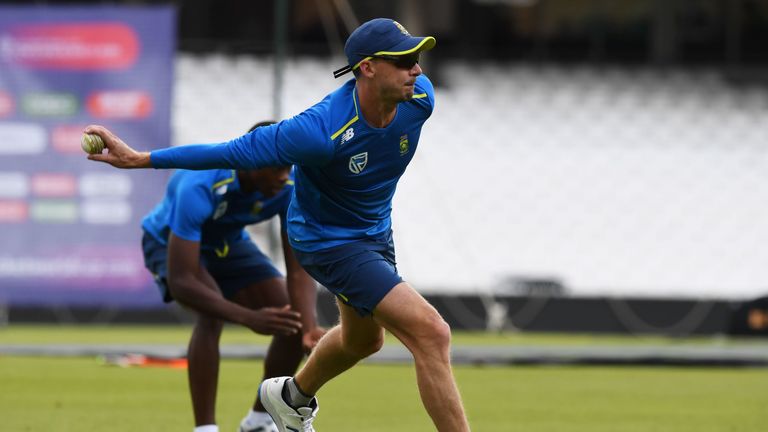 South Africa also have concerns over the fitness of Hashim Amla after the 36-year-old suffered a blow to the grille of his helmet by a Jofra Archer bouncer in the fourth over. Should he miss out, David Miller is set to enter the side, with Aiden Markram moving to the top of the order.

Bangladesh have problems of their own, with Mashrafe Mortaza expected to play despite sustaining a hamstring strain in the final warm-up against India last Tuesday. 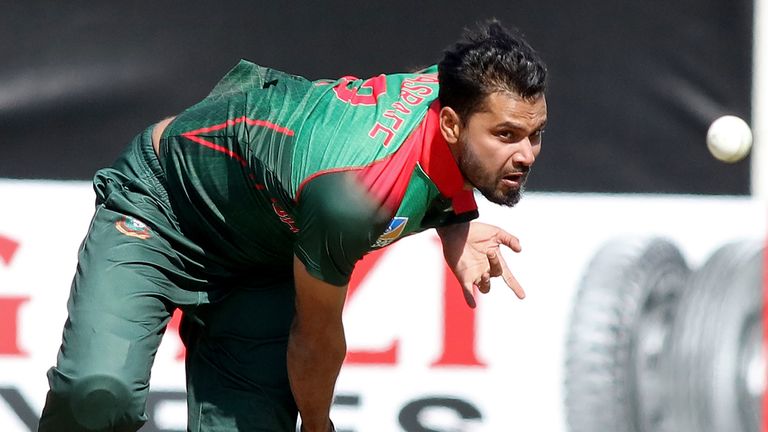 The importance of the captain was underlined by him conceding just 23 runs off his six overs – including two maidens – in Cardiff, but vice-captain Shakib Al Hasan’s failure to come out and bat contributed to the 95-run loss.

Shakib is likely to play despite nursing a side strain, but Mustafizur Rahman is struggling with a calf problem.

The strength of Bangladesh’s depth is further tested by an ongoing back issue for Mohammad Saifuddin, but Tamim Iqbal is expected to play despite injuring his wrist during a net practice.

After being outplayed and outclassed by England, South Africa will be wary of Bangladesh relishing further World Cup scalps. But having arrived in England following a 5-0 series win against the Sri Lankans, the Proteas have quality in their ranks.

Fast bowler Lungi Ngidi will be unrelenting with his pace, and he was the leading wicket-taker with three in his 10 overs against England, accounting for Jos Buttler. 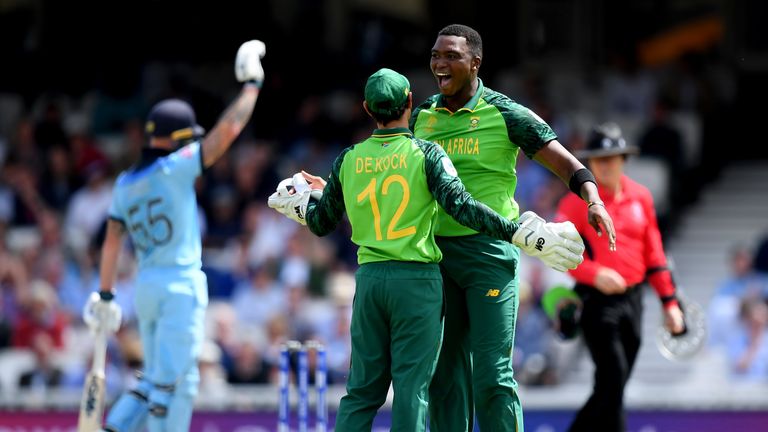 Fellow pace bowler Kagiso Rabada will also look to put the Bangladesh top order under pressure, and showed his promise with two wickets of his own against Morgan’s men.

Bangladesh showed their pedigree by reaching the quarter-finals in 2015 for the first time, where they were beaten by India, but this current crop also have danger men to call upon.

Shakib Al Hasan is ranked as the No 1 all-rounder in the ICC ODI rankings, and is a big-game player, combining his batting ability with left-arm spin that will look to cause problems for the many right-handers in South Africa’s top-order.

Then there is Abu Jayed, who will look to build on his growing reputation following 5/58 against Ireland in the Tri-Series, while all-rounder Soumya Sarkar was top scorer with three half centuries during that tournament. 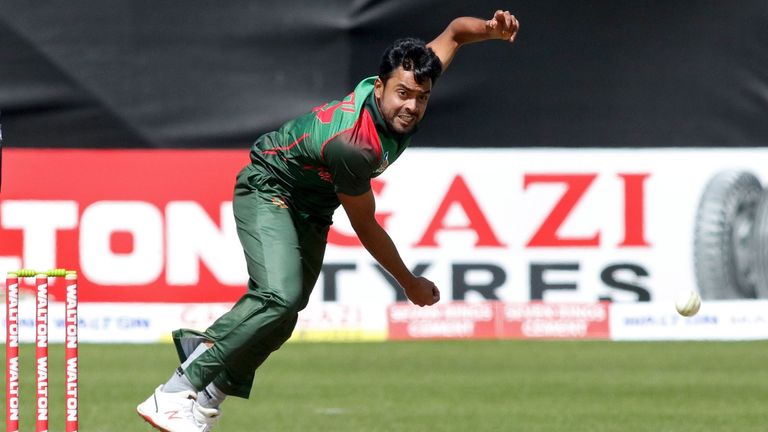 South Africa’s captain Faf du Plessis: “This is where it’s important for us to make sure that you look at the World Cup for what it is. You know, you’re going to play games. You’re going to come up against quality opposition.

“England were better than us in all three facets of the game. They showed why they are such a good cricket team, and now we have to look at the league. It’s a league competition.

“For me, it’s about making sure we look at the areas that we got it wrong and just move on.”

Bangladesh’s captain Mashrafe Mortaza: “A lot of times in such cases I face trouble bowling the first one or two overs. Once I get through that, I don’t face any more problems.