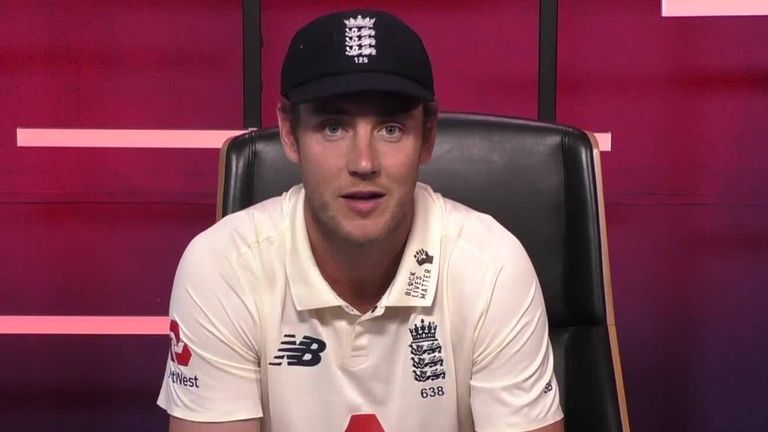 Stuart Broad says taking his 500th Test wicket felt “amazing” as he reflected on how no longer playing white-ball cricket for England has left him “fresh” and “excited” for the longest form.

The fast bowler dismissed Kraigg Brathwaite to reach the milestone during England’s series-winning victory over West Indies in the third #raisethebat Test at Emirates Old Trafford – three years after James Anderson had removed the same batsman to reach 500 Test wickets himself.

Broad – who last played an ODI in February 2016 – spoke to Sky Sports about how “addictive” Test cricket is and how his landmark wicket was made even sweeter by the fact it came in a series victory as England went from 1-0 down to 2-1 winners. 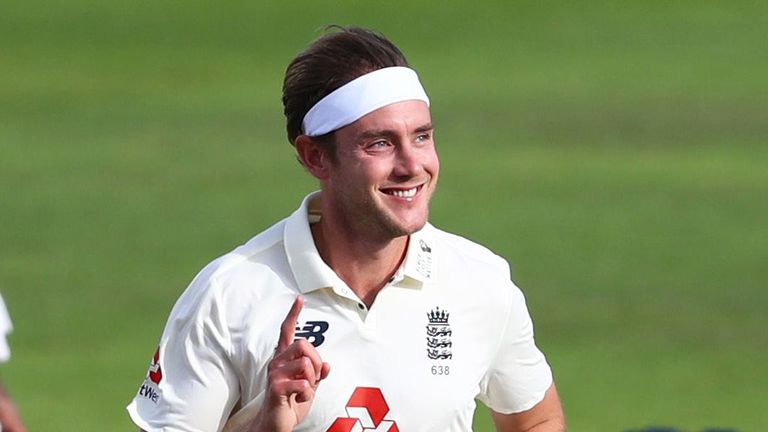 Broad said: “It’s special to get the 500, amazing, and what makes it extra special is taking it in a Test match which has led to a win and Test series win. I think you always remember moments as a player when winning games. Winning Test matches is what it’s all about.

“I was disappointed when I stopped paying white-ball cricket for England but I think that is paying dividends now,” continued Broad, who finished the #raisethebat series with 16 wickets at 10.93 after being omitted from the first Test at The Ageas Bowl.

“I have been fortunate with my injury record and I think that has played a bit part in that. “I feel fresh and excited every I put the England cap on and get into a Test series. I have also done some technical work that makes me feel in a great rhythm.

“I feel very privileged to play as much as I have in the era I have and played with the players I have played with.

“England have looked after Jimmy [Anderson] and I wonderfully for many years. Would this have been possible in the eighties or nineties? You’d argue not.

“Test cricket at the top level all year round is quite relentless. Fast bowling is hard, Test cricket is hard. We joke about that in the changing room but I think that is why we love it. 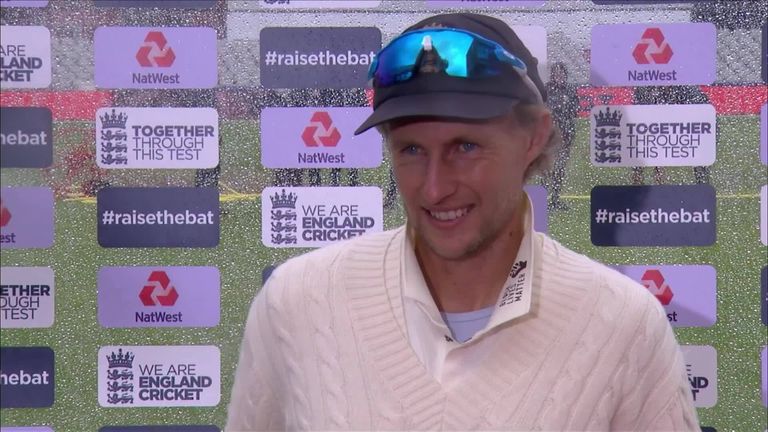 “There’s something addictive to that hard work you put in away from the game and on match days that lead to Test match wins.

“That’s why it’s so massively satisfying when you win. It’s always a special achievement because you go through massive highs and huge lows.”

The seamer’s landmark came behind closed doors with fans absent due to the coronavirus pandemic but Broad’s father, Chris, was in attendance in his role as match referee. 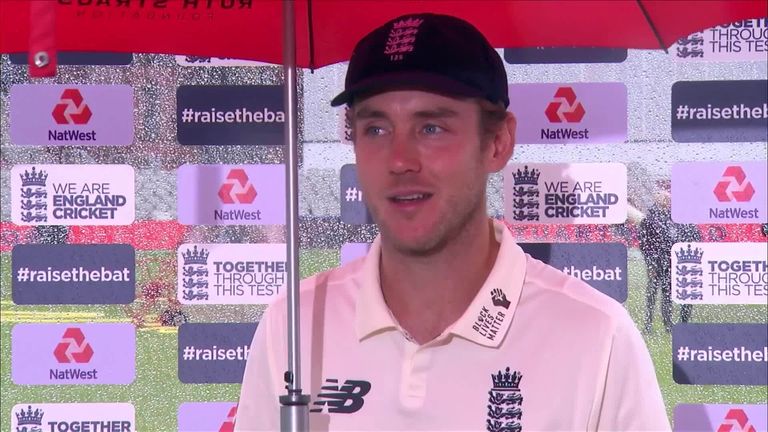 “Watching [a Sky Sports montage of his career] and looking at the crowds makes you emotional and looking forward to playing in front of crowds again.

“It is a little bit of a shame that after 12, 13 years of playing that my family and friends who have supported me around the world through great days and bad days can’t be here to give me a little wave but it was great to have dad here, who looked a bit shy on camera.”

Anderson spoke before Broad’s 500th wicket about how his fellow seamer could overtake him as England’s most prolific bowler in Tests – but Broad says that will be tough with Anderson “still at the peak of his powers”.

Broad and England will now take on Pakistan in a three-Test series from next Wednesday and the paceman knows it is unlikely he will play in every match. “That seems a long way away,” added Broad when quizzed about potentially leapfrogging Anderson, who has 589 wickets compared to his own tally of 501.

“Jimmy is still at the peak his powers – he turns 38 soon but is still fit and bowling beautifully with so much control and it is pleasure to be on the field with him. We have enjoyed being back together and it’s great it’s turned into a Test match win. I think we have a few overs left it in us.

“What a stat that is with Brathwaite being both Jimmy’s 500th wicket and mine! Jimmy came to me when we were batting and said ‘you know who it is going to be, don’t you?’

“I said ‘no way, the stars would have to align so much for that to happen!’ It was lovely and will be a quiz question in a few years!”

“I can honestly say I have never really set any targets – bowling at Colombo [on my debut] I would have been happy with two!

“Competition keeps everyone performing strongly. It’s unrealistic to think all of us will play all three Tests against Pakistan with the workload we’ve got but we have a real battery of fast bowlers and anyone who comes in can perform.”

Broad also praised West Indies – who won the opening Test by four wickets – as the “heroes of the summer” for travelling to England amid the pandemic.