The anti-doping saga that engulfed Australian swimmer Shayna Jack is over at last, with the Court of Arbitration for Sport dismissing an appeal against her reduced ban and ensuring she can now return to the sport.

Jack was banned for four years after testing positive in 2019 to the banned SARM (selective androgen receptor modulator) ligandrol before the FINA World Championships in South Korea. That was halved when she appealed to CAS last December, only for Sport Integrity Australia (SIA) and the World Anti-Doping Authority to challenge the leniency. 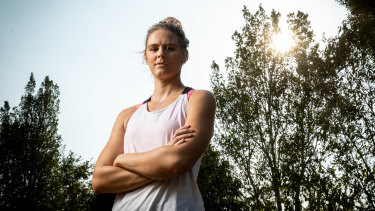 Shayna Jack is free to return to competitive swimming after the ruling.Credit:Paul Harris

That appeal has now been dismissed meaning Jack, the 22-year-old freestyle sprinter, can focus on making the team for next year’s World Championships and Commonwealth Games. She had always proclaimed her innocence and the legal proceedings have cost her in the hundreds of thousands of dollars.

Jack is overjoyed with the news. She has been back in training with coach Dean Boxall for a number of months and a reinstatement of the original four-year ban would have been a crushing blow likely to have ended her career.

On her Instagram page, Jack said the “nightmare was finally over” and she would cherish the decision, thanking those around her who had been with her from the start.

“After a 2 year and 3 month battle, I have finally received my final decision that my appeal case has been dismissed by the Court of Arbitration. I am now free to do what I love with no restrictions and am so overwhelmed with joy. I am now going to take some time to myself to cherish this moment and reflect on what I have endured. The nightmare is finally over,” she wrote.

After her original appeal, a CAS arbitrator ruled that Jack did not intentionally ingest the substance and that she was a convincing and honest witness who had gone to every length available to prove her innocence. She had been tested regularly before her positive test and after and never returned a violation.

Jack’s positive test was one of the most highly publicised doping cases in Australian history. It came just days after Mack Horton had made a public stand against banned Chinese star Sun Yang by refusing to share a podium with him at the World Championships.

She was sent home from a staging camp in Japan and returned to photographers stationed outside her house as she tried to clear her name. She didn’t change her story from day one and still proclaims to have no concrete reason as to why ligandrol was found in her system.

In her appeal, CAS was told the amount was so small as to have no impact on her performance. But the emotional strain and financial damage was crippling and Jack said she had been told to kill herself among a series of vile online threats and comments.

But that is now in the past as she can begin training without the weight of a pending doping case resting on her shoulders. The full CAS award will be published in coming days and shed further light on the reasons behind the decision.

In a statement on Thursday night, Swimming Australia chief executive Eugenie Buckley said it would now ensure Jack had every support as she resumed her career in earnest.

“We respect and support the CAS decision handed down confirming the two-year suspension and the process which has been undertaken to arrive at that decision,” the statement said.

“Swimming Australia has always been in strong support of the approach to anti-doping to protect both the sport and the athlete, while also supporting its athlete through the process.

“Jack was previously found by the Sole Arbitrator to have, on the balance of probabilities, not intentionally ingested ligandrol and considered that she had discharged her onus of proving that the anti-doping rule violation was not intentional.

“Swimming Australia will support Shayna in her next steps as appropriate, and having served her suspension in full, can resume her involvement in the sport.”

SIA chief executive David Sharpe said the matter was now closed and the body would review the decision and any impact it has on cases going forward.

“Sport Integrity Australia’s decision to appeal the original ruling by the Court of Arbitration for Sport was based on the need for clarity in the application of key anti-doping legal principles. Sport Integrity Australia is taking time to review the full decision in detail prior to making any assessment on the application of those principles going forward,” SIA said in a statement.

Sports news, results and expert commentary. Sign up for our Sport newsletter.