MAURIZIO SARRI'S switch from Chelsea to Juventus has been held up by the Blues demanding his £5.3million release clause.

That's the claim from Sky Sports In Italy, where ex-Napoli chief Sarri is keen to return with champions Juve. 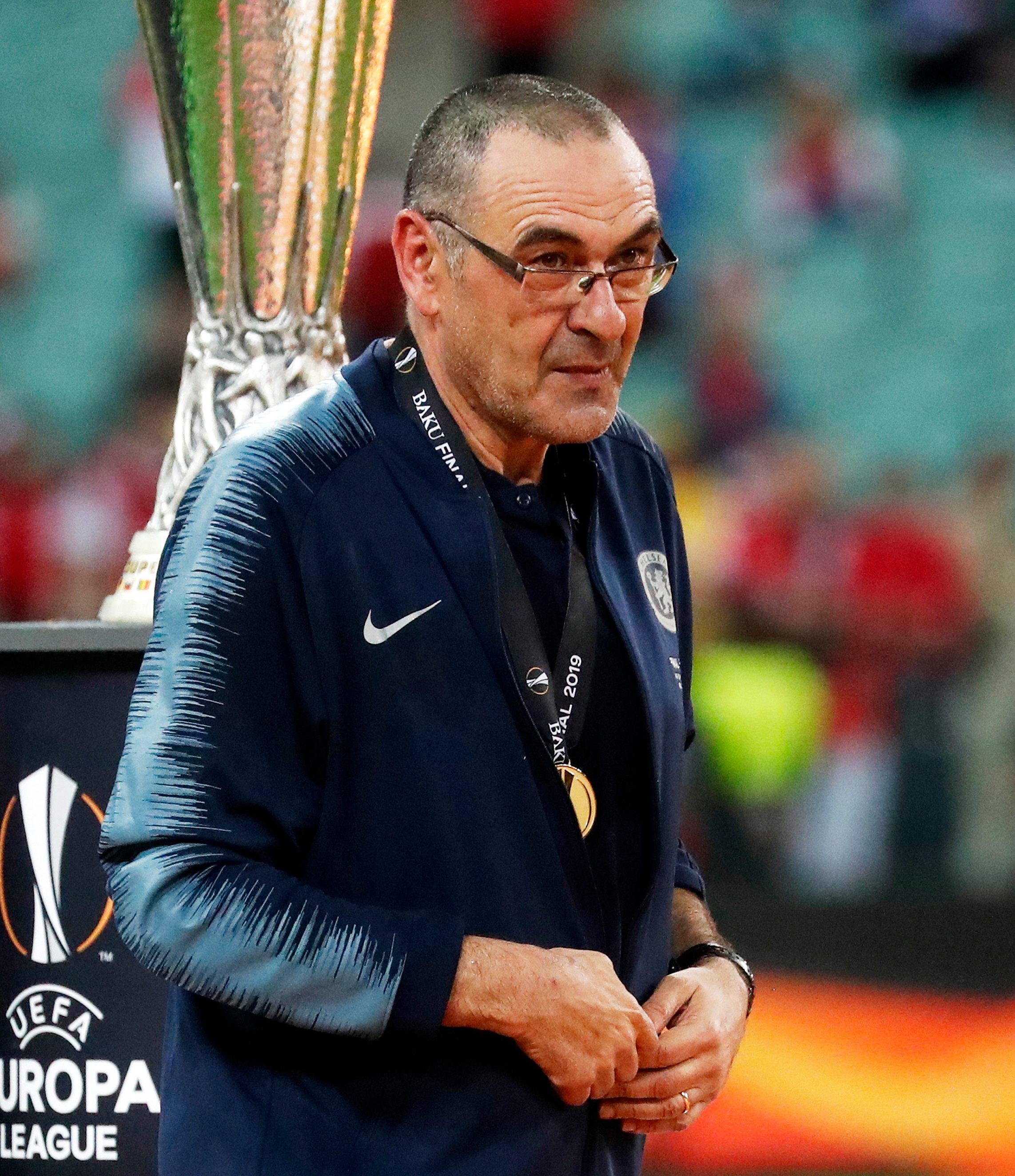 Sarri, 60, won the Europa League and finished third in the Premier League in his debut season in charge at Stamford Bridge.

But despite Chelsea improving in the closing months of the campaign, "Sarri-ball" never completely won over fans or pundits.

It is thought the Blues agreed to the 60-year-old returning to his his home country if Juve came in for him.

But today's stumbling block over his release clause confirms a move to the Serie A kingpins is far from a done deal.

In fact, Juventus president Fabio Paratici has told Sarri he is not the only contender.

And reports suggest the Old Lady held lengthy talks over whether Sarri was the ideal replacement for Max Allegri.

Paratici said: "We have very clear ideas and we are working. It takes a moment, we have a range of coaches, there is not only one name.

"How long will it take? There is no time limit, we are working very quietly."