New Orleans Saints backup quarterback and utility player Taysom Hill was carted off the field during Sunday’s game against the Washington Football Team after sustaining a concussion following a scary helmet-to-helmet hit.

The Saints were trailing by six with just over 12 minutes left in the second quarter when a defenseless Hill was hit hard by Washington’s William Jackson III, who took several steps into the hit. 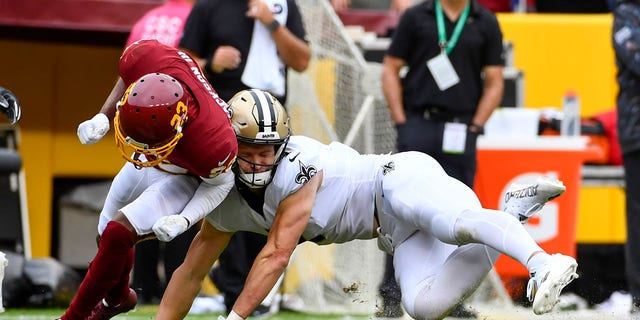 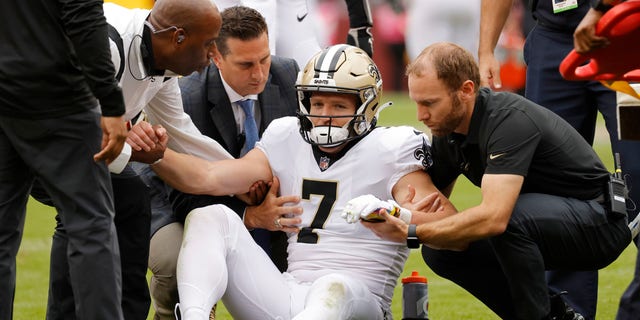 New Orleans Saints wide receiver Taysom Hill (7) is helped to his feet after being injured against the Washington Football Team during the second quarter at FedExField.
(Geoff Burke-USA TODAY Sports)

Coach Sean Payton will have to stick with quarterback Jameis Winston despite his shaky start with Hill no longer an option.

Winston threw an early interception to Cole Holcomb but followed that up with a 72-yard touchdown to Deonte Harris. Chase Young picked up his first sack on the next Saints drive and forced a fumble by Winston that was recovered by Washington’s Daron Payne. 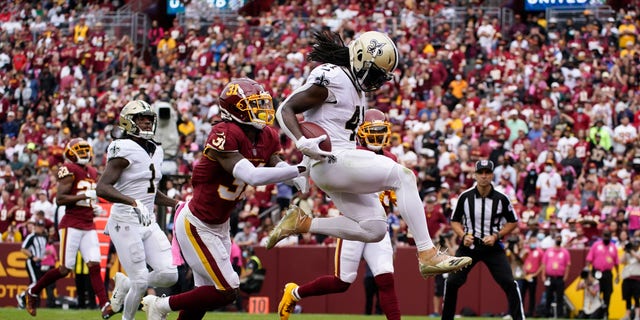 A touchdown by star running back Alvin Kamara and a 49-yard touchdown pass to Marquez Callaway as time expired had the Saints leading 20-13 at halftime.