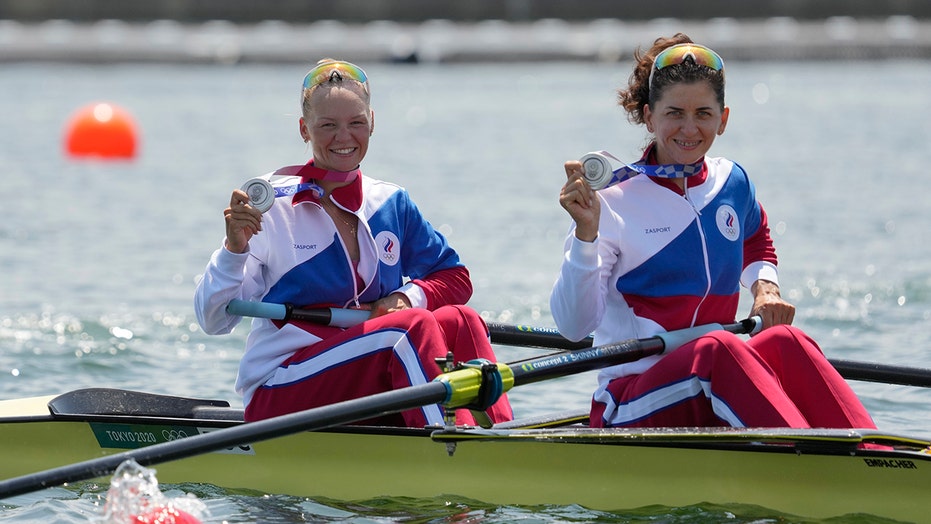 The Russian Olympic Committee (ROC) winning a silver medal in the Tokyo Olympics in the rowing women’s pair Thursday didn’t sit well with one of their American counterparts.

Megan Kalmoe, the U.S. rower who didn’t get to compete for a medal in the pairs, expressed her displeasure with the ROC on social media. 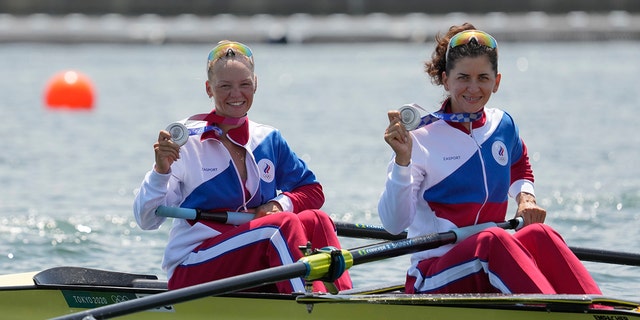 Vasilisa Stepanova and Elena Oriabinskaia of the Russian Olympic Committee pose with their silver medals after the women’s rowing pair final at the 2020 Summer Olympics, Thursday, July 29, 2021, in Tokyo, Japan. (AP Photo/Lee Jin-man)

The International Olympic Committee (IOC) described the tampering in 2019 as “flagrant manipulation” and “an insult to the sporting movement.”

WADA said the edits were made while the lab was blocked by Russian law enforcement. Moscow denied any wrongdoing. The CAS cut Russia’s four-year sanctions to two. 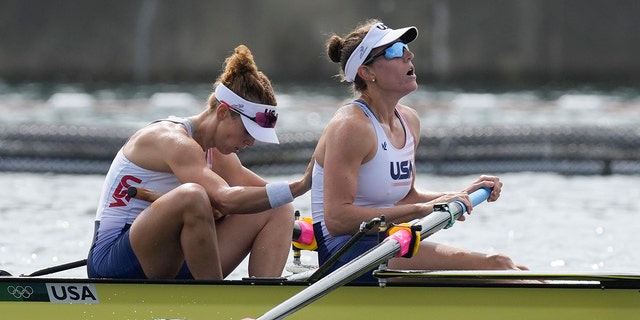 Megan Kalmoe and Tracy Eisser of the United States react after competing in the women’s rowing pair final at the 2020 Summer Olympics, Thursday, July 29, 2021, in Tokyo, Japan. (AP Photo/Darron Cummings

Russia sent 330 athletes to Tokyo under the ROC banner. It’s the second-lowest number since the fall of the Soviet Union in 1991.

Vasilisa Stepanova and Elena Oriabinskaia were the Russian rowing pair who won the silver behind New Zealand. It didn’t appear the pair were ever implicated in doping scandals.

Kalmoe and partner Tracy Eisser finished fourth in their heat. The top three teams in each heat moved onto the semi-finals.