World Rowing has submitted a bid for coastal rowing and beach sprints to be included in the program for the 2026 Commonwealth Games in regional Victoria, rejecting traditional events where Australia is ranked No.2 in the world.

The decision has drawn a strong reaction from rowing’s former champions, including Peter Antonie, an Olympic and Commonwealth Games gold medallist and former world champion, who said: “Why is World Rowing ignoring and not growing rowing? They are destroying lightweight rowing, the core of the sport’s universality, and going down other pathways that include fiddling with race distances and looking to promote other sports such as coastal rowing.” 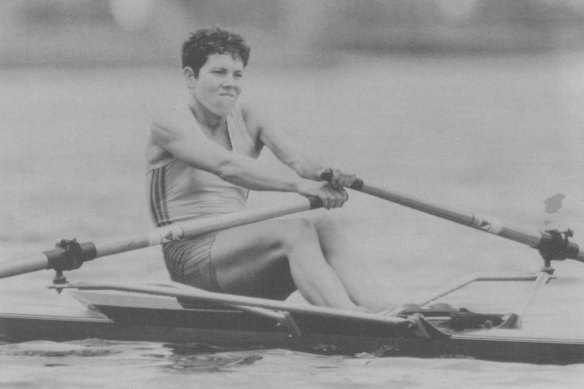 Rowing was last on a Commonwealth Games program in 1986, when Adair Ferguson won gold in the lightweight sculls.Credit:Kenneth Stevens

Coastal rowing is a contest using a broader craft than the traditional rowing shell and involves a head-to-head beach sprint of two crews over 10-15 metres followed by a 250-metre race to a buoy, a return leg of the same distance and then a final 10-15 metre sprint to the finish line.

Rowing was last on a Commonwealth Games program at Edinburgh in 1986 when the men’s VIII included future stars of global rowing such as triple Olympic gold medallist James Tomkins and double gold medallist Mike McKay.

However, World Rowing is now using the 2026 Games in regional Victoria to convince the International Olympic Committee to include beach sprints coastal rowing at the Los Angeles Olympic Games in 2028, having failed to have it added to the Paris 2024 program.

In a letter to Ian Robson, chief executive of Rowing Australia, the president of World Rowing, Jean-Christophe Rolland, writes, “… the beach sprints format is at the heart of our Olympic strategy to have coastal rowing included as a new discipline on the Olympic program for LA 2028 and Brisbane 2032, in addition to the already confirmed inclusion in the Youth Olympic Games, Dakar 2026.

“Based on the World Rowing Olympic strategy and the work that Rowing Australia are working on now to develop coastal rowing in the wider Oceania region, we conclude that the natural fit for Victoria 2026 would be beach sprints.”

A decision will be made on which new sports will be added to the 2026 program on August 19, following the announcement of 16 sports earlier this year.

It is anticipated three or four sports will be added, following a majority decision from the Victorian government, Commonwealth Games Australia and the Commonwealth Games Federation. The three bodies will only accept a nomination from an international sports federation, meaning World Rowing’s submission is the only one to be considered. Geelong is the preferred venue for coastal rowing.

World Rowing’s submission has upset many of the former champions of the sport who point out current and future stars are denied participation in events that propelled Australia to finish second behind New Zealand at the Tokyo Olympics. Furthermore, half the medals won in Tokyo went to Commonwealth Games countries, with 34 of these nations members of World Rowing.

Antonie said of an alternative program based at Nagambie, “what had been proposed for the lightweight, heavyweight and Para rowers men and women is attractive throughout Commonwealth rowing”. It included events over 2000 metres in singles, sculls and pairs.

Critics of the decision argue coastal rowing is almost non-existent in Australia.

However, World Rowing insists Coastal Rowing will grow as a sport, writing in the letter to Robson, “the relatively low costs and simple requirements of coastal rowing and beach sprints events are part of the attractiveness and, we believe, allow wider participation in the discipline. Many of the nations in the Commonwealth have limited or no access to classic rowing facilities and equipment but do have stretches of coastline or lakes with coastal conditions.”

Former rower Sue Chapman-Popa, who represented Australia at both Olympic and Commonwealth Games and is the mother of Rosemary Popa, the Tokyo rowing gold medallist, said: “If it is not to be flat water rowing at the 2026 Games, it should be surfboat rowing, not coastal sprints. Surfboat rowing is what many rowers come from or end up doing.”