MARK WILLIAMS has slammed “disrespectful” Ronnie O’Sullivan for “slagging off the tour”.

As he exited the Betfred World Snooker Championship quarter-finals, the Welshman fired a parting shot at his old sparring mate. 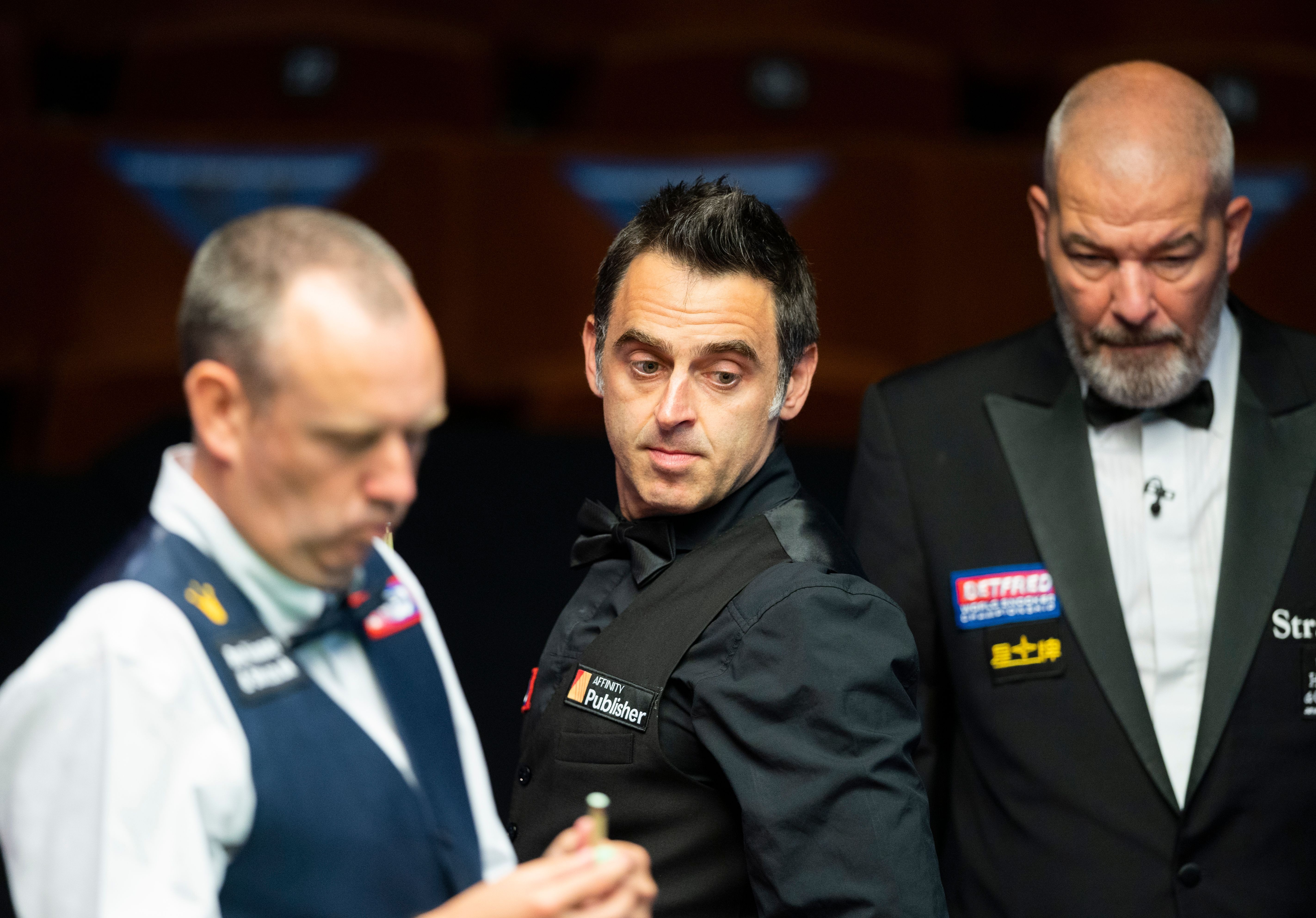 The Rocket, 44, blasted the baize young guns on live TV, saying the standard was so bad the older guys would have to “lose an arm and a leg to fall outside of the top 50”.

Though O’Sullivan was trying to compliment Williams and attack the youngsters, these comments angered the fellow Class of 92 Graduate.

“He’s the pioneer for our sport. He’s the main man without doubt and the best player in the world.

“You’d never have another top sportsman in their field sort of disrespecting or slagging off the rest of the tour.

“I understand what he was saying that the standard’s no good but that’s compared to him. He’s including me in that.

“There’s no-one on the tour that’s as good as him but it’s unfair to class everyone else in his standards because it’s not going to happen.

“And for him to have a go at the lower-ranked players I think it’s a bit naughty."

Who do I need to be like to win this title? I probably need to be someone like Novak Djokovic. He is double-solid, he does everything very well, he doesn’t give you anything.

O’Sullivan, a five-time world champion, has moaned this week he has struggled throughout his career to find a decent cue-action.

But Williams responded: “Ronnie always talks nonsense unless he is making nine tons on the trot. He always says he is c***. I don’t listen to it.”

The three-time winner earned plenty of plaudits from fans during the defeat to O'Sullivan when he owned up to a foul.

He brushed the yellow while lining up a shot in the must-win 23rd frame and confessed the error which had been missed by the referee.

The referee replied: "Did you? Thank you," before confirming a foul, resulting in a four-point penalty.

The 45-year-old received an official warning off the WPBSA but he hit back at the top man of the organisation Jason Ferguson.

In a series of Twitter messages, the world No3 said: “I didn’t know it was live. But I was only telling the truth.

“What’s the point doing any interviews especially straight after the match ends?

“It didn’t take long for the hierarchy to get in touch. I wouldn’t say it’s a bad word really. It could have been worse. Truth costs money.”

Last night O’Sullivan was involved in combat with Mark Selby in the first of four sessions of their intriguing semi-final.

The Essex potter admits he has to play like tennis megastar Novak Djokovic over three days if he has any chance of winning a sixth world crown.

He said: “Who do I need to be like to win this title? I probably need to be someone like Novak Djokovic.

“He is double-solid, he does everything very well, he doesn’t give you anything, he’s not the most flamboyant of players.

“He’s not like the Roger Federer brilliance or the Rafa Nadal forehand that goes above his shoulder. But in everything, he’s there from start to finish. His form doesn’t dip much. He still plays to a very high standard.”

It was bizarre to witness balls being potted on the single-table set-up without a capacity crowd in attendance of this vast theatre.

The semi-finals take place the day after world No1 Judd Trump surrendered his world title, thereby becoming the latest victim of the Crucible Curse.

For the 18th time, a maiden world champion has failed to defend the trophy in Sheffield.

Asked if the hoodoo could ever be lifted, O’Sullivan said: “Listen if Steve Davis and Stephen Hendry couldn’t break the Curse, then it must be a pretty tough thing.

“Hendry was the ultimate really and he had more bottle than anyone.

“If anyone was able to handle that, then it would have been him – and he didn’t do it.

“Maybe it is something that is beyond most humans.

“Or there will probably be some little fellow who comes out of the woodwork and thinks: ‘You know what? What was all the fuss about? Winning it once and then winning it again.’

“I mean Joe Johnson nearly did it. There you go. Maybe it needs someone who doesn’t care and is happy to be there.” 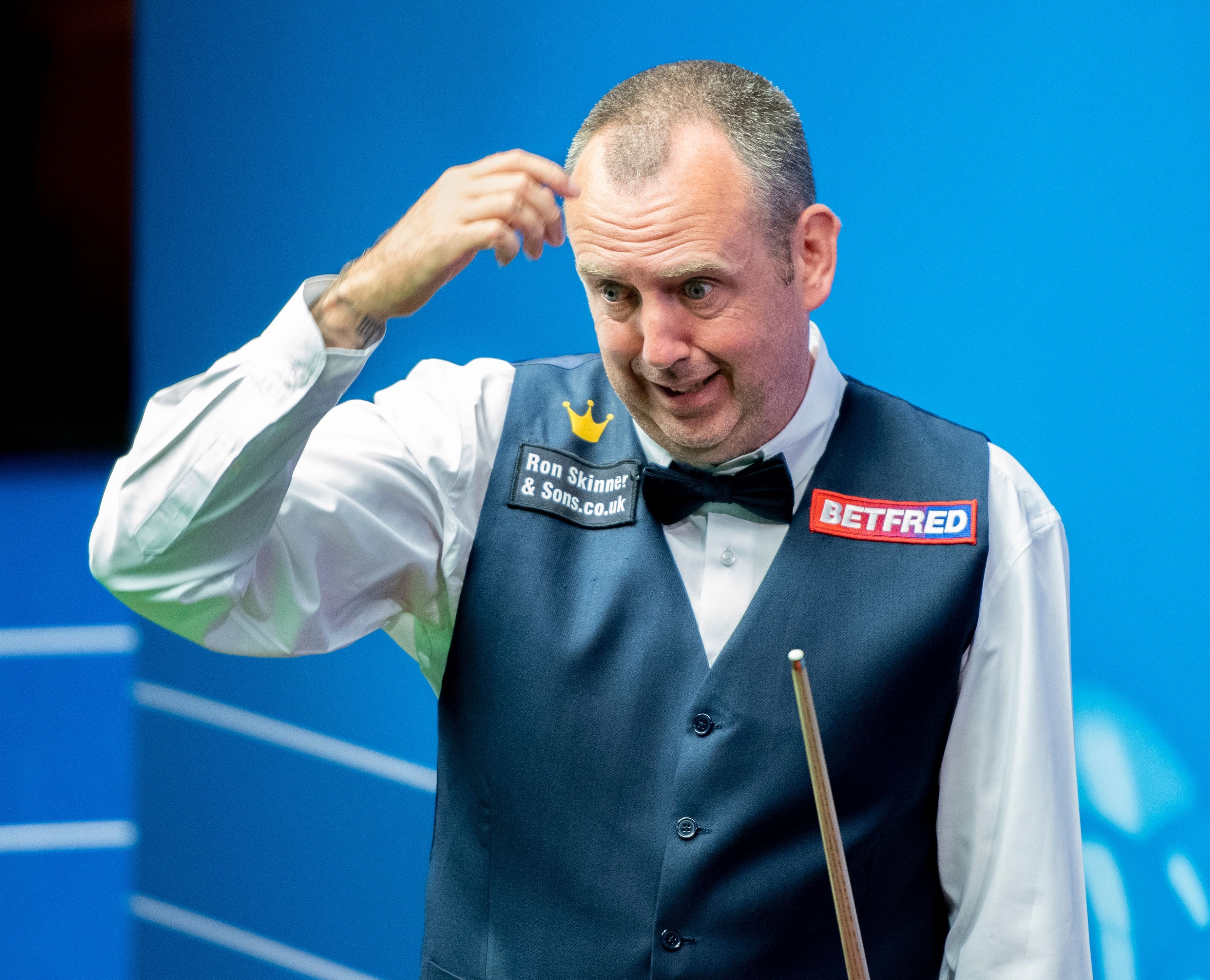