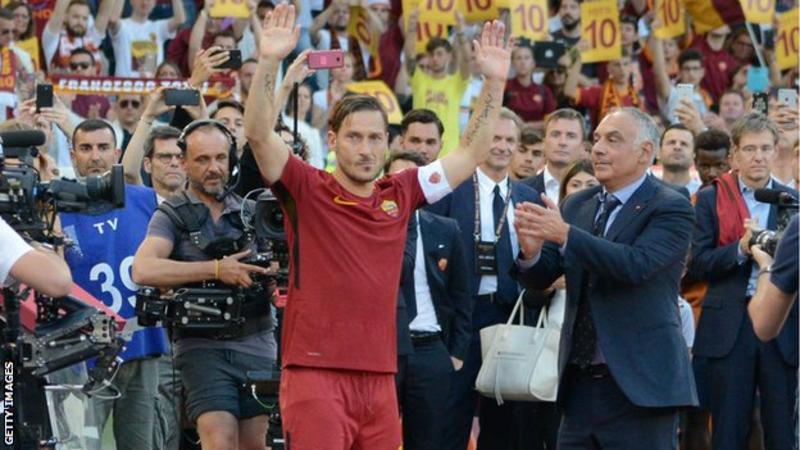 Roma president James Pallotta said the season was a “complete disaster” as he apologised to fans in an open letter.

His move followed reports in Italian newspaper La Repubblica of a dressing room revolt against the Serie A club’s leadership.

Roma finished sixth and missed out a place in the Champions League.

“I don’t think anyone at the club has been more disappointed, more depressed or more upset with how things have gone at Roma over the past 18 months than I have been,” said Pallotta.

The businessman’s 3,151-word letter, published on the club’s website, addresses a number of issues and he says he will “not be driven out”.

The 61-year-old says he can handle “being a target and a punching bag almost on a daily basis” for fan’s anger, but goes on to describe personal attacks against his family as “disgraceful and despicable”.

“It’s obvious to me that there are certain people who are unhappy that they can’t manipulate, blackmail or berate me enough to get me to sell the team,” wrote Pallotta.

“I understand the history of almost 3,000 years of Rome and I know how this works. If people think they’re going to drive me out, it’s just not going to happen.”

‘We dealt with De Rossi in wrong way’

Earlier this month, Roma decided not to renew midfielder De Rossi’s contract and the 35-year-old has left the club after 19 years.

Palotta said the club did not handle De Rossi’s exit in the right way, adding that the player had been “lied to” about a replacement being brought in because the Italian could only play “10 to 15 games next season”.

“Did we get it completely right with Daniele in how we dealt with him? No, I don’t think we did,” said Palotta. “Our view was that this was probably going to be his last year.

“While I would love to have Daniele on the team, you only have two positions – and if one gets hurt, Roma is screwed. It’s just as simple as that.”

“My mistake was that I wanted to make changes across the board in football operations and performance training back in December and I was convinced not to make those changes,” he wrote.

“I should have made the changes when I thought we needed them, and maybe that indecisiveness cost us a place in the Champions League.”

‘I didn’t want to sell Salah or Alisson’ 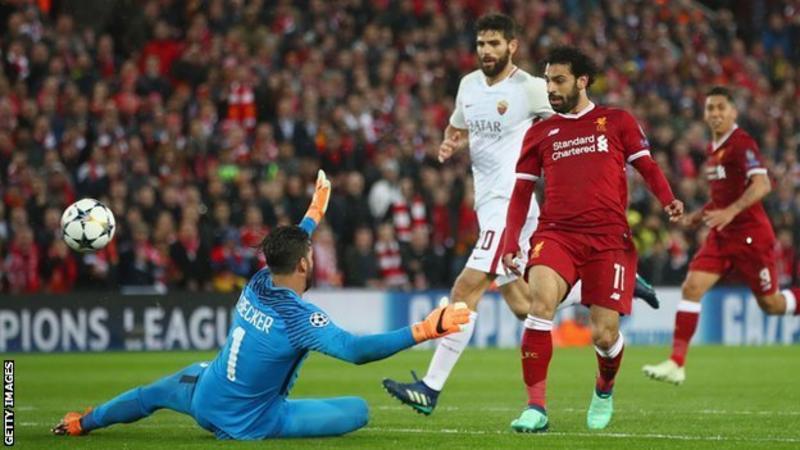 Palotta addressed the club’s transfer strategy after selling forward Mohamed Salah (£34m) and goalkeeper Alisson (£66.8m) to Liverpool in the past two years.

“Did I want to sell Salah? No. He asked to leave with two years left on his contract to prove that he could be a success in the Premier League,” he said.

“Did I want to get rid of Alisson? No, but we had to address financial fair play [rules] and he also wanted to go to a team who could pay him a lot more than our resources would allow.

“Sometimes we sell players because we have to address financial fair play, other times we make sales that we believe are for the betterment of the team.

Palotta says the biggest mistake last summer was that the players they recruited, including Steven Nzonzi, Javier Pastore and Justin Kluivert, did not fit Di Francesco’s system.

“At the end of the transfer market, I looked at what had been done and realised this probably wasn’t going to work,” said the president.

“I felt terrible for the position Di Francesco was put in.”