That's according to odds supplied by Betfair, who have installed the RB Leipzig coach as 5/6 odds-on favourite to succeed Zidane at the Bernabeu. 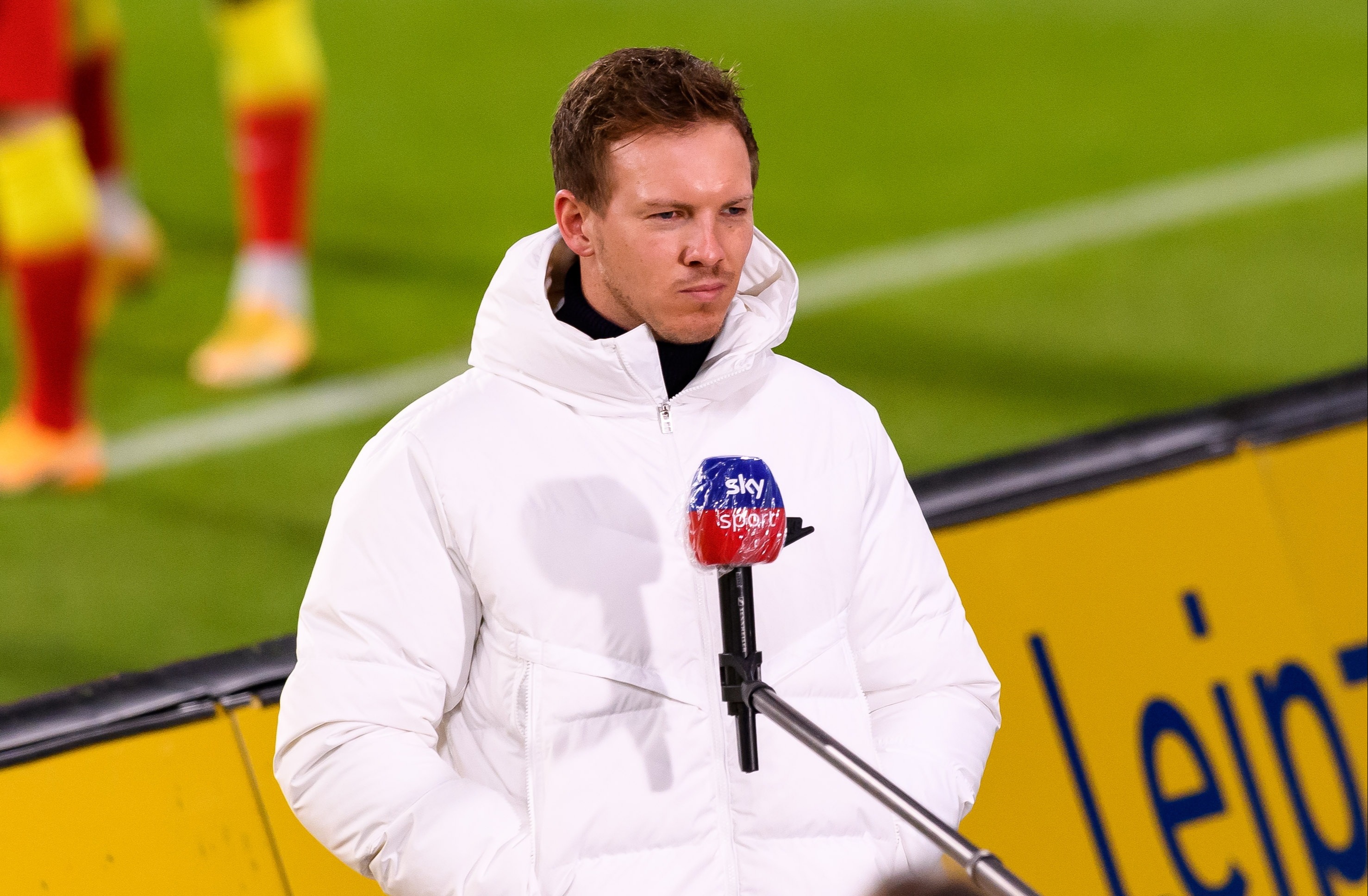 Nagelsmann has earned plenty of plaudits for his expansive and attacking brand of football at both Hoffenheim and RB Leipzig.

But the 33-year-old is under contract until June 2023 with the Bundesliga side likely to drive a hard bargain for their enterprising boss.

Massimiliano Allegri follows closely behind at 10/2 with Betfair.

The six-time Serie A winner is vastly experienced and clearly has the pedigree to manage a club of Real's stature.

Allegri, 53, remains a free agent having left Juventus last year after guiding them to their 36th league championship.

Bernabeu legends Raul and Guti, who combined have made over 1000 appearances for the Club, are available at 5/1 and 15/2 respectively.

Maurizio Sarri is the last at single-figure prices, offered at 9/1 after claims he's on Real's shortlist of targets.

Germany manager Joachim Low is priced at 20/1 while Premier League greats Arsene Wenger and Jose Mourinho are locked together at 33/1.

Talk of Zidane's departure has gathered momentum in recent weeks.

The Spanish heavyweights have endured a difficult season having struggled to qualify for the knockout stages of the Champions League.

They also suffered a humiliating Copa del Rey defeat at the hands of third division side Alcoyano.

And having lost on their last outing to Levante – Zidane's side are now TEN points behind La Liga leaders Atletico Madrid having played a game more.

Spanish football expert Guillem Balague certainly thinks the Spanish champion are heading for a change – but not until the end of the 2020-21 campaign.

He told the BBC: "Their idea is to take a big decision after the season.

"Zidane has come back from the brink several times before, even this campaign, but the team seems to have hit a wall."