NO STEVEN GERRARD? No problem.

Rangers showed exactly why they are champions as they earned the bragging rights from the season's first Old Firm clash. 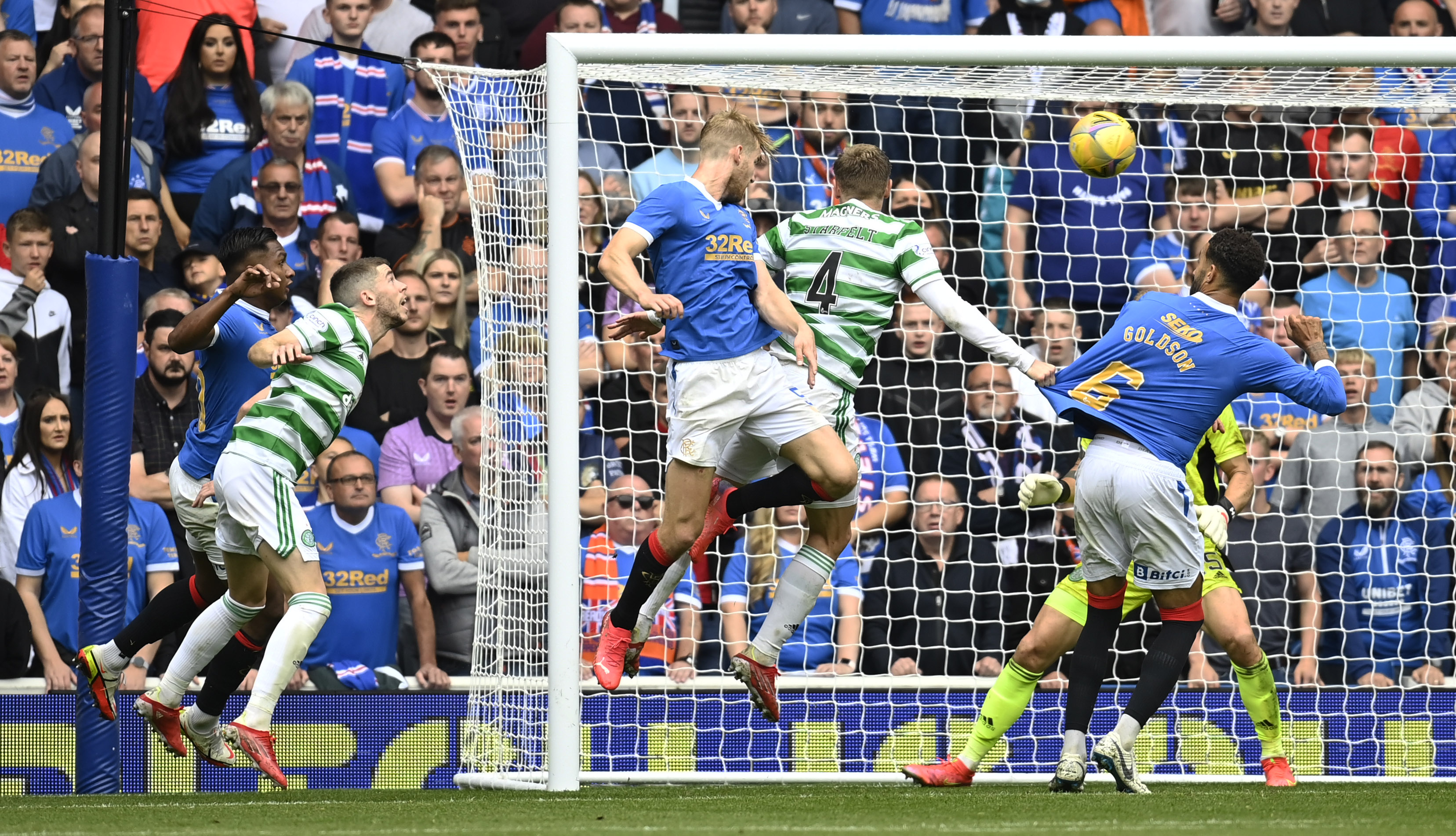 The odds were stacked in the favour of Ange Postecoglou's Celtic after Gers were struck down by coronavirus.

But the Light Blues put their Old Firm rivals firmly in their place thanks to unlikely hero Filip Helander.

Rangers' plans were disrupted after boss Gerrard was forced to stay at home along with FIVE first-team stars.

But Gers were still able to field a strong line up, with third-choice goalie Robby McCrorie retaining his place between the sticks, as Gary McAllister took charge in Gerrard's absence.

Experienced stopper Leon Balogun took up the right-back berth, while Ryan Kent returned to the fold.

The visitors made just one change from their midweek clash in Alkmaar as Tom Rogic dropped out for Odsonne Edouard.

Ibrox was rocking pre-match as more than 50,000 Rangers fans packed inside – while Hoops supporters were forced to watch from home after being denied tickets.

But Celts never let the deafening volume affect them as they asserted their authority early doors.

Japanese sensation Kyogo Furuhashi and Israeli winger Liel Abada both flashed balls across the face of goal as they forced Gers to scramble clear. 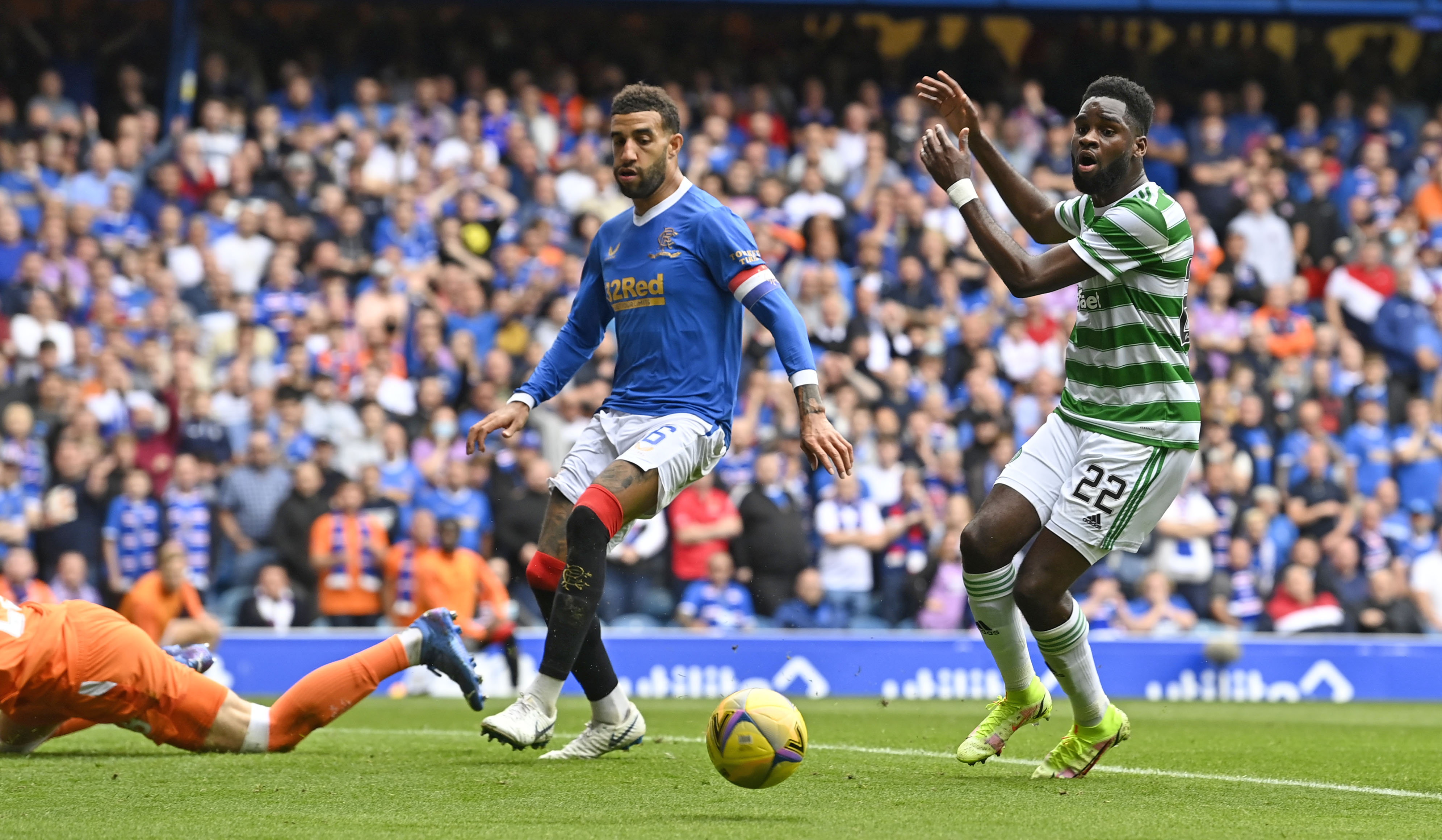 Light Blues danger man Kent then threatened down the wing and later blazed an effort well over the bar.

Kyogo could have done better on the 20 minute mark when his curling effort from inside the box flew past McCrorie's left hand post.

But Edouard definitely should have broken the deadlock minutes later after somehow missing the target from six-yards out.

Kyogo squared it to the French striker who only had to pass the ball into the net, but his effort clipped off his heel and rolled out a for a goal kick.

Celts then had a handball claim turned down after Kyogo tried to dance past a grounded Leon Balogun, but there was little the Nigerian could do to get out the way. 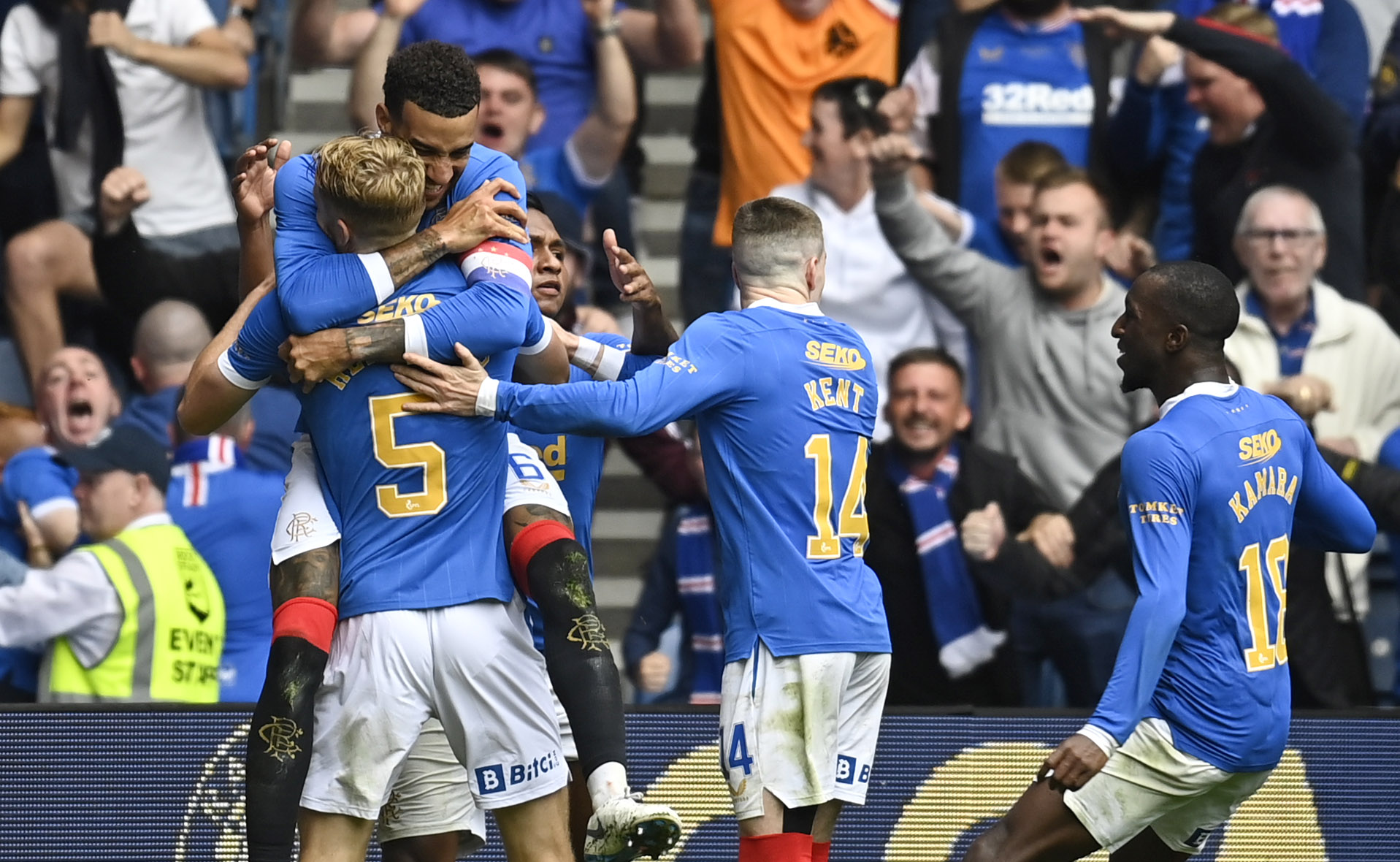 Kent soon came within inches of opening the scoring after rattling the post from the edge of the penalty area.

Hoops midfielder David Turnbull picked up the first booking of the afternoon for a late tackle on Connor Goldson shortly before both teams went into the break level following a frantic 45 minutes.

Set piece specialist Borna Barisic smashed a free-kick into the Celtic wall seconds after the restart.

Celts then survived another scare when Carl Starfelt brilliantly glanced a header clear from a corner as Gers piled on the pressure.

But the Swedish stopper was rooted to the ground when Helander managed to climb above his fellow countryman to power a header past Joe Hart.

It was a deserved opener for the hosts after a lively start to the second-half.

However, Helander nearly gifted Celtic a quick-fire equaliser after his poor touch allowed Kyogo to go clean through on goal, only for McCrorie to come to his rescue as the keeper sprinted out to clear.

Postecoglou made a double sub as Turnbull and Edouard were hooked for Ismaila Soro and Rogic.

Celtic piled on the pressure during the final 10 minutes and McCrorie once again saved Gers by denying Kyogo.

It was a major let-off for Rangers, with Ryan Christie unmarked at the back post for a tap in.

Josip Juranovic fired a chance over the bar as Celts desperately chased an equaliser in the final minutes.

But Rangers held out to get the job done and move three points clear of their Old Firm rivals going into the international break.