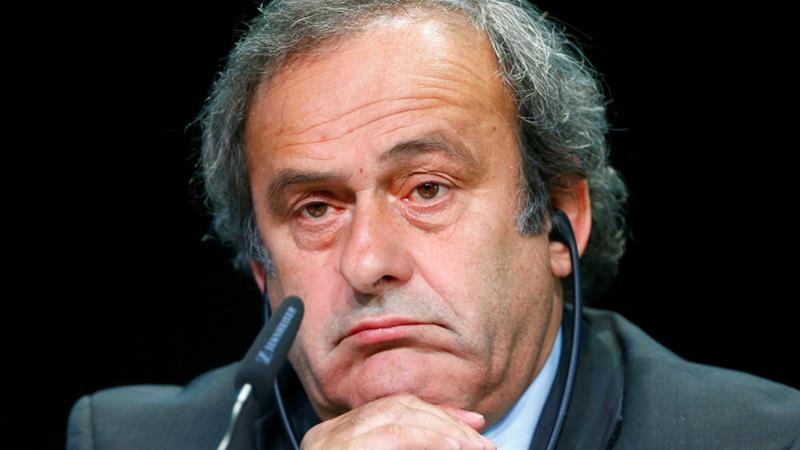 Former head of European football Michel Platini has been detained for questioning in Paris over the awarding of the 2022 World Cup to Qatar, Le Monde reported on Tuesday.

The French daily reported that prosecutors were particularly looking into a 2010 lunch hosted by France’s then-president, Nicolas Sarkozy, nine days before the announcement that Qatar would host the cup.

Platini, 63, and Qatar’s prime minister at the time, Sheikh Tamim bin Hamad Al Thani, were guests at the lunch, according to the newspaper.

Platini was head of UEFA for eight years and voted for Qatar to host the tournament.

Two of Sarkozy’s aides at that time, Claude Gueant and Sophie Dion, were also questioned by police on Tuesday, judicial sources confirmed to Reuters news agency.

Dion remains detained, along with Platini, while Gueant has been released, the sources said.

French financial prosecutors have been investigating the bidding process for the 2018 and 2022 World Cups and previously questioned former FIFA president Sepp Blatter.

France’s financial prosecutor services opened the investigation on grounds of private corruption, criminal association, influence peddling and benefitting from influence peddling relating to the 2018 and 2022 World Cups, which were awarded to Russia and Qatar, respectively.

Platini, who was banned from the game in 2015 for six years (later reduced to four years) over ethics violations, was being detained at the Anti-Corruption Office of the Judicial Police outside Paris, AP news agency reported.

Platini, a former attacking midfielder, was a top goalscorer for club and country in the 1980s.

He was admitted into the prestigious French Legion of Honour, before going on to manage France’s national team, organising the 1998 World Cup in France and eventually being appointed to lead the European game as president of UEFA.

But his legacy and reputation were destroyed four years ago after it emerged he had received a $2m payment from Blatter amid a corruption scandal that rocked world football.

“When FIFA originally awarded the World Cup to Russia and then to Qatar, it was done by a committee that was notorious for corruption,” said Lee Wellings, Al Jazeera’s sports correspondent.

“But the scandal around Michel Platini was centred on a payment he received a year after that decision was made, so it’s important to focus on the facts.”