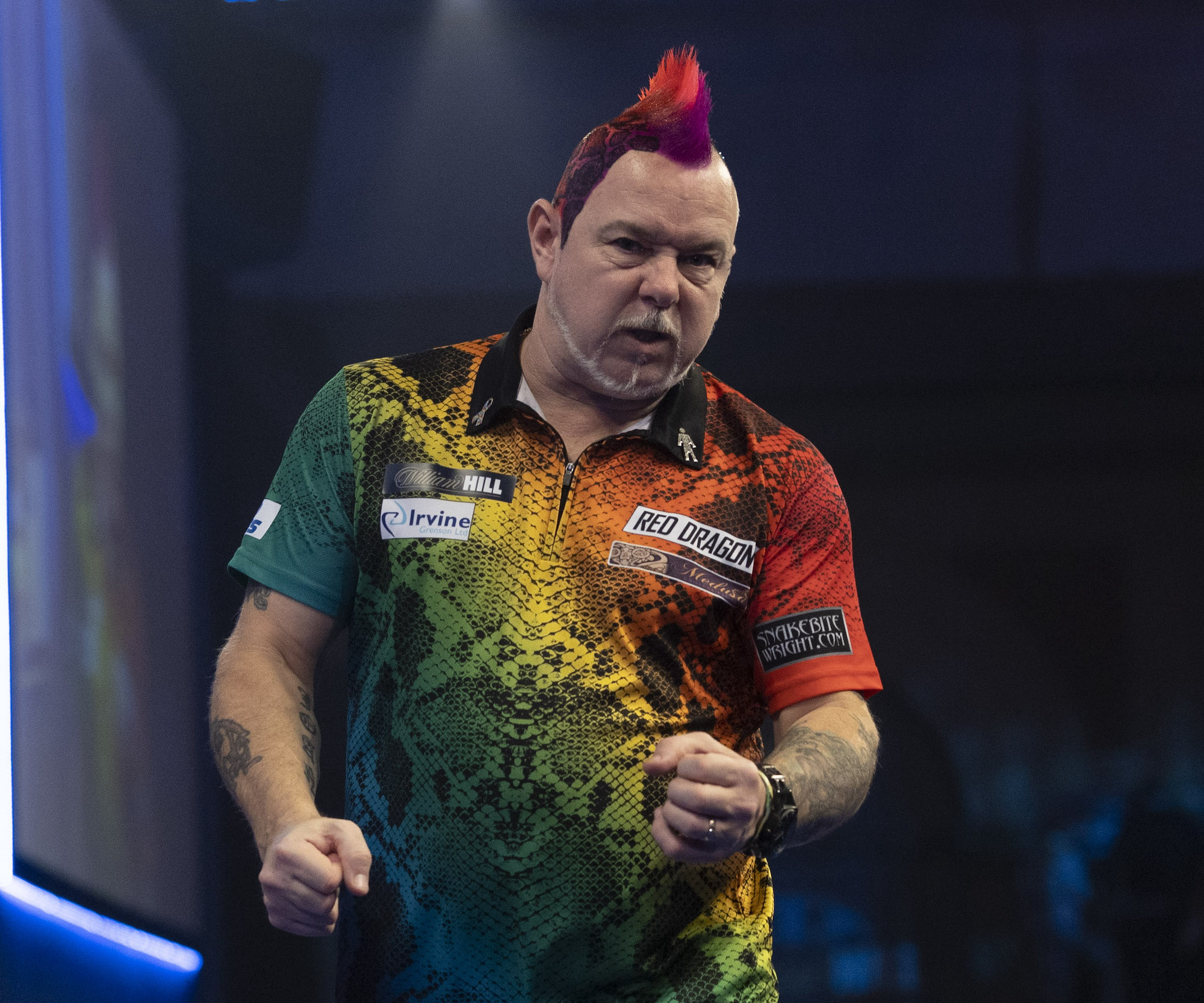 Peter Wright says his knee felt like it was on fire by the end of his World Darts Championship semi-final win over Gary Anderson on Sunday. A cause for concern heading into Monday’s final against Michael Smith.

Snakebite came through a stunning match against Anderson, winning 6-4 with an average of 104.38 and setting a new record of 24 180s in a single match.

Wright claimed it was the best game he had ever played, given that the Flying Scotsman averaged a monstrous 102.72 himself, and this was despite a nagging injury.

The 51-year-old revealed that he has been struggling with a knee problem which left him with a burning sensation during the match.

‘In the past few days I’ve had a knee injury,’ Wright said after the win. ‘I’ve got strapping on it and it’s burning like hell at the moment. I’ve got to rest it up but it’ll be all right for tomorrow.’

Expanding on the problem to the PDC afterwards, he explained: ‘It feels like I’ve got deep heat on it, it’s really hot, but I’ve put nothing on it, just the straps.

‘I noticed it the other day, a little twinge when I was practicing and I felt the liquid building up underneath the bottom of the knee cap.

‘I felt it yesterday and last night so I put it on [the strap]. I was going to take it off before my match but I’m glad I didn’t.’

Asked the reason behind the problem, Wright told a press conference: ‘It’s just kind of practice, and obviously getting fat…too much weight.’

Smith is 20 years Wright’s junior and not dealing with any injury problems, so Bully Boy may see this as an advantage in what otherwise appears to be a very level game on form.

Wright’s performance against Anderson was immense, but so have Smith’s been over the tournament, notably when knocking out Gerwyn Price in the quarter-finals and Jonny Clayton in the last 16.

The man from St Helens is into the World Championship final for a second time and is confident of going one better than that loss he suffered to Michael van Gerwen in 2019.

‘I’ve worked hard for this,’ he said. ‘You don’t get gifted things in life, I’ve earned it. I’m better mentally now and that’s made a difference.

‘I’m looking forward to playing in the final again. I’m desperate for a chance to put things right from three years ago and now I’ve got it.’

The final gets underway at 8pm on Monday 3 January at Alexandra Palace.