West Ham appeared to be in pole position to push through a £20million deal for the Nigerian, who bagged 10 goals and 6 assists in 33 Premier League appearances last season. 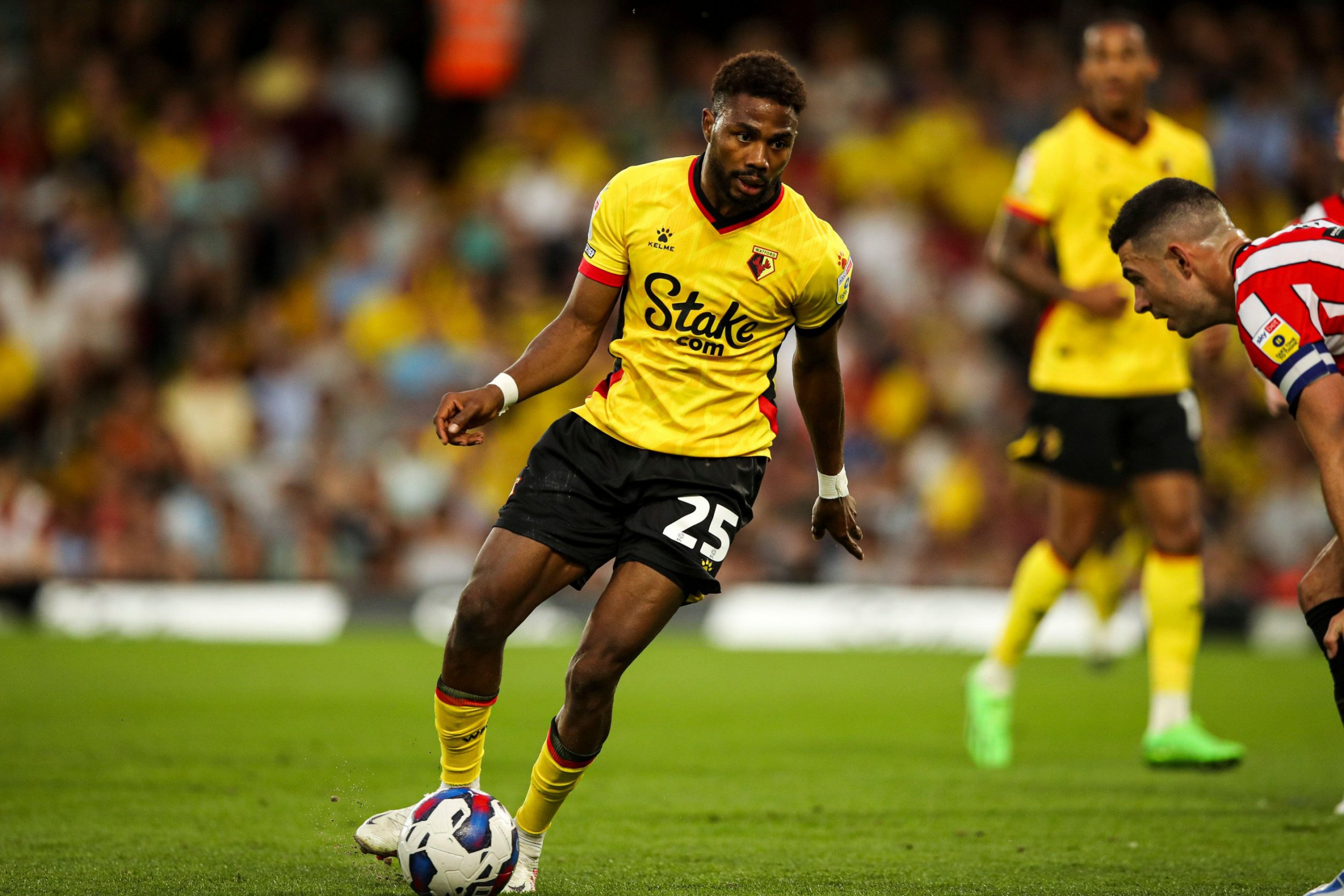 Hammers boss David Moyes has cooled on the move after doubts following background checks on the 24-year-old, feeling he wasn't a good fit for his squad.

That alerted Cooper, who believes the versatile attacker can fill any of his three attacking positions and would add a real goal threat to his newly-promoted side.

Although Dennis has four years left on his contract, Forest are confident they can cash in on the Hammers' U-turn and land the skilful frontman.

Dennis' 10 goals for a relegated team was an impressive return and the flamboyant forward also produced 21 nutmegs during Watford's campaign.

Cooper likes the fact the former Zorya Luhansk and Club Brugge forward can play left and right wing, as well as through the middle as a mobile striker.

Dennis, who scored twice against Real Madrid in a Champions League tie at the Bernabeu, does not lack confidence and would be interested in a speedy return to the Prem.

‘I COULD TASTE BLOOD’

Aouar joined Lyon's academy at the age of 11 and now wants a new challenge in Spain or England.

He is now in the final year of his contract and Lyon want to cash in while they can still attract a fee for the central midfielder, who has played for France at senior level.

Unlike Betis, Forest haven't been scared off by Aouar's £75,000-per-week wages as he would be available for less than half of the £30million Forest were prepared to pay for Wolves Morgan Gibbs-White.

Aouar has made a total of 215 appearances for the Ligue 1 outfit, scoring 40 goals and providing 35 assists, statistics which led to previous interest from Arsenal, Spurs and Leicester City.