NIGEL OWENS has revealed that rugby bosses tried to block him from reffing 100 internationals.

Welsh whistler Owens became the first official to reach the milestone when he took charge of France v Italy in November. 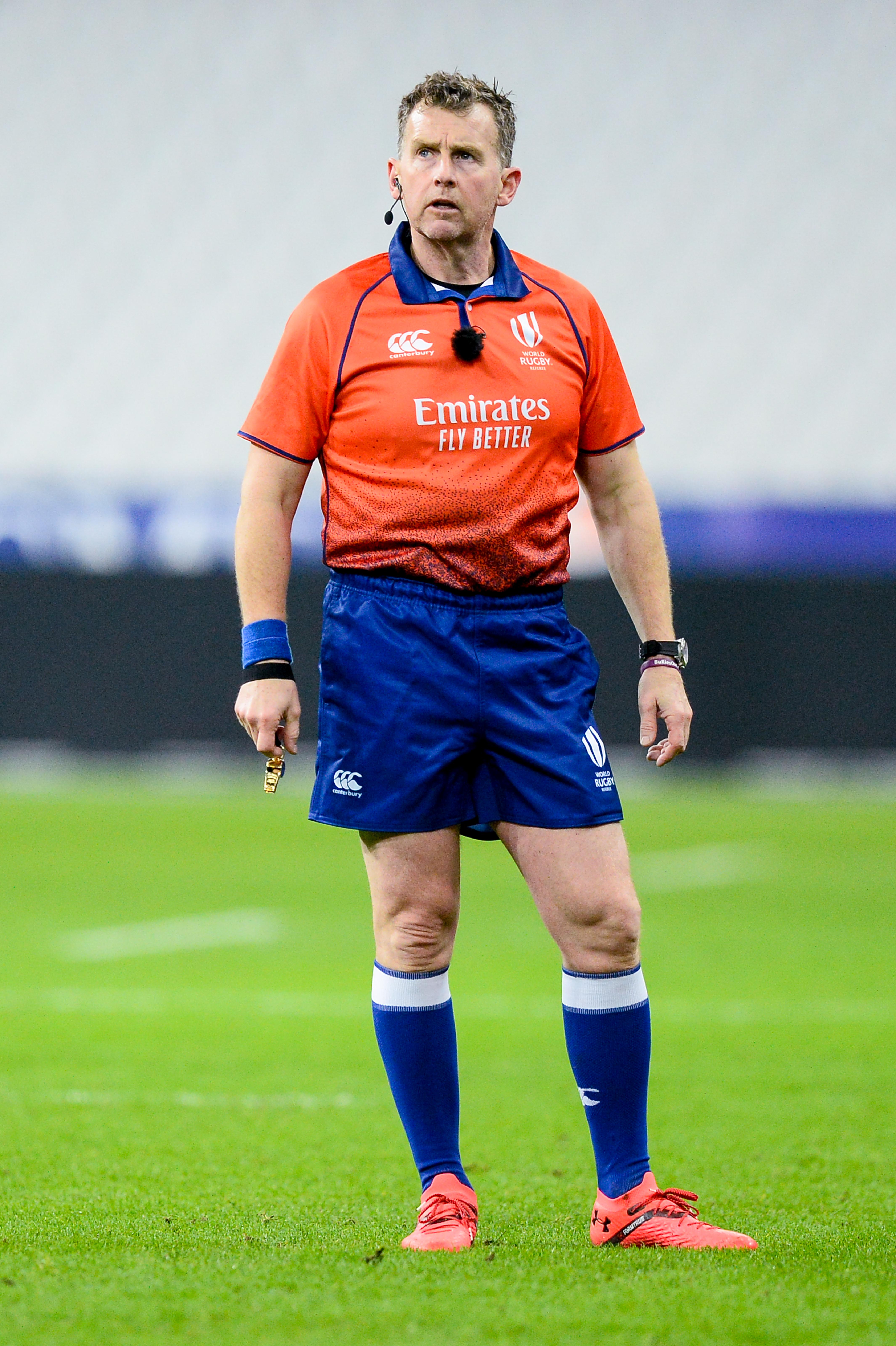 But the world's best ref, 49, had to fight hard to sign off on his own terms from the Test match stage after a split amongst the World Rugby selection panel.

The World Cup 2015 final ref explained: "I was given England v France in the Six Nations and it was suggested to me then, by the powers that be, that I should finish then as they needed to appoint the next generation.

"They were asking me to do a very difficult thing, when I was still one of the top referees, not that numbers was a goal for me, but I was just two games away from 100.

"Thankfully, a couple of others said no, I was still one of the top referees. So I got to the 100.

"But to hear one or two people didn't want to appoint me to get to 100, I was a bit hurt by that.

Jealousy is a terrible thing and you do wonder sometimes.

"If I wasn't reffing well enough I would have said: 'No, don't appoint me.'
"I was ready to go, it was just when.

"Thankfully there were enough sensible people with enough respect for me to appoint me for those last two games.

"I would have been pretty hurt by that if it wasn't the case. Jealousy is a terrible thing and you do wonder sometimes.

"I chose my ending, I decided 100 and out. And I knew they needed to bring other referees through."

Owens will step away totally from his 34-year career at the end of the season, whilst still helping ref charity games.

For now, he still referees in the Pro14 and spends the rest of his time looking after his beloved cows at his Carmarthenshire farm.

He said: "I've got a small holding and a 42 herd of pedigree Hereford Cattle – so I am actually working harder now than when I was refereeing.

"But you need to leave the stage when people are wanting and expecting more from you.

"I always wanted to leave when I was at the top of my game, rather than people saying I was passed my best and should finish.

"But I never got round to doing that!"

Owens is famous for his one-liners during games and first did stand-up when he was just 13 at his village hall.

But one thing he knows isn't a laughing matter is the crossroads at which rugby reffing finds itself at right now.

Owens feels too many up-and-coming refs rely too much on technology and there are only a couple of world-class officials around the globe.

"At the moment there are only one, two or three referees who are reffing well enough for knock-out games at a World Cup," he said on Paddy Power’s podcast, From The Horse’s Mouth.

"And technology is vital to get correct decisions, so it has it part, but I also think it is being used too much.

"There are too many refs just relying on technology, rather than using it to back a decision up they humanly couldn't see.

"It has gone too much the other way. I do think it is being used far too much. You have a TMO actually refereeing the game sometimes.

"There is an over-reliance on the TMO because referees have the mindset of: 'If we miss something, the TMO can clear it up'.

"You need to go out there and get everything yourself."

Nigel Owens was speaking on Paddy Power’s podcast From The Horse’s Mouth. Listen at podfollow.com/horsesmouth