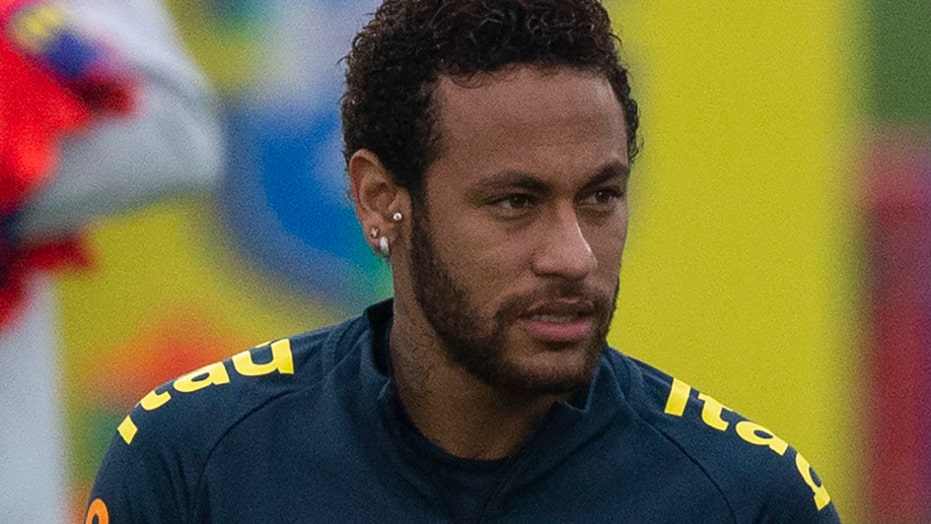 Brazilian soccer confederation reported earlier that Neymar had received a subpoena to speak with authorities about his posting on social media of images and messages of the accuser without her authorization in possible violation of her online privacy.

Neymar arrived to testify shortly after 7 p.m. local time and left shortly before 9 p.m. He spoke to journalists afterward at the police headquarters but didn't provide any details about his testimony in the alleged cybercrime case.

"I only want to thank the support and messages that everybody sent," said the player, who was using crutches because of his injured right ankle. 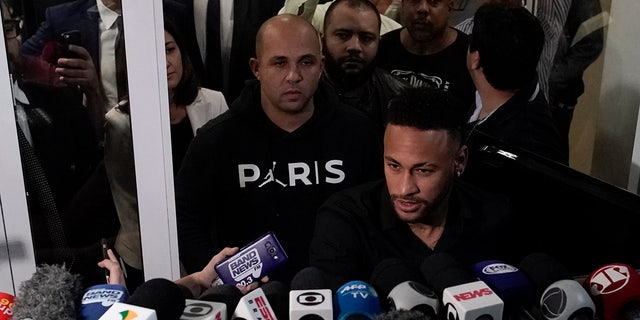 Neymar is expected to speak to authorities in the next few days about the rape allegation, which is being investigated separately in Sao Paulo, where the woman filed a formal complaint with police Friday. The complaint alleges the Brazilian soccer star raped her in a Paris hotel room May 15. A doctor gave a statement to Sao Paulo police Thursday about a medical examination he gave the accuser.

Neymar denies any wrongdoing. After word of the woman's allegation became known, the player shared social media posts meant to show that the accuser had sent him friendly messages following the alleged rape.

Neymar injured his ankle in a friendly match against Qatar on Wednesday held as a warmup for the Copa America soccer tournament.

The accuser, Najila Trindade, a 26-year-old model, made her first public comments about her charge this week, telling two Brazilian television stations that Neymar raped her and engaged in "aggression," or physical violence.

The Associated Press doesn't name alleged sexual assault victims unless they make their identities public, which Trindade did in the TV interviews.

She told the SBT channel that Neymar became aggressive after she refused to have unprotected sex with him. She said the player had sexual intercourse with her despite her refusal and hit her repeatedly.

Her lawyer, Danilo Garcia de Andrade, said late Thursday that Trindade is suffering "threats; she is taking medicines; she has problems sleeping and of course, she is scared." He did not say what kind of threats she received or who they are coming from.

Meanwhile, a video emerged on social media Thursday night that appears to show Neymar and his accuser in a physical altercation. It is unclear how or when the video was made, and the AP has no way of verifying it.

Neymar da Silva Santos, Neymar's father and agent, said the new video is evidence that his son was set up by Trindade.

Trindade denied that during her TV appearances. "I wouldn't expose myself this way to take money from Neymar. There is no logic, there is no sense," she told one interviewer.

One of her attorneys said she will testify in Sao Paulo on Friday.