Securit forces tampered with the phones, cars and houses of suspected terrorists to keep the London Games safe, according to a riotous unofficial history of the Olympics.

‘Creative methods’ were used to ensure the 2012 showpiece passed without incident, with a series of clandestine black-ops measures taken, former International Olympic Committee executive Michael Payne claims in Toon In! which is released today.

In close to 500, cartoon- illustrated and uproarious pages in a four-kilo tome, ex-commercial chief Payne shines a light on the often scandalous behind-the-scenes goings-on at the world of sport’s greatest show. 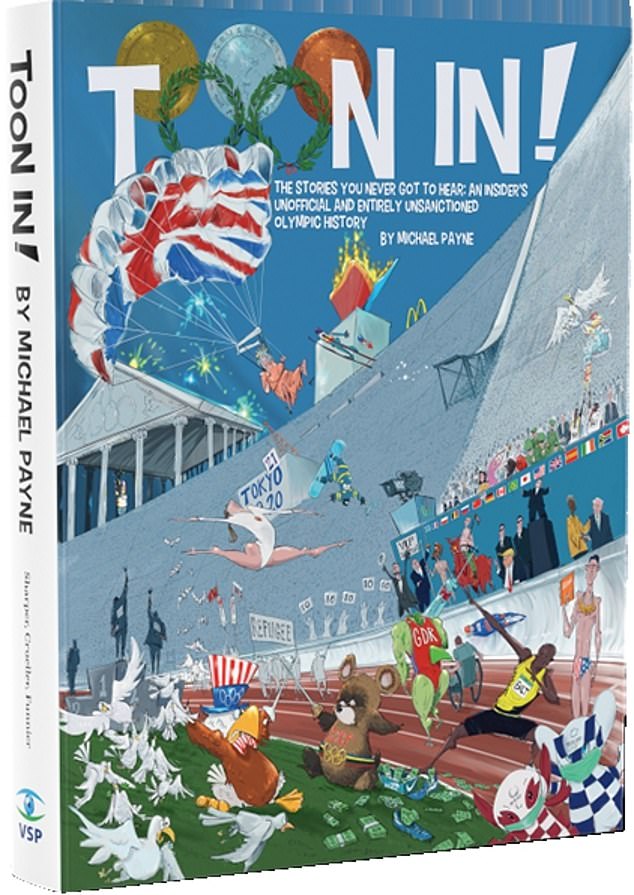 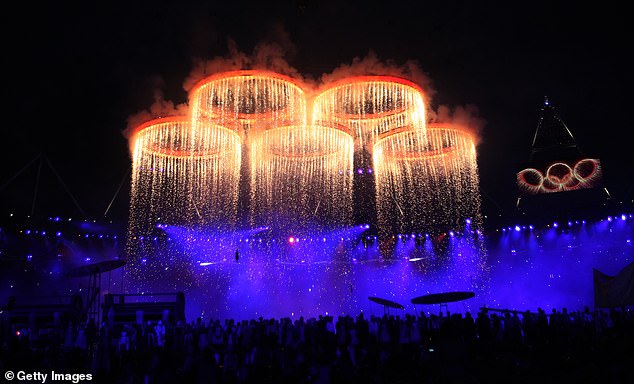 London 2012 gets the full treatment, with Payne first recalling how, following the surprise triumph over Paris, the then Chancellor Gordon Brown hit the roof with civil servants.

‘Brown had only been persuaded to sign off on the original Olympic budget based on the watertight assurances from his civil servants that the London bid had absolutely no chance whatsoever of ever winning,’ he writes. ‘It was an incandescent Gordon who met his civil servants after the bid, screaming: “What the hell have you now got me into?”’

Payne also discloses how the build-up to the Games threatened to be overshadowed by claims from a ‘serious source’ that a nuclear weapon had been stolen from a sunken Russian submarine, planted in London and timed to go off during the opening ceremony. The claim was subsequently found to be a hoax but the threat of attack was taken seriously with missile launchers stationed on public tower blocks. 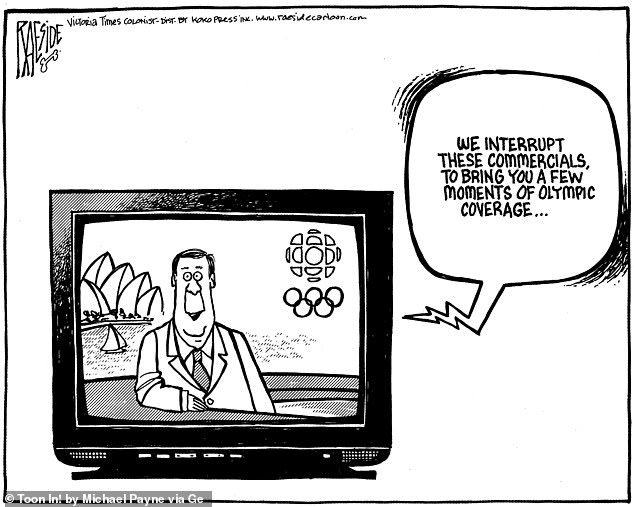 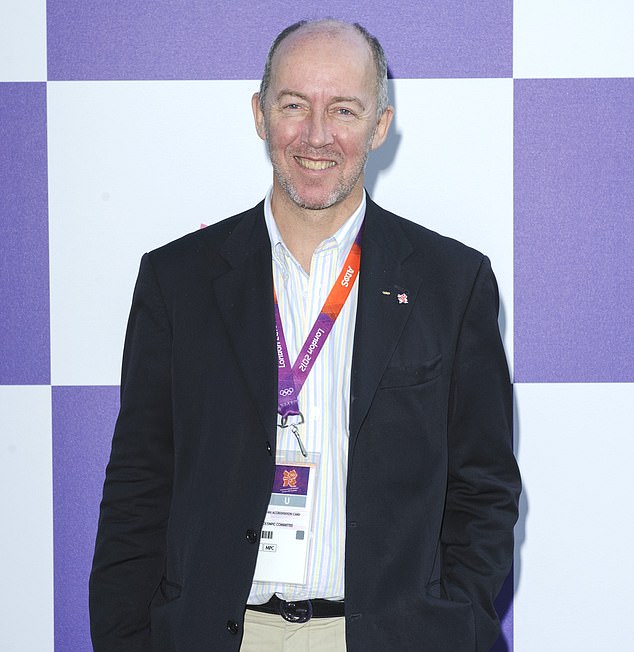 And then came the spy games. ‘Although traditional British democratic principles did not permit the security forces to “lose” high-risk characters, they were nevertheless able to be very creative and innovative,’ Payne recalls. ‘However, for a few weeks prior to the opening ceremony, a small group of unsavoury characters deemed to have a possible interest in the basic principles of terrorism, found their everyday lives turned upside down.

‘To this day, the pseudo-terrorists still don’t know why their cars suddenly stopped working, why their mobiles always ran out of battery, even when they had just been charged, why the keys to their garage could never open the lock and their debit cards ran out of credit.

‘It was all very bizarre and confusing. And then suddenly, in September, straight after the Paralympic Games, everything began to work again.’ 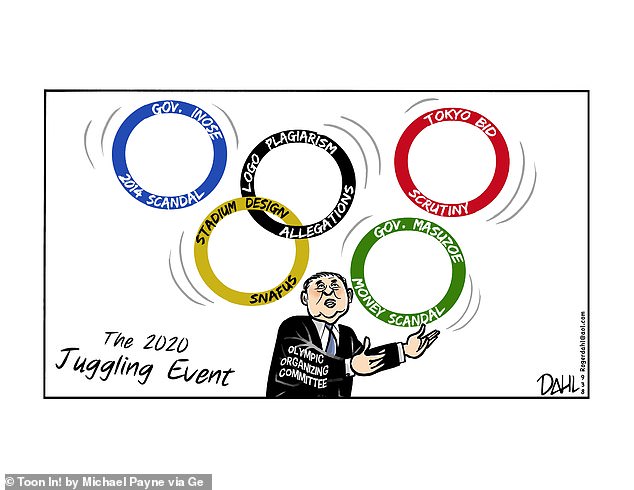 Ex-British skiing champion Payne, 63, also examines the Queen’s role in Danny Boyle’s opening ceremony, disclosing her insistence that she would not only appear but would also have a speaking part in the James Bond spoof which saw her and Daniel Craig ‘parachute’ out of a plane above the stadium.

‘Plans for filming the scene proceeded in total secrecy,’ he recalls. ‘It had been intended to have a famous actress stand in for the Queen when she met James Bond. They only realised their error and that the Queen was not having anyone stand in for her when the Queen’s dresser called the organisers the day before filming to ask what dress would they like Her Majesty to wear.

‘The production crew was caught off guard when filming started and Her Majesty asked for her script. No script had been prepared, and the immortal, “Good Evening, Mr Bond” was quickly scribbled on the back of an envelope.’

There is also a chapter on doping, with the Russians and the Americans getting both barrels. And Tokyo, host of this year’s postponed Games, does not dodge the Payne treatment. 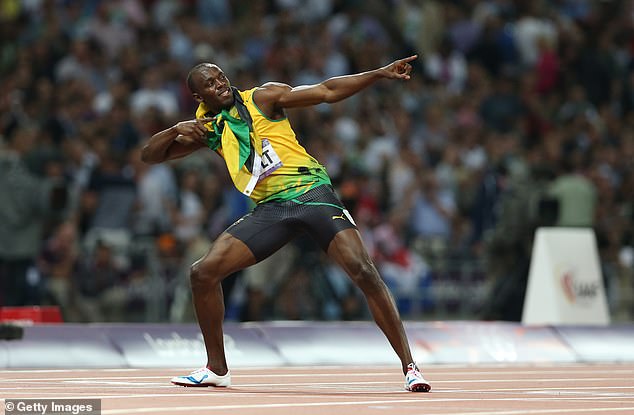 Usain Bolt was one of the stars at the London Olympics, winning three gold medals 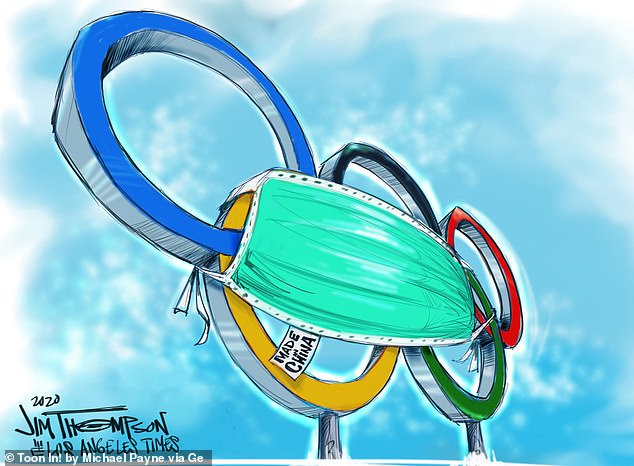 He believes they will go ahead despite growing fears over the pandemic’s impact on Japan.

‘I think the Games will take place,’ he said. ‘The protocols in place go a long way. The infection rate is a third of here. It’s all relative in terms of what is “out of control”. There’s a political frenzy going on — it’s not implausible it’s being fuelled by a political agenda with an election due after the Games.’

Proceeds from sales of the book, which is priced at £70, will go to four charities, including the Back Up Trust, which supports those with spinal injuries.

When asked what his old IOC bosses would think of Toon In!, Payne responded: ‘I think they would say, “This is a scurrilous, outrageous and probably libellous book. We can’t wait for the second edition”.’ They would be right.