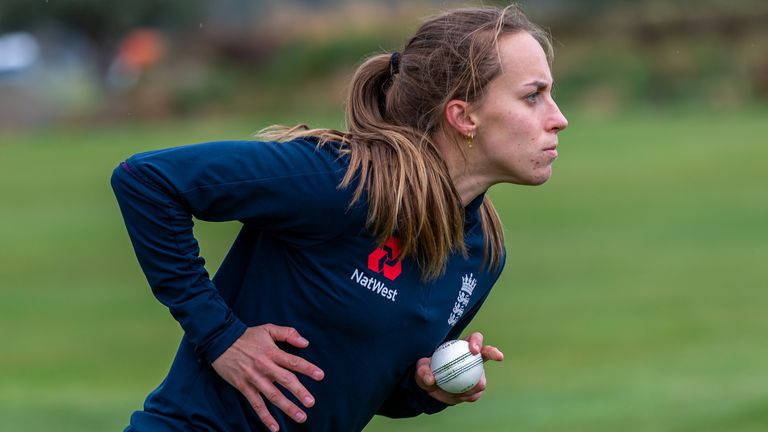 Seamer Natasha Farrant says she has unfinished business with England after winning back her place in the squad on the back of a regional deal.

Farrant, 24, suffered the massive disappointment of losing her central contract in 2019 and admitted she feared her international career might be over.

But the South East Stars captain was recalled for the upcoming white-ball series in New Zealand after winning one of the 41 full-time regional contracts introduced into the women’s game last year.

The left-armer insists that the enforced break has helped her learn about her own game and feels she returns to international cricket as a more rounded person after a stint as head of girls cricket at Trent College in Nottinghamshire, following a recommendation from former England international Lydia Greenway.

“In the past if you lost your contract it was very hard to get back into the team so initially I wasn’t that positive as to how I was going to be able to get back into the squad,” reflected Farrant, who has played 14 T20s and a single one-day international for England.

“But I think I knew that within myself – deep down, even if I didn’t want to tell myself – that I had some unfinished business in an England shirt.

“I feel like I’m still young and I’ve got a lot to learn still so when I got over the initial disappointment of losing my contract and started to work on my game with specific one-to-one coaches – and obviously when the regional contracts came in that was a new lease of life for me.

“I wanted to work really hard to get back into the mix; I definitely wasn’t expecting it to be this soon to be honest but I’m really grateful to get the opportunity as I didn’t think it was going to come at one stage.” In the break between losing and regaining her England place, Farrant was able to complete her final year of study at Loughborough University, before taking up teaching.

In that time she says learnt a lot about her own game through coaching others and admits she wouldn’t change the experience for the world – particularly as she has now shown others that it is possible to relaunch an international career.

“When it was announced I got some really lovely messages from people like Alex Hartley, Beth Langston, Holly Armitage for example – I think it kind of gave people a bit of hope that if they had been in the set-up and they are now out of it, that it is a sort of a marker and that they know that if they are performing well in the Rachael Heyhoe Flint Trophy or The Hundred, which is on the big stage, they are putting their name in the hat.

“Obviously the girls in the England team are world-class but I think if you are performing now on the domestic level you are likely to put yourself in the frame for an England call-up. So it did feel quite significant.

“I was delighted and a bit shocked because it has not really happened before. But now it is a good marker that if you can perform at the domestic level you can really push for an England spot and make the competition harder for the people in and around England.”

She added: “In the women’s game you tend to retire when you are a bit younger but now with this regional stuff I don’t think age should be a limit; if you put in the performances, it doesn’t matter how old you are.”

MADRID — Flushed by Netflix success with “Below Zero,” Spain brings an extraordinary gamut of movie titles to Berlin. Some