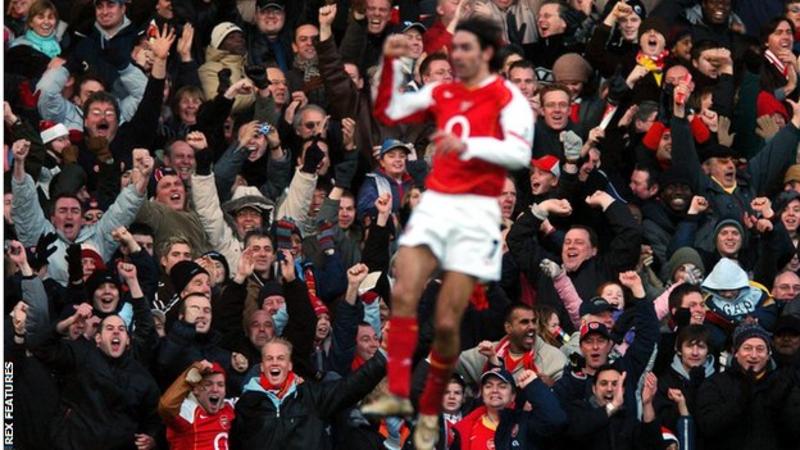 Former Arsenal and France midfielder Robert Pires is the latest Premier League legend to reveal all to the MOTD Top 10 podcast.

He joined Gary Lineker to reflect on the moments and people that shaped his career.

Best player you have played with? 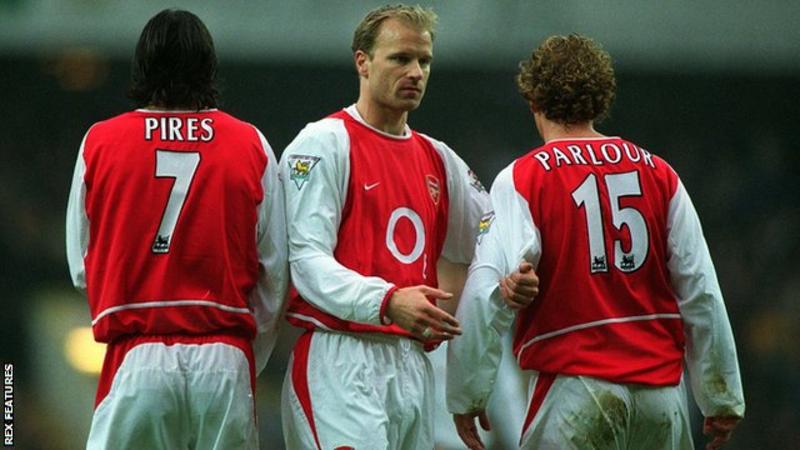 “I learned a lot from Zinedine Zidane with the national team. Zidane was a leader and a strong character.

“When I joined Arsenal in 2000 I learned a lot from Dennis Bergkamp. He was the mind of the team and he made things look easy.

“I loved the type of player he was, and today I love watching Kevin de Bruyne. I loved watching Andres Iniesta. Bergkamp was very important for Arsene Wenger.” 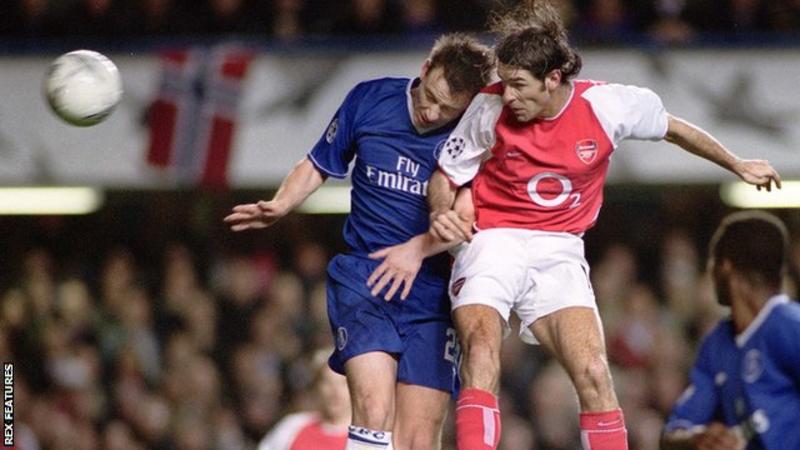 “In the Premier League it was John Terry and Rio Ferdinand. Matches against Chelsea and Manchester United were always hard and Terry and Ferdinand were very tough, very physical.

“Coming from France to play in the Premier League, it was very difficult at the beginning.

“Arsene Wenger told me: ‘It’s not the same football. It’s physical, you need to learn.”

“My first match was at Sunderland. I was sitting on the bench and after about 20-25 minutes I remember thinking: ‘Wow, this football is not for me.'” 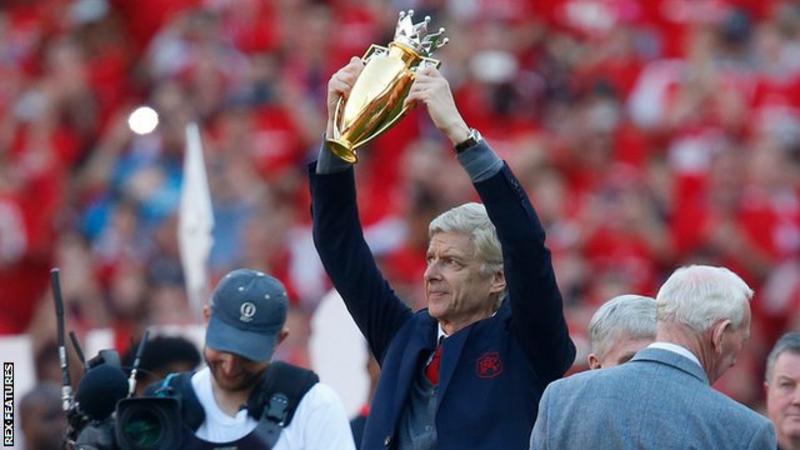 “It was an honour and a privilege to work for Arsene Wenger. It was important for me to try and be successful in the Premier League.

“Arsene helped me off the field too. He was like a second dad to me. He loved a player with very good quality and ability with the ball.

“That’s why he enjoyed Thierry Henry, Nwankwo Kanu and Bergkamp.

“Two days after the Champions League final in 2006 [Arsenal lost 2-1 to Barcelona] I said: ‘Look, Arsene, thank you very much for everything, but now I have a great opportunity to play in Spain for Villarreal.’

“He was very surprised but when you have an opportunity to play in a different country you need to try it.”

“When I scored against Peter Schmeichel when he was playing for Aston Villa in 2002.

“I received a long ball from Freddie Ljungberg, I put the ball over George Boateng and when I was in front of Schmeichel I lobbed him. I think he was furious about this.

“The other one was against Liverpool at Anfield in 2003.” 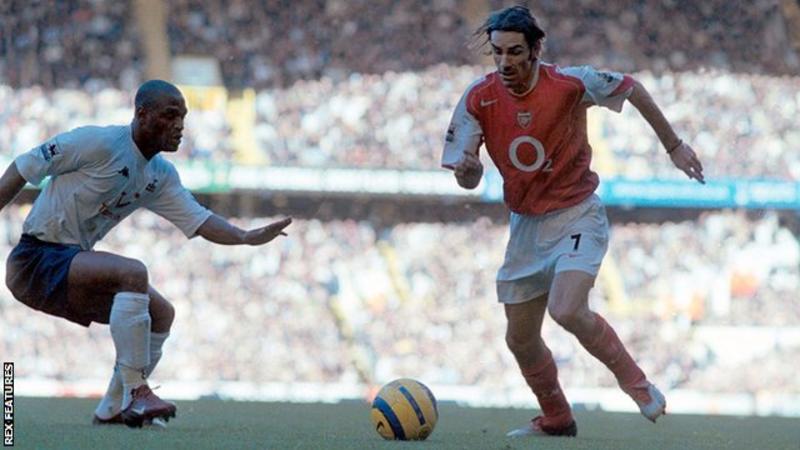 “I enjoyed playing against Chelsea, Manchester United and Liverpool but the north London derby was totally different.

“I have so many great memories from this fixture. I played in many derbies but the one between Arsenal and Tottenham was so good whether it was at Highbury or White Hart Lane.

“There is one that stands out from the rest. It was Tottenham 4-5 Arsenal. It was crazy. It was electric on the field.”

“The first was my dad. He played for a local team in Reims and scored a lot of goals as a striker.

“When I was very young he would say: ‘Do you want to come to watch?’ I watched all the games home and away.

“Then it was Michel, who played for Real Madrid in midfield.

“He was so elegant and I remember thinking: ‘I want to be like Michel.’ He was different. A special player.”

“The first time Martin Keown put music on in the dressing room he danced like Michael Jackson. He did the moonwalk.

“It was strange because in France it was not like this. It was just before a game at Highbury. He put the music on and I asked: ‘What’s happening?’ He said: ‘Welcome to England, it’s like this before a game.’

“I said: ‘In France you need to be focused and concentrate on your game. Not like this.'” 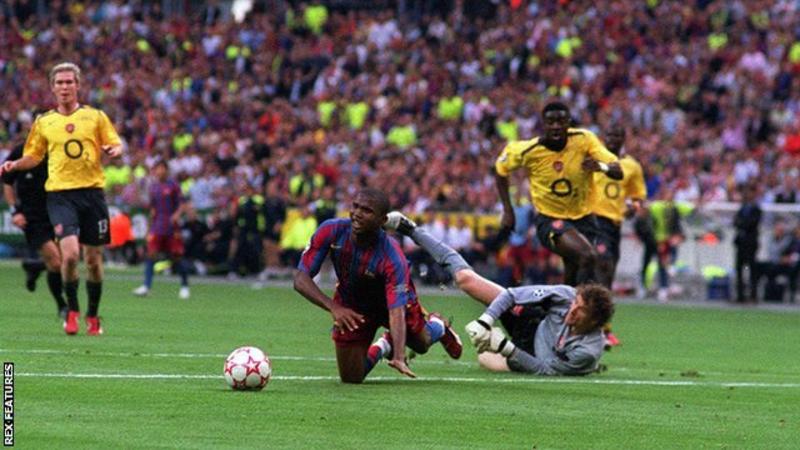 “The 2006 Champions League final. That was my nightmare moment with Arsenal. Everything went wrong.”

Craziest team-mate you played with?

“Ray Parlour. I love this guy. He was so funny.

“He was a good midfield partner for me. Can you imagine Ray Parlour and Martin Keown in the same dressing room? Tony [Adams] was the captain, so he was more serious, more strict.”

“To win the World Cup in your own country was magical. When Didier Deschamps lifted the trophy, I thought: ‘Wow, I’m a very lucky man.’

“All the players received a medal from President Jacques Chirac.”