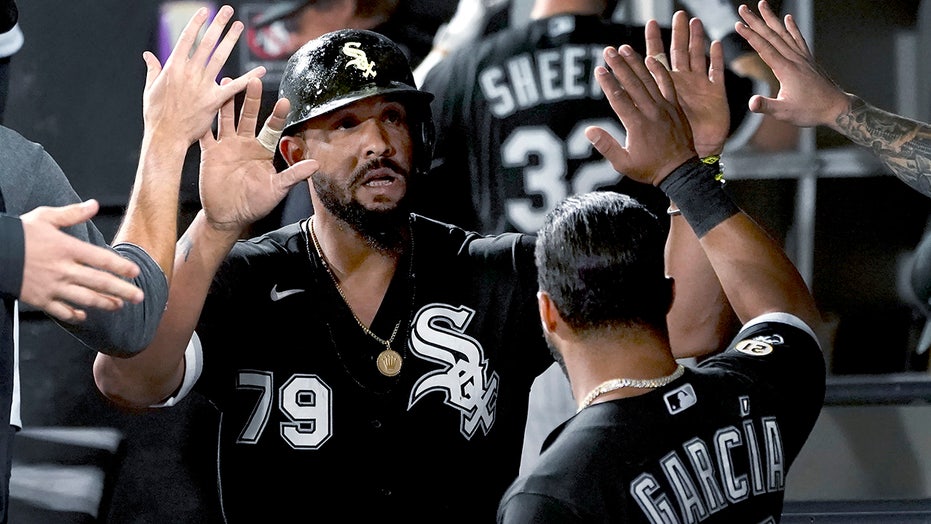 There are two weeks remaining in the MLB regular season, and the American and National League divisional and wild-card races are hotly contested battles that might not be decided until Oct. 3. 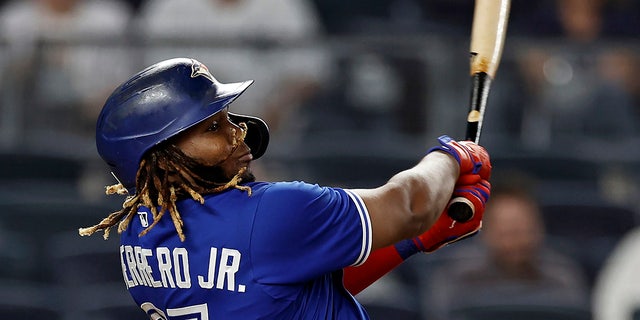 Boston Red Sox (86-65): The Red Sox are sitting in second place in the AL East, 6.5 games back of the Rays. As of Monday, they are one of the two teams in the wild card spot but are only two games ahead of the Yankees in the loss column. Boston has a series with the Yankees starting Sept. 24 that could determine the fate of both teams’ playoff hopes.

Chicago White Sox (85-64): The White Sox are on the cusp of clinching the AL Central. The team has not won a division title since 2008. The White Sox have a five-game series with the Indians later in the week but could clinch the division with a series victory over the Tigers, which begins Monday.

Houston Astros (88-61): The Astros are looking to pick up their fourth division title in five years. The team is 6 games up on the Athletics, and barring a catastrophe, the team could clinch the AL West in the next few days. Houston has two huge divisional series against the Angels and the A’s this week followed by a potential playoff preview against the Rays. Houston plays Oakland in the final series of the season.

New York Yankees (83-67): The Yankees have slipped toward the end of the season and their play isn’t conducive to what a playoff team should be. The Yankees start Monday 1.5 games behind the Blue Jays for the final playoff spot. The team needs a convincing series against the Rangers and then somehow needs to get victories on the road against Boston and Toronto. The team wraps up 2021 against the Rays. 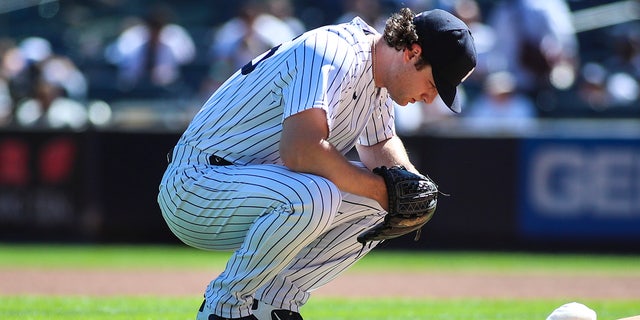 Oakland Athletics (82-67): The A’s have been hanging tough all season long. The team is only 2 games behind the Blue Jays for the final wild card spot, and the end of the season will provide it the best chance to get into the playoffs. Oakland plays Seattle to start the week in a series that could damage the playoff hopes of both teams. Oakland then hosts Houston with potential momentum from the Mariners series. Oakland finishes the season with road series against both teams again.

Seattle Mariners (80-69): Much like the A’s, the Mariners have been clinging to the wild card race all season, and two huge series could be a boon for them. Seattle enters Monday only 4 games behind the Blue Jays for the final wild card spot. The Mariners have not been to the playoffs since 2001. Here’s how the final series play out: on the road vs. Oakland and Los Angeles and then hosting both teams to end the season.

Tampa Bay Rays (92-58): The Rays have been electric all season long. Tampa Bay enters Monday in first place in the AL East and nearing its second consecutive division title. To hang on to that, the Rays must stay strong in series against the Jays, Miami Marlins, Houston and finally the Yankees.

Toronto Blue Jays (84-65): The Jays have two of the best players in the AL in Vladimir Guerrero Jr. and Marcus Semien but are in danger of missing the playoffs. Toronto is holding onto a 1.5-game lead in the final AL wild card spot. Crucial play down the stretch is going to be important. Toronto starts Monday on the road against Tampa Bay and then against the Minnesota Twins. The team ends the season at home with the Yankees in town and the Baltimore Orioles. 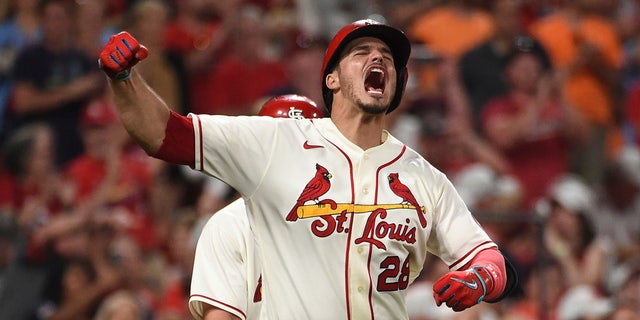 St. Louis Cardinals’ Nolan Arenado reacts after hitting a two-run home run during the eighth inning of a baseball game against the Cincinnati Reds on Saturday, Sept. 11, 2021, in St. Louis.
((AP Photo/Joe Puetz))

Atlanta Braves (77-70): The Braves start Monday in first place in the NL East division and are in no position to take their foot off the gas pedal. They only have a 2-game lead over the Phillies and a 5.5-game lead over the Mets. Nothing is set in stone for Atlanta. The team has a four-game set against the Arizona Diamondbacks and then huge series against the Padres and Phillies. To end the season, Atlanta will host the Mets in a series that could determine some playoff positioning.

Cincinnati Reds (77-73): The Reds have been the surprise of the 2021 season and are fighting hard with the Cardinals to fight for the wild card spot. Cincinnati is 3 games behind St. Louis for the final wild card spot. The team should be able to secure wins over the Pittsburgh Pirates and Washington Nationals at home this week and will hit the road for a series against the White Sox at the end of the month. The Reds wrap up the season against the Pirates.

Colorado Rockies (70-79): The Rockies are under .500 but are not exactly dead in the water just yet. Colorado is 9.5 games behind the Cardinals and still has a very outside chance of putting together a winning streak to get into contention. The Rockies will have a nine-game home stretch starting Tuesday, beginning with a series against the Dodgers, and end the season on the road against the Diamondbacks.

New York Mets (73-77): Like the Rockies, the Mets aren’t dead in the water either. New York is only 5.5 games behind Atlanta for the NL East crown and 7.5 in back of the Cardinals for the final wild card spot. The Mets have a tough schedule, with a two-game series starting Tuesday against the Red Sox on the road, and they stay on the road against the Brewers at the end of the week. The Mets finish September at home against the Marlins and then a pivotal series against the Braves.

Philadelphia Phillies (76-73): Don’t look now, but the Phillies are also in striking distance of a division title. The team is only 2 games in back of the Braves in the division title race and 3.5 games behind St. Louis for the wild card. With Bryce Harper competing for an NL MVP, Philly can gain some ground with upcoming series against the Orioles and Pirates. It will lead into a crucial series on the road against Atlanta and end with the final series against the Marlins.

San Diego Padres (76-73): The Padres have had a dramatic fall from grace but aren’t out of contention just yet. San Diego is behind the Phillies in the wild card standings and will need to have big wins against the Giants, Braves and Dodgers to even sniff a chance at the playoffs. San Diego’s chances could possibly come down to a road series against the Giants in October. 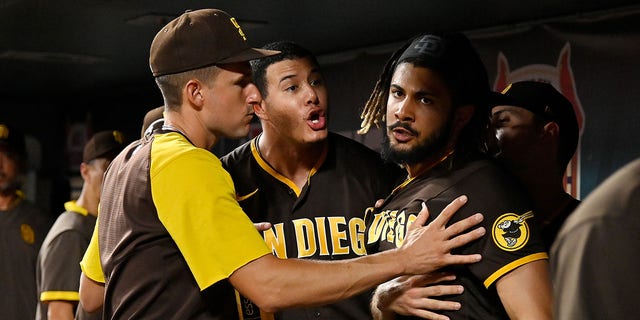 Manny Machado (13) and Fernando Tatis Jr. (23) of the San Diego Padres exchange words in the dugout during the fifth inning against the St. Louis Cardinals at Busch Stadium on Sept. 18, 2021 in St Louis, Mo.
(Photo by Jeff Curry/Getty Images)

St. Louis Cardinals (79-69): The pressure is on the Cardinals. They hold the key to the final wild card spot and could see their 3.5-game lead slip away if things don’t go right. St. Louis has won 10 of its last 11 games and begins a big series against the Brewers Monday. St. Louis plays Milwaukee twice in the next few days along with the Cubs. There would be nothing more the Cubs would like to do than ruin their rival’s chances of making the playoffs. The rivalry series will end the 2021 season.