Former WBC champion Wilder, who faces Tyson Fury in his trilogy fight on Saturday, flew out to Los Angeles in 2014 to confront Zelenoff after receiving a torrent of abuse from the Russian-American. 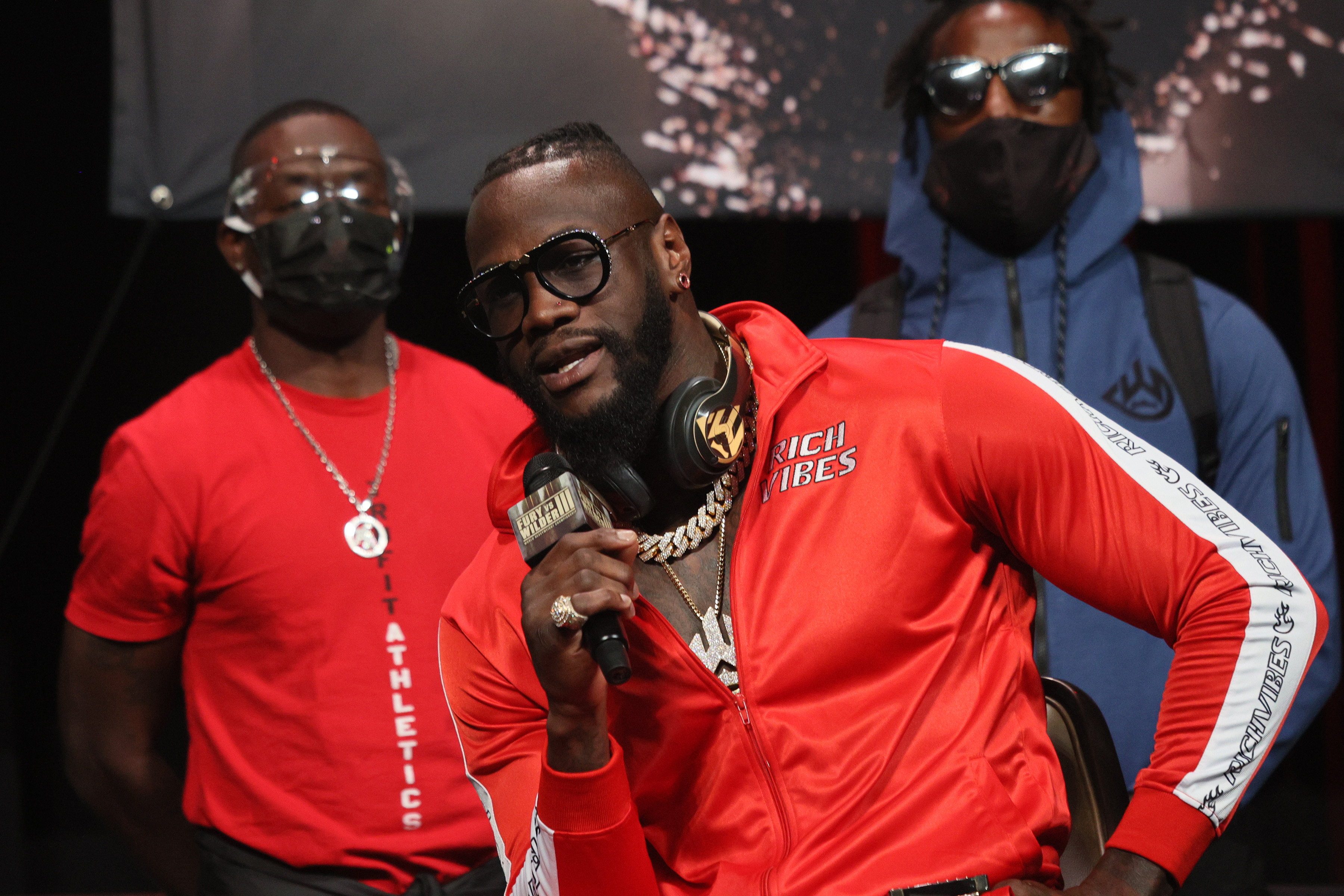 Upon arriving at the gym and agreeing to settle their dispute, Wilder had Zelenoff pen a legal waiver to prevent him from suing in the future.

And The Bronze Bomber, 35, proceeded to put a thorough beating on the troll not long after the ink had dried.

"Don't you ever say you're going to tape my daughter."

Boxing legend Tyson missed the initial release of the footage of Wilder unleashing his wrath but was nonetheless still blown away by the beatdown.

During a previous episode of The Hotboxin' with Mike Tyson podcast, he said: “I saw Deontay Wilder f*** some YouTuber up.

“He came to the gym and was talking about Deontay Wilder’s kids and stuff.

“Wilder went here and beat his f a** up! He can really do that without getting arrested? I would have been arrested! I’d been in prison man, for this s***!”

Wilder is currently gearing up for his shot at redemption against the Gypsy King.

The pair will renew their rivalry was originally slated to take place on July 24, but will now take place on Saturday 9 October in Las Vegas.

Wilder will bid to avenge the seventh-round TKO defeat he suffered to The Gypsy King in February 2020.

And the Olympian plans to exact his revenge in devastating fashion.

"I can't wait, when you're contemplating and pre-meditating about harming a man and you see that person, what you've been thinking and feeling will come out.

"The only thing about it is, at that point in time, I have to wait until I get in the ring to really release because I can't do it on the outside, it'd defeat the purpose.