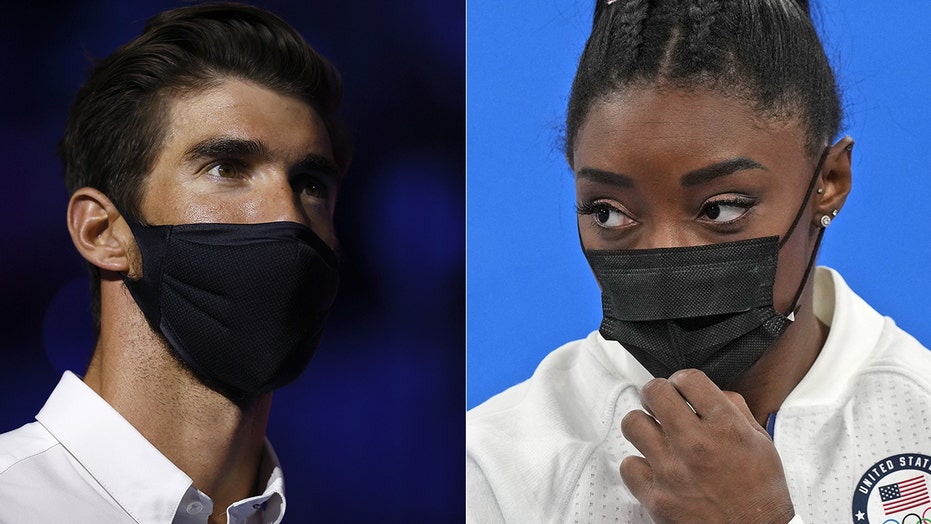 Phelps is one of the most-decorated Olympic swimmers of all time and in his retirement has raised awareness for mental health issues. He told NBC Sports’ Mike Tirico on Wednesday that Biles’ situation over the last few days “broke my heart.”

“We need someone who we can trust. Somebody that can let us be ourselves and listen. Allow us to become vulnerable, somebody who’s not going to try and fix us. You know, we carry a lot of things, a lot of weight on our shoulders. And it’s challenging, especially when we have the lights on us and all of these expectations that are being thrown on top of us. So, it broke my heart,” Phelps said.

Phelps launched his mental health campaign in June 2018, according to Olympics.com. He has been open about having suicidal thoughts after the London Olympics in 2012.

He told Tirico that fans have to remember that athletes are human too.

“We’re humans, right? We’re human beings. Nobody is perfect so, yes, it is OK to not be OK. It’s OK to go through ups and downs and emotional roller coasters,” he said. “But I think the biggest thing is we all need to ask for help sometimes, too, when we go through those times. For me, I can say personally it was something very challenging. It was hard for me to ask for help. I felt like I was carrying, as Simone said, the weight of the world on [my] shoulders. It’s a tough situation.”

He added he hoped that Biles’ situation would help raise awareness on mental health issues.

Biles was seen in the stands supporting her teammates during the individual all-around competition on Thursday night.

“the outpouring love & support I’ve received has made me realize I’m more than my accomplishments and gymnastics which I never truly believed before,” she tweeted.