IT'S all about Down Under on Tuesday as the race that stops a nation – The Melbourne Cup – takes Australia by storm.

As ever it's a fiercely competitive contest, so here's a runner-by-runner guide to make it that little bit easier for you. 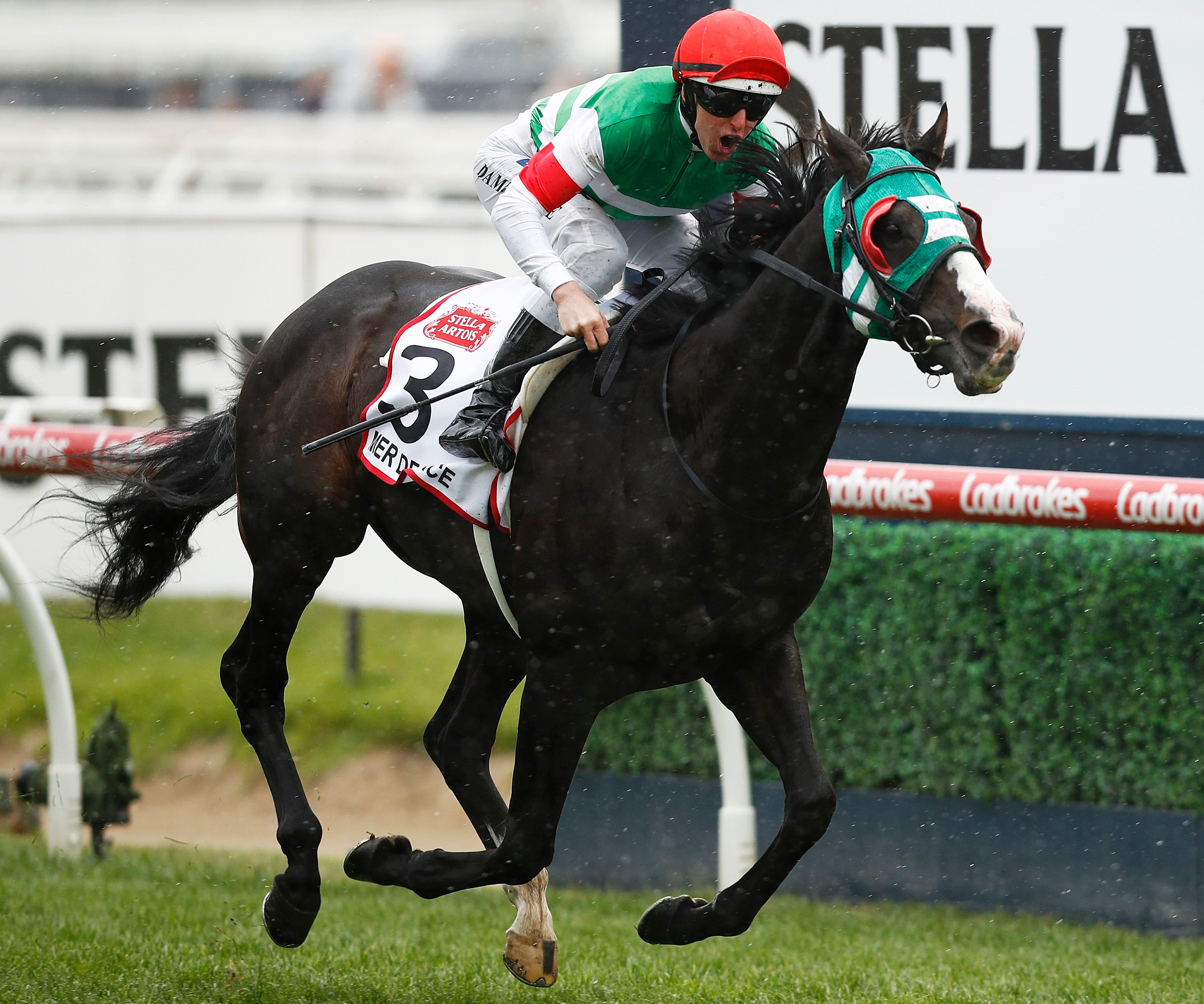 Last year's winner is back for another crack after running some decent races in the big British Cup contests earlier in the season.

He's not shown quite the same spark since his Dubai Gold Cup victory back in March but clearly thrives at Flemington and will have been targeted for this.

Any further rain would be a slight concern, though, and it would be some performance to win again with over a stone more on his back.

Quite brilliant colt from Japan carries the same silks as Cox Plate victor Lys Gracieux – and at this stage it's difficult to know which horse is better.

Hisashi Shimizu's contender has won every start bar his debut – and his impressive Caulfield Cup success last time was a career-best by some margin.

He came with a flying run to win from an unpromising position and clearly has bucketloads of talent, so shouldn't be underestimated even with his big weight. 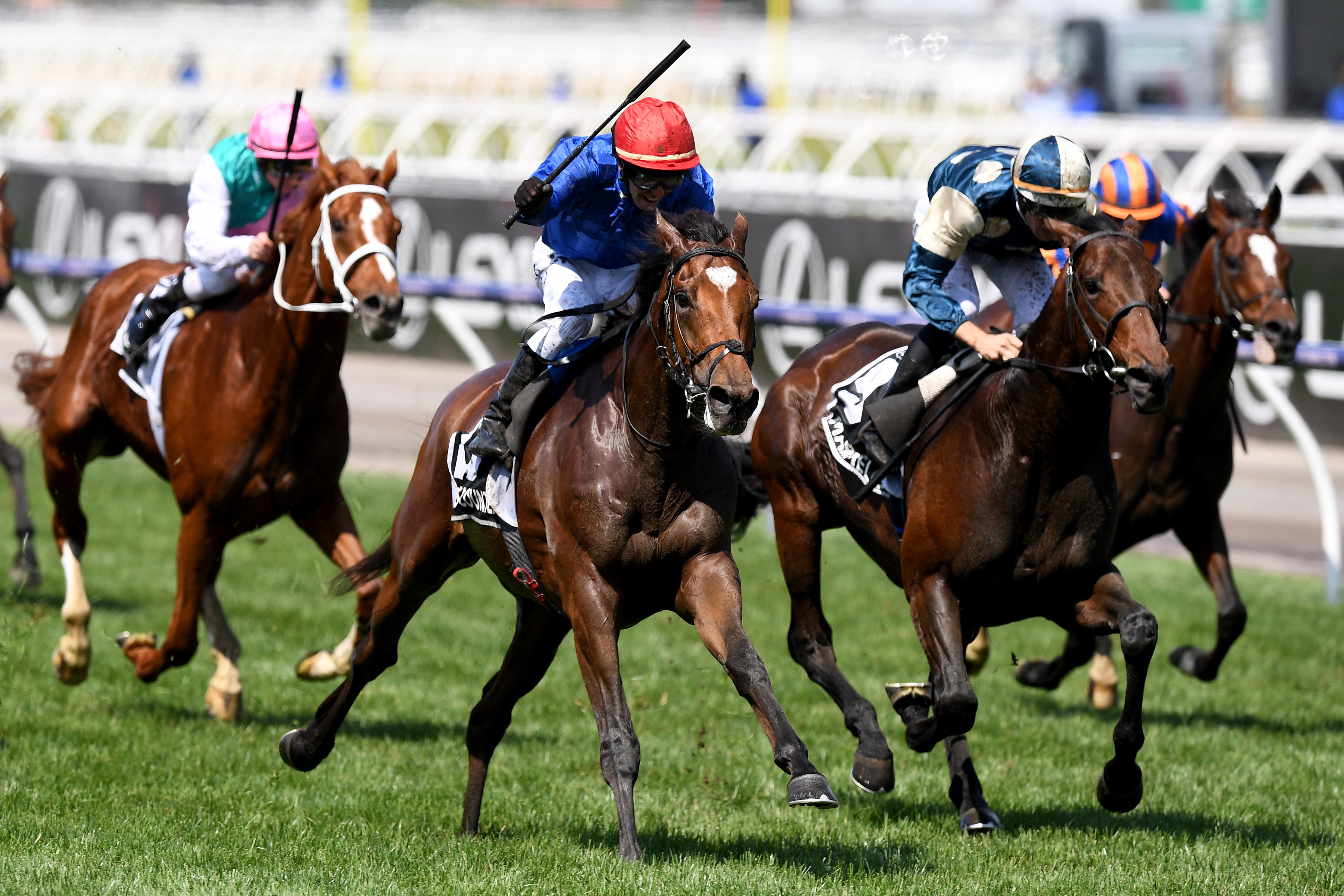 Consistent four-year-old has been there or thereabouts in the big staying races and produced an excellent effort to finish third in the Ascot Gold Cup.

He loves a test of stamina, though, so this speed track may not be ideal, and he has a fair amount of weight to carry – for all that Frankie is a good jockey booking.

Formerly with Sir Michael Stoute, the son of Frankel has shown some fine form in defeat this year and ran a cracker in third behind Mer De Glace in the Caulfield Cup.

That sets him up nicely for this and he can be given a decent chance at a big price if he stays the trip.

Another Aussie import having been trained in Ireland with Aidan O'Brien, the progressive four-year-old showed his class with a game win in the Irish St Leger Trial.

He went on to finish third in the real thing, form which would give him a squeak here if he's kept his level for a new stable.

The first of the Ballydoyle contenders comes into this off the back of an emphatic victory in Group 2 company at Moonee Valley.

He'll need more here but that was a good effort and he's always threatened to be top class, so perhaps Australia can see him get there.

His stamina is unproven but if he improves for the trip then he's in with a shout. 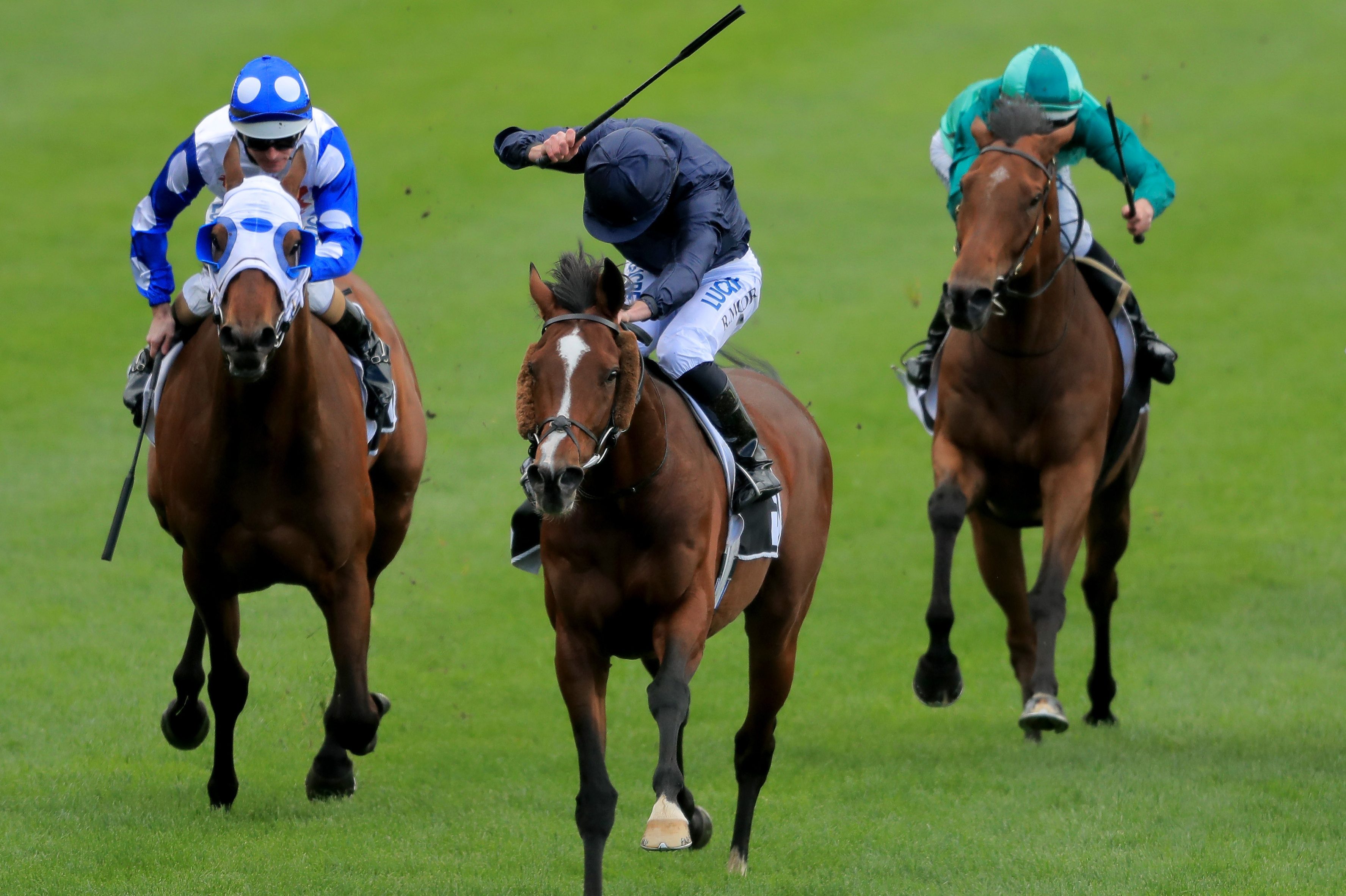 Joseph O'Brien won this two years ago with Rekindling and has a squeak here with his former Irish Derby winner.

A second in the Mackinnnon Stakes last year shows he handles the track well and evidence suggests he's more than likely to stay.

Needs a bit more on this year's efforts but O'Brien's horses tend to flourish abroad and he could run a big race.

Six-year-old was cleverly campaigned in Ireland this year, running decent races in Group company before bolting up off a good mark in the Ebor.

His one run since moving to Australia saw him finish an unlucky sixth in the Caulfield Cup (shuffled back at crucial stage) and had he not gone ten wide he may have given the winner something to think about.

Definitely no forlorn hope with a three-time winner in the saddle. 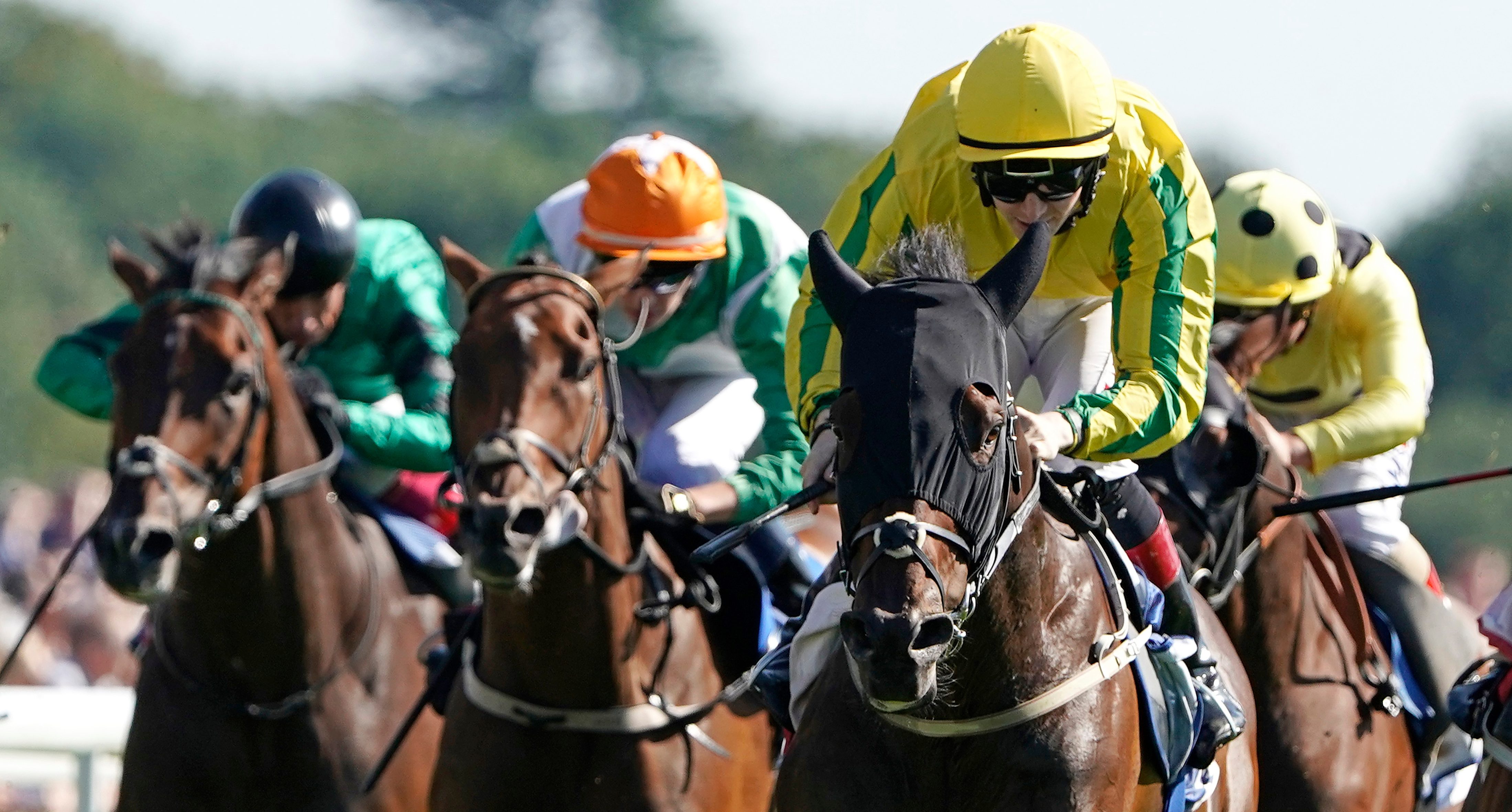 Another former Aidan O'Brien inmate, Rostropvich hasn't shown much since finishing fifth in the race last year and would need a big career-best to take this.

Owner Lloyd Williams has launched a massive raid on this race and has employed jockey Hugh Bowman – of Winx fame – to do the business on his six-year-old.

Closely matched with Latrobe, he'd have claims on his best form but may prefer faster ground.

Rangy type gets in off the same weight as when finishing a fine fourth in the race last year.

He's done enough this season to suggest he's a better horse, with a good second in the Turbull Stakes followed by a fifth in the Caulfield Cup and he's likely to be more of a force over this trip.

However, he does keep finding a few too good and could again come unstuck, even accounting for the fact the wizard Kerrin McEvoy is in the plate. 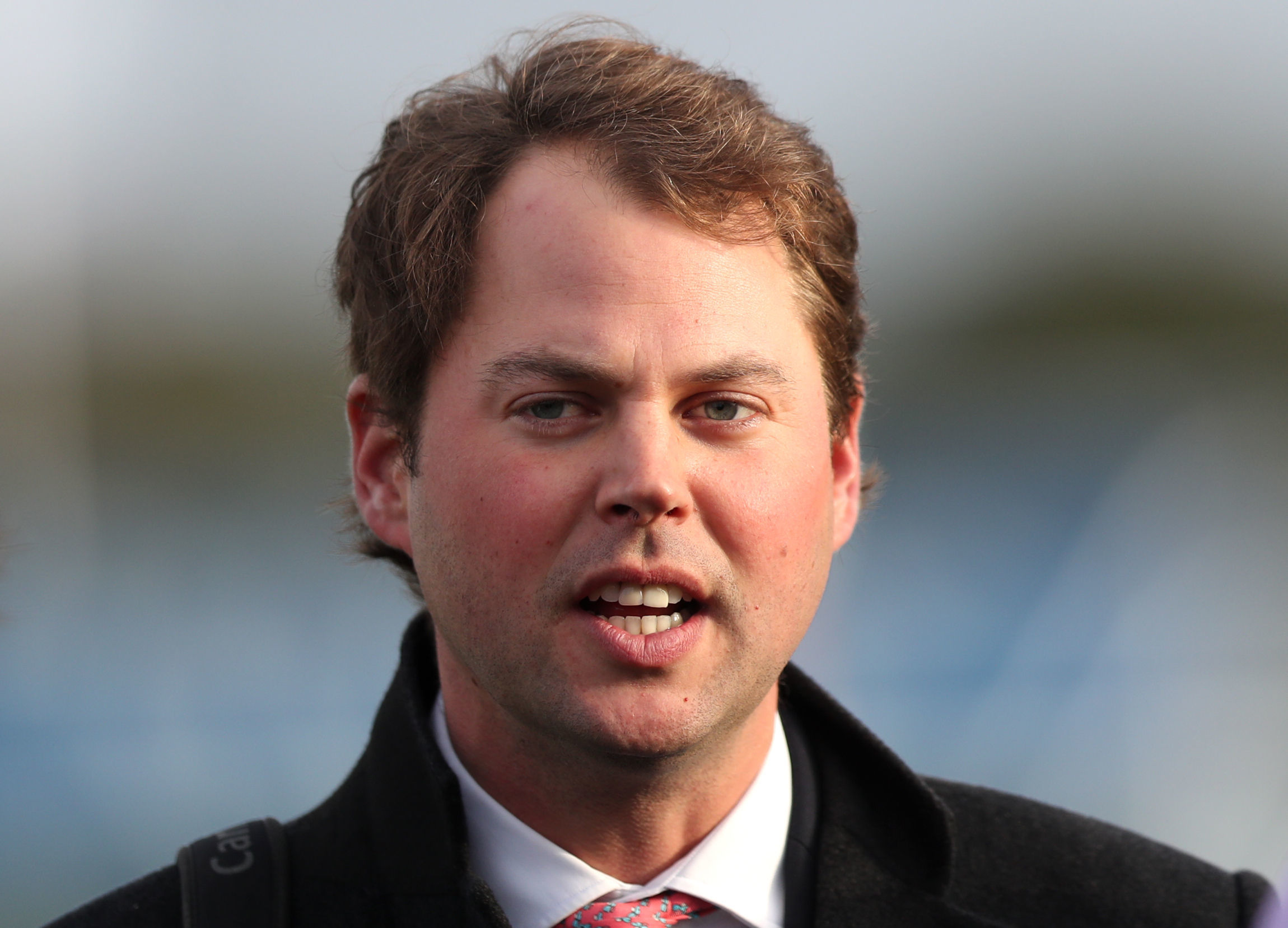 Talented six-year-old ran a cracker in the race last year, finishing third after taking up the lead inside the final furlong.

Probably needs a little more to come out on top this time but he's got a better draw and nosed home in the Geelong Cup in his prep.

Definitely in with a shout under just a 2lb penalty.

Intriguing runner for Richard Hannon, having finished a good fourth in the Ebor when last seen.

He didn't get much of a run that day and will probably need luck again if Spencer does his usual, but he's certainly not without a chance if the breaks come.

Four-year-old has always been highly regarded by connections and this is his chance to shine.

Fears of the Coronavirus spreading across the world sent major stock indices tumbling on Monday morning. Shares of Disney and

Amazon Reviewers Are Calling This the “Perfect” Coat

Amazing pics of £5.4m Malibu home Meghan and Harry are ‘eyeing for US move’

“It’s unfair to simply say everything is bad,” Democratic frontrunner said of Castro’s regime Bernie SandersHails from: Burlington, Vermont (by

More than 30 injured in Germany after car drives into carnival: police

David Tennant is perhaps best known for his role as the tenth Doctor in Doctor Who, and it looks like

Is Lauren Graham Still Friends with Her 'Gilmore Girls' Castmates?

02/23/2020
Recent Posts
We and our partners use cookies on this site to improve our service, perform analytics, personalize advertising, measure advertising performance, and remember website preferences.Ok