MATTEO GUENDOUZI has announced he will leave Arsenal in an emotional tweet.

Guendouzi spent last season on loan at Hertha Berlin in Germany after falling out of favour with Gunners boss Mikel Arteta. 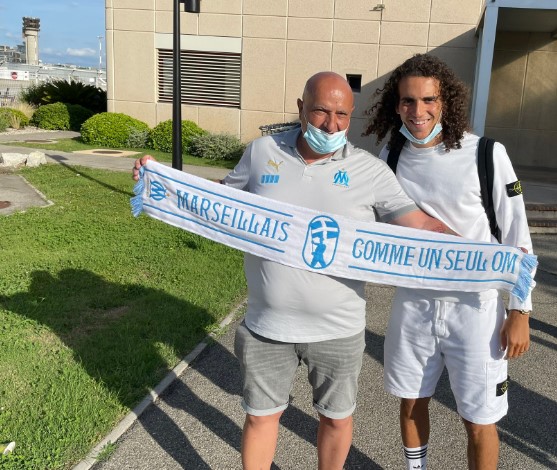 He is now closing in on a move to Marseille in his homeland of France having recently posed with a flag of the Ligue 1 side.

"I will never forget that my only will was to defend with pride Arsenal colors. 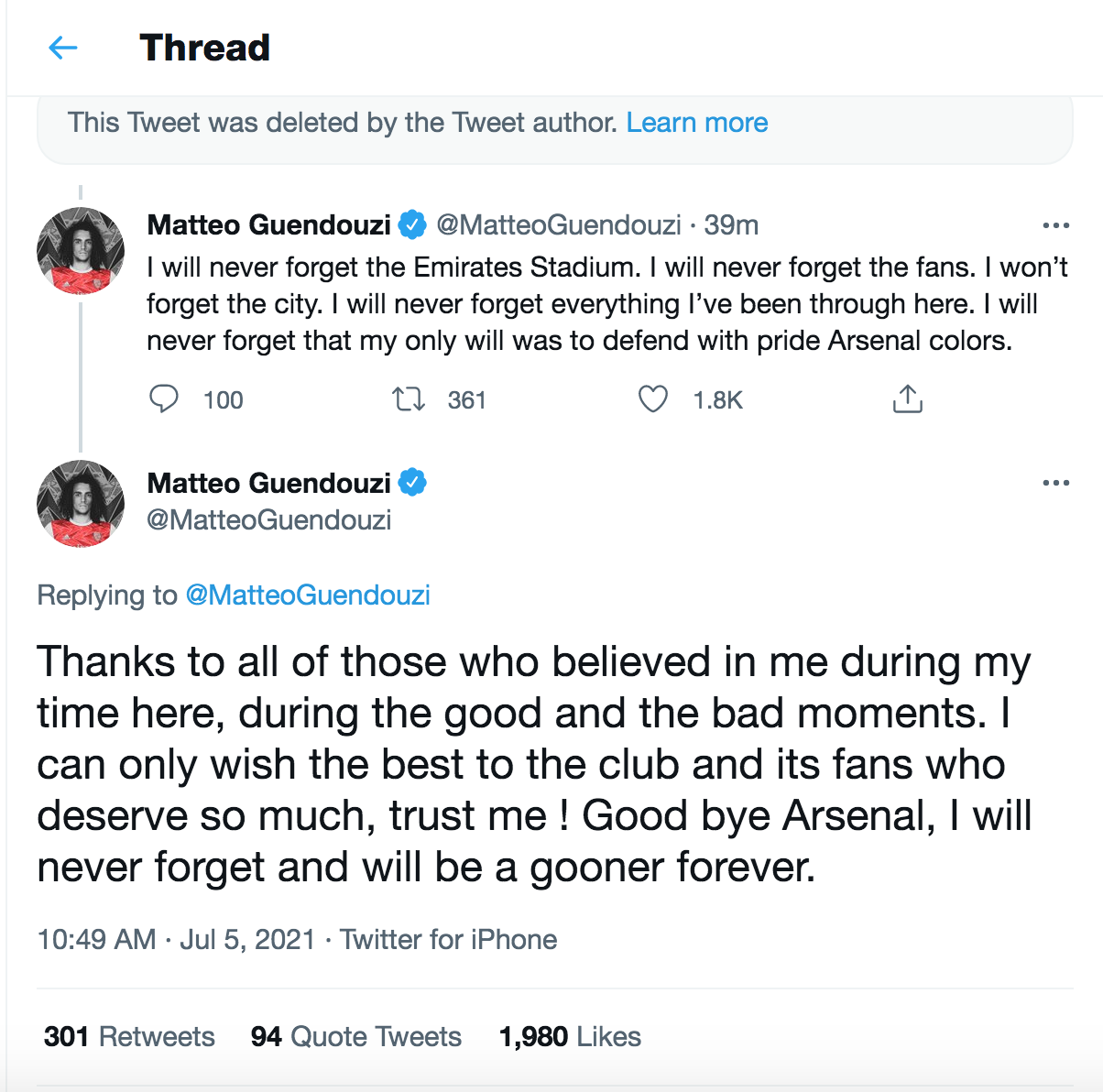 "Thanks to all of those who believed in me during my time here, during the good and the bad moments.

"I can only wish the best to the club and its fans who deserve so much, trust me! Good bye Arsenal, I will never forget and will be a gooner forever."

The midfielder is set to be joined by defender William Saliba, who will join Marseille on loan.

Guendouzi's Arsenal woes started when he grabbed Neal Maupay's throat and sparked a brawl in June 2020 during their 2-1 loss.

He is said to have even boasted about earning more than the Seagulls striker and spent the remainder of the season benched.

Guendouzi and Arteta then reportedly had a bust-up while away on a training camp in Dubai.

He has been available for transfer since with the Gunners setting his asking price at around £8.6million this summer.