Masai Ujiri, the president of basketball operations and general manager of the Toronto Raptors, may be charged with assault after an altercation with a California sheriff’s deputy late Thursday, shortly after his team won Game 6 of the N.B.A. finals, the authorities said on Friday.

The Alameda County Sheriff’s Office said that it would pursue misdemeanor assault charges against Mr. Ujiri, one of the N.B.A.’s most celebrated front-office executives.

The incident is said to have occurred at Oracle Arena in Oakland, Calif., moments after the Raptors defeated the Golden State Warriors to give Canada its first N.B.A. championship.

Mr. Ujiri made his way to the court to join the celebrating team, but an Alameda County sheriff’s deputy stopped him because he did not have the proper credentials, said Sgt. Ray Kelly, a spokesman for the sheriff’s office.

The deputy was not aware that Mr. Ujiri was a high-ranking team executive until after the altercation, Sergeant Kelly said.

The sheriff’s office said that Mr. Ujiri tried to push the deputy out of the way. After several shoves back and forth, Mr. Ujiri struck the deputy’s face, according to Sergeant Kelly.

At that point, several others pulled Mr. Ujiri away from the deputy and onto the court.

Journalists posted videos that caught the end of the incident, showing a man pleading with deputies to allow Mr. Ujiri to pass.

Mr. Ujiri was not arrested at the arena. “Instead of creating a more significant incident at this international postgame event, we decided to take the high road and cease and desist,” Sergeant Kelly said.

“What we’re now doing is compiling witness statements and video body cam evidence to submit to the D.A. next week for review,” he added. “It’s up to the D.A. to file charges for misdemeanor assault on a police officer.”

Greg Wiener, a 61-year-old Warriors fan and season ticket holder, told The Associated Press that he witnessed the encounter and did not see Mr. Ujiri strike the deputy in the face. Mr. Wiener said the deputy did not ask for credentials before putting his hand on Mr. Ujiri’s chest and pushing him, at which point Mr. Ujiri shoved back before bystanders intervened, The A.P. reported.

Sergeant Kelly said that security had been heightened because it was the Warriors’ last game at Oracle Arena before the team moves to San Francisco.

“We were told by the N.B.A. and security officials to strictly enforce the credential policy,” Sergeant Kelly said.

The Raptors’ path to the championship was largely orchestrated by Mr. Ujiri, who is Nigerian and one of the few black general managers in a league dominated by black players but largely controlled by white team owners and front-office executives. Mr. Ujiri won the N.B.A.’s executive of the year award in 2013 when he was with the Denver Nuggets.

“We are in contact with the Raptors and local authorities and in the process of gathering more information,” Michael Bass, an N.B.A. spokesman, said on Friday.

The Raptors said in a statement that the team was cooperating with the authorities and also looking into the matter, The Associated Press reported. The Oakland Police Department said it was also investigating the matter. 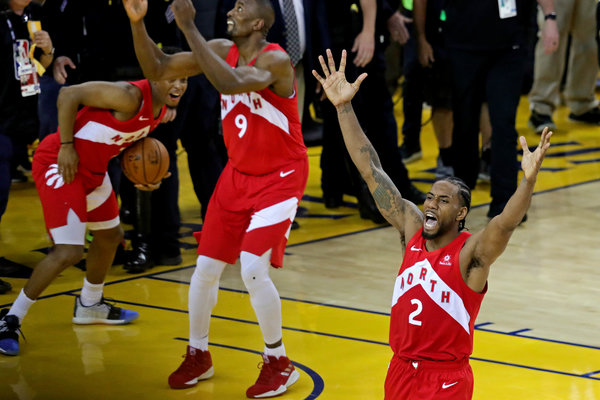 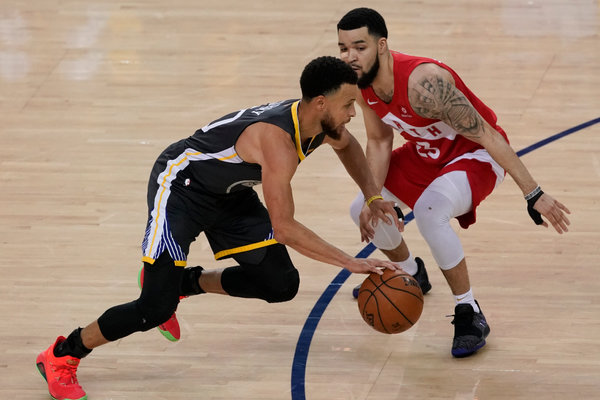