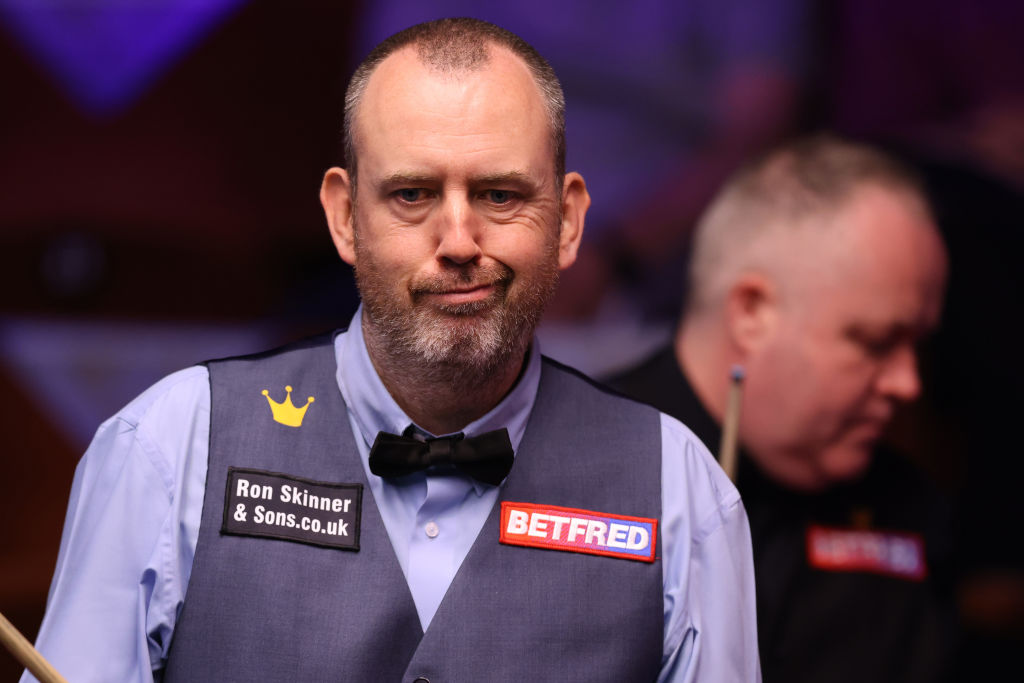 Mark Williams believes his carefree style of play makes him dangerous and intimidating after a comfortable 13-7 win over John Higgins at the World Snooker Championship, in which he was playing some ‘ridiculous’ shots, by his own admission.

The three-time world champion is into the quarter-finals after the fine win over his old Class of 92 rival, making three centuries and a further seven half-centuries.

The 46-year-old has been playing an attacking brand of snooker in recent months which sees him speeding round the table at some pace – officially the quickest player on tour this season – and taking on some very aggressive shot choices.

It is a risky strategy, but one that is working well for him at the moment as he sets up a clash with either Mark Selby or Mark Allen in the last eight.

At one point in the win over Higgins, Williams won nine frames on the spin from 3-1 behind and he feels that his new modus operandi can rattle opponents, even ones as good as the Wizard of Wishaw.

‘I never expect to win nine frames against anybody, especially John, but even at 3-1 down I didn’t do much wrong,’ Williams told Eurosport. ‘I come out, I was knocking some breaks in, some long ones.

‘Some of the shots I was going for were probably ridiculous, but that’s how I’ve been playing the last 6-12 months and I’m enjoying it.

‘I’m dangerous, it might be a bit intimidating, some of the shots I’ve been going for because if I miss them I’m leaving everything, but I don’t care, I’m going for them.

‘I was 10-3 in front, sat in my chair and thinking that he’s probably going to make a comeback.

‘I was expecting a comeback, planning for it, so it doesn’t catch me off guard.’

Williams won the world title just three years ago and has to be considered a genuine threat to add a fourth to his immense collection given the form he is in.

He will likely go in as underdog against either Selby or Allen, but that will not bother him as he continues his ultra-attacking intentions.

‘It’s just the mindset I’m in, playing such carefree snooker. I haven’t felt like this for 20 years since I won the BBC Grand Slam [World, UK and Masters],’ said Williams.

‘I’m taking everything on, if I’m getting them I’m making breaks, one frame visits.

‘Missing some sitters, but it’s just the way I roll, enjoy the ride, I say.

‘I’m not giving myself the chance to think about things, the first shot I see I’m playing it. It’s normally the right shot anyway, but you can spend a couple of seconds looking at other shots then you play the first shot.

‘I’m just playing the first shot I play without rushing and at the minute some of them are going in.

‘Some of the balls I’ve been going for I’m even laughing to myself if I pot them, thinking, “you’re nuts” but that’s what it takes for me to enjoy it.’