CYCLING superstar Mark Cavendish was carried off in a stretcher after crashing in the Ghent Six on Sunday.

The Manx Missile was competing in the men’s Madison when both he and Norman Hansen went down during the final event. 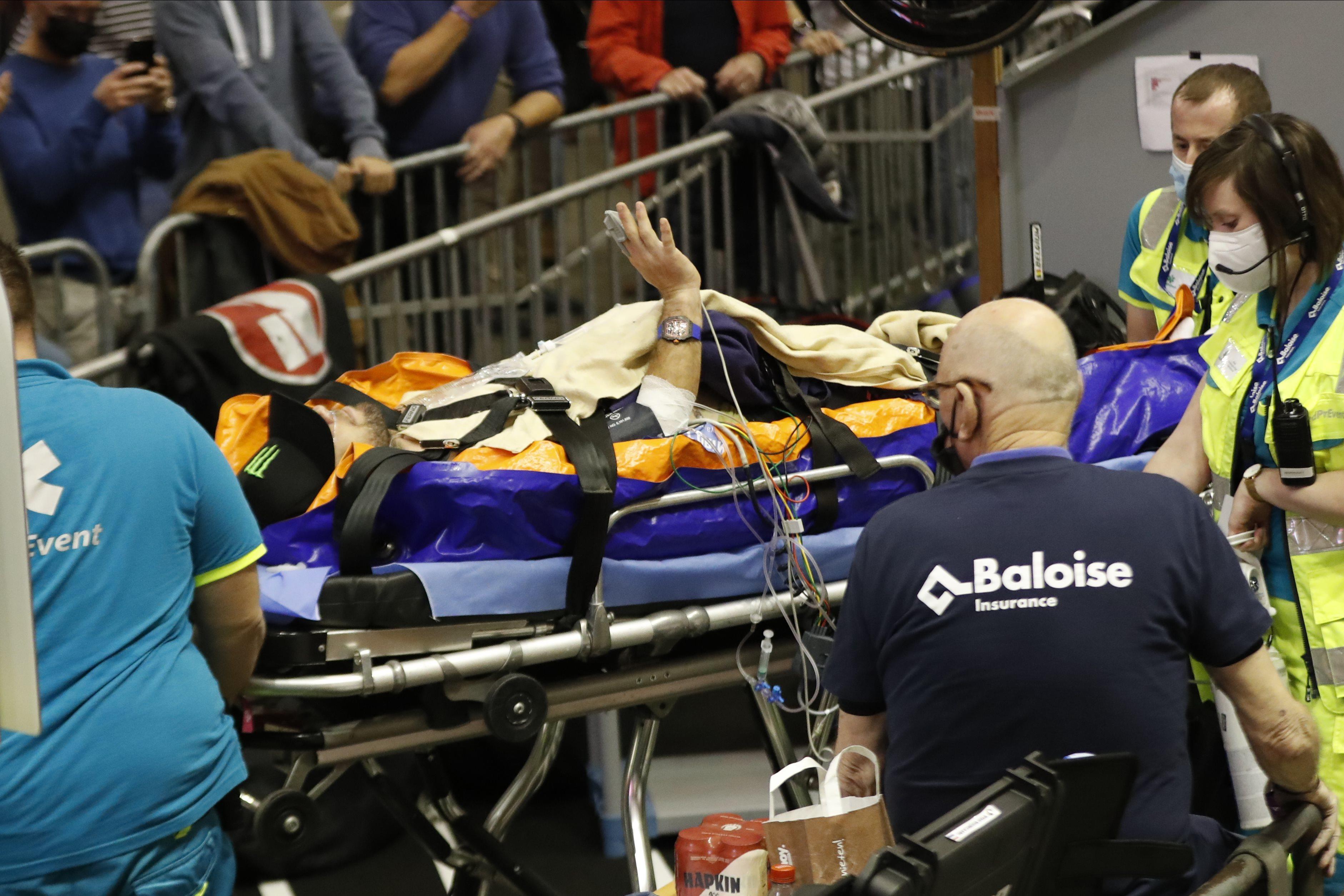 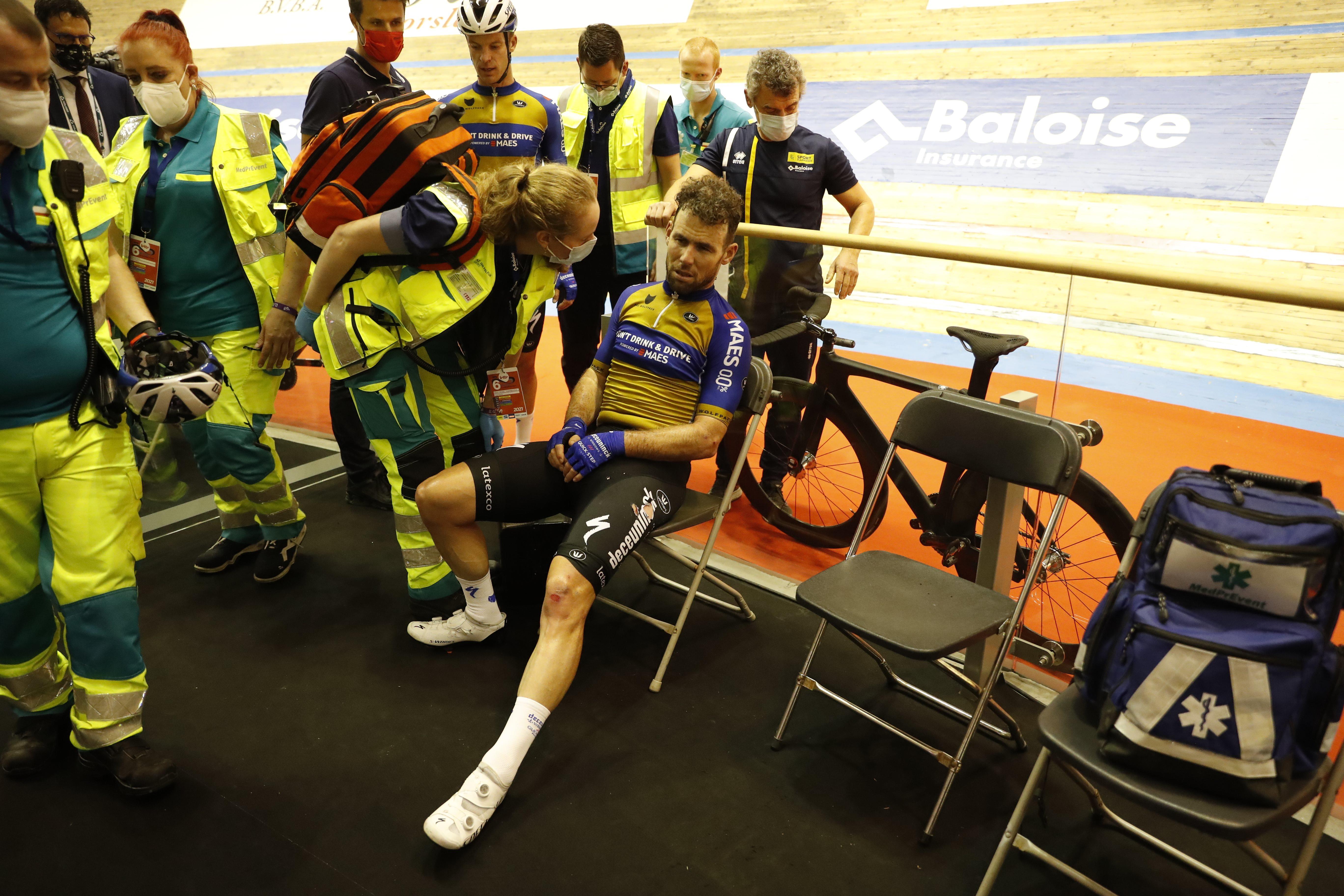 According to fellow racer Jasper De Buyst, there was a damp patch on the track.

Kenny DeKetele was the first to spot it, swerving sharply.

But this sent Hansen crashing to the ground, with Cavendish then making contact after being unable to get out of the way.

Medics rushed over to check on the riders.

And Cavendish was taken away on a stretcher as a precautionary measure before stewards repaired the course.

De Buyst told Sporza: “Stupid that it has to happen like this.

“I had noticed the lap before that there was some water, but then I ran over it at a slower speed. The next round it went completely wrong.”

The first man to crash, Hansen, added: “I don’t feel great, my body is quite stiff.

“I did get the doctor’s approval to continue but I’m already feeling better.”

However, Cavendish did not return to finish the race despite being able to stand up afterwards, leaving teammate Iljo Keisse to continue alone.

But his team, Deceuninck-QuickStep promised fans they would provide an update on Cavendish when given more information themselves.

The ace is sure to still be basking in his Tour de France heroics from earlier in the year.

That’s after Cavendish won four of them in 2021 – his first in five years at Le Tour.

However, he was not as successful in September’s Tour of Britain, finishing 68th overall while failing to win a stage.