Home » Sport » Man Utd weigh up transfer bids for £100m Declan Rice and £60m Kalvin Phillips – but which of the England pals is better?

MANCHESTER UNITED have reportedly made a central midfielder their top target for next summer, with Declan Rice and Kalvin Phillips linked.

But which is better? 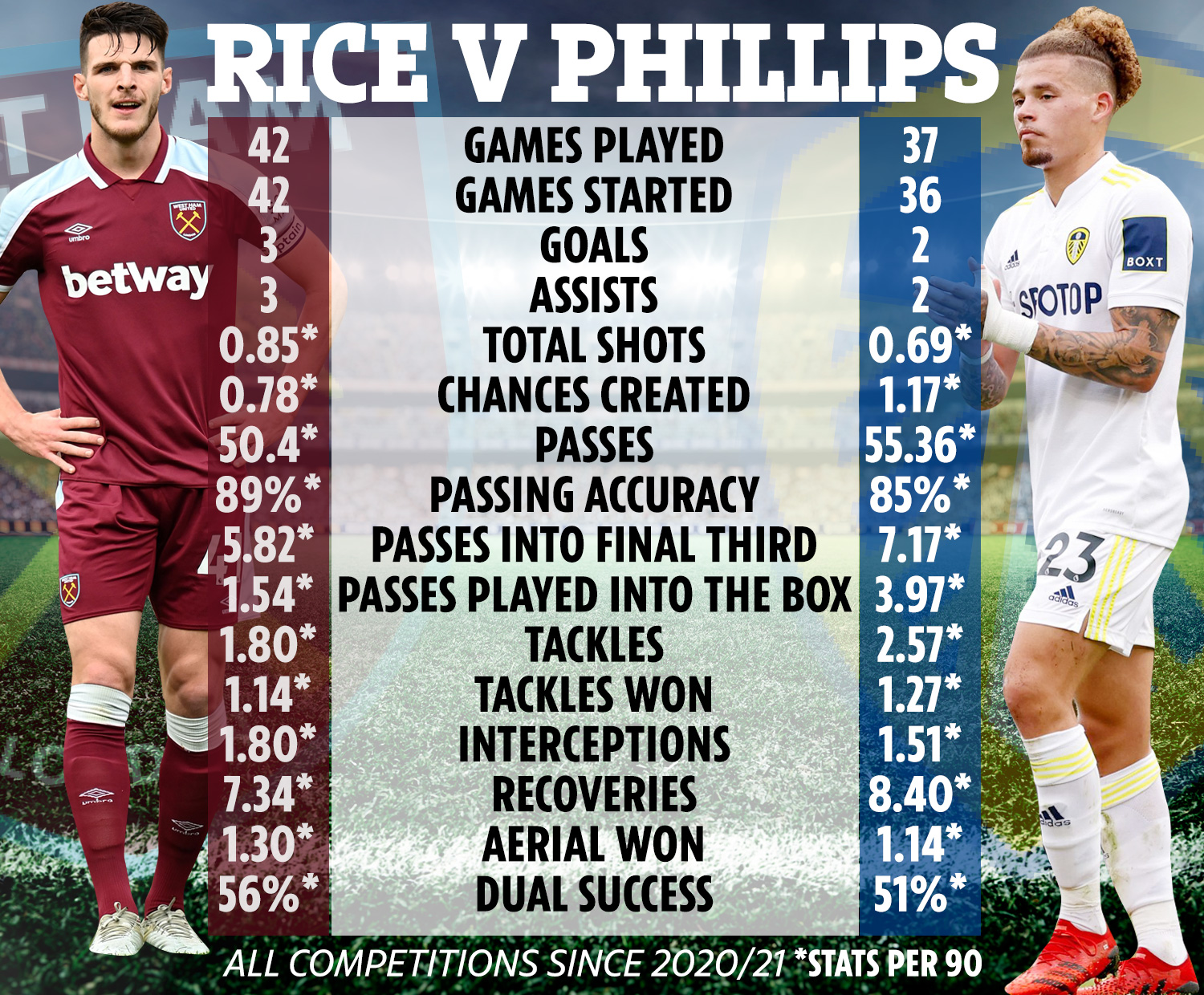 While The Independent state that a fee north of £100million would be required to sign West Ham star Rice, Leeds are said by Daily Star to require only £60m to sell Phillips.

It is clear to see why both are so valuable for their clubs, as well as for country with Gareth Southgate making them his preferred partnership.

Both players excelled in England's run to the Euro 2020 final and could remain in the team for the best part of a decade.

Although Rice, who at 22 has three years on Phillips, is well known for his defensive stats, it is in attack where he has an edge over the 25-year-old.

Since last season he has bagged more goals and assists, three to two in both category, including a recent wonder goal against Dinamo Zagreb.

But that is where the Hammers star begins to run out of statistical advantages over his Three Lions pal.

Of course, tactical differences in David Moyes and Marcelo Bielsa's setups will have an effect on these numbers with the defensive outlook more mixed.

The Yorkshire-born midfielder makes 2.57 tackles every 90 minutes compared to Rice's 1.8, although he has won a smaller percentage of those attempts.

The statistics paint a picture of two very strong but overall rather different players, with Rice more of a solid and deep-lying rock compared to the technical and energetic ball of energy that is Phillips.

Which one Ole Gunnar Solskjaer will prefer to go all-in for will be a fascinating question ahead of next season.