BRANDON WILLIAMS was hailed as a "f***ing warrior" by Manchester United fans after playing on following a sickening clash of heads against Southampton.

The young left-back, 19, only came off the bench after 75 minutes to replace the injured Luke Shaw. 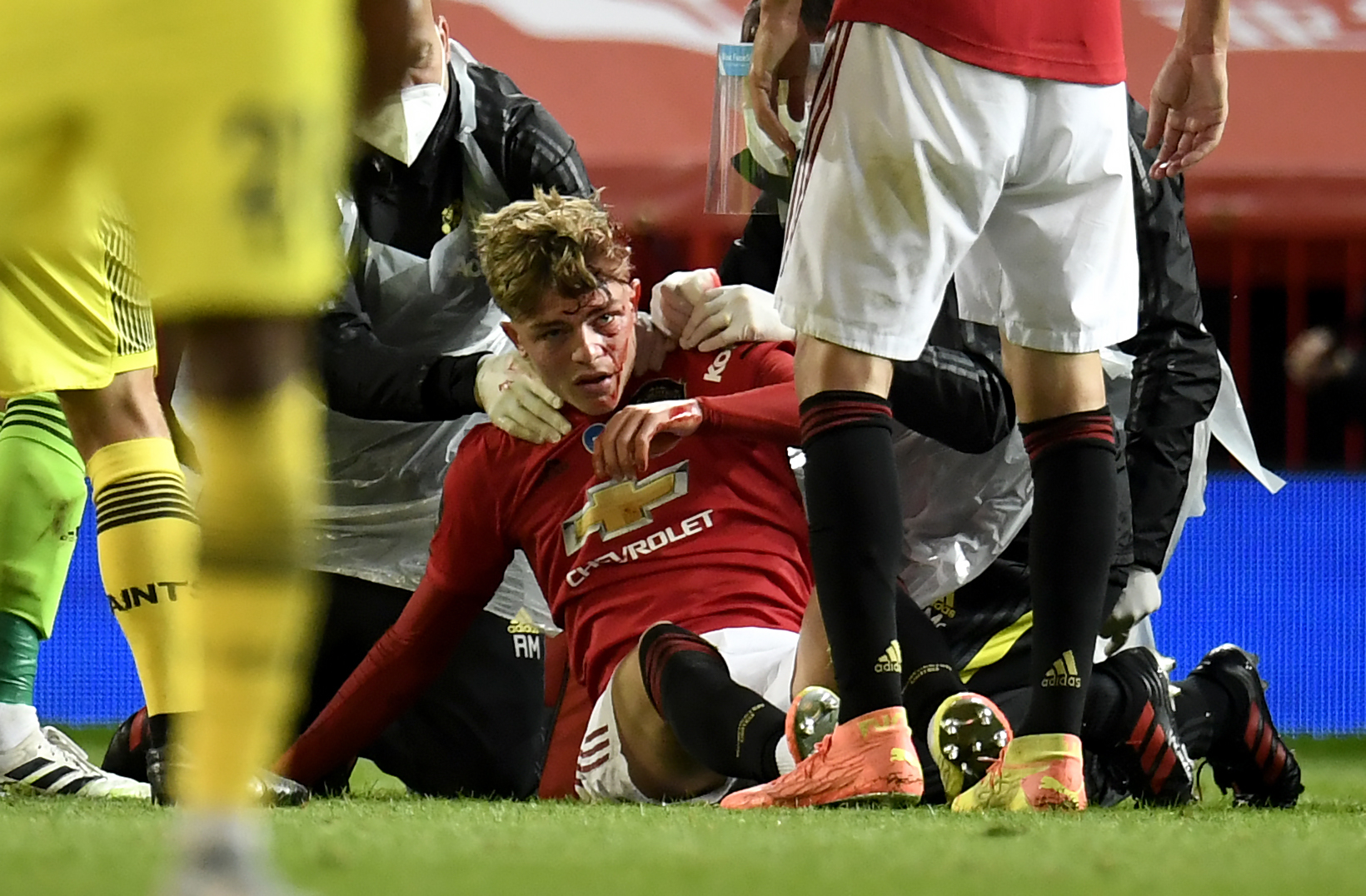 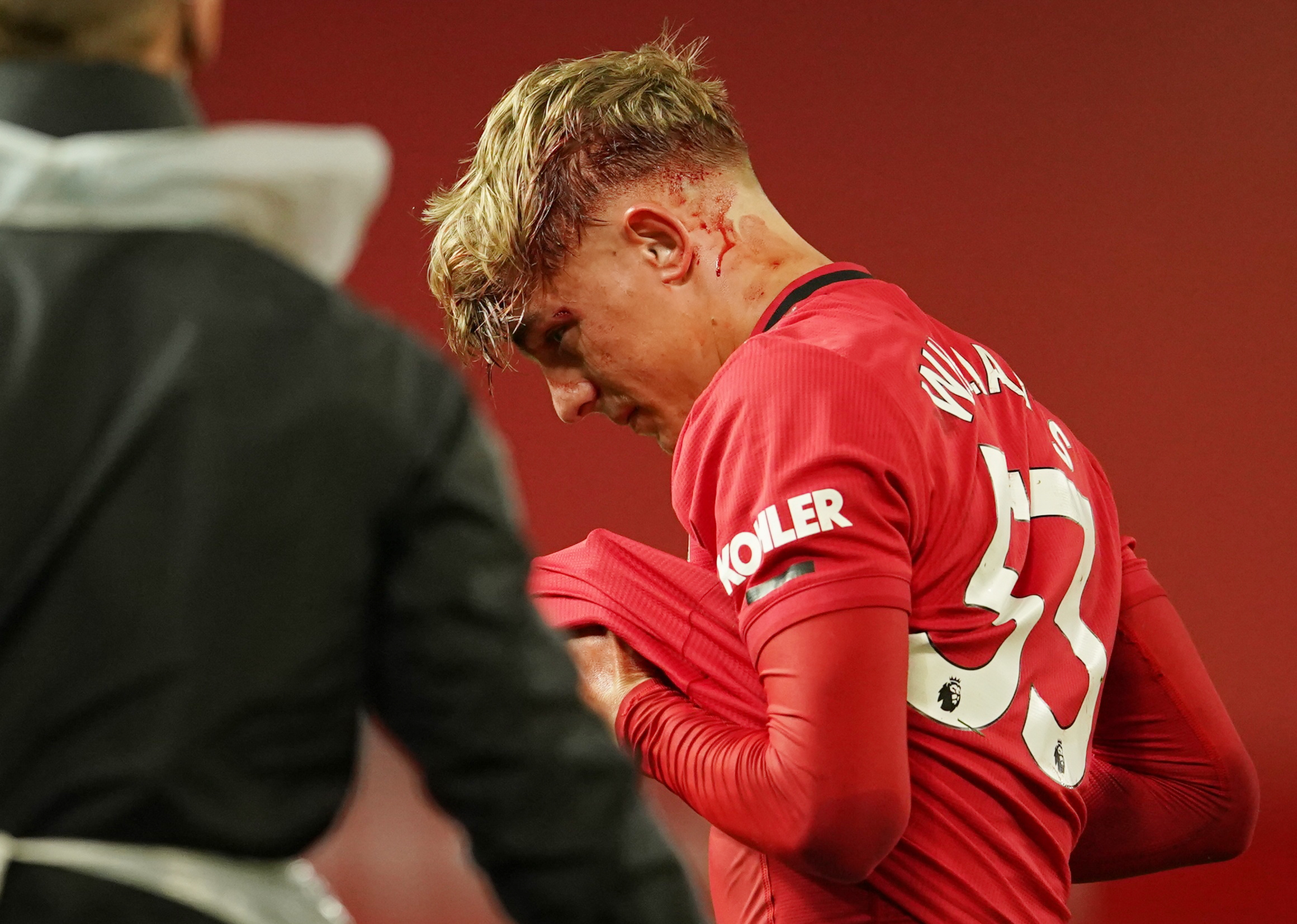 But less than 15 minutes later he was involved in a nasty collision with Kyle Walker-Peters which left him needing stitches.

Williams had bravely soared to battle with the Saints defender as he tried to help his side cling on to their 2-1 lead.

But the Man Utd star took a nasty blow to the face, with a horror gash opening up above his eye.

Due to the complicated and frustrating new substitutions rule, boss Ole Gunnar Solskjaer was not able to replace him.

Under the new rules, managers can make five subs but only across three intervals – with Williams himself in the third wave.

Unable to play on, Williams trudged off the pitch covered in blood – with fans praising his bravery.

One tweeted: "Round of applause for Brandon Williams. A f***ing warrior."

Another said: "This was a terrible sight to behold.

"Brandon Williams has proven to be a dogged player on many occasion. I pray the lad gets well soon."

"True Mancunian soldier. You took risks and kept us in the game."

Solskjaer provided an update on Williams after the game – saying the young left-back required stitches.

He said: “I've not seen Brandon because he was with the medical staff.

"I think he was getting some stitches with a gash over his eye. 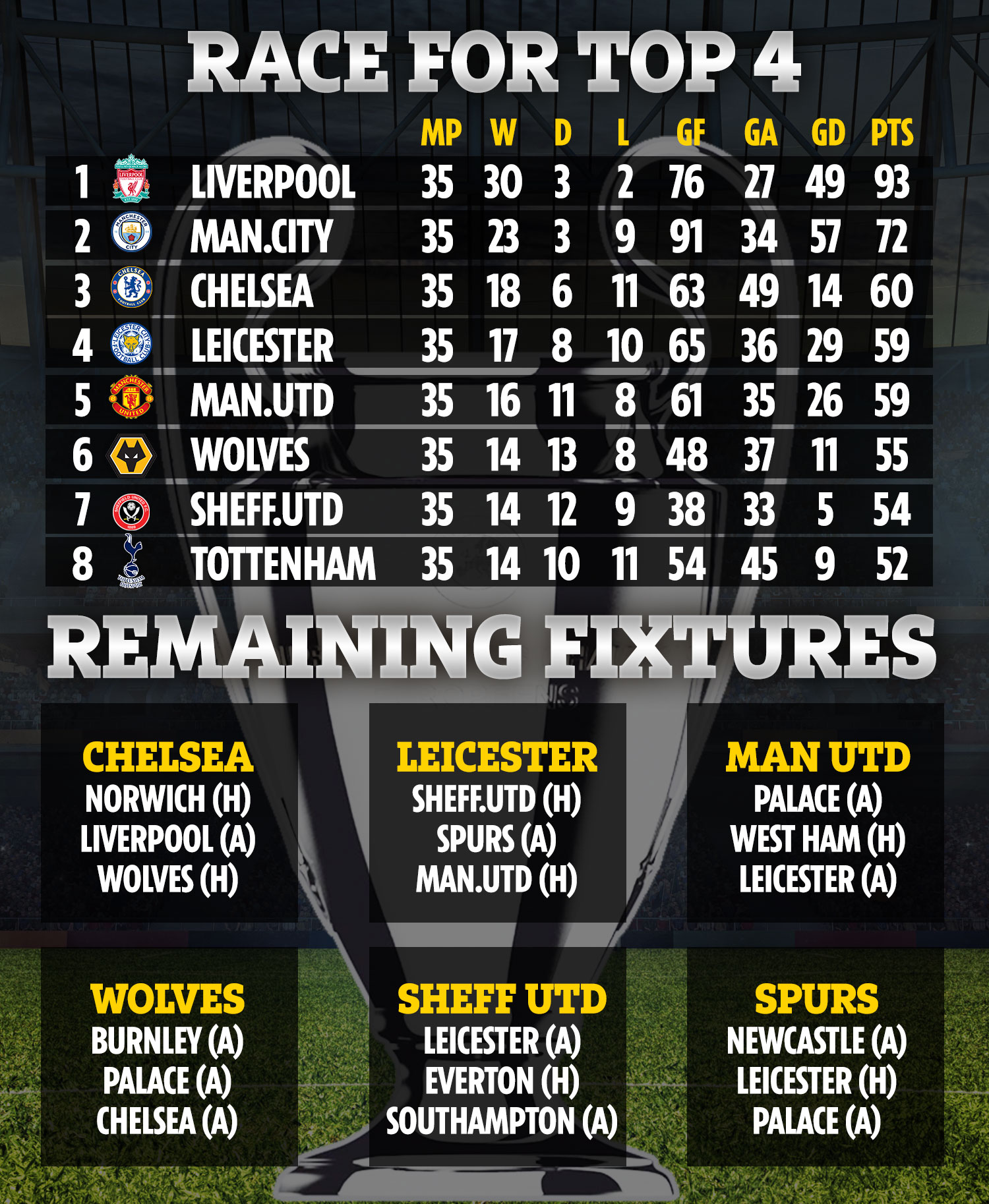 Man Utd were unable to cling on to the three points that would have seen them leapfrog Leicester and Chelsea into third.

Leicester had been thumped 4-1 by Bournemouth at the weekend, with Chelsea falling apart in a 3-0 defeat at Sheffield United.