ELLEN WHITE and Khadija Shaw helped Man City fight back from a reckless red card moment to seal a precious draw from a four-goal thriller.

A header and poached effort from the forwards saw the Citizens recover from two quickfire Man United strikes to share a 2-2 finish. 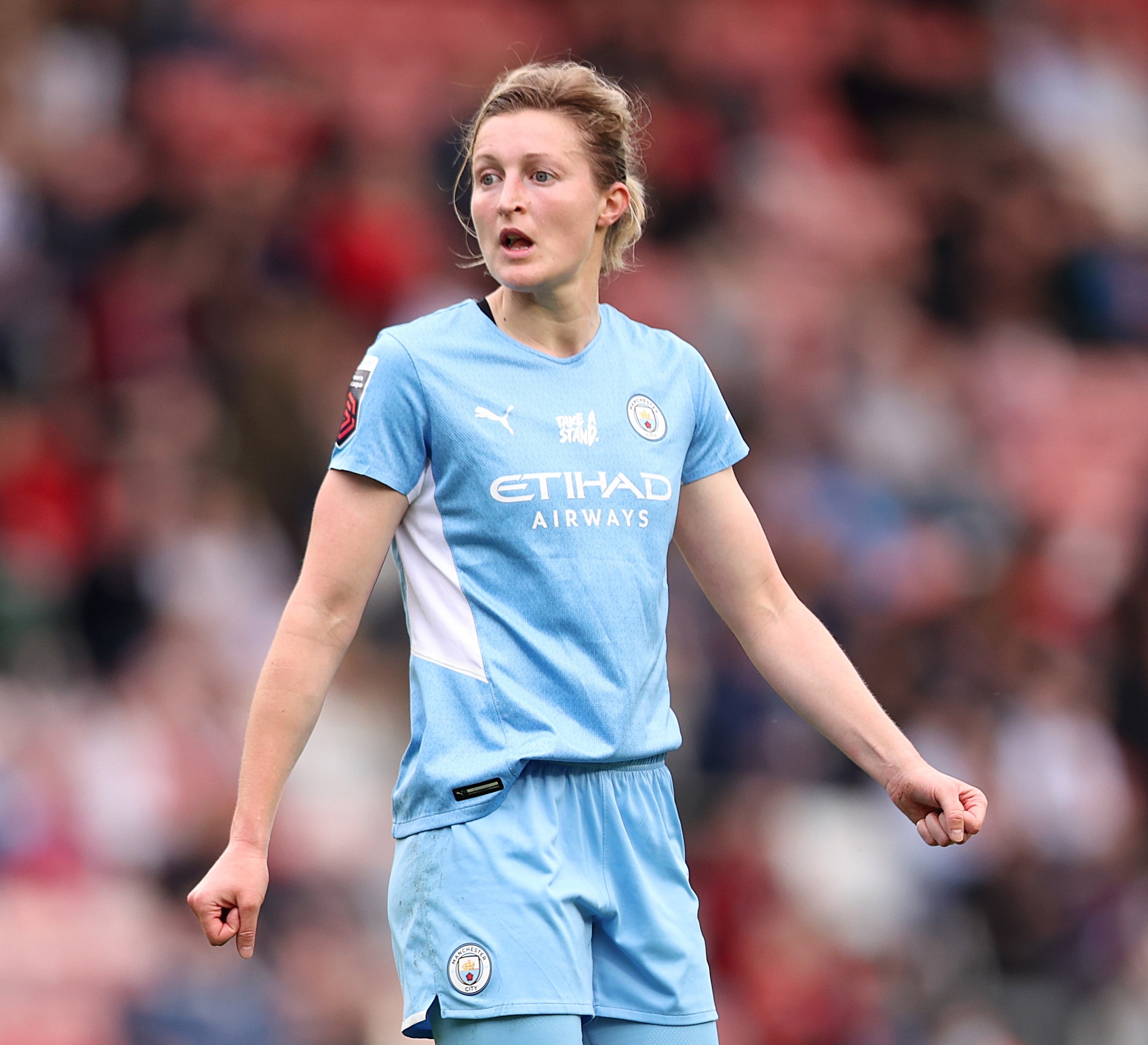 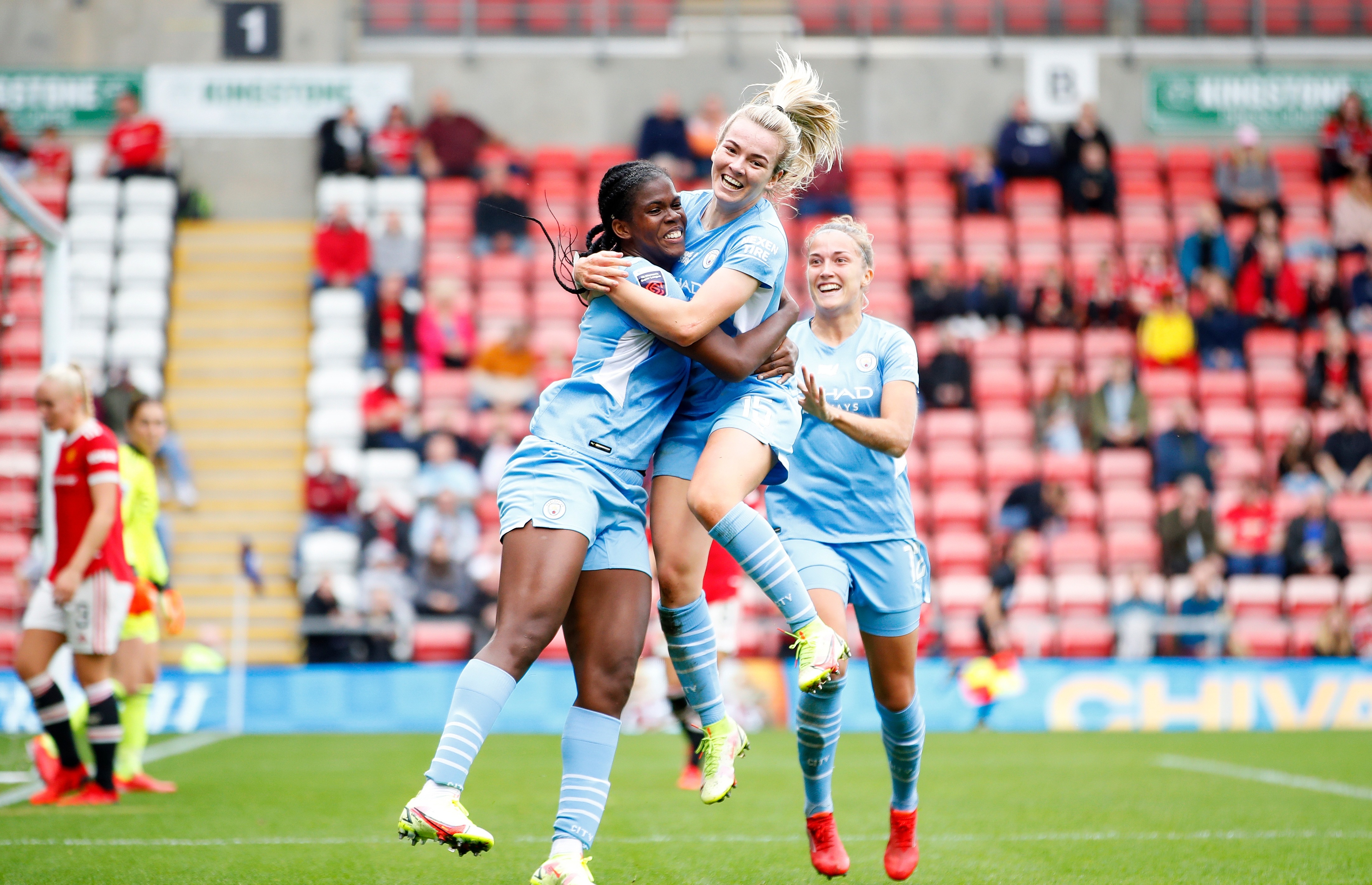 And the result leaves United, who face Durham in the league cup, searching for their first top tier win against their neighbours.

“If you're in a winning part of any game, you want to win the game.

“The way that our team is growing together, I'm seeing steps and strides every single game. There is a slight tinge of disappointment but a lot of positives.”

The early moments of the encounter saw Gareth Taylor’s side nab two clear scoring chances in the first quarter.

First, through a Janine Beckie strike in the thirteenth minute forcing a flying save from Mary Earps.

And then through powerful Lauren Hemp header a minute later prompting Maria Thorisdottir’s clearance off the line.

United had a few opportunities of their own.

This includes one with Leah Galton around the half-hour with the player appearing to be through on goal before being flagged offside.

The game would momentarily be turned on its head with Georgia Stanway’s studs-up challenge on Galton leading to Rebecca Welch give the player her marching orders.

On the red card, Taylor said: “The referee obviously had a better view than anyone and I heard the fourth official saying it was reckless.

“I couldn't really see it, but obviously on reflection having seen it afterwards it's a disappointing one, and it's probably an easy decision for the referee to make.”

Although injury-hit City saw their line-up reduced, they took the lead in the thirty-fifth minute via a pinpoint Demi Stokes cross headed home by Khadija Shaw.

And they came close to increasing their tally with Alex Greenwood’s curled effort forcing another fine Earps save ahead of half-time.

The second spell saw United get on the scoresheet with two goals in five minutes. First through Lucy Staniforth’s clever backheel off the back of a quickly taken corner 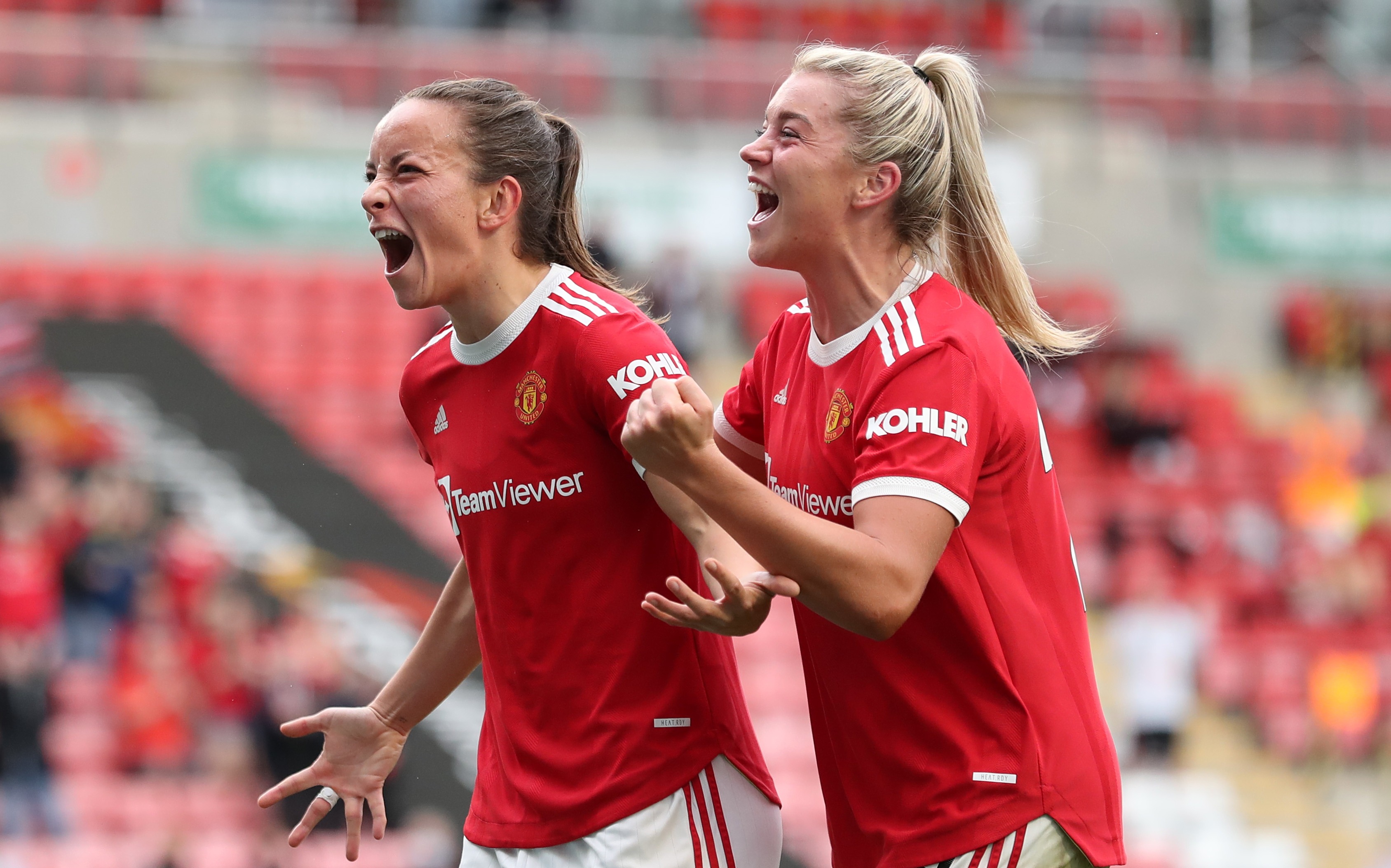 Then through Alessia Russo marking her return to form with a bottom corner strike in the 75th minute.

But White would come to City’s rescue moments later slotting in an equaliser after Earps’ parried save from a thumping Jess Park strike.

And the City ace’s effort saw her side pick up their first point in four games ahead of their Conti Cup duel with Everton.