MANCHESTER CITY have unveiled statues to two of their greatest legends – Vincent Kompany and David Silva.

The monuments – situated outside the East Stand of the Etihad – were first seen when the sun came up on Saturday morning. 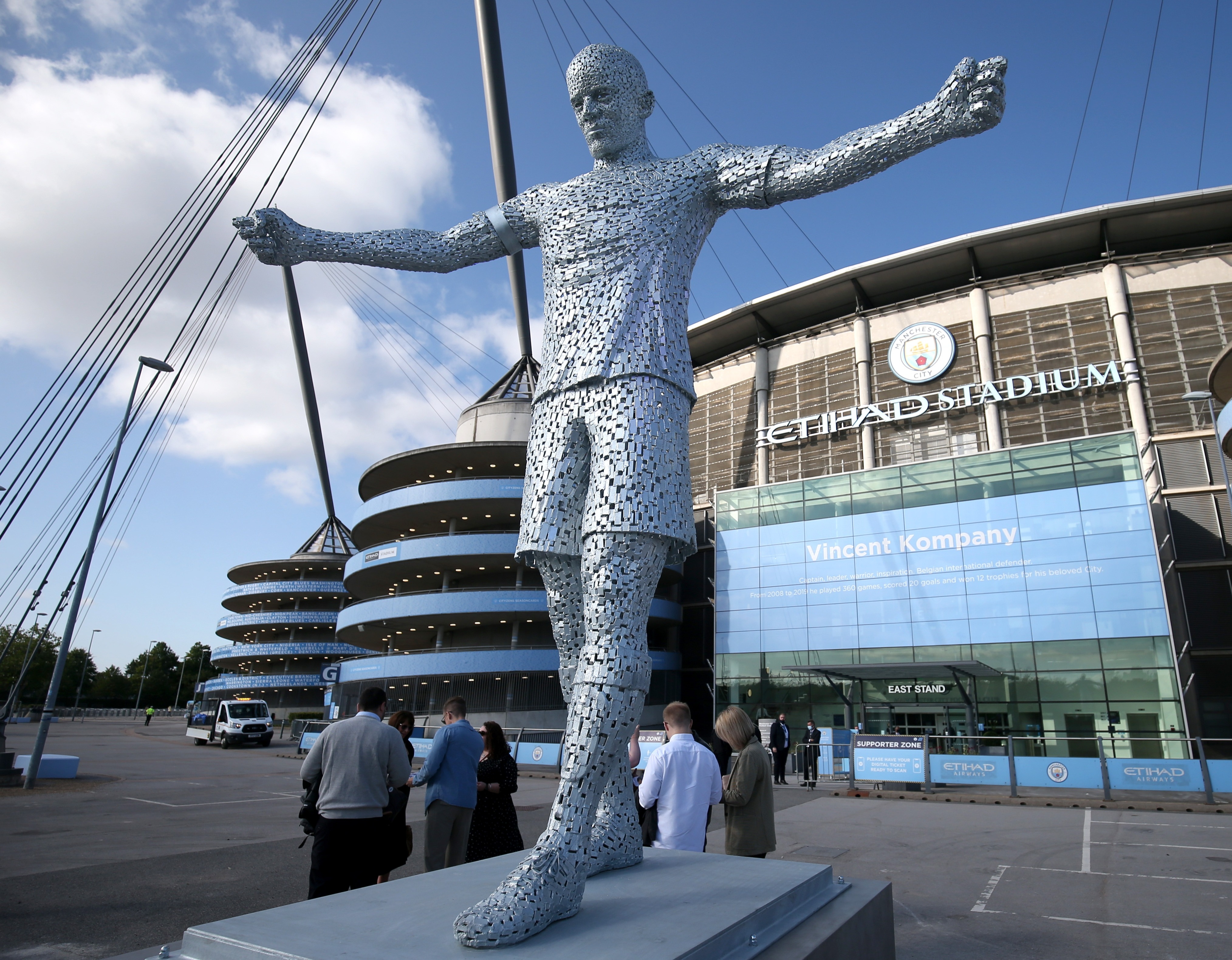 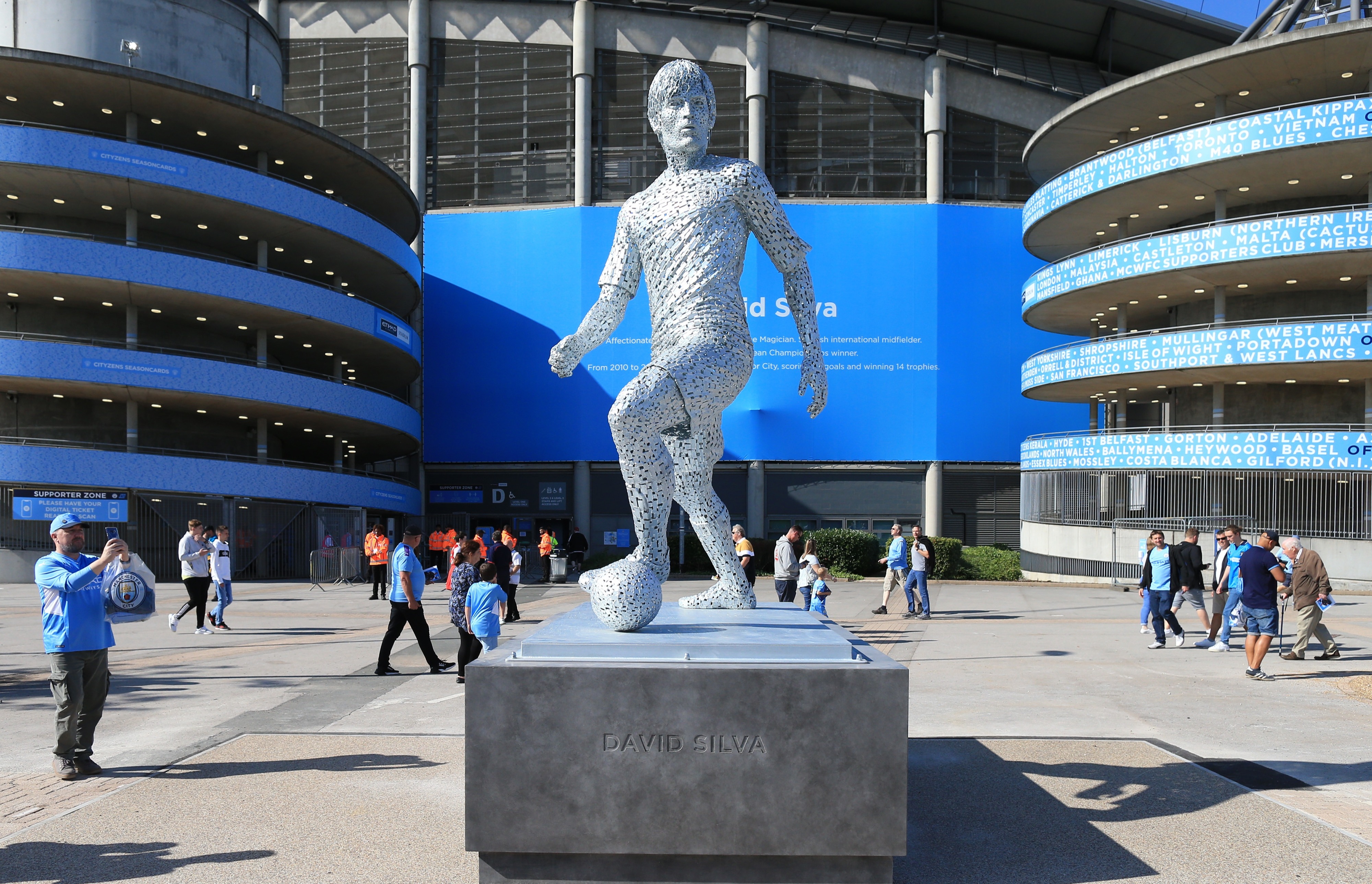 And next year they will be joined by one for City's all-time leading goalscorer Sergio Aguero, who left after ten glittering years in the summer.

Award-winning sculptor Andy Scott has constructed the huge figures using thousands of pieces of galvanised steel at his studio in Philadelphia, US.

During the hours of darkness they will be illuminated with sky blue tinted lighting to ensure they are always visible.

City hope they will be an everlasting reminder to visitors of the huge role the players had in the most successful era in the club’s history.

Kompany’s pose is a recreation of the full-time whistle of his final home match against Leicester in May 2019 – moments after he had scored a stunning winner.

Meanwhile midfielder Silva is running with the ball almost glued to his feet – something City fans got used to seeing in his ten-year stay at the club.

Chairman Khaldoon al Mubarak said: "I hope they provoke memories of the truly magical moments created by both men over 10 years.

"Andy’s skill not only captures the strength and athleticism of both David and Vincent.

"His contemporary approach, together with his chosen medium of industrial materials, make his work completely in keeping with the DNA of Manchester City.

"We are all looking forward to honouring the legacy of Sergio Aguero in the same way next year.

"It will give generations to come the opportunity to be reminded of the era of football to which all three men were so integral."

Kompany – who is now manager of Anderlecht – said: "I didn't really expect to be recognised by such a great club in that way. 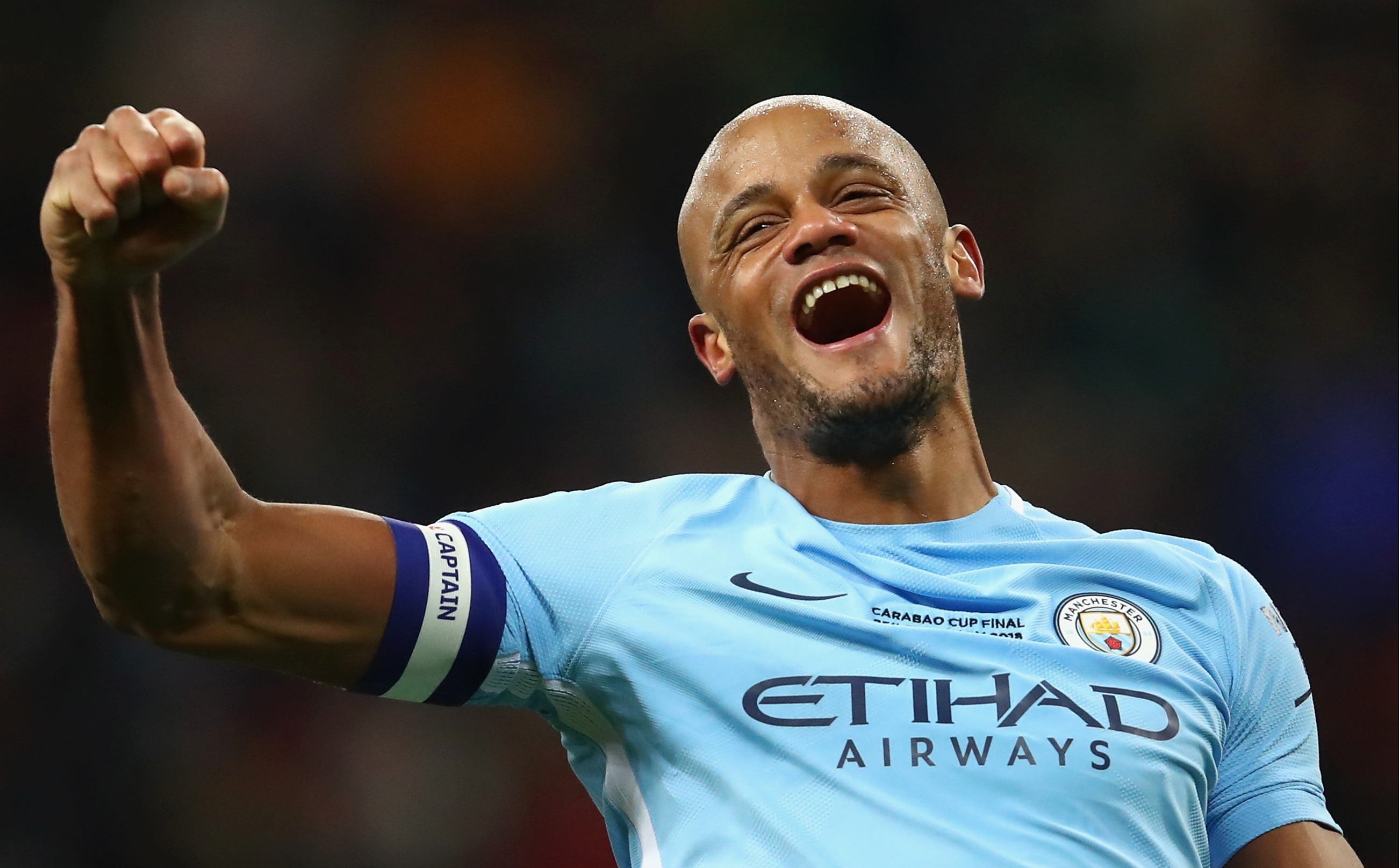 "The first time I saw the statue I couldn't believe how big it was, but then again, I'm a big boy, so fair enough! And then especially the pose, for me it means a lot."

Silva – currently back in his homeland playing for Real Sociedad – added: “Being at City changed my life. I'm proud of what we did together and I feel emotional that it has been recognised like this.

“When I first saw the statue, I felt good, I thought it was like me. This statue really represents the way I like to play, I love the pose the sculptor has chosen.

“It really reminds me of those times I was on the pitch playing and that moment when I had to find the striker.”

Scott took on board input from both Kompany and Silva in creating the statues but did the project remotely in the US due to Covid travel restrictions. 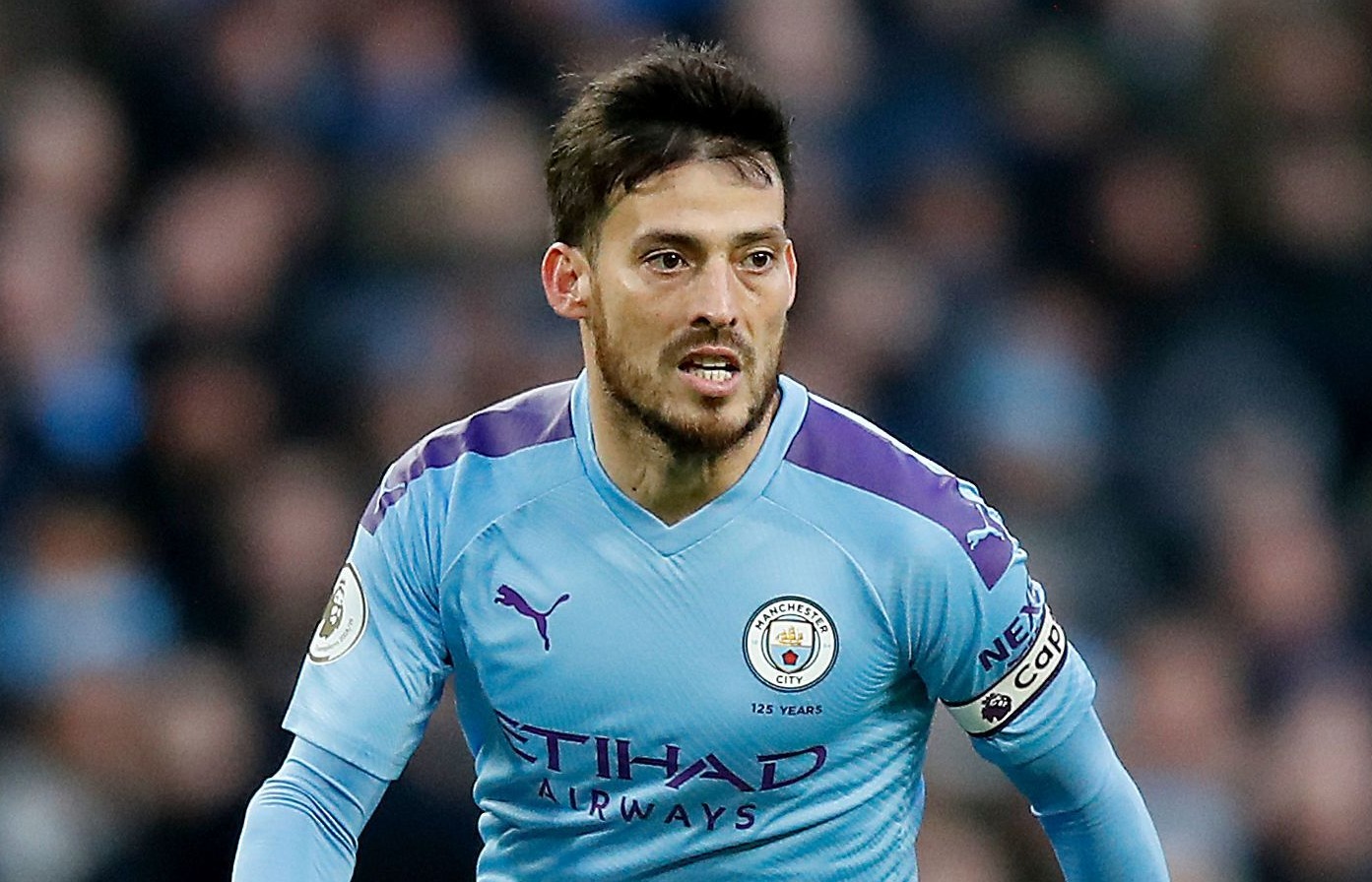 Club sponsor Etihad then shipped the cargo over to Manchester ahead of their unveiling in the hours leading upto Saturday’s clash with Arsenal.

Scott said: “It’s an exciting thing to be a part of, creating something that becomes part of that landscape that means so much to so many people.

“I hope that City fans enjoy these artworks and appreciate them as a celebration of these two iconic footballers.

“I've been deeply honoured to have been asked to do them, and I've done my level best to do justice to them and their achievements.”

Silva won 11 major trophies during his decade at the Etihad – with Kompany winning one pot fewer in his 11 year stay.