It puts him out of Uruguay’s World Cup qualifier match against Brazil and also means the former Liverpool striker will miss this Saturday’s match between current side Atletico de Madrid against his former team Barcelona. 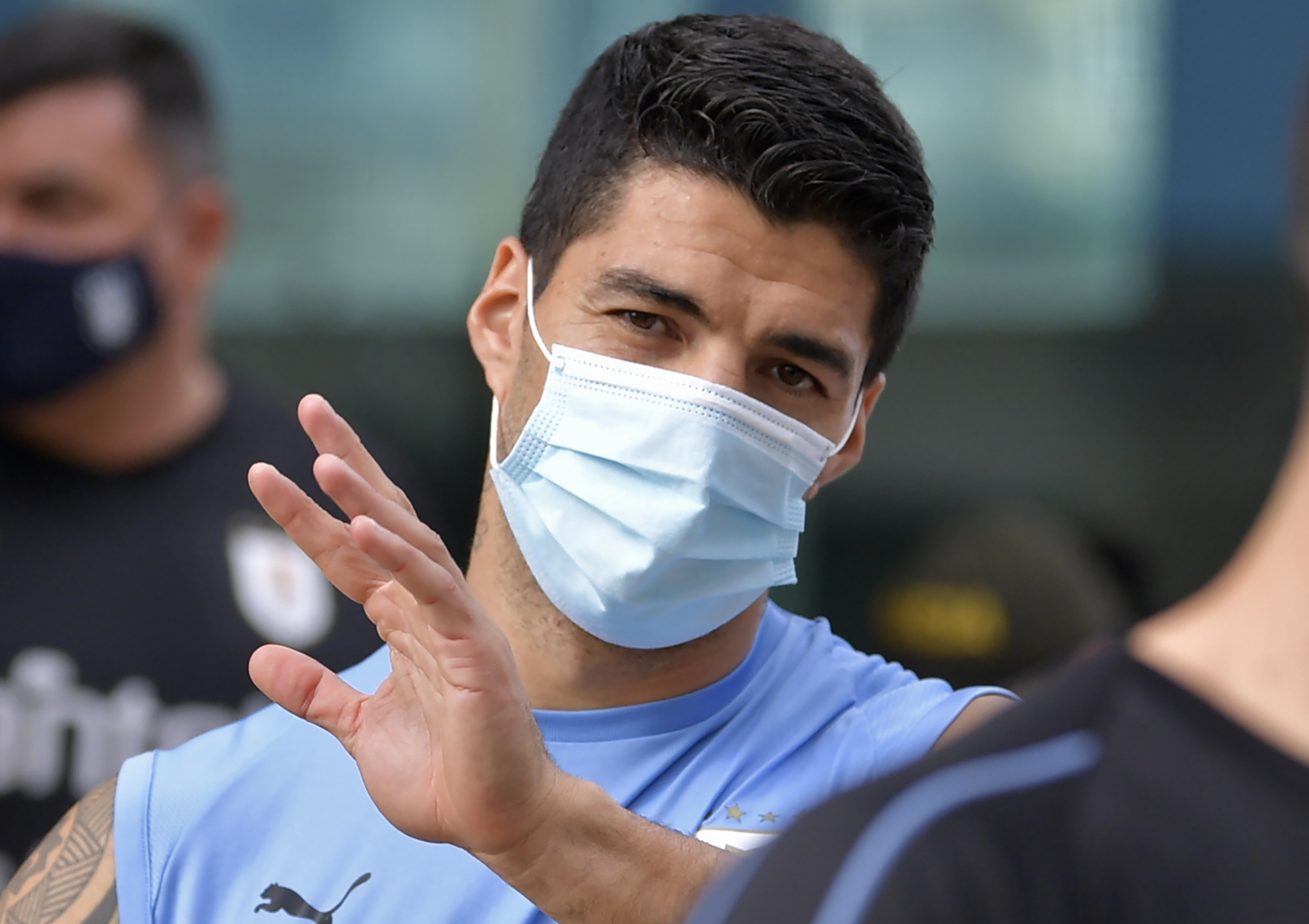 The Uruguayan FA confirmed Suarez was one of two players who had tested positive ahead of the Brazil match. The other is Rodrigo Munoz.

It said in a statement the pair were “in a good state of health.”

It was not immediately clear where Suarez will self-isolate.

The 33-year-old is the latest footballer to be struck with the virus during the international break.

Matias Faral, the Uruguayan FA’s head of press, has also tested positive for Covid along with Suarez and goalie Munoz, currently playing for Cerro Porteno in Paraguay.

The statement released by the Uruguayan FA said: “Swabs showed Luis Suarez, Rodrigo Muniz and Matias Faral had all tested positive for Covid-19.“The rest of the players and backroom staff tested negative.

“The three people mentioned are in a good state of health and the necessary measures have been implemented.”

Matias Vina, a left-back who plays for Palmeiras in Brazil, is already self-isolating after testing positive earlier.

Suarez was due to play against his old club Barcelona for the first time this Saturday since signing for Atletico de Madrid. The 33-year-old has yet to make any comment on his social media.

Mo Salah has caught Covid-19 after he attended his brother's wedding in Egypt.