HARVEY ELLIOTT thanked fans for their messages of support after he suffered a horror broken ankle in Liverpool's clash at Leeds.

The Reds midfielder, 18, had enjoyed a brilliant start to the season after penning a new contract this summer. 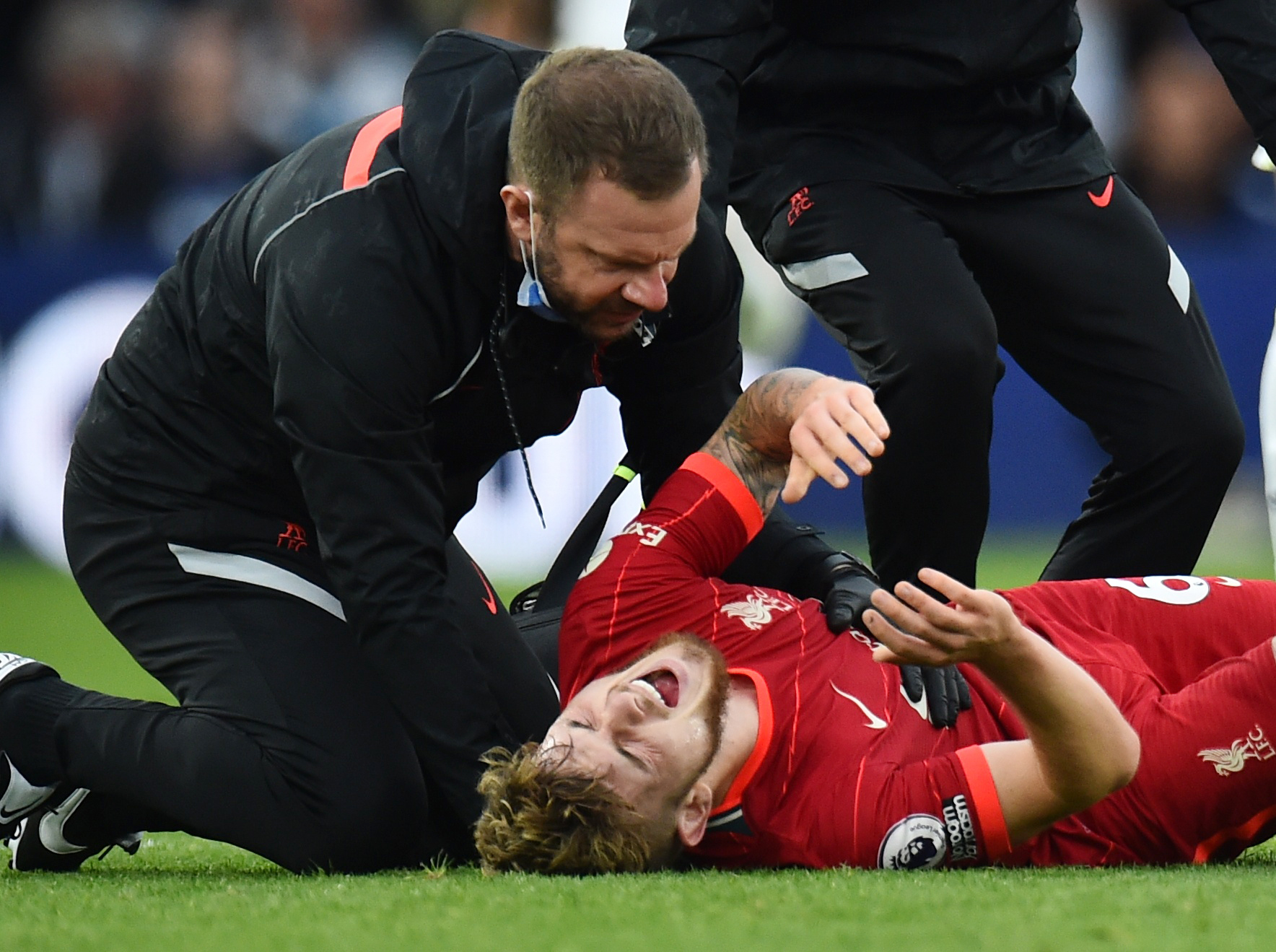 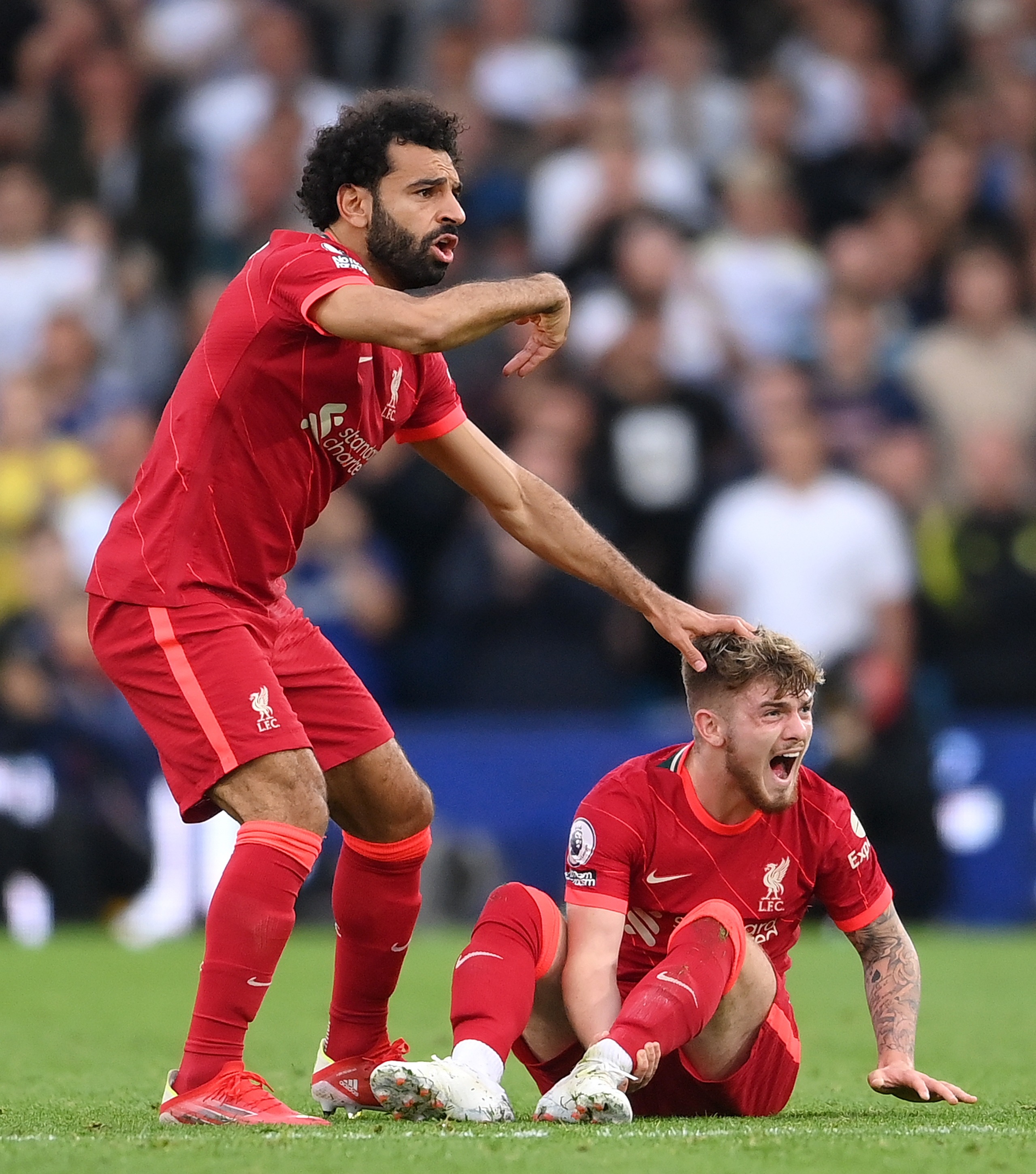 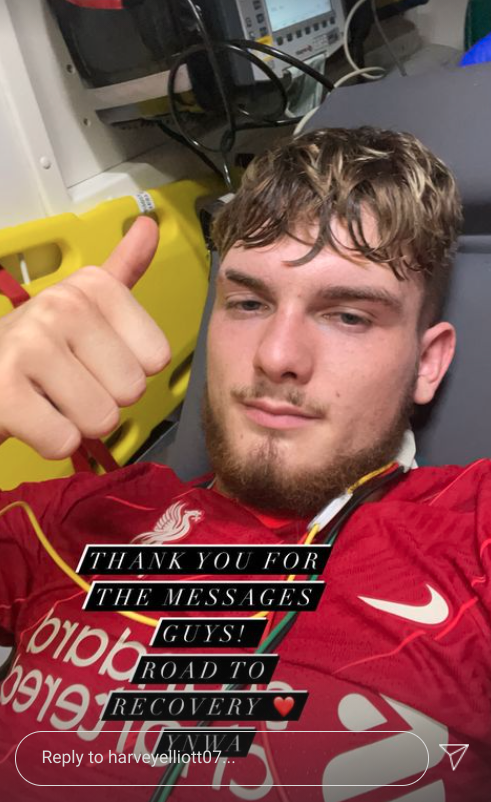 And looking to take his team forward at Elland Road, he was caught by Pascal Struijk just before the hour mark in a fairly innocuous-looking challenge.

His ankle appeared to buckle as he collapsed to the turf on the halfway line with an almost-certain break.

Mo Salah, the nearest Liverpool player to the incident, immediately hurried the medical team on to treat the player.

And the Egyptian then covered his face with his shirt as he and his team-mates looked visibly in shock.

Elliott took to Instagram still while the second half was still going on.

He posted a selfie still in his kit and wrote: "Thank you for the messages guys! Road to recovery YNWA."

Marcus Rashford tweeted: "Ahhhh man rivalry aside that looks really nasty, no one wants to see that, thoughts are with you Harvey."

Struijk was shown a red card for the tackle, although Gary Neville felt the decision was harsh despite the serious injury.

Sky Sports did not show a replay of the incident to protect Elliott's privacy.

He was carried off on a stretcher as both sets of supporters applauded the rising star off, with those in the away end singing You'll Never Walk Alone.

Ironically, the youngster was about to be substituted off with Jordan Henderson on the touchline ready to replace him when the injury occurred as Jurgen Klopp's side led 2-0.

Sky commentator Neville said: “It’s not a good one. Players who saw it originally have walked away in shock. Jurgen Klopp is furious.

“The most important thing is the boy but I’m not sure it’s a red card.

"We’re watching it up here but we can’t show it. The red card is a result of the injury rather than the tackle.

"The game has been ruined in more ways than one. First the injury to Elliott and the sending off. I didn't think it was a red card."

Martin Tyler added: "We can confirm that referee Craig Pawson was always going to show a red card and VAR were just checking if it was the correct decision." 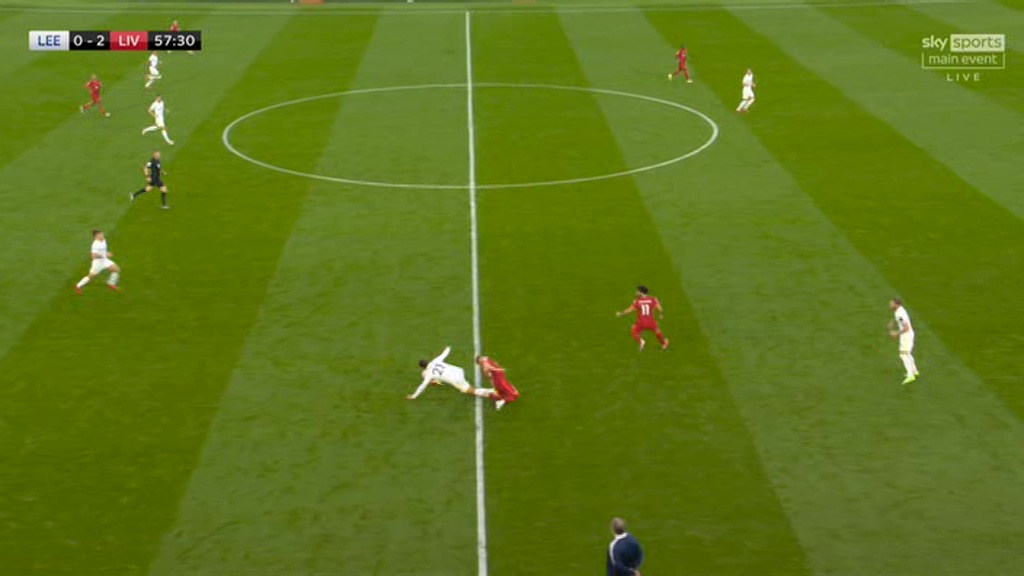 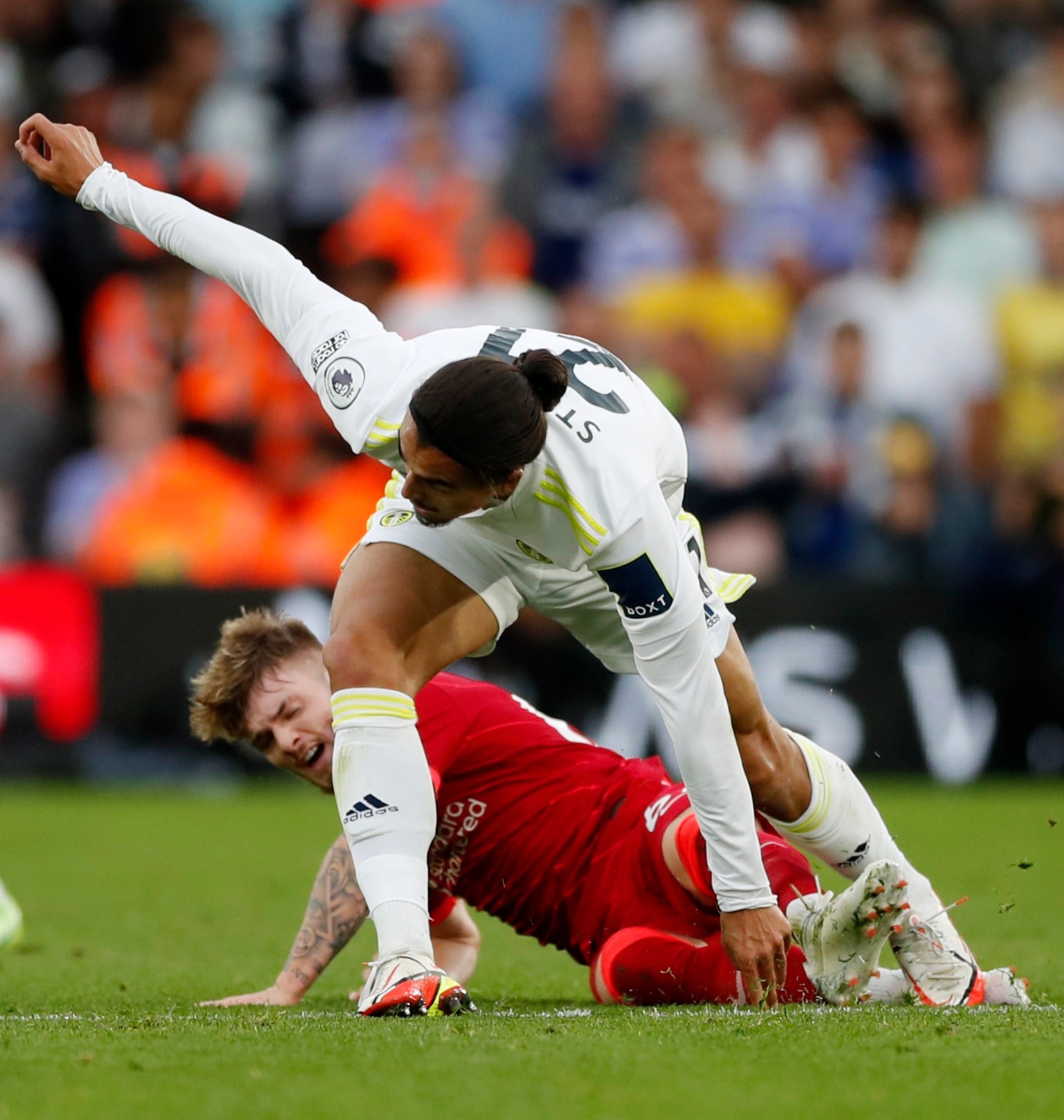 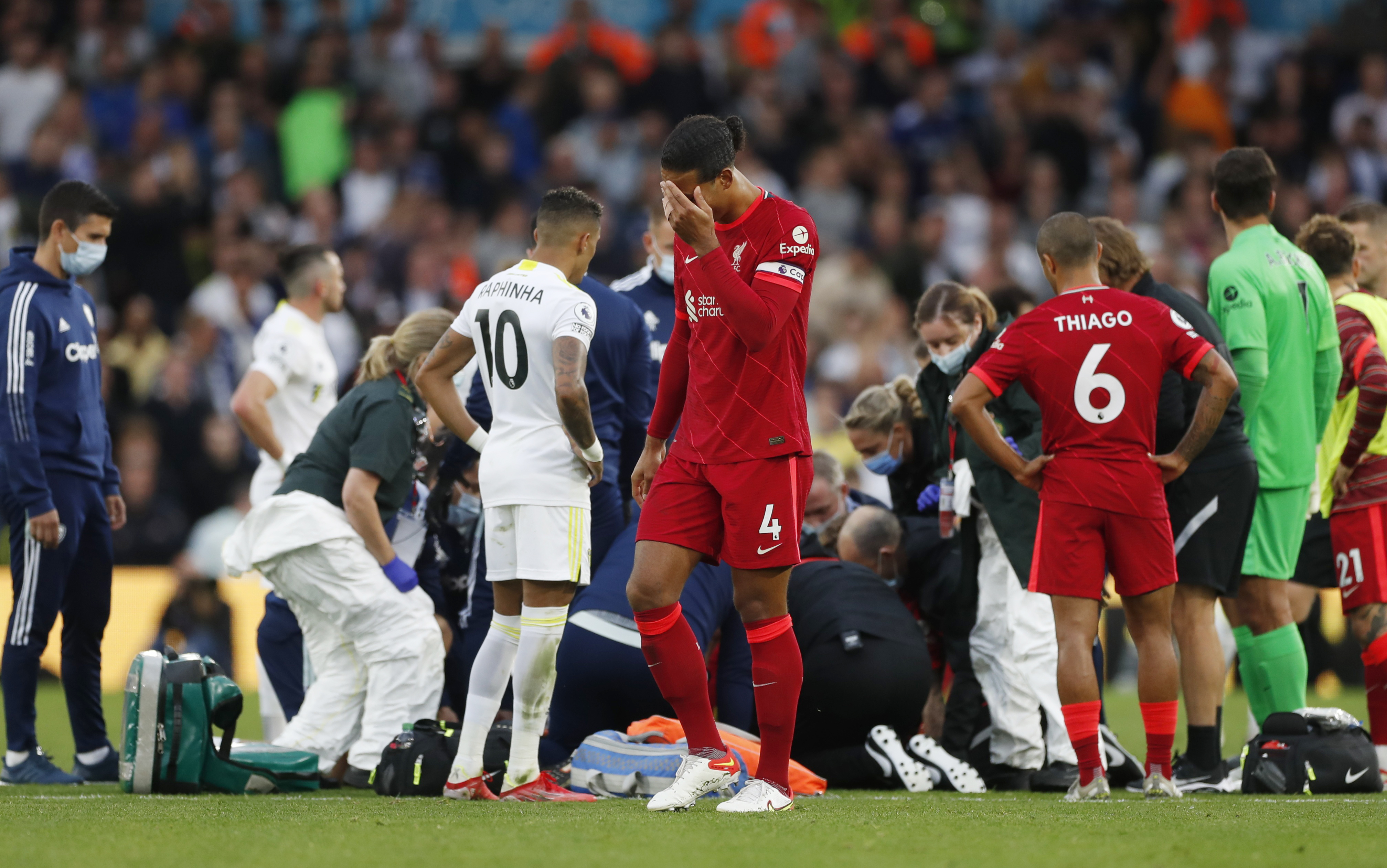 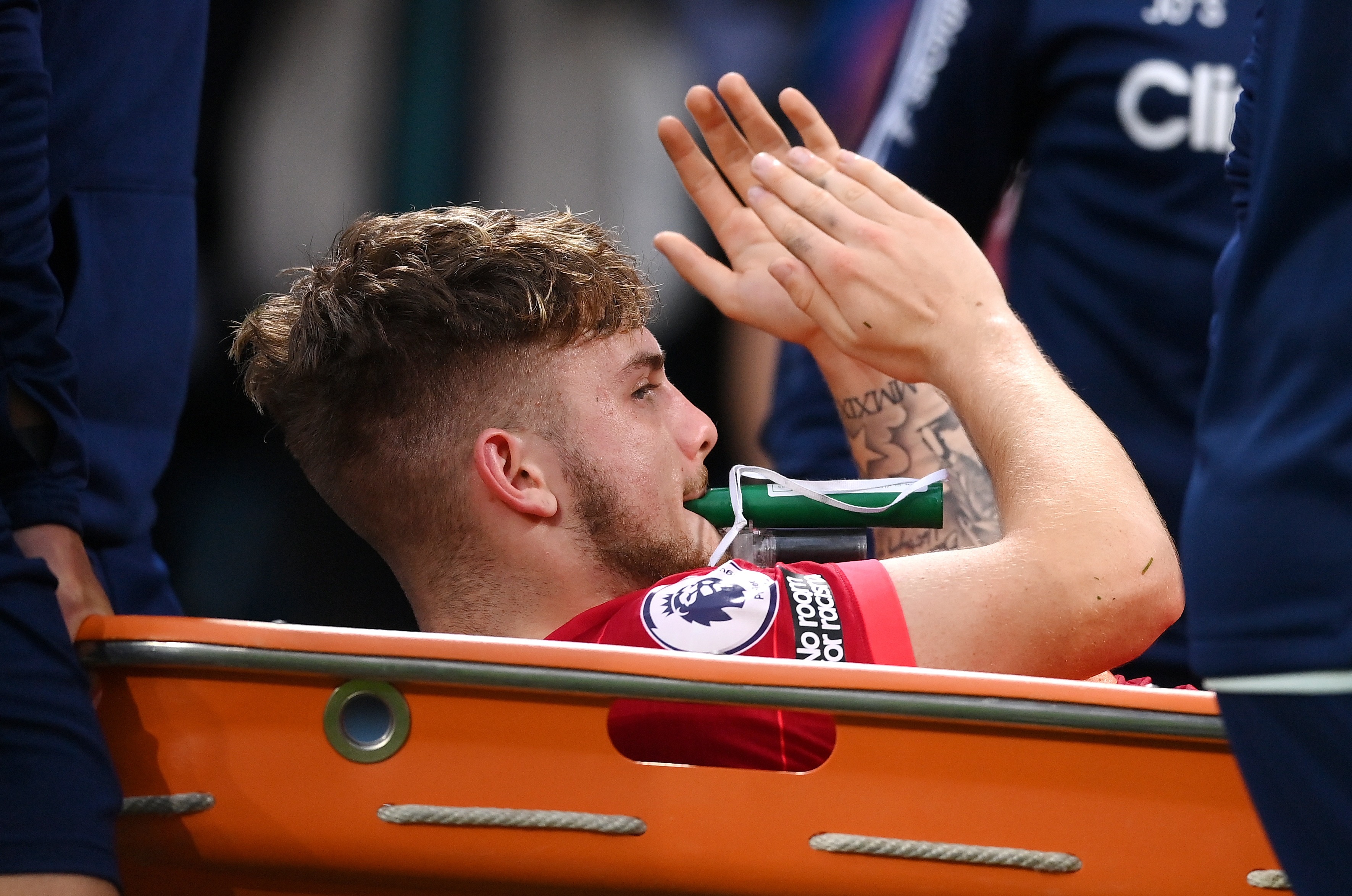