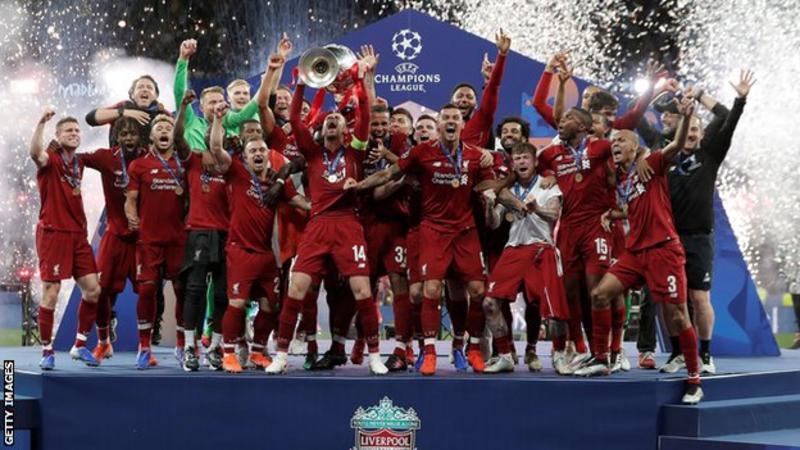 Liverpool were two thousand miles away from Kiev – and a world away from the bitter emotions of that night 12 months ago – as they returned to European football’s pinnacle.

In the heat of Madrid, Liverpool and manager Jurgen Klopp savoured the moment they had craved since they left Ukraine beaten by Real Madrid, undermined by an early injury to Mohamed Salah and the performance of their accident-prone goalkeeper Loris Karius.

The game may not have touched the heights but this was a night for Klopp and his players to produce, to finally get over the line

Reds fans travelled in their thousands and packed entire streets around the Spanish capital’s Plaza Mayor and the Cibeles Fountain, where one year ago a celebrating Real Madrid had paraded the trophy Klopp and his players wanted so badly.

There was almost a sense of destiny this time around, especially after the miraculous 4-0 turnaround against Barcelona in the semi-final – and so it proved as Klopp finally claimed his first trophy as Liverpool manager and this outstanding group of players received just reward for a magnificent season.

And at the heart of Liverpool’s sixth victory in this competition were two key figures, one who was robbed of the chance to make his mark in Kiev and another brought to solve the problem that left them so damaged in this same game last year.

Salah, injured in an early tangle with Sergio Ramos, put Liverpool on the road to their sixth win in this tournament with a contentious early penalty, while goalkeeper Alisson cut a contrasting figure to Karius – safe, assured and outstanding when Spurs threatened a second-half equaliser.

As the vast red wave of Liverpool supporters inside the magnificent Wanda Metropolitano Stadium and the thousands who went in search of television screens in the city knew, there was a lot on the line here.

Klopp knew he had to lay hands on silverware, not to cement his reputation, but simply because eventually all outstanding work must be backed up with tangible success – something he has now done in spectacular fashion by lifting European football’s most prestigious trophy.

Liverpool’s players knew they needed this victory, not simply as redemption for Kiev but to have something to show for a brilliant season in which they lost only one league game but still finished second behind Manchester City in the title race.

There would have been plenty of “we go again” talk had this night gone against Liverpool but the disappointment of walking away empty-handed after nine months of sustained brilliance would have been almost immeasurable.

Instead, Liverpool are back on top of the European pile and the famous old trophy is returning to Anfield for the sixth time, making them the third most successful club in this competition behind Real Madrid and AC Milan.

Liverpool’s performance in this match will not linger in the memory, substitute and talisman Divock Origi wrapping up the win with a late second goal, but the achievement will last forever.

This Champions League final was a poor one. Maybe it was the three-week break between the end of the Premier League season and this showpiece. Maybe it was the stifling heat and humidity that sapped the energy of two teams normally overflowing with that commodity. It was error-strewn and lacklustre in large parts.

It will not say that in the history books though – they will simply record that Liverpool were the cream of European football once again.

Klopp has built a Liverpool team to last, with an outstanding goalkeeper in Alisson, two of Europe’s finest full-backs in Trent Alexander-Arnold and Andrew Robertson, and the man many rate as the world’s finest central defender in Virgil van Dijk.

Liverpool’s front three of Sadio Mane, Salah and Roberto Firmino stand comparison with the best in this potent mixture of youth, experience and the highest quality.

The game may not have touched the heights but this was a night for Klopp and his players to produce, to finally get over the line. The job was done and the prize was claimed in the shape of the trophy they call ‘Old Big Ears’.

Liverpool and Klopp are not going away. They will be back for another tilt at the Premier League next season and the Champions League is a mountain they have proved capable of climbing. 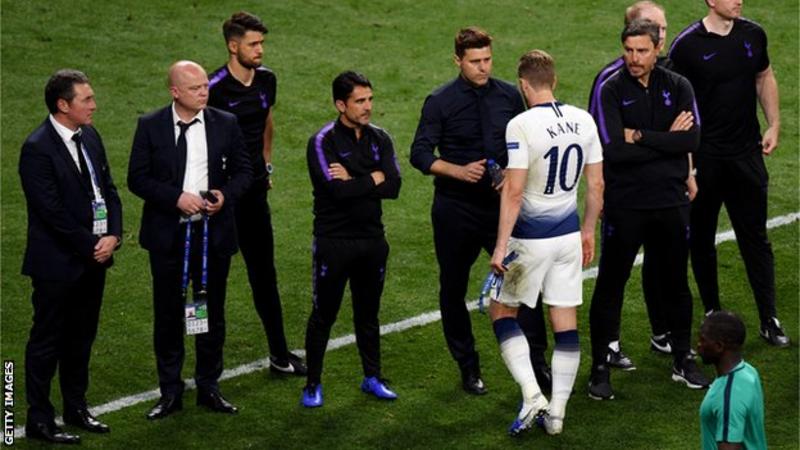 Spurs will be back too – but this will be a night of regret, one when they failed to grasp the moment to take advantage of a Liverpool display short of their usual standards.

Was Harry Kane fully fit? Did Mauricio Pochettino make a mistake by including him and leaving out Lucas Moura, the man who fired them to Madrid with that hat-trick against Ajax in the semi-final second leg in Amsterdam?

It is actually hard to make a definitive judgement on Kane because he did not receive great service but he certainly looked short of match sharpness, as did Liverpool’s Firmino, who was also back after an injury absence.

Spurs made Alisson work harder than Hugo Lloris had to, but they were not as clinical as Origi was with his single opportunity, the chance that put the game beyond them.

Pochettino deserves massive kudos for taking Spurs to their first Champions League final but this is a body of work that must now be sustained by backing in the transfer market, an arena to which the Argentine has been a stranger for so long.

For Liverpool, the celebrations continued amid the ticker-tape and pyrotechnics as manager Klopp was tossed high into the air by his players in front of the jubilant thousands.

It may take him some time to come back down to earth after a landmark triumph that Liverpool can now use as the platform for further successes at home and in Europe.

As the Liverpool fans sang, they have “won it six times” and Madrid was the scene of a celebrations that would go on all night before their triumphant homecoming on Sunday.