LIONEL MESSI was left exasperated after he was substituted in Paris Saint-Germain's 2-1 win over rivals Lyon.

PSG started with Messi, Neymar and Kylian Mbappe in attack for the first time in the league but the front three failed to impress. 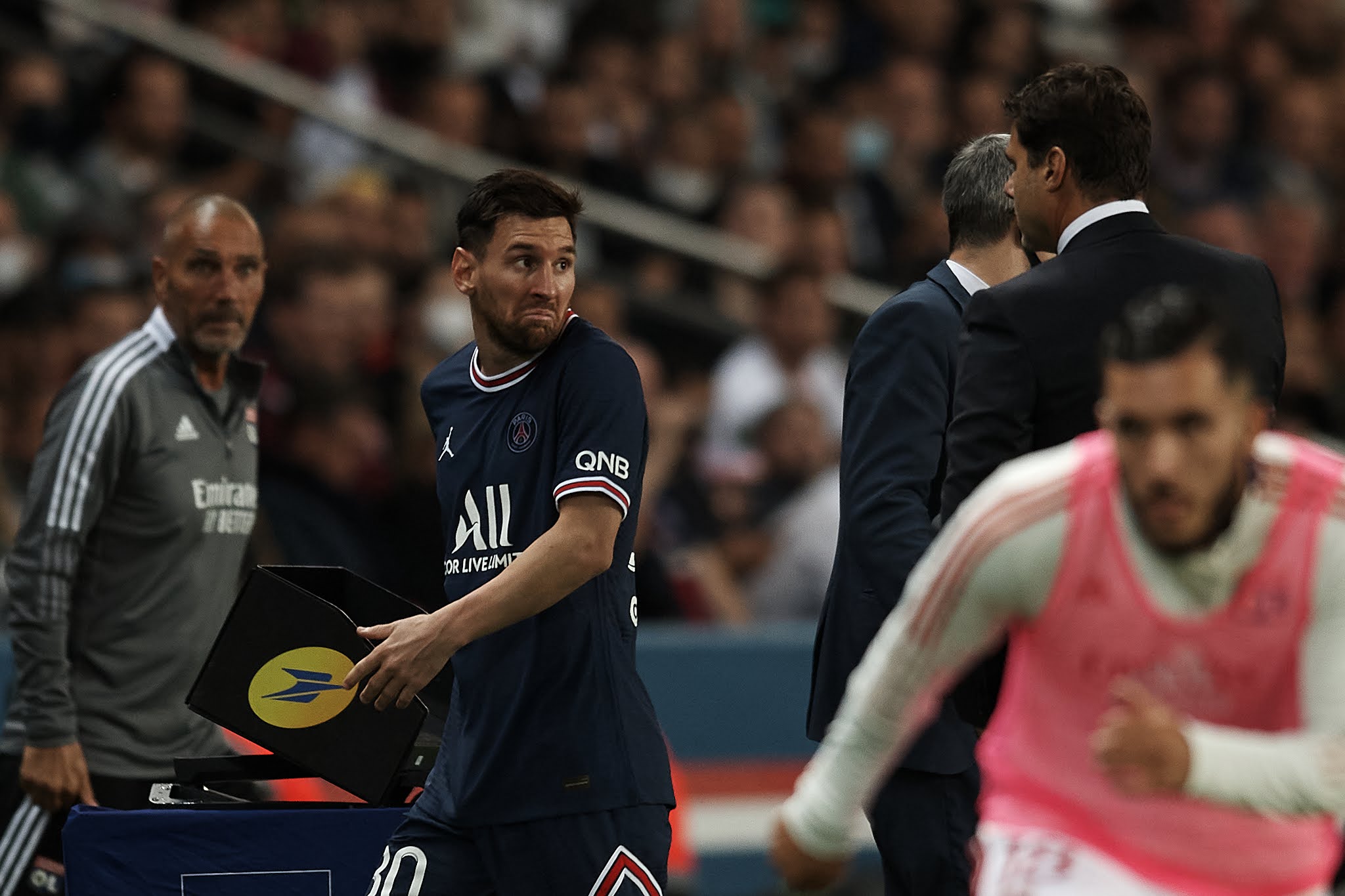 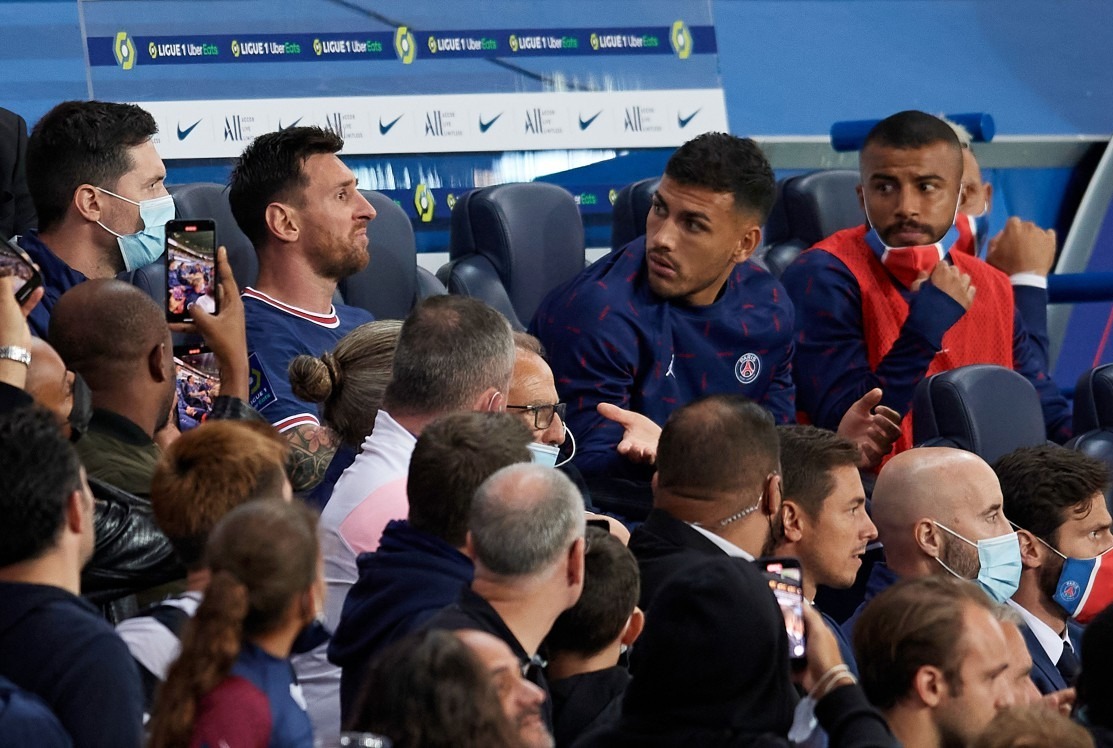 Pochettino cut short Messi's home debut in the 75th minute in an attempt to change things and it worked as Mauro Icardi came off the bench to grab the winner.

But Messi was clearly upset with his manager when he came off the pitch.

He SNUBBED his compatriot's offer of a handshake and gave him a look of outrage – as if he could not believe he was the one sacrificed.

The Argentine has struggled to settle since his move to Paris, and is still on the lookout for a permanent residence.

Things have not gone to plan on the pitch either, as PSG's illustrious front-three lacked coordination in attack.

Messi is goalless in his three appearances so far and failed to help his side to a win over Club Brugge in mid-week, despite being joined by Neymar and Mbappe in attack.

Icardi saved PSG in the dying seconds on this occasion but it was a difficult night, with Mbappe also booed by his own fans ahead of kick-off.

Messi has looked slightly off the pace so far after a busy summer winning the Copa America.

He did not have much of a pre-season because of that and is still finding his feet in the French capital.

But with the visit of Manchester City coming up before the end of the month both he and Pochettino must work out their differences to get the team playing to its potential. 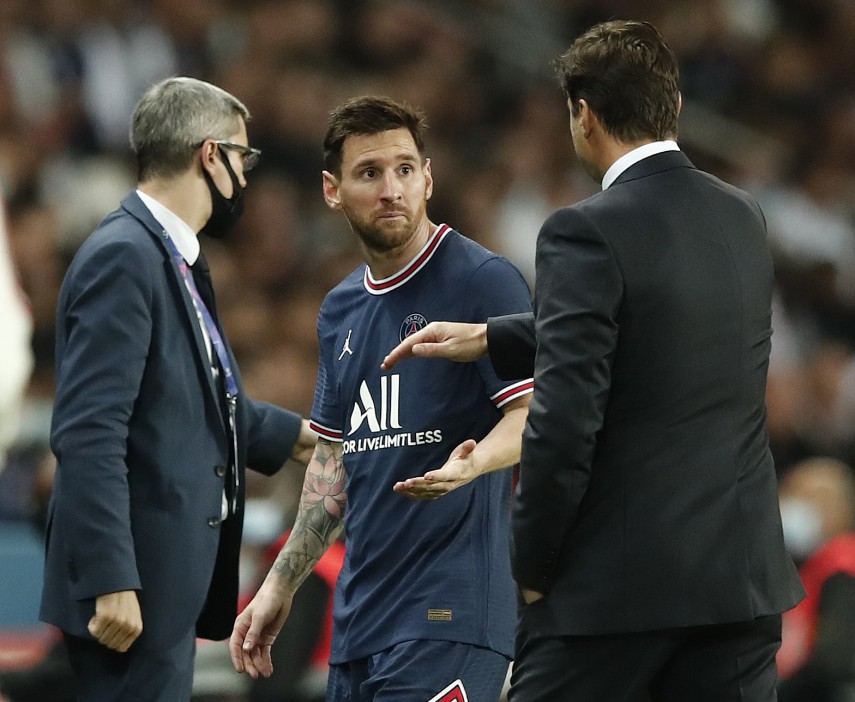 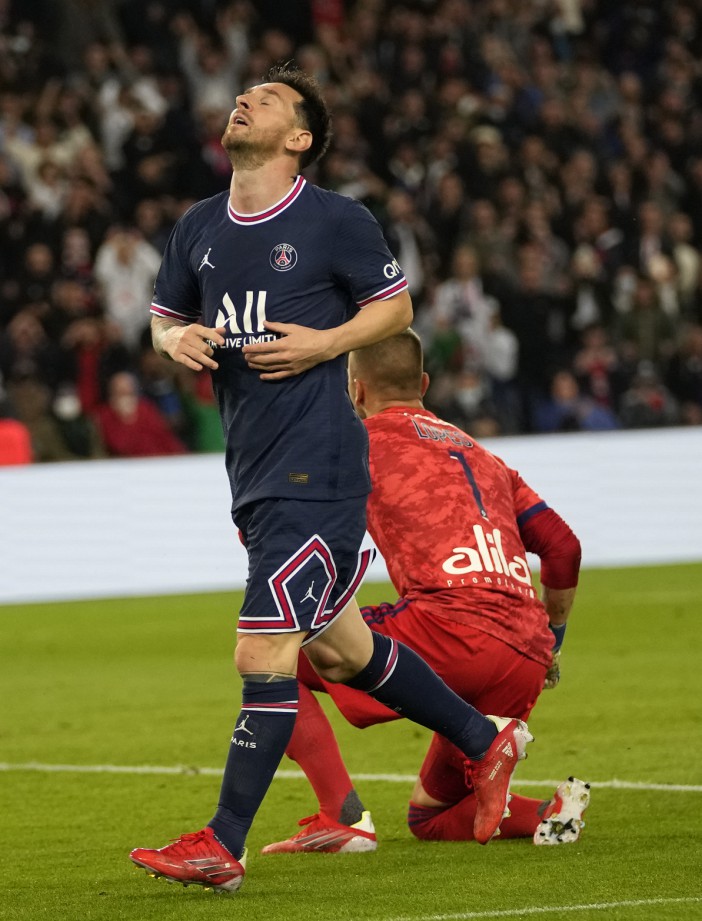