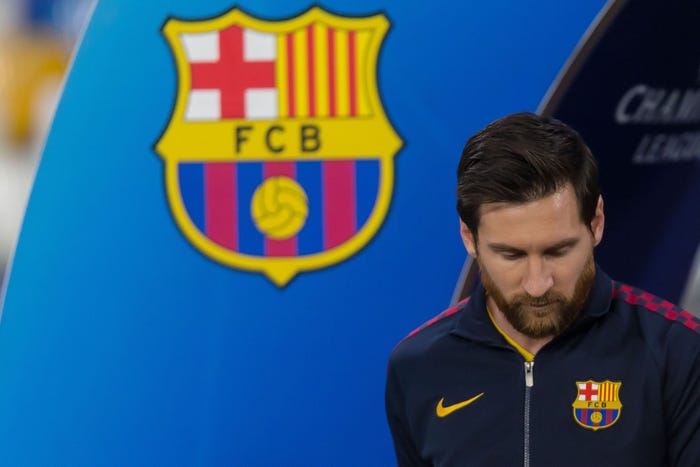 Lionel Messi says he is "tired" of being blamed for FC Barcelona's problems after the agent of teammate Antoine Griezmann accused him of operating a "reign of terror" at the club.

Griezmann's agent Eric Olhats said last week that Messi made life hard for the Frenchman upon his arrival to the Camp Nou in 2019.

Olhats added that the Argentine's control over the club has continued to make it difficult for his client to adapt. Griezmann has scored just 11 times in 42 La Liga appearances for Barcelona since his switch from Atletico Madrid.

"Antoine arrived at a club where Messi has the final word on everything," said Olhats, according to AS. "He is as much an emperor as a monarch and he didn't take kindly to the signing of Antoine.

"His attitude has been deplorable and he made him feel unwelcome. I've always disliked hearing Griezmann say that there are no issues with Messi but never the other way around. It's a reign of terror. You're either with him or against him.

"Last season, when Griezmann arrived, Messi didn't speak to him and didn't pass him the ball. I think he suffered because of a negative adaptation."

Messi was asked about the comments by reporters on Wednesday at El Prat Airport after returning from international duty with Argentina.

"The truth is that I'm a little tired of always being the problem for everything at the club," he said, according to The Guardian.

"On top of that, after a 15-hour flight, I had the tax authorities waiting for me. It's madness."

Messi attempted to force a move away from Barcelona in the summer by activating a clause in his contract that would have allowed him to walk free from the club.

However, after Barcelona disputed that the clause had expired, the 33-year-old backed down in order to avoid a legal battle.

Messi's contract expires next summer, with Manchester City favorites to secure his signature.