CELTIC are OUT of the Europa League and into the Europa Conference League last-32 after a sore defeat in Leverkusen.

The Parkhead side went behind early doors before taking the lead with half an hour to go. 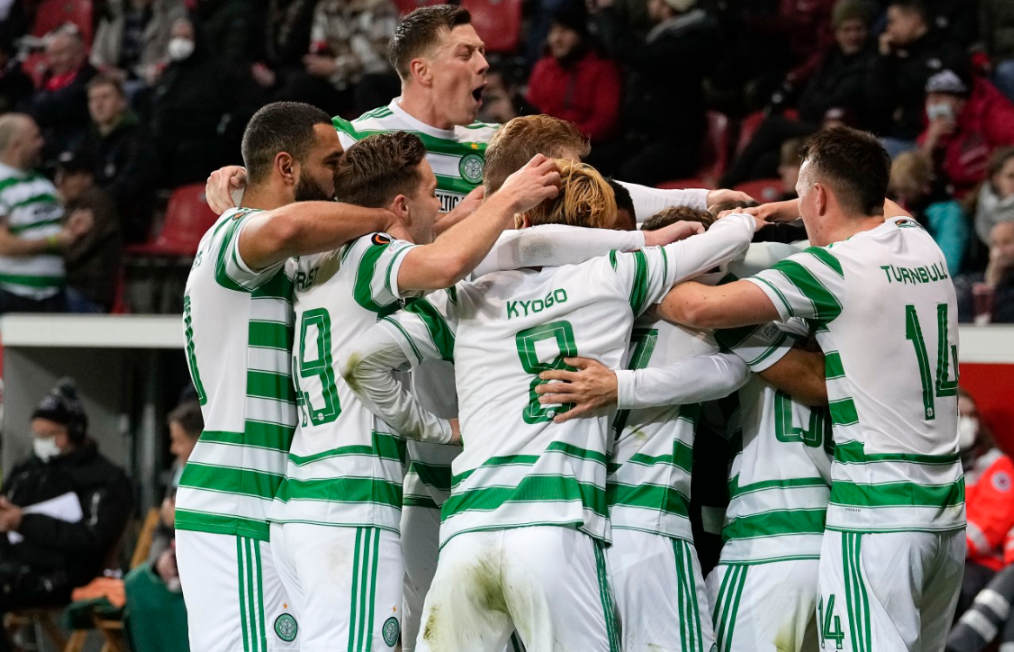 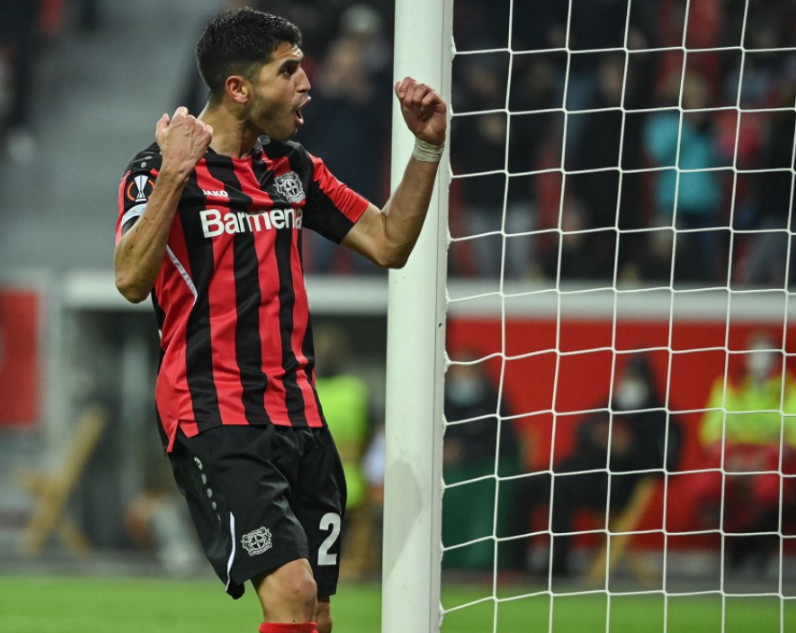 But two goals for the home side in the last 10 minutes send Celtic out of the competition.

He rose highest when a Florian Wirtz corner was whipped in but headed over from eight yards.

But Celtic didn’t learn their lesson and were made to pay shortly after. Wirtz again the provider from the set-piece and Andrich had the run on Welsh to flick a header into the far corner.

It took 18 minutes for the Hoops to threaten when kyogo threatened to break through before James Forrest’s cutback from intercepted by the goalscorer.

Kyogo then got in behind before dragging his shot across goal with Jota sliding in and it just escaping him – before the flag went up.

Then the pivotal moment for the visitors before the break. Jota sent a teasing ball in from the left which Turnbull and Kyogo attacked inside the area.

Turnbull just missed the ball at the front post but a flick took it away from Kyogo, with Hradecky catching the Japanese star with a flying punch on the side of the head.

The referee shouted for treatment and luckily there was no lasting damage. Then the referee was sent to the pitchside monitor and a penalty was given.

Juranovic – in a crucial moment in the game – opted for a Panenka penalty which clipped the bottom of the crossbar and dropped in.

But he was close to a hero-to-zero moment when gifting the ball away on the edge of his own box.

Paulinho picked out Diaby who crashed a thunderous effort off the post before it fell to Ralston, who couldn’t sort his feet out and Wirtz had an empty net and hit the other post.

Then another let-off for Celtic after the break, though this time it was outrageously good goalkeeping from Joe Hart.

Diaby was played clean through by Wirtz but his shot was saved by hart’s legs. The ball fell to Adli who just had to roll the ball home from eight yards, but Hart got back across and somehow denied the striker and kept the ball out when it seemed impossible to do so.

Two minutes later and Celts went ahead. Hart again crucial to a goal that sums up Angeball.

The keeper comes out and collects a cross from a free kick before pinging the ball instantly 50 yards to the feet of Forrest.

His flick is exquisite to find Turnbull and back to Forrest before a delightful one-touch pass finds Bitton racing through.

His pass into the area for Kyogo is cut out by a slipping Frimpong and Kyogo reacts quickest to lay it out to Jota on the left who has plenty of time but buries a left-footed finish across Hradecky.

Joe Hart was again crucial with two more saves from distance before Adli was sent clean through.

The striker only had Hart to beat and while the keeper stayed on his feet, it struck his right foot and flew just over the bar.

But he was beaten again with just under ten minutes to play. A rushed clearance from Ralston found Wirtz out wide.

His deep ball into the box was knocked back into the middle and Andrich was there again to smash a low strike from 10 yards past Hart at his near post.

And the turnover was complete moments later with only a couple of minutes on the clock.

Abada soft in possession and gave the ball away inside his own half.

The ball was played up to Wirtz who makes space inside the box before a delightful clipped ball towards the edge of the box, where Diaby waits and smashes a low right-footed strike flying beyond Hart.