FRANK LAMPARD admits injuries have forced him to play Timo Werner and Kai Havertz out of position.

Werner, a £53million summer signing, has yet to find the net in the Premier League in the opening three matches. 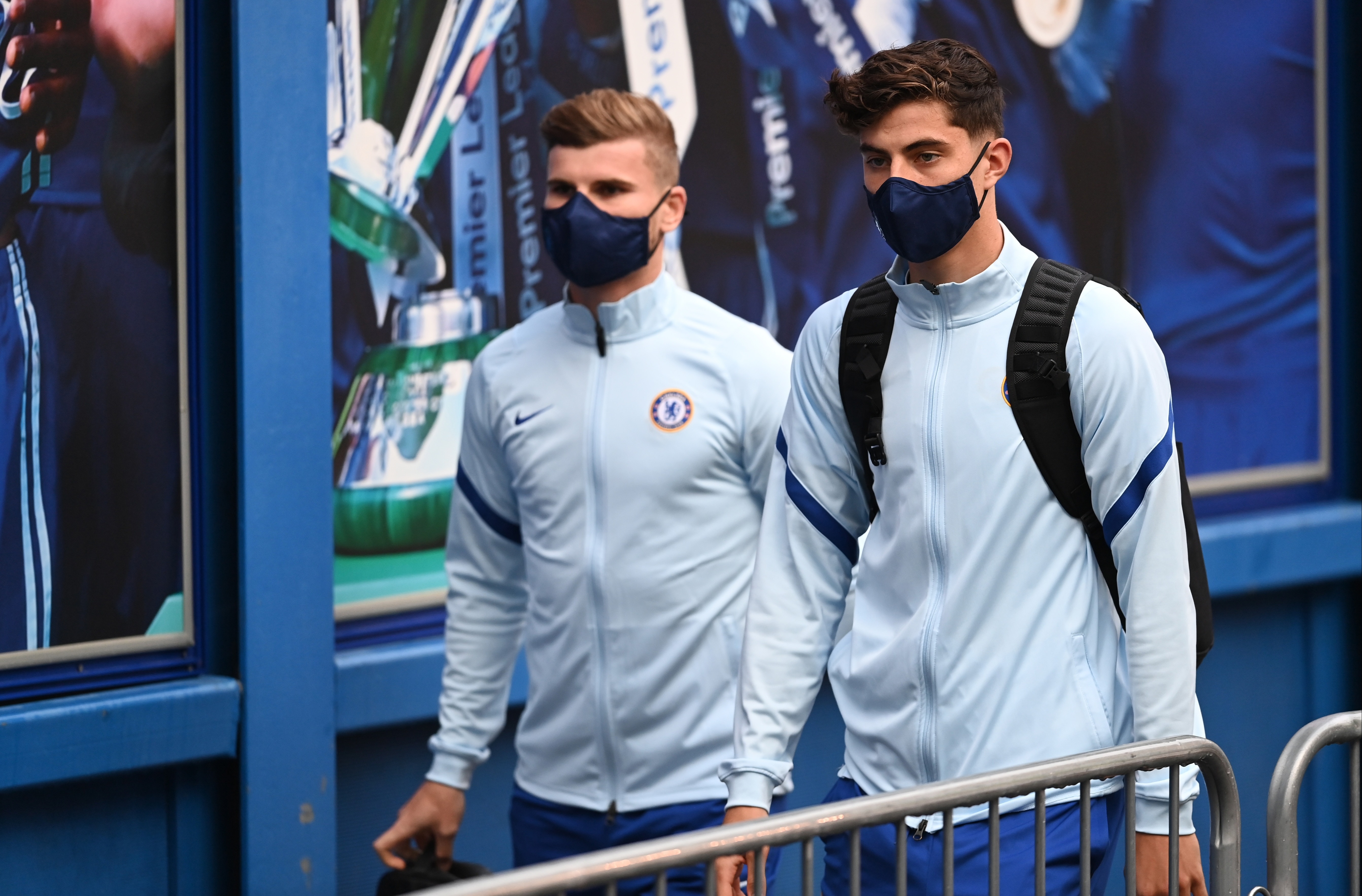 And Havertz, who arrived with a huge reputation from Bayer Leverkusen, has also struggled to set the Premier League alight.

After starting Werner in attack in the opening two games, Lampard stuck him out on the left in the 3-3 draw with West Brom with Tammy Abraham leading the line.

Similarly, Havertz has been asked to drift from his favoured No10 role in the side.

Ahead of Saturday's clash with Crystal Palace, Lampard said: "Timo and Kai don’t necessarily have favoured positions themselves but I have a clear idea of where I want them to play.

"At the moment, injuries have not made it that possible and sometimes you have to be adaptable in those difficult times."

Christian Pulisic remains one of those who has occupied the treatment table since the beginning of the campaign.

The American has been dogged with a hamstring injury picked up in the FA Cup final in August.

But Lampard admitted the winger is back within the squad and could feature tomorrow.

He added: "Pulisic is in the squad for tomorrow.

"He won’t start the match because of the injury he’s had and it’s been a difficult injury but I am very keen to get him back in there.

"It’s great to have him back for himself and for the boost he gives the team because he’s an important player for us.

"Hakim Ziyech is getting closer but he’s not quite fit enough to be on the bench.

"It’s been a huge miss for us not to have them fit at this stage of the season.

"Christian has been here for a year so he doesn’t have that bedding-in process that was part of his early time last year.

"Hakim is going to bring something completely different for us and I think they will help complement the attacking players we have because we’ll need to be able to use different players throughout the course of the season. I’m very excited to have them fit."