Home » Sport » Kentucky has the weapons to beat Florida, but the offense must be better 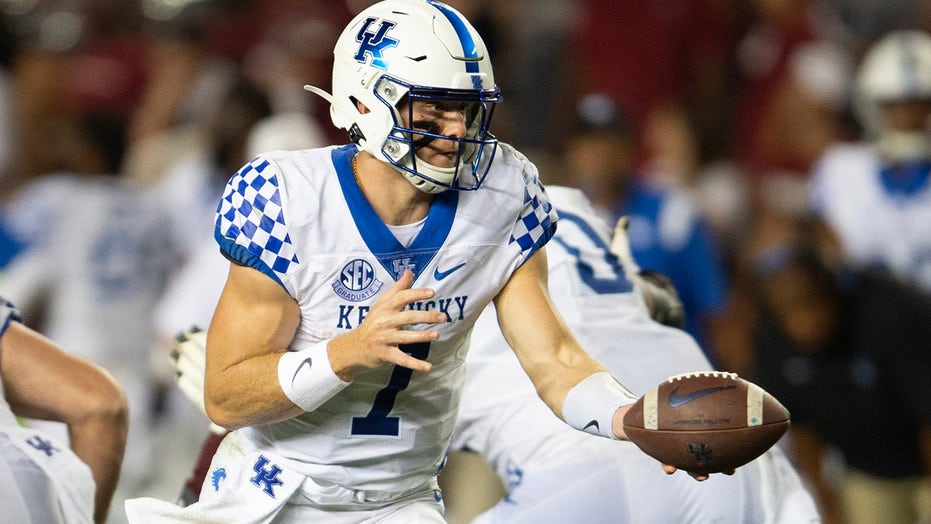 As we look towards the Saturday night matchup between Florida and Kentucky, it should come as no surprise that this could turn into a dogfight in the 4th quarter. But, for this to happen, the Wildcats will need to clean up some of the mistakes that have hampered them so far this season. The Cats are talented, but how that talent will match up against the Gators is the biggest question.

According to FanDuel, Florida is a 8.5 point favorite. 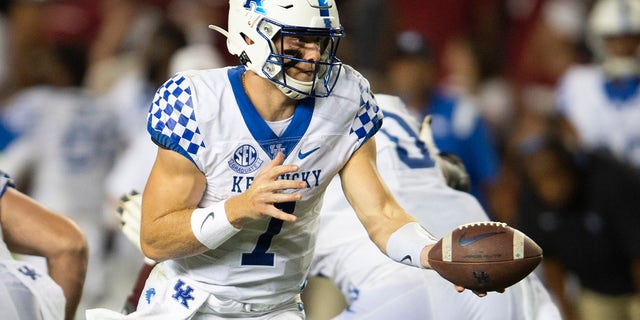 Kentucky quarterback Will Levis (7) holds the ball in the second half of an NCAA college football game against South Carolina, Saturday, Sept. 25, 2021, at Williams-Brice Stadium in Columbia, S.C.
(AP Photo/Hakim Wright Sr.)

The Kentucky offense has to rely on the ability of running back Chris Rodriguez, who is coming off a 144 yard performance against South Carolina and has 520 yards and 3 TDs on the season. The one problem that has caused folks to scratch their heads are the fumbles. Rodriguez has put the ball on the ground five times this season. This Wildcat team can’t afford to give opponents an easy out on defense. But Mark Stoops says he isn’t panicking right now. 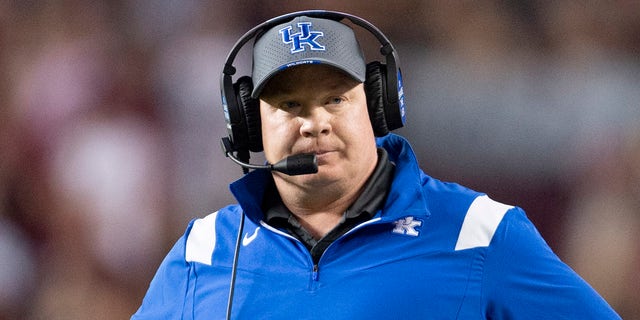 “He puts a lot of pressure on himself and he’s always amped up. He’s ready to work. So, I don’t think there’s anything that’s going to slow him down. He’s done some good things, he’s done some bad things, but he’s going to get better with every opportunity. He doesn’t strike me as a guy that worries about his confidence.”

Stoops added, “I’m not going to sit there and get in his head and I’m sure Liam (Coen) isn’t either. I have all the confidence in the world in him, and I know our team does.”

The opposing defense won’t look anything like South Carolina or Missouri, as this Florida defense has playmakers at every position. The Florida front seven have the ability to cause disruption in the backfield, which will be a problem the Wildcats will have to overcome, either with vertical passing or by making plays outside the pocket.

And there’s no question the Kentucky defense will have their hands full this weekend. Emory Jones can create plays with his legs and has become more efficient in his passing, so the Wildcats will have to prepare for multiple looks. The fact that QB Anthony Richardson should be ready to go for the Gators as well makes this Gators offense tougher to prepare for than in years past. Mark Stoops was asked how this team will prepare defensively for a team with two QBs who can both run the ball. 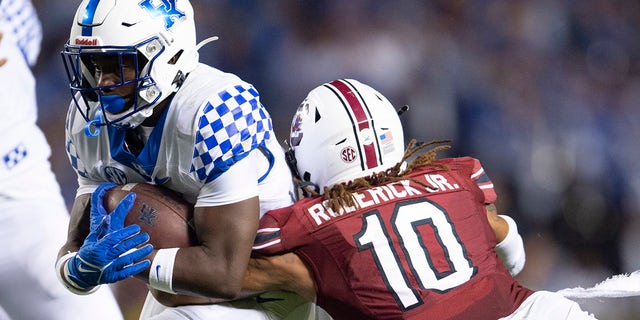 “Emory is fantastic and can beat you with his arm and his legs,” Stoops said Wednesday during the SEC teleconference. “He looks more and more comfortable with every rep. … (With Anthony Richardson), again, you see incredible arm strength, but also a guy who can run through you.”

The Cats will need WR Wan’Dale Robinson on Saturday, there’s no question about it. If this team is going to be 5-0 come Sunday morning, Robinson will need to play a big part on the Kentucky offense. It could be a tad worrisome that he’s been a bit banged up, but Mark Stoops is confident he will play.

“He is available to play. At this point, there are nagging things with people and it’s fair to say he has something nagging him.”

Kentucky simply must get a better outing from Will Levis. They cannot just rely on the running game, and they have to contain both Florida quarterbacks from getting outside the pocket and beating them with their legs. It might seem like a tall task to some, but Kentucky has the right players do it.

Kentucky just needs to put together a clean game and force the Gators to make mistakes. The Cats have come close to pulling the upset before, but close won’t cut it on Saturday. The Wildcats need a statement win to silence the critics.

Whether that happens or not is up to them. Either way, it’s shaping up to be an interesting game in Lexington.