Home » Sport » Kate Middleton and Emma Raducanu grin as they hit the court to play tennis after teen, 18, storms to US open victory

KATE Middleton and Emma Raducanu beamed as they hit the tennis court together this morning after the teen's storming win at the US Open.

Raducanu, 18, was the first British woman to win a Grand Slam Single's title since 1977 – and now faced royalty on the court. 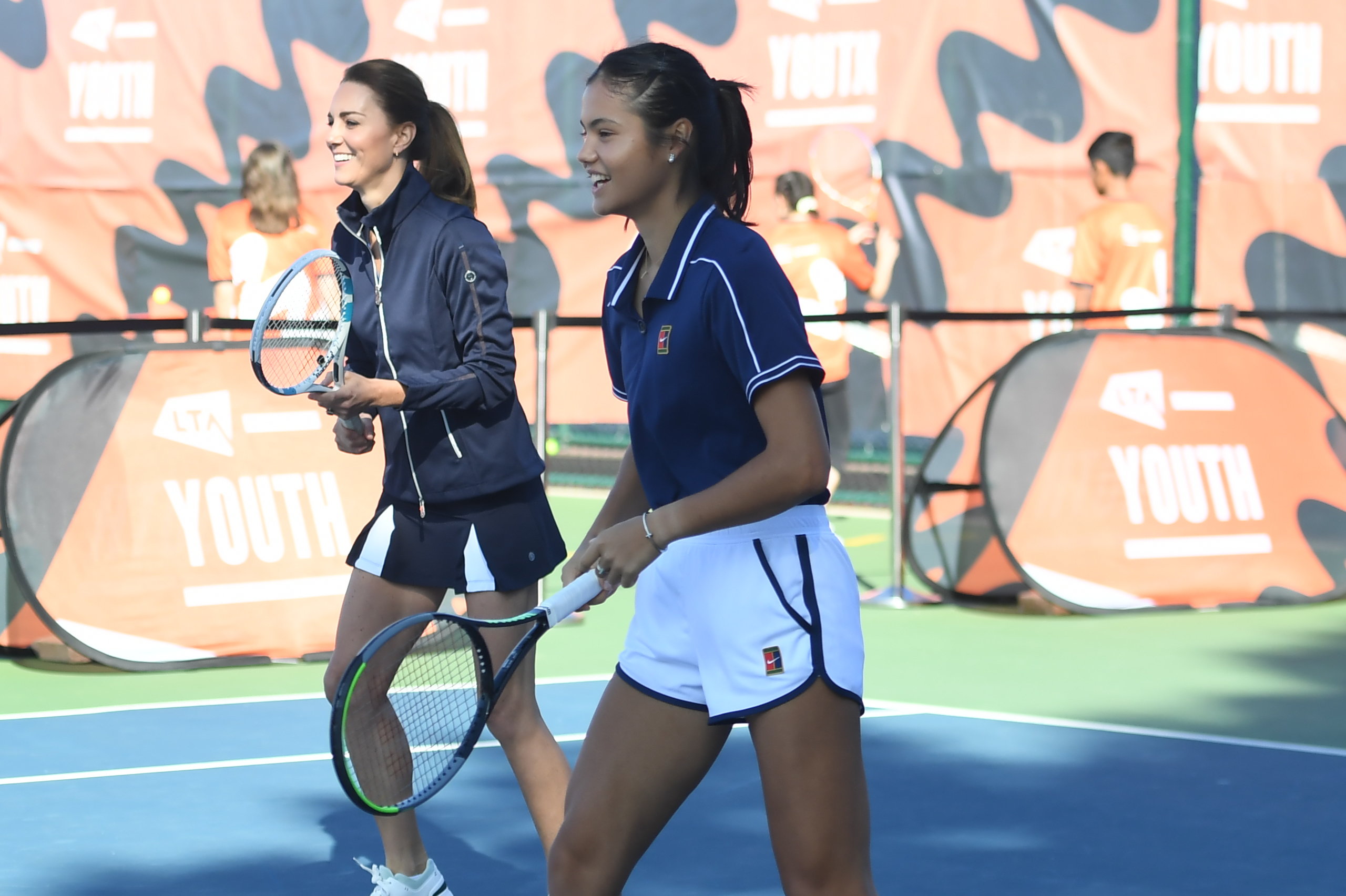 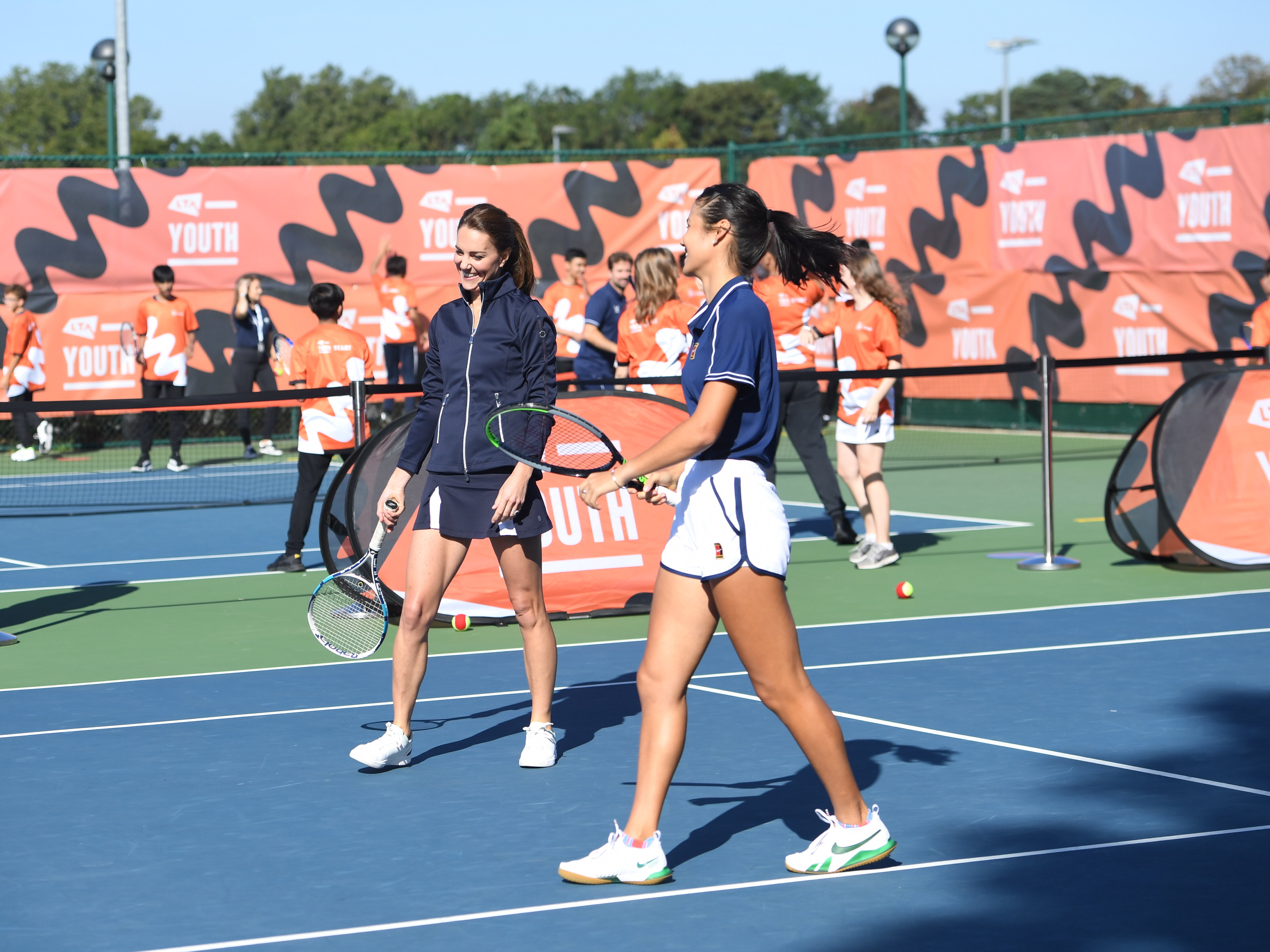 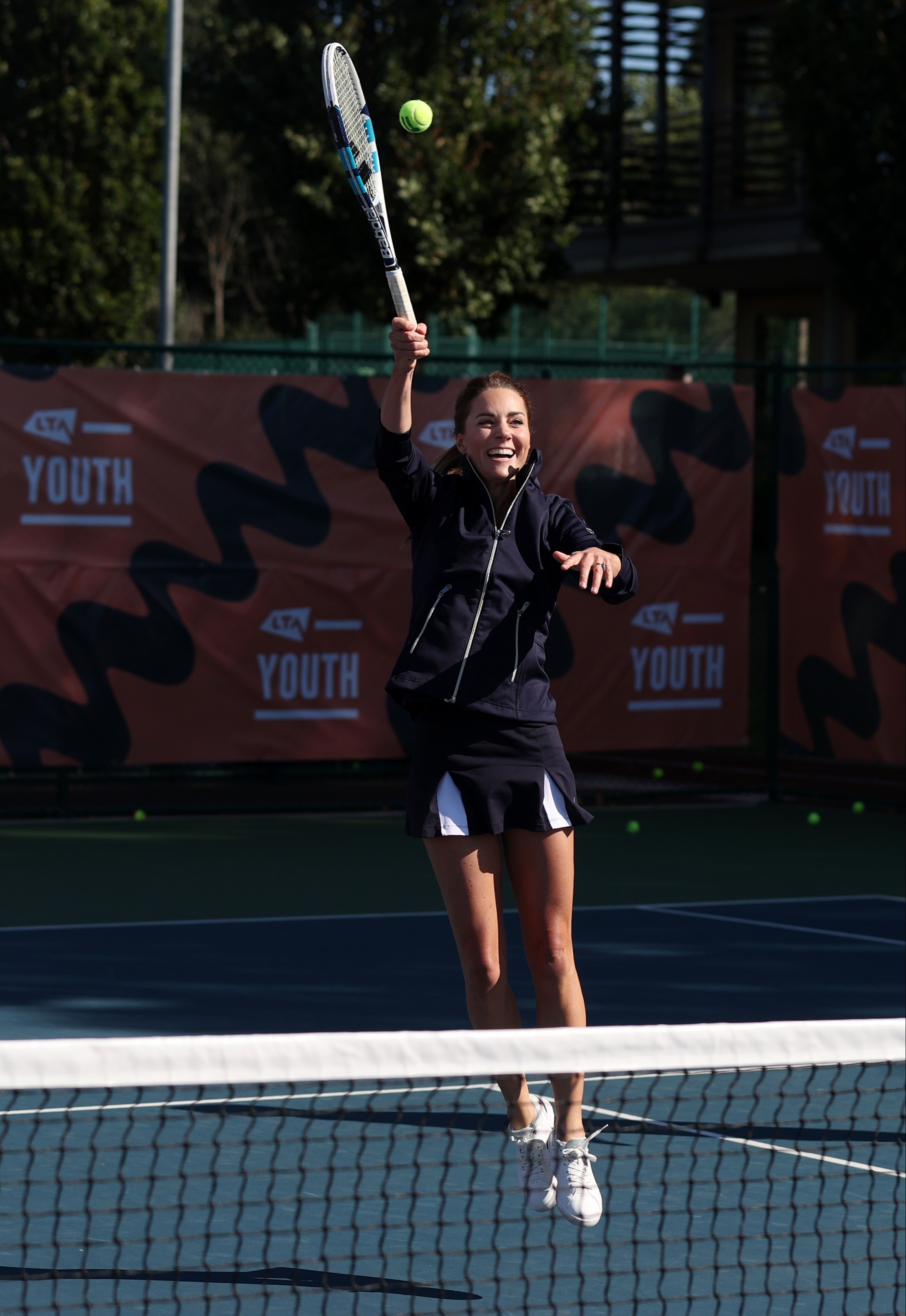 The Duchess of Cambridge gave Raducanu a smashing homecoming party at the National Tennis Centre in Roehampton this morning.

Kate, the Patron of the Lawn Tennis Association, played Emma in a friendly doubles match.

The Duchess, brandishing a racket and in her tennis kit, sat with Britain's new sports star along with fellow British US Open heroes Joe Salisbury, who won the mixed doubles, and Alfie Hewett and Gordon Reid.

"It's been so nice for all of you to come back here in your home country to celebrate back home."

The group then made their way outside onto the tennis court for a match – where the Duchess showed off her skills in front of the sporting royalty.

Kate is a keen tennis fan – and congratulated the teen when she won at the US Open earlier this month.

She is often seen at Wimbledon and was all-smiles earlier this year as she watched the women's final when Ash Barty triumphed over Karolina Pliskova at Centre Court.

This comes after tennis sensation Emma attended a dinner hosted by British Vogue and Tiffany & Co at London Fashion Week.

Raducanu is already a sporting icon but is now making waves in the fashion world, too, after attending the prestigious Met Gala in New York.

She rubbed shoulders with some big names at the London event, including activist and Nobel Peace Prize laureate Malala Yousafzai. 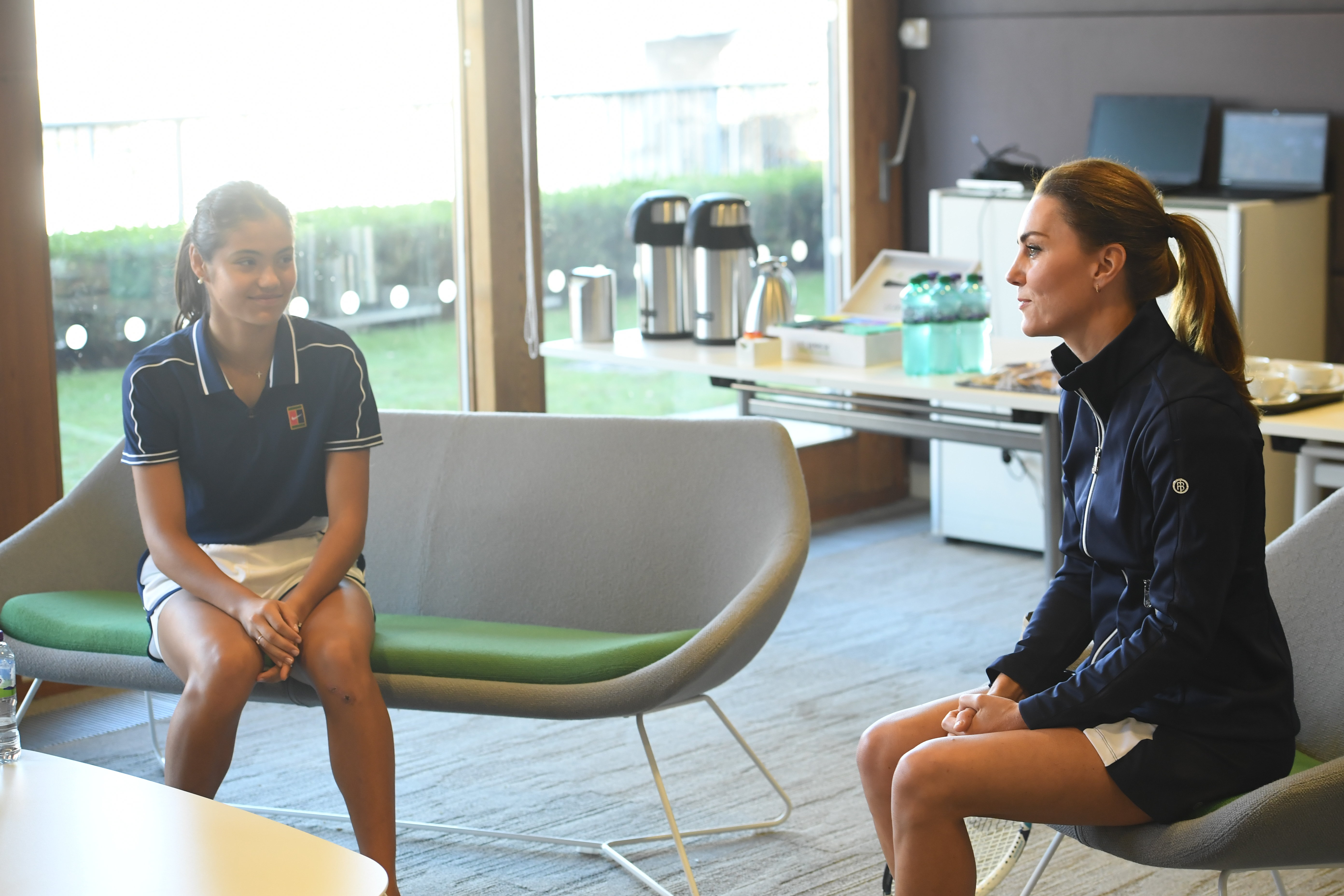 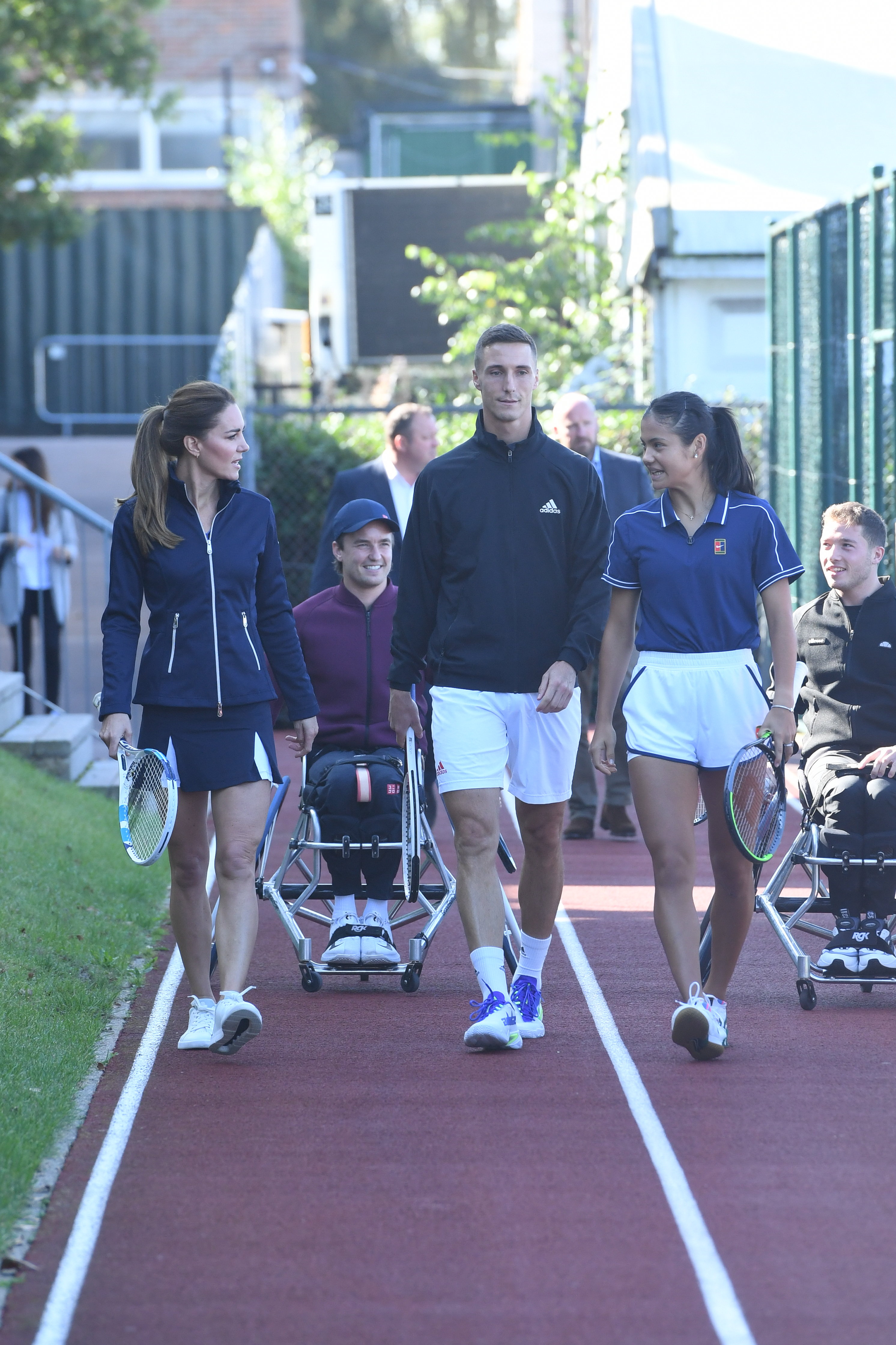 The Queen led a flurry of tributes to Raducanu after her win, sending an official note from her Balmoral holiday home.

On officially headed notepaper, Her Majesty said: “It is a remarkable achievement at such a young age, and is testament to your hard work and dedication.

“I have no doubt your outstanding performance, and that of your opponent, Leylah Fernandez, will inspire the next generation of tennis players.

"I send my warmest good wishes to you and your many supporters.”

And Andy Murray has hailed Emma Raducanu’s “very special” US Open triumph and welcomed it as a massive boost for British tennis.

The three-time major champion said his compatriot’s success in New York showed what tennis insiders had known for a while – that she was “really, really good”.

Raducanu became the first qualifier ever to win a Grand Slam title when she overcame Canada’s Leylah Fernandez 6-4 6-3.

The victory saw her become the first British woman to lift a major singles title since Virginia Wade in 1977. 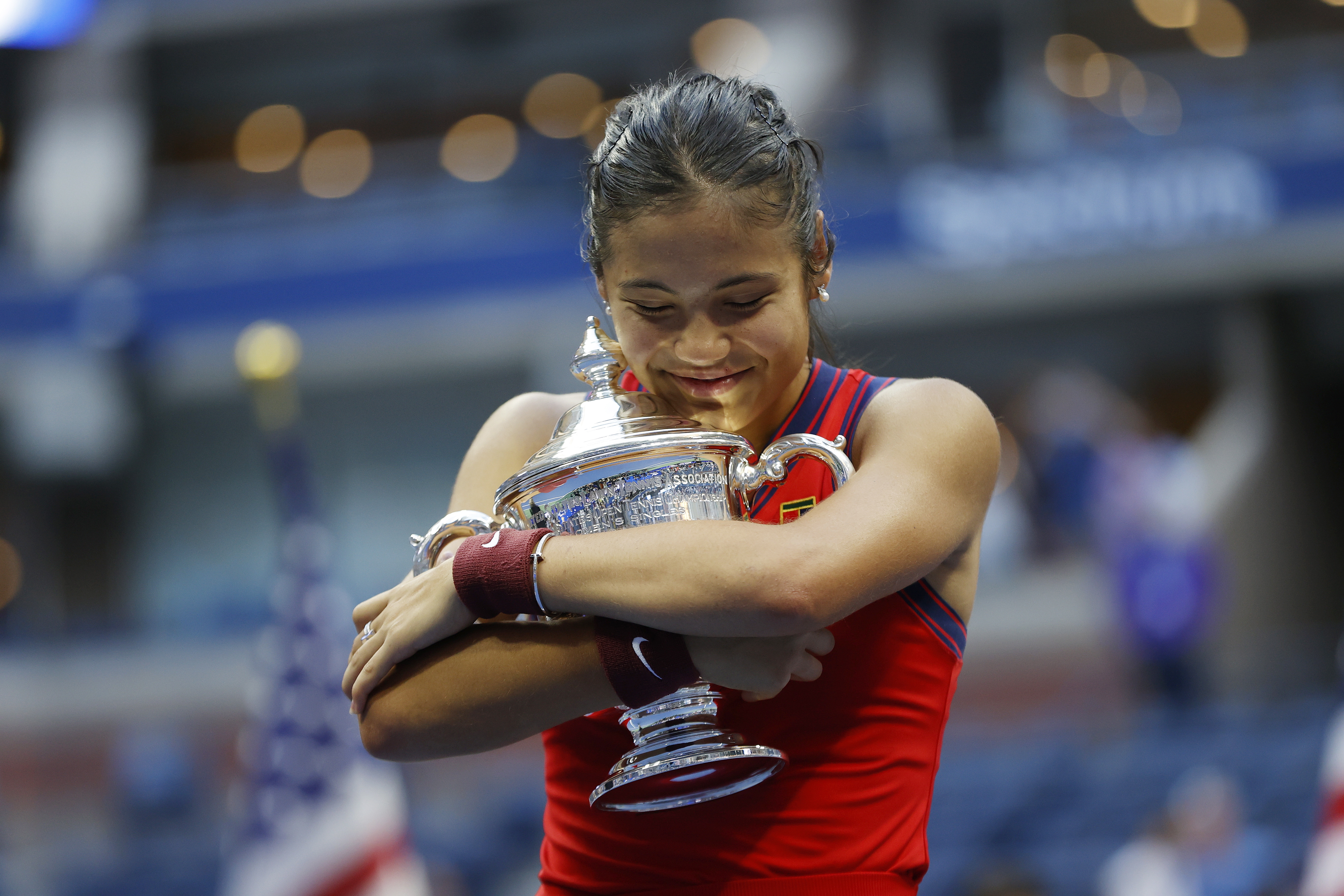 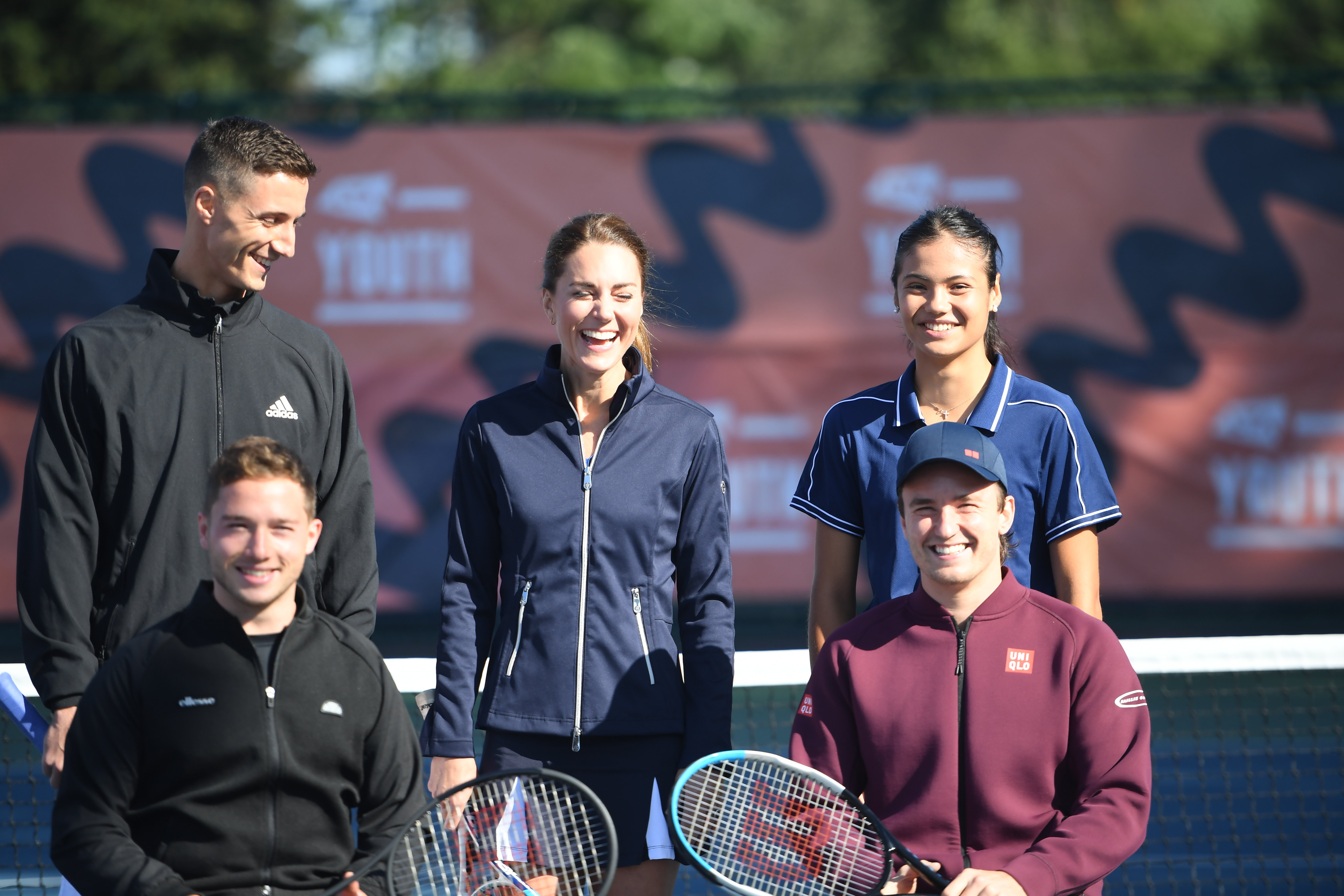